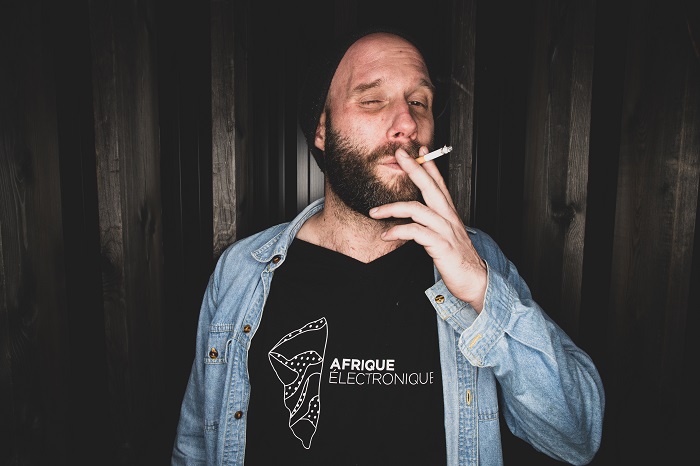 After an appearance on our radio show, Praktika gets in a dancefloor mood live from Lyon and stops by the PAM Club for a borderless set.

A few weeks ago, Praktika had offered us a guest mix about the sounds that had influenced him during the genesis of his album Benkadi. The result of five years spent between Mali, Benin, Chad and Ivory Coast, his first album can be experienced like an electronic travel diary, fed by improvised concerts, African live show culture, “the meeting with musicians, human relations and this life which is completely different from ours“, as he explained in a PAM interview. Surrounded by the Burkinabe multi-instrumentalist Simon Winsé, the Malian singer Fatim Kouyaté, the Ivorian percussionist Tusty N’Zoré and the group Kouroudwé, he recounts this singular life interlude through a perfect marriage between electronic music and traditional instruments, described by Dom Peter, boss of Blanc Manioc label, as “a sincere record, a lucid and direct music, a bit like a good wine“. Praktika has already put his keen sense of the dancefloor at the service of his productions, and the character is above all an excellent DJ. We gave him carte blanche in this solid episode of PAM Club!

“In this mix, I pictured myself in a CLUB situation, I even did my usual little dance steps, alone in my studio. I play gqom, techno, psychedelic Turkish disco, and a bit of maloya thanks to the superb rework of Salem Tradition produced by Alma Negra. I have fun, I dance, and I end up standing on the table in a Congolese maquis with the Minzoto Wella Wella Orchestra and the famous track “Lubutu” re-edited by Umoja.”