A few weeks before his passing on 28th September 1991, Miles Davis gave his final concert at a jazz festival in Vienne. Now, 30 years later, the recording has been released. Story by Jacques Denis, who was there…

Histoire
Portuguese‑speaking Africa: 10 songs for the end of a colonial empire

The Carnation Revolution spelled the end of Portugal’s colonial empire. From Cape Verde to Angola, Mozambique to Guinea-Bissau, we look back to the soundtrack of the years of liberation. 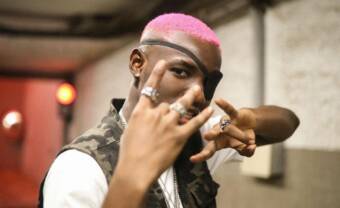 Interview
Ruger is switching things up

Ruger, the extravagant head of Nigeria’s new school talent talks about his social media come up, Afro Dancehall sound, and working with the prophetic D’Prince on his latest EP Pandemic. 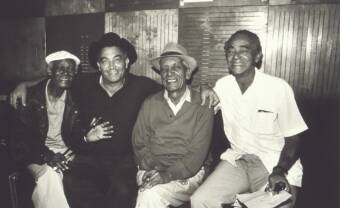 Interview
To the source of Buena Vista Social Club

This year marks the 25th anniversary of the Buena Vista Social Club album. For the occasion, the label World Circuit is reissuing a remastered edition enhanced with previously unreleased tracks and alternative takes. Nick Gold, who produced the record, tells us its story.

The young Nigerian superstar breaks down his path from his education at Lagos State University to the slew of hit singles working up to his debut album, High Tension 2.0.

by Tochi Louis
Read more
Editors' Picks
PAM Rewind: Jamz Supernova's world in 10 tracks
By Cortega
The word on Nigeria’s Twitter ban
By Christian Askin
6 iconic samples of Nigerian artists
By Tochi Louis
Marco Woolf on the living, breathing nature of stories
By François Renoncourt
Strength beyond all odds: A Tanzanian Albinism Collective
By Lucas Keen
Damon Locks Black Monument Ensemble: Withholding breath for the sake of others
By Nombuso Mathibela
Poté releases second LP A Tenuous Tale of Her
By Lucas Keen
Jujuboy Star on influence and impact
By Cortega
Ousmane Sembène, griot of the screen
By Lucas Keen
More News

The dancehall label brings the Jamaican vocalist and the Canadian collective together on the Showcase EP. Experience the first single, “TurnMiOn,” with PAM.  Part of I Jahbar’s Roolingz Musik collective, RDL Shellah recorded under the […]

The South African piano maestro is back with “Blue Bolero”, a delicate rendition of one of his originals, available now as a single. Abdullah Ibrahim  (who has also recorded as Dollar Brand) is one of […]

The video arrives ahead of the Panorama Route EP, the third project from the alternative South African artist. Espacio Dios is a songwriter, producer and artist from Mafikeng, South Africa. Known for his project Son […] 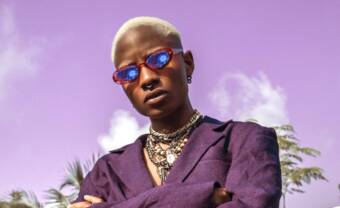 News
10 albums you should listen to this week

The Malian virtuoso returns for a close tête à tête with his kora, exploring Mandingo traditions, family history and Malian legends on eight tracks. Taking time off from sessions tied to his latest album, Djourou, […]

This week it is the turn of Kaval, live from Toulouse, to bring his sound to the PAM Club, a resonant, percussive mix inhabited by the sound system spirit. Until then, Rémi Kaval’s only tool […]

The Mexican artist OMAAR blends the sound of the London streets with Afro-Latin influences in a vibrant PAM Club appointment, announcing the return of the series.

Journey to the heart of the Wave Arising project with the techno figure 69dB and the dancer Kynsie for a zero gravity sound that is off the beaten track, sitting somewhere between live act and DJ set.

Here, the Indian-born New Yorker Sunken Cages delivers a complex, yet clean, episode of PAM Club in the spirit of his debut album that was released earlier this year on On The Corner Records.

Kleopatra Divine is a Rwandan DJ and digger who promotes female artists and understands the sweet science of undulating bodies. A member of the Noir Divine duo and close to the group Moonshine, this “zouk […]

Parisian collective DAWA, formed of DJ Ata, DJ Diyou and DJ Nek London, throws a three speeds PAM Club guided by an addictive Afro-electronic groove. A thrilling one hour overview of what these diasporic music agitators normally reserve for us in the clubs of the French capital. 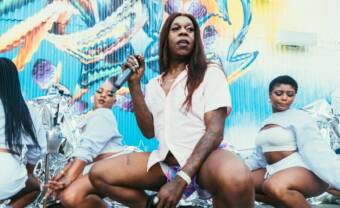 Feature
From Triggerman to Big Freedia: A beginner’s guide to bounce

Pan African Music gives you the 101 on the uniquely New Orleans genre, bounce, and the need-to-know on its global ascent. 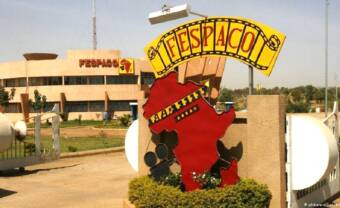 From awkward presidential entrances to prize winning soundtracks, music has scored the iconic film festival that brings together filmmakers from across the continent and diaspora since its inception in 1969.

Profiles
Aymos’ Yimi Lo reveals the man behind the voice

The little prince of amapiano has made a name for himself signing some of the biggest hits of South Africa. Yimi Lo, his bright debut album, proves nevertheless that it was never the singer’s goal to fit the mainstream. PAM spoke with Aymos about his new project and his journey.

A brief history of the Luo clan’s great musical contribution, Nyatiti, an eight stringed pentatonic lyre with a percussive base.

After years of being known only by his famous tag (“Yo Rexxie Pon Dis One!”), Nigeria’s super producer now has a 17-track album under his name. PAM met with Rexxie to speak about A True Champion and much more. 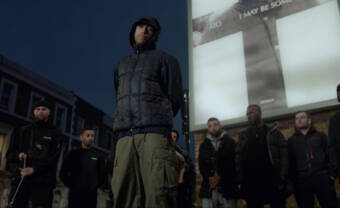 Interview
ATO: A tale of a few cities

PAM spoke to thoughtful Leeds based rapper ATO about lyrical honesty, relatability, and collaboration ahead of a return to live gigs. 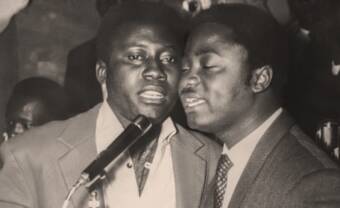 Histoire
The other heroes of the Table Ronde

On 30 June 1960, the Congo (DRC) became independent. Alan Brain, director of the movie The Rumba Kings, and Manda Tchebwa, historian of Congolese music, have reconstructed in detail, with the help of archives, African Jazz orchestra’s journey. On their way to Belgium, the orchestra was in charge of brightening up the nights of the delegates participating in the negotiations, and composed the ‘Independence Cha Cha’.

The story of how the iconic label and its roster embraced newly independent Africa in the 1960’s. From Ghana to Nigeria and on to Tanzania via Art Blakey, Lee Morgan and McCoy Tyner 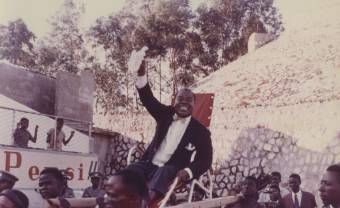 When the African-American trumpet player and singer Louis Armstrong arrived in the Congo, the newly independent country was going through a major crisis. But his voyage was met with wild enthusiasm and inspired the group African Jazz to write him a song of welcome. An expression of social and political life, the Carnival is also a liminal space of transgression, offering a celebratory freedom of expression synonymous with challenging the powers that be. 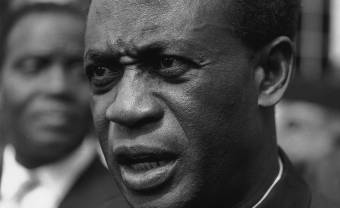 In the mid-1960s the father of an independent Ghana was becoming increasingly authoritarian and discontentment was growing, particularly amongst the military. Ghana was entering a period of uncertainty. 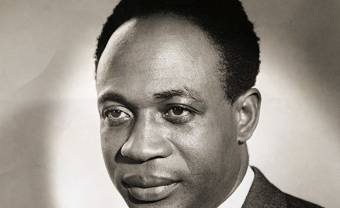 Série
After the sun of independence come the rains

Ghana opened the floodgates to independence, but the storm clouds soon formed over Kwame Nkrumah’s head, caught in the net of the Cold War. Music, as always, accompanies these events. Ghana Freedom (4/5) 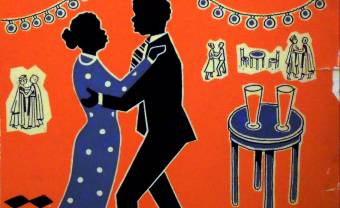 Série
Highlife, the soundtrack to a new era

Ghana Freedom (2/5). On the eve of independence, highlife music was in vogue in Ghana. 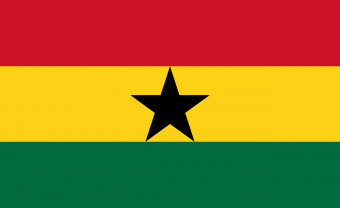 Série
The black star of Ghana in the firmament of independence

Ghana Freedom (1/5) | Ghana, the first sub-Saharan African nation to gain independence, was like a guiding star for those dreaming of freedom. 64 years ago Gold Coast won its freedom and became Ghana. We look back on the music surrounding this event, a glimpse of independence for the whole continent.