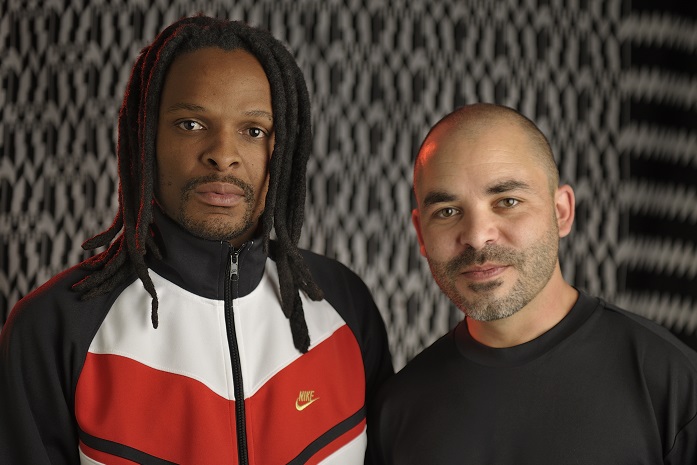 To celebrate the release of their new single, “Sukuma,” the fairy-fingered duo Montparnasse Musique share their love for Africa in a distinctive electro-acoustic DJ set.

The duo made a very noteworthy debut in March with the hit “Panter” and a frenzied accompanying visual featuring children playing in the streets of Kinshasa with the space turned into a makeshift playground. With the support of the Kasai Allstars already secured, they also turned to the Congolese group Mbongwana Stars for “Bitumba,” a new fusion track that further electrified the concept of Congotronics. Their PAM Club set marks the release of the third and final single prior to a September 3 self-titled EP. In line with previous works, “Sukuma” lays down hypnotic instrumental loops on an Afro house beat, allowing the singer Muambuyi – also a member of Kasai Allstars – to perform freely for a singular and delightful resulting sound.

In Lingala, “Sukama” describes “the motivation and excitement of taking someone to a dimension that makes them want to move their body, like healing trance or a spirit that takes you to another physical or mental level.” This track represents the starting point of a collaboration between the South African house music star Aero Manyelo and the French-Algerian turntablist Nadjib Ben Bella (aka DJ BoulaOne), official DJ of Les Amazones d’Afrique. The two artists met after a show by the band Batuk – which is also referenced in this mix – at the Montparnasse metro station. The moment turned into a nightly jam session and that’s where “Sukuma” was born, laying the foundations for a singular soundscape where the acoustic sounds of Congo and elsewhere collide with the electronic sounds of South Africa.

« We are very happy to share this mix with you to celebrate the release of “Sukuma,” our new single. Thanks to Pan African Music for the invitation! After discussion, we went for a Pan African direction, proposing some gems and exclusives from our partners Teka, Crammed Discs and Real World X. It also includes a simmering remix (feat. Boy Fall & Jon Grace) from the latest remix EP by Les Amazones d’Afrique. Now let’s dance! »

Check out Montparnasse Music in our Afro + club playlist on Spotify and Deezer.

You can also find more info and buy their music on Montparnasse Music and via their label Real World X.