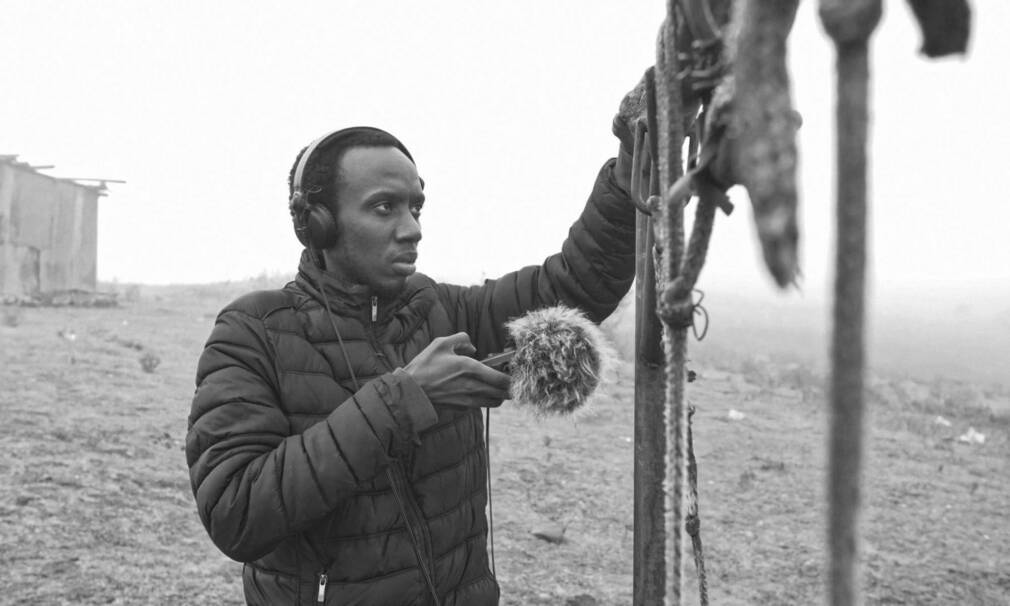 The Kenyan producer continues his exploration of ambient music and field recording.

Born in Nairobi, KMRU, whose real name is Joseph Kamaru, studied at university in Berlin. A sound artist and producer, he is inspired by sound exploits and field recording that he uses to improvise a melody, mixing different sound practices. Discovered via his Extra Muros compilation of the Flee platform, and from his releases on the SHAPE platform (an innovative space for music and audiovisual art), KMRU has received acclaim from international radio and media outlets, such as NPR, Pitchfork and Bandcamp, making him an artist to watch in the ambient scene.

Ahead of the release of his solo project, KMRU has transformed “Overlay,” a track by the pianist Koki Nakano from the album Pre-Choreographed. This peaceful remix brings on a meditative state, imbued by a touch of melancholia. KMRU explains: “I used the process of sound granulation a lot and slowed down the tones of the piano sounds.” For him, the remix explores “stretched and repetitive patterns, providing a foundation for a state of tranquility and introspection.”

Catch KMRU’s remix in our Songs of the Week playlist on Spotify and Deezer.