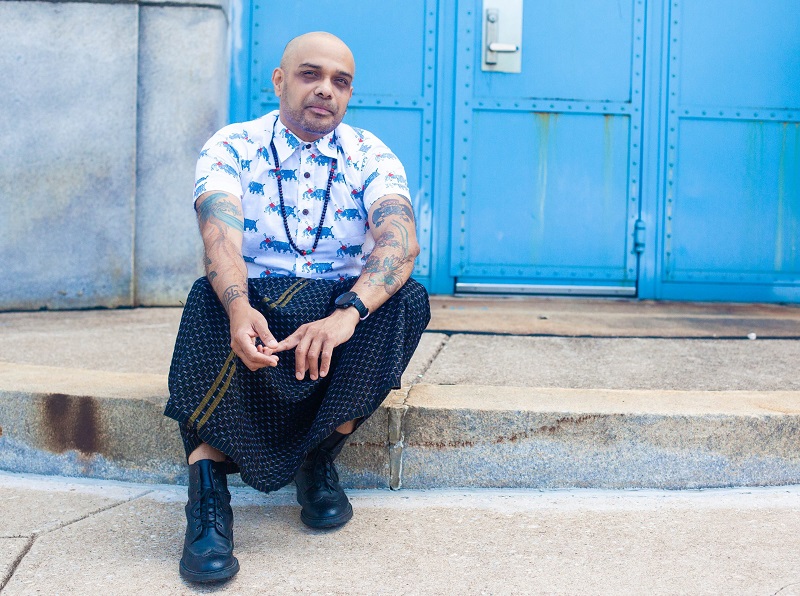 Here, the Indian-born New Yorker Sunken Cages delivers a complex, yet clean, episode of PAM Club in the spirit of his debut album that was released earlier this year on On The Corner Records.

Once a civil engineer, Ravish Momin’s passion for percussion took over in 2003. He had been taking lessons with avant-garde jazz drummer Andrew Cyrille since the late 90s before turning professional and  championing a unique style that has seen him work alongside renowned saxophonists, violinists, drummers and bassists. But for Ravish, jazz is just a small sample of his vast skill set. It is for this reason that he approaches beatmakers and rock bands with the same signature ease, something he put to use with Shakira, for the record. Initially the leader of the alternative jazz group Tarana, he has since begun a new project focused on improvisation and Afrofuturism with the Haitian percussionist Val Jeanty. Turning Jewels Into Waters – represented in this set via two tracks – is the result of a collaboration in which voodoo culture feeds on Indian folklore and black music.

Under his frantic Sunken Cages persona, he creates clever, improvised electronic music with loops inspired by both his roots and alternative sounds from the streets of Africa, such as gqom and kuduro. This year, he released When The Waters Refused Our History, a rough and colorful debut album. Gathering traditional instruments around electronic percussion, he communicates historical and cultural elements that are close to his heart, like on the PAM-featured track “Song for the Zanzi”. Also a teacher for the last 14 years, the man who has been combing New York City to pass on his knowledge to promising young talent now gives us all a lesson in DJing!

“Some of the new inspirations behind Sunken Cages. In this mix, I channeled ancient chants, dark synths, street rhythms from Kinshasa to Miami and beyond, invoking dances of resistance and healing.”

More info on Sunken Cages and all of his side-projects here. Sunken Cages’ album is available on Bandcamp.