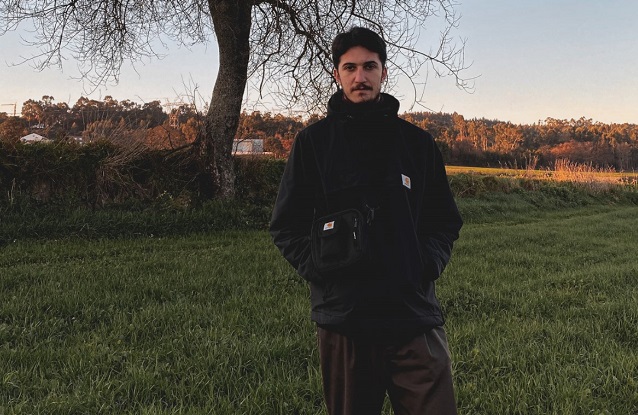 Portuguese DJ and producer invites us on a one-way trip between Lisbon and Durban with a progressive dancefloor set.

Porto-based Mesqit is a young producer who blends Afro-Latin cultures, as well as occasional Japanese sounds, with the lo-fi hip-hop vibes that have driven him since the beginning. One half of the Portuguese rap duo Hate o’8, he began his first solo productions in 2017 and now boasts a discography of 6 self-produced EPs. In creating a musical personality based on his roots, he concocts a dark and incisive bass soundscape. On Concord, which marks a tribute to oppressed Arab peoples, he combines instruments from the Middle East with dub, dubstep and trap. Mesqit also dreams of samurai adventure on Fantomutawā and walks the path of abstract hip-hop, which can sometimes conjure disturbing effects, like on Retro Life, or brighter horizons on Human Feelings. Recently, Mesqit is has gotten closer to the Portuguese club scene on Dale / Duro and on the compilation Expiation via the emerging Peruvian label Sacrilejio Records. Here, he adopts this dancefloor spirit through this exclusive set.

“On this mix, recorded for Pan African Music, Mesqit explores the diversity of what Afro rhythms have to offer. Playing genres such as Afro House, Baile Funk and Gqom, this mix takes everyone on a progressive musical journey, starting with smoother beats that prepare the listener for what comes ahead before wrapping up with the chaos of low-end, Gqom bass.”