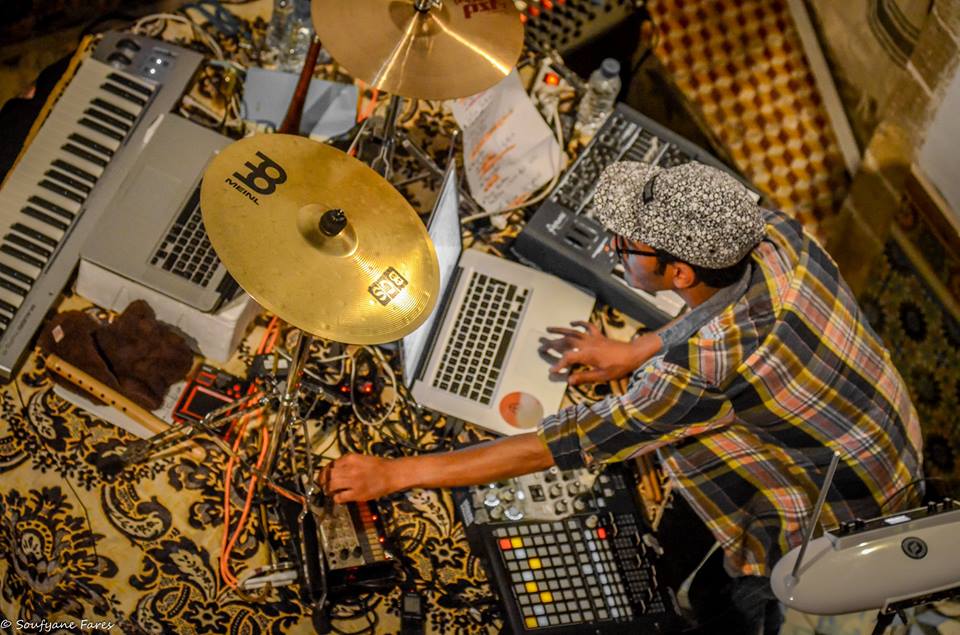 For this new PAM Club episode, we welcome Guedra Guedra. The Moroccan DJ/producer shows his skills in an eclectic set recorded during lockdown, following the release of his latest EP Son of Sun.

“I was supposed to play at the Plus Loin Ailleurs event at FGO-Barbara in Paris,” he says. And I was informed the same day (March 13) that the evening was not happening, because France had just decided to cancel all events of more than 100 people. Morocco immediately announced the closure of its borders, especially with France.”

Considerably impacted as an artist with the cancellation of all his dates, this lockdown is, according to him, a good moment to “review our way of living, whether in our consumption habits or in our management of priorities, while enhancing our social relationships.”

This mix is ​​therefore a window to the world of Guedra Guedra, who shares modern dancehall, old polyrhythms, tribal bass music, and other psychedelic underground sounds. “Even if it’s a long way off,” he concludes, “I take the time to prepare and produce new things to share with my audience. I see this social distance with an optimistic eye, and with a little solidarity, we will come back stronger!”