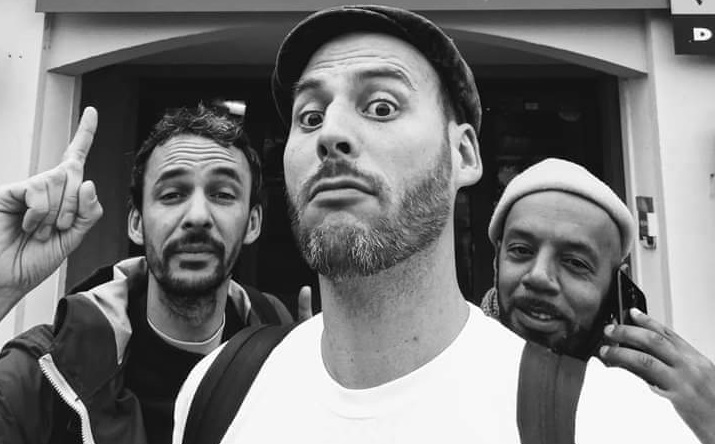 Following Voiciiiii, an album released last February, the Voilaaa crew has lent us a regular feature on their bill, DJ Freakistan, for a PAM Club session. For this exclusive DJ set, he presents a selection of tracks that inspire the crew on stage and in studio.

Despite the crisis, the Voilaaa project has kept on going. After a series of singles in the form of a double tribute to Manu Dibango and surprise sunny records, the collective has released its third album, a joyful canvas of modern Afro grooves, composed as a family unit. In addition to Lass and Pat Kalla who are now an integral part of the collective alongwith Patchworks and Freakistan, this vibrant album showcases David Walters, Rama Traoré, Boris Pokora and Ayuune Sule, as well as many guests who provide color, born from meetings and exchanges during Voilaaa Sound System tours. At the helm of this famous Sound System project, we find the ambianceur Freakistan, a digger before the eternal powers who shares a noble philosophy: “No aesthetic barriers, geographical borders replaced by viaducts of music, a journey among the cultures of the world, current, ancient, and always at the service of the dance. In his parties, for snacks, in Block parties or on the radio, the goal of the game is to take people on a journey where quality and sharing take precedence over demonstration and attitude…”

Freakistan tells us more about his mix: “Behind the production of Voilaaa’s albums is Bruno ‘Patchworks’ and a host of talented guests. On stage, the spirit of Voilaaa comes to life in the form of a sound system mixing both fresh productions and rarities that I hunt with passion. Once looped, these wonders of the past and future world offer room for improvisation like the B side of an old Jamaican 45. I started on a vinyl thing, roots, deep Highlife as I like and not only… The selection to listen today includes tracks sewn in the ears of Voilaaa Sound System that provide fertile ground for improvisation on stage. It’s spring, we have the right to make gardening metaphors!”

Find Freakistan on his website (des mixes radiologiques de 2h délivrés chauds chaque semaine), on the radio (hours and hours of mixes recorded over 20 years on vinyl and between friends) or on Mixcloud.