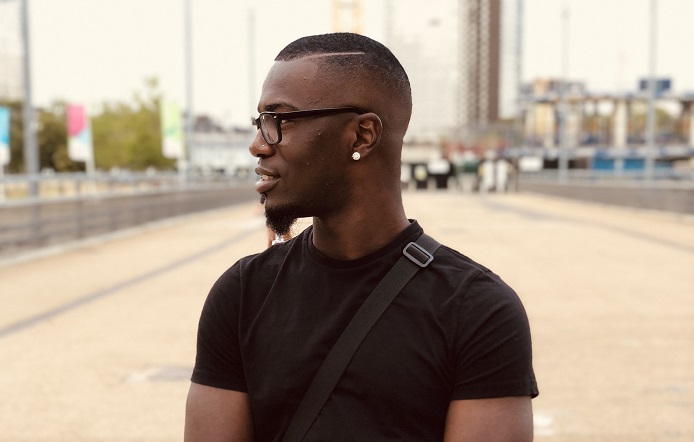 The Portuguese artist presents productions made alongside his brother DJ Nervoso in a wild mix where kuduro and batida from the Lisbon ghettos lead the dance.

Dariiofox, real name Dario Magalhaes, is a young London-based DJ and producer who was born in Portugal. In 2014, at the age of 15, he discovered a passion for music and, through an interest in production, found his way to the turntables. Under the influence of his brother DJ Nervoso, he proceeded to take over on SoundCloud with inspired beats of tarraxo and batida, proudly waving the flag of his crew Filha Da Mãe Produções alongside Game Over, Baley-Cox, Bruts, Dadicoox, Puto Nelo and Brunofoox. In addition to this exclusive set for the PAM Club, we asked him a few questions

London is definitely one of the places to be in terms of electronic music. How do you use the influence of this city in your productions?

That’s a hard question to be honest. I would say that I don’t get that many influences from electronic music but from the people I find in the streets of London playing different instruments. Sometimes I find Africans or even Jamaicans playing some percussion and, if it sticks in my head, I get home and try to put what I heard into FL Studio (Fruity Loops) and make my own version.

How did your brother DJ Nervoso influence you?

I get a lot of inspiration from my brother. He’s one of the main keys in my productions. I’ve always had the sound of batida since I was a kid and I would listen to him producing and just be amazed about how quickly he could work. As the years went by I decided to play around with the software myself when I was 12/13 – I’d say and I was even using the demo version. I couldn’t even save the projects but it wasn’t that great so I kind of lost interest at first … Then I downloaded the full software. I was like 14 and that’s when I actually began to take it seriously. Every beat I would make I would send to my brother for feedback. He’d say I’m getting there but needed to keep practicing so I kept going. When I was 15/16, I met Dj Danifox because I was living in Leeds first, and I found out he was a DJ so we got in touch and from that moment we were making beats mostly everyday.

What is the purpose of the FDM crew, what brings you together?

FDM isn’t just a crew anymore, we are a family now. The group was already built and I was the last one to join. I found out from Brunofoox they had a group of DJs so I asked if I could join. Puto Nelo knew me as well and I think they were discussing if I could join or not and Puto Nelo gave them good feedback about me, so I joined at the end of 2015. From there we had a very strong connection between us and I knew that I had made the right choice. We consist of DJs and producers. We all produce except Dadicoox and Game Over who are still learning how to play around with FL Studio.  Altogether we are 7: Game Over, Baley-Cox, Bruts, Dadicoox, Puto Nelo, Brunofoox, myself and we have also Dj Rogii and Dj Rafafoox. I would say they are like our leaders, the ones who give us advice and feedback on our mixes and beats. It’s been a long journey together and I know we will get where we want to go in the future, we just have to keep working and showing who we are.

What did you do during the lockdown, musically speaking?

Lockdown just gave me more motivation to keep producing. I would wake up to do what I had to do, turn on my computer and start producing. I was making beat after beat, but I never finished them. I just created the idea in one pattern and left it there because when you keep listening to the same thing again and again it gets boring. I just leave it for another time and crack on with a different one. I even forget about some of them and after a while when I open them again it sounds different and better than the first time. Then I just add more ideas to it and that’s it. Beat done.