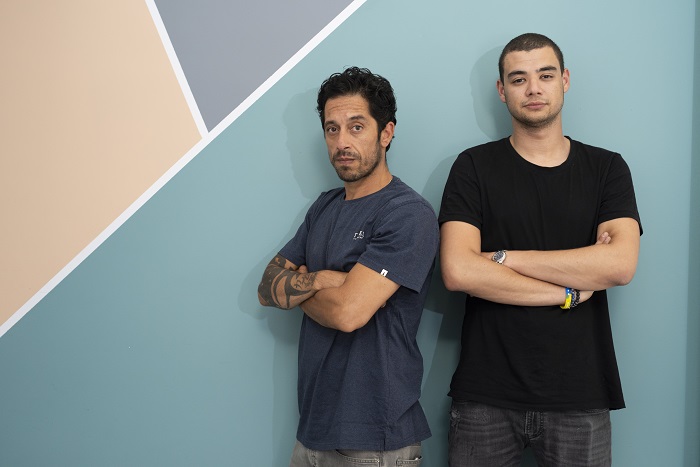 The Swiss-Uruguayan duo have released Seven Seas, an Afro and Latin house summer gem that features a host of international names. Listen to “E Fura” and hear from the artists.

Sparrow and Barbossa are the self-professed pirates of the house scene, sailing out in search of beats to bring back to the world’s ports. Sparrow is embodied by the Swiss pianist Bryan Coletta, the son of guitarist Francis Coletta, who worked with Whitney Houston, Quincy Jones and Frank Sinatra. His background compliments the style of his shipmate, Barbossa, the Uruguayan Emiliano Haberli, who grew up in a region dominated by an Afro-Uruguayan population influenced by Candombe, a tribal genre born in the colonial era. Together, they offer electro-organic fusions on numerous Afro-house labels including MoBlack Records, Inward and Redolent Music. The two spent the crisis locked up in Madrid, letting their souls escape and find inspiration in different cultures and genres. It was an experience that fuelled the desire to release their debut album, launched via “Quando Te Veo” in collaboration with the nu-jazz veterans Mo Horizons. Resulting from this context, Seven Seas sounds like a post-lockdown rave where the pent-up dancing energy of the last year comes flooding out. On the guest list, their Spanish mentor, DJ Chus, the Kenyan singer Idd Aziz, the Cuban group Los VanVan, who bring a Latin flavor, the Moroccan pioneer Cee ElAssaad and Floyd Lavine, a rising star of the South African electronic scene. “E Fura,” offers a taste of this vast soundscape, a vibrant blend of synths, guitars and percussion, created  in collaboration with Dele Sosimi, the Nigerian Afrobeat ambassador.

How did your work on music change during lockdown? Is this album the result of that particular period?

The truth is we used this period to fully dedicate ourselves to producing. It has been a blessing in disguise to go through these hard times. The album definitely came out of this new concentration, on the production side of things, that came from lockdown.

Who does what in the duo?

Barbossa is a percussionist. Therefore, he handles the rhythmic parts, both in our live performances and in production. During DJ sets he plays electronic percussion on top of that. Sparrow on the other hand is a pianist and audio engineer. As such, he produces the melodic section and handles the melodic and effects aspects of our live performances. The fact we are both musicians means that we see electronic music in a different way, perhaps, more organic and closer to our roots.

How did you select artists for collaboration?

We honestly work on a feeling basis and we really like to work with simple people like us, ones that do things because they like what they hear, or because they feel it like we feel it. We have a super friendly relationship with everyone we collaborate with. We really look for complicity and collaborations that really bring something extra and innovative to what we already do

The featured guests bring Afro/Latin vibes, would you describe your music as Afro or Latin-house, in your own words?

Latin house results from African cultures translated to the Latin American continent, they’re very deeply linked. Yes, our music is mainly Afro or Latin house, but in the end what we have always tried to do is to transmit traditional music through electronic music, no matter its background or ethnicity. We consider ourselves to be ethnic music ambassadors that re-work sounds and translate them to music that makes you dance. We also put an homage to Spanish flamenco on the album, which results from North African influences.

Is this what you wanted to express through the title Seven seas? Showing the world through house music?

Sparrow and Barbossa is a pirate duo. Pirates explore seas and we tried to dive into the legacy of as many cultures as possible and put them together in creation of an album inspired by music from all around the globe. Another major goal we have for the album is to democratize this multicultural legacy for as many people as possible through music they can dance to.