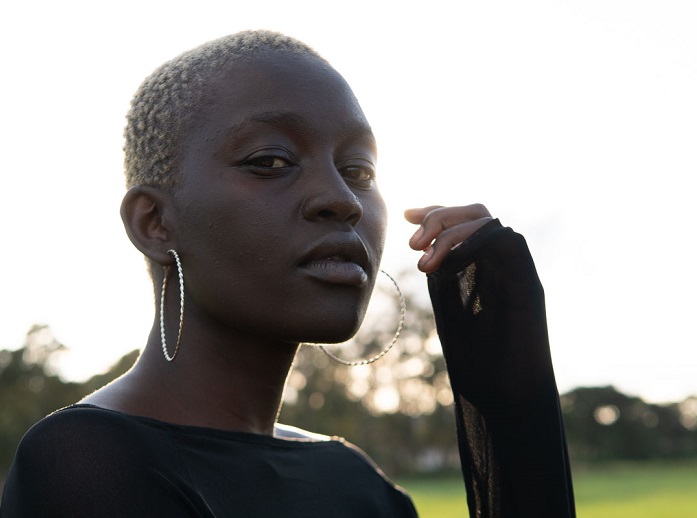 Turkana is a Dj, producer and model delivering hard-hitting sets that wave the flags of South Sudan, Kenya, and Uganda, the three countries she grew up in.

Born in 1997, Anita Kevin is a South Sudanese DJ who grew up in a refugee camp in Kakuma, in the Turkana region of Kenya. It was here that she got her stage name but many years later that she discovered an almost instant passion for production and DJing. Beyond her first love, fashion, she  was invited to participate in a workshop organized by Femme Electronic, through the initiative of the Ugandan DJ Rachael. It was so impactful that she bought her first decks from her friend, Catu Diosis, with whom she now forms the 4manysisters crew.

With Decay and Hibotep, the group champions the place of African women in electronic music with talent and humility, without ever straying into the mainstream. With shows at the CTM festival in Berlin and the Nyege Nyege Festival as well as a “Streaming from isolation” set for Boiler Room, she has quickly made her mark. By delivering a track for the compilation The Spirit of Nyege 2020 and preparing an EP for Hakuna Kulala, Turkana has joined this musical family and, as such, the gang of underground Kampala figures. In this exclusive 30-minute mixtape, she offers us a glimpse of her hard dance style in which visceral techno and experimental African sounds collide.

“The mix mostly represents the tracks that I am obsessed with at the moment, and for you to dance to, can’t wait to play on the dancefloor again!“