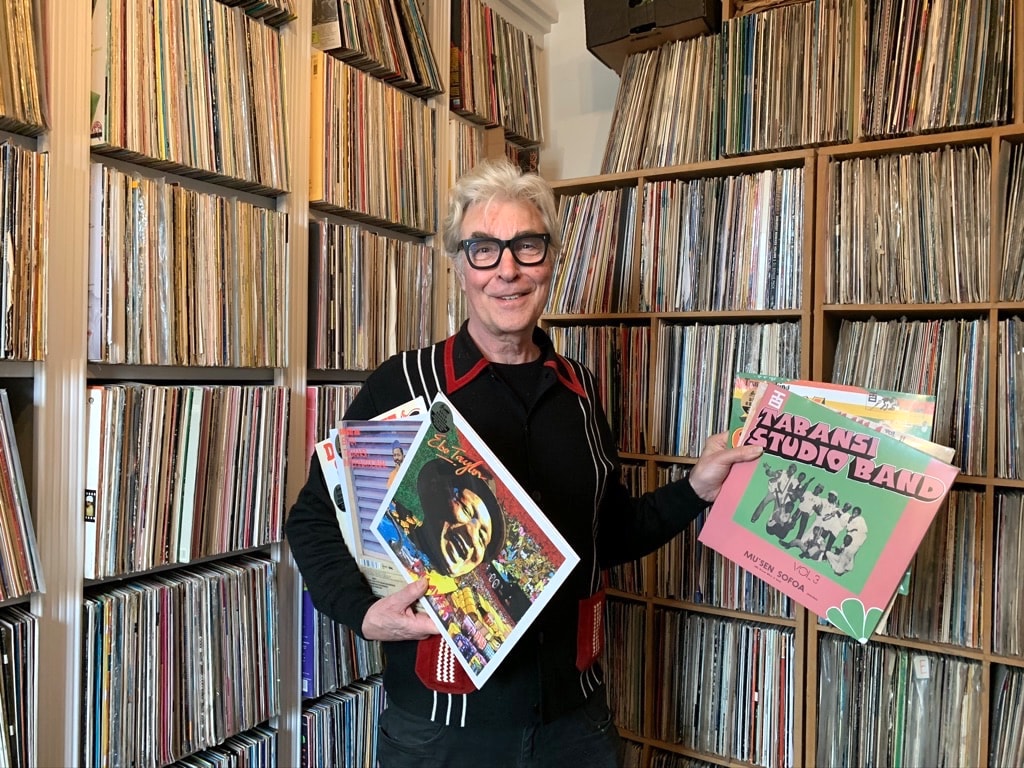 British label BBE has embarked upon a titanic mission to reissue part of the Nigerian label Tabansi’s back catalogue. PAM met with journalist John Armstrong and the label’s boss, Joe Tabansi, to piece together this remarkable story.

Founded in 1996, BBE (Barely Breaking Even) is the label to which we owe cult compilations by Keb Darge, Masters at Work, and Gilles Peterson, as well as anthologies by Roy Ayers and the Essential Beat Generation series with albums by Jay Dee, Will I Am, Jazzy Jeff, Pete Rock and DJ Spinna.

Despite its long existence and clear interest in Black music, this British label has, so far, remained a little shy about finding treasures in Africa – albums such as those from Hugh Masekela, Spoek Mathambo, Rim Kwaku Obeng, and Eji Oyewole were few and far between. But in 2019 everything changed. Releases by African artists were on the up (such as the fantastic re-releases of Xoliso and Sidiku Buari) and BBE invited the Nigerian label Tabansi to collaborate, exploring their catalogue and reissuing some hidden gems.


More than four thousand kilometers from London, the titan that is Tabansi Records, founded in 1950 and today led by Prince Joseph Tabansi, was ready for an offer of exactly this nature. Having overseen approximately 5000 releases, the boss accepted without hesitation. Joe Tabansi seized this long-awaited chance to grant the dearest wish of the label’s founding father: to share the treasures of his archive with the world. The keys to this giant repertoire – where afropop, reggae, calypso, hip-hop, traditional music, gospel, funk and highlife all rub along together – were entrusted to John Armstrong, a close friend of Lee Bright and Peter Adarkwah of BBE.

Fate smiled on the venture as not only is Armstrong a DJ and has had a 40-year career as a music journalist, but he is also a retired lawyer, specialising in music and media litigation. In his own words, he is ‘simply a lawyer who’s always loved all kinds of music since childhood, particularly African music in all its forms.’ Already familiar with the productions and reputation of the Nigerian label, it was logical that Armstrong became the man who would co-select the ‘Tabansi Gold Series’ in addition to writing all the sleeve notes that would accompany the records.

‘It’s been one of the most interesting projects that I’ve ever had the pleasure of working on’ he says, excited by the project’s challenge. 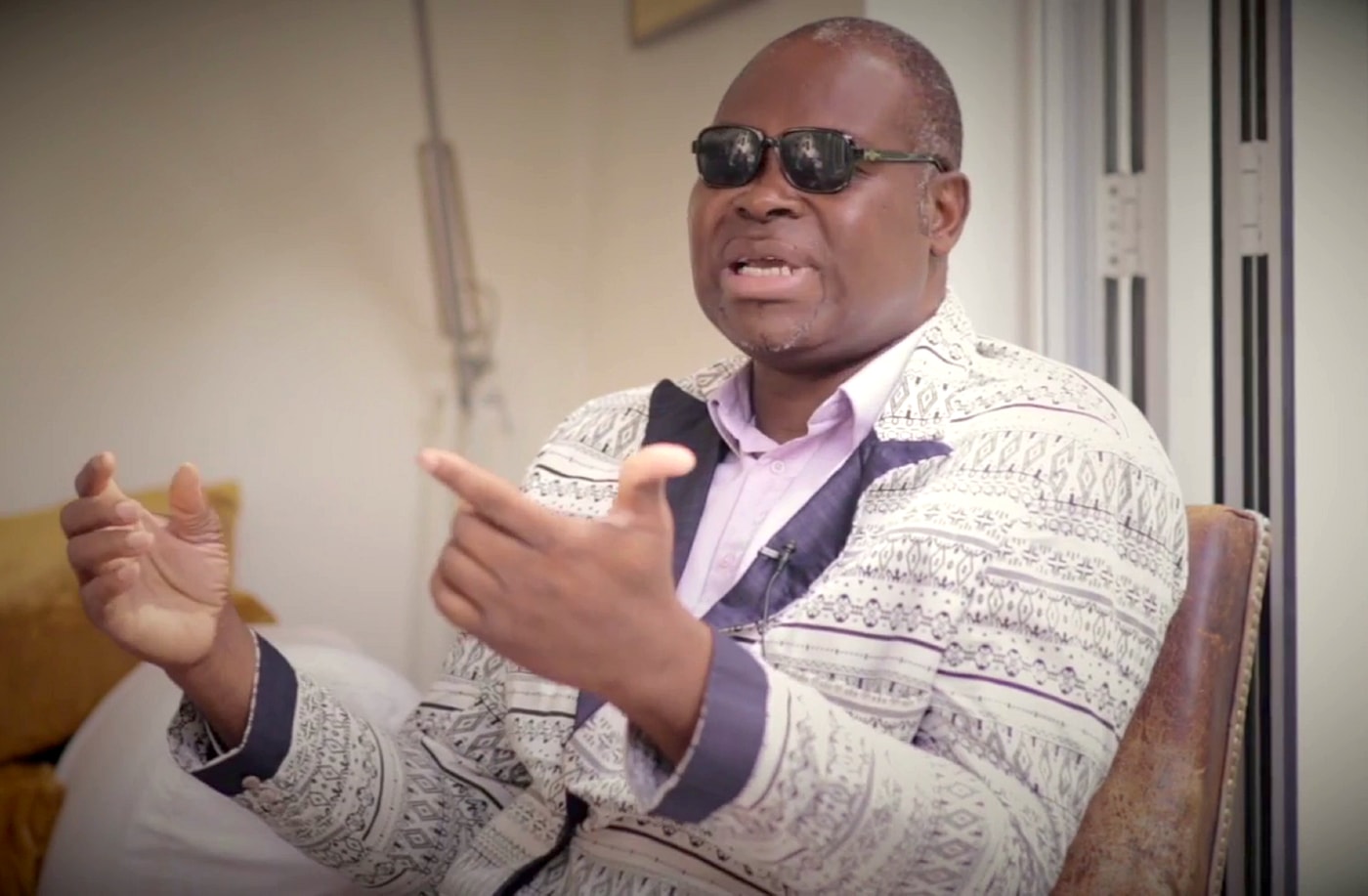 Tackling the reissue of such a catalogue is an ambitious challenge. John oversaw the project from beginning to end, respecting the original pressing and dusting down the dense, high-quality vinyls, pressed in factories that had been tried and tested by BBE. Each has original sleeves, and – a gift from the boss – stories and anecdotes edited by Armstrong ‘so that both newcomers and aficionados alike could get more insight into Nigerian music culture in general, and the 70s and 80s in particular. There were two boxes to check before Armstrong approved: the record needed to be a good one (of course) and it can’t have previously been reissued.

‘It might have been just ten LPs, but it’s turned out to be considerably more, almost sixty, in fact!’ he reveals.

From the start, Joe Tabansi felt that the sound and visual identity of the works had to be treated with respect: ‘they wanted everything just as it was originally, with the glory and goldishness of the recordings and album covers, though we knew that for a few, new album covers needed to be redesigned. They did that brilliantly, and reflected a design in line with the sweet melodies and strange beats present in these musical masterworks.’

It was, therefore, with great care and caution that Armstrong and the BBE team began to go through the tapes, with the gentle guidance of Tabansi. ‘Trust is something that starts in one place and leads elsewhere’.

At first, Tabansi wondered whether this was a gift from the gods. ‘I had been praying to God to connect me with the kind of person who could help fulfill our late chairman’s vision.’ Prince Dr Chief G A D Tabansi, who died in 2010, had been struggling for decades distributing Western discs in Nigeria and awaiting a reciprocity that would never come, international record companies having abandoned interest in African music, citing a lack of return on investment.

However, even if BBE is well known in Europe and the United States, Joe Tabansi had never heard of them. ‘Decades ago, when our company licensed music for release in Nigeria from the UK, Carribean and elsewhere, BBE wasn’t around. So in reality our connection to BBE is nothing short of God’s divine intervention, linking us together to continue from where our late chairman left off.’ One can really understand his enthusiasm when we learn that, when BBE contacted him, Joe Tabansi reopened the business, having kept it closed for some time following the death of its founder. 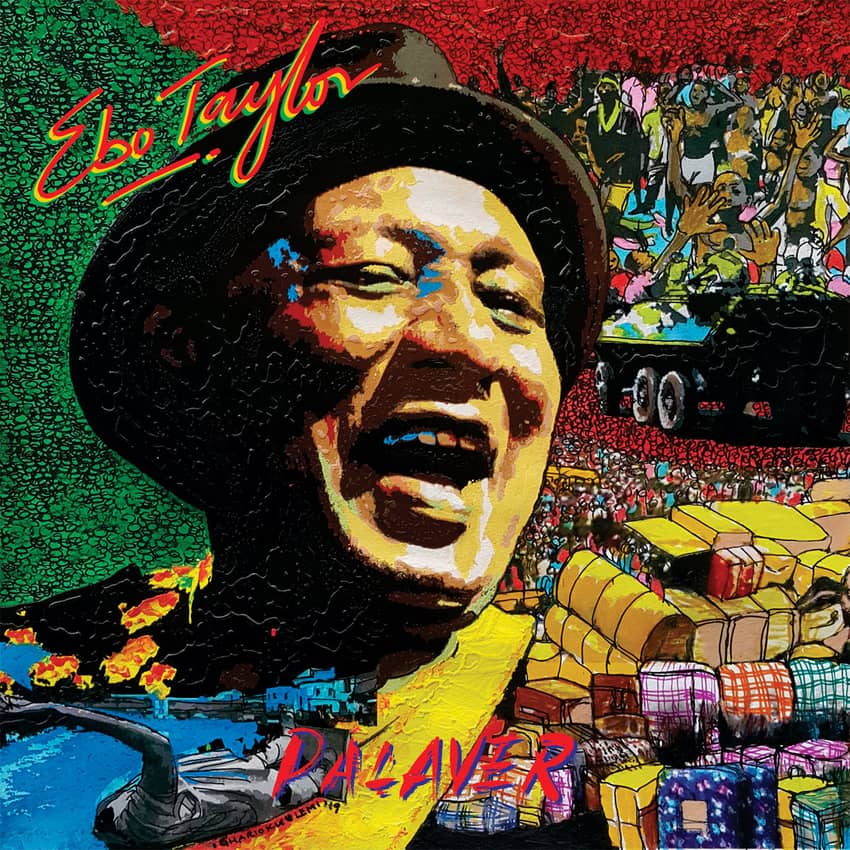 John Armstrong, the man for the job, is a real music lover. This is why BBE put him at the heart of this venture, drawing on his experience as a consultant for the BBC World service in the early 90s, when the station launched its antenna dedicated to West Africa and began broadcasting from Abidjan. He remembers : ‘The BBC did an in-depth demographic study of West African radio listening habits and preferences, and it was a real eye-opener for me.’ He juggled a wide range of musical content, broadcasting ballads and religious music for older women in the early afternoon, then hip-hop, soul and funk for young people ready to go out in early evening, and country music for those over 30. ‘It was an educational experience for me that completely blew away all my preconceptions. When you look at the amazing variety of material that BBE is reissuing from Tabansi’s catalogue, it’s not really that surprising; it’s simply a true reflection of African musical tastes.’

For BBE, there are two types of music: good and bad. They’re trying to give a second life to Tabansi’s catalogue because it sits firmly in the first batch. But there’s only one way to be sure:

‘It is always said that the proof of the pudding is in the eating’ says Joe. ‘The eccentric, psychedelic and irresistibly rich beats of African music is what distinguishes it from other genres and regions of world music.’ To hear him speak, is to almost hear the melodies resonating in the distance. ‘It has in it a thumping bass line, mesmerising conga beats, and scintillating bongo rhythms that cannot be heard anywhere else in the world. All of this mixed with the unique timbre of guitars makes African music the king.’

Suffice to say that John’s discerning ear was spoiled for choice when entering this veritable Aladdin’s cave. Choosing which discs to re-release was a ‘reasoning of great minds together’ describes Joe, who was eager to offer the best possible pre-selection that would cover the ethnic and cultural diversity of Africa across its many languages, tribes, and genres. ‘We knew that whatever we presented to them must have in it the fantastically rich sounds of highlife, merengue beats, old skool ikwokrikwo and Kassav melancholic fusion beats, juju beats, the vast folklore and cultural rhythms, old skool jazz legends, Ghana specials, and others representing music from different African Nations, tribes and tongues, not only Nigeria.’

At time of writing – with the blessing of the boss, musicians, and their families – John and BBE have already released treasured works from several mythical artists, both living and dead. And this is only the beginning. Liberian disco kings Zack & Geebah, Nigerian highlife trumpeter Zeal Onyia, Cameroonian electro super producer Nkono Teles, Congolese Lumingu Puati and his unique rumba style, and Ghanaian master Ebo Taylor are all on their way. In fact, the latter is the subject of the very first edition of a forgotten studio session. ‘It was worth doing this reissue if only to see and hear the happy reactions of Ebo and his family’, says John, always keen to keep those involved happy.

By working hand in hand, the two labels are doing extraordinary and arguably essential work for African musical heritage. Keep an eye out for future releases and we invite you to discover some of the gems that are already available via our tailor-made playlist on Spotify and Deezer. 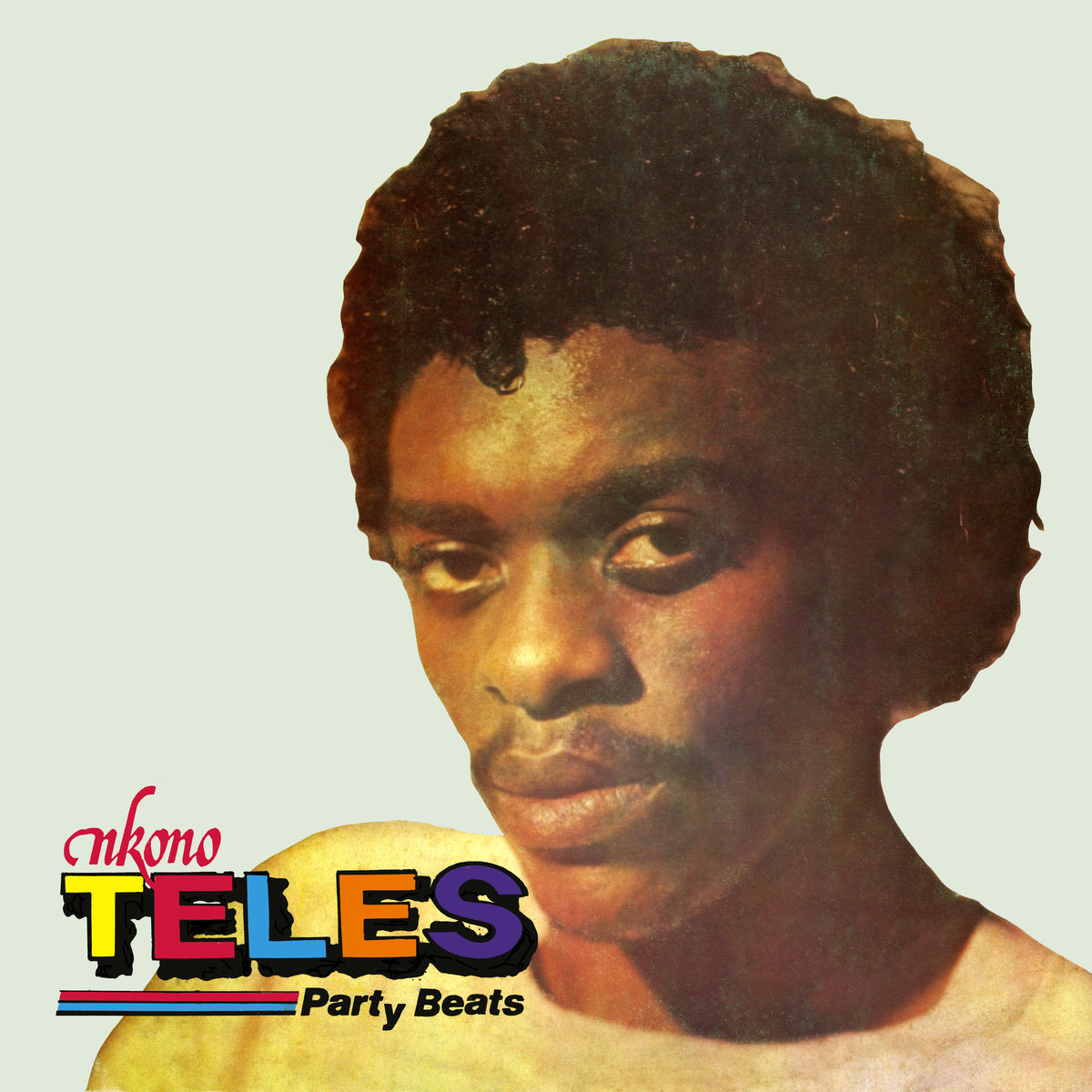 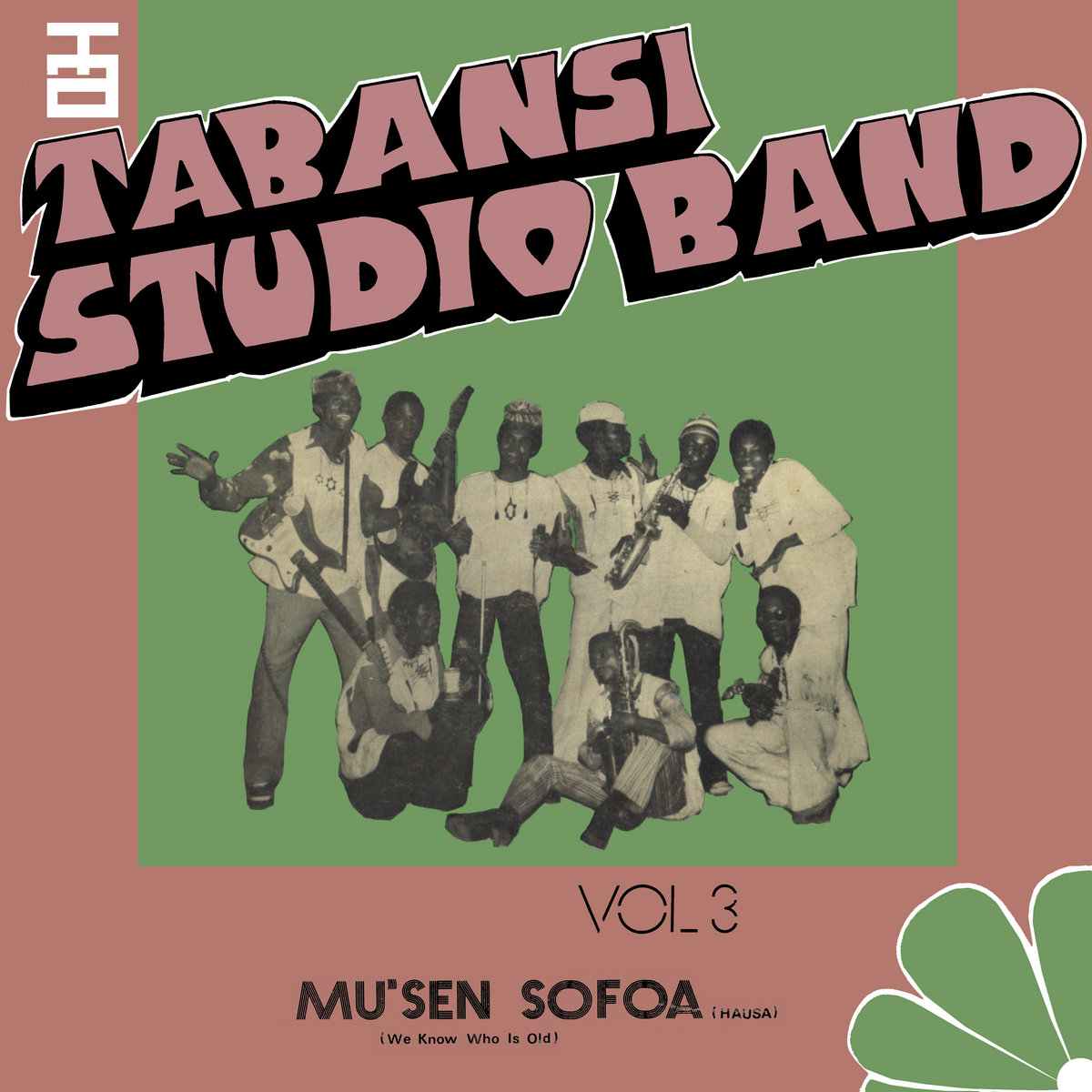