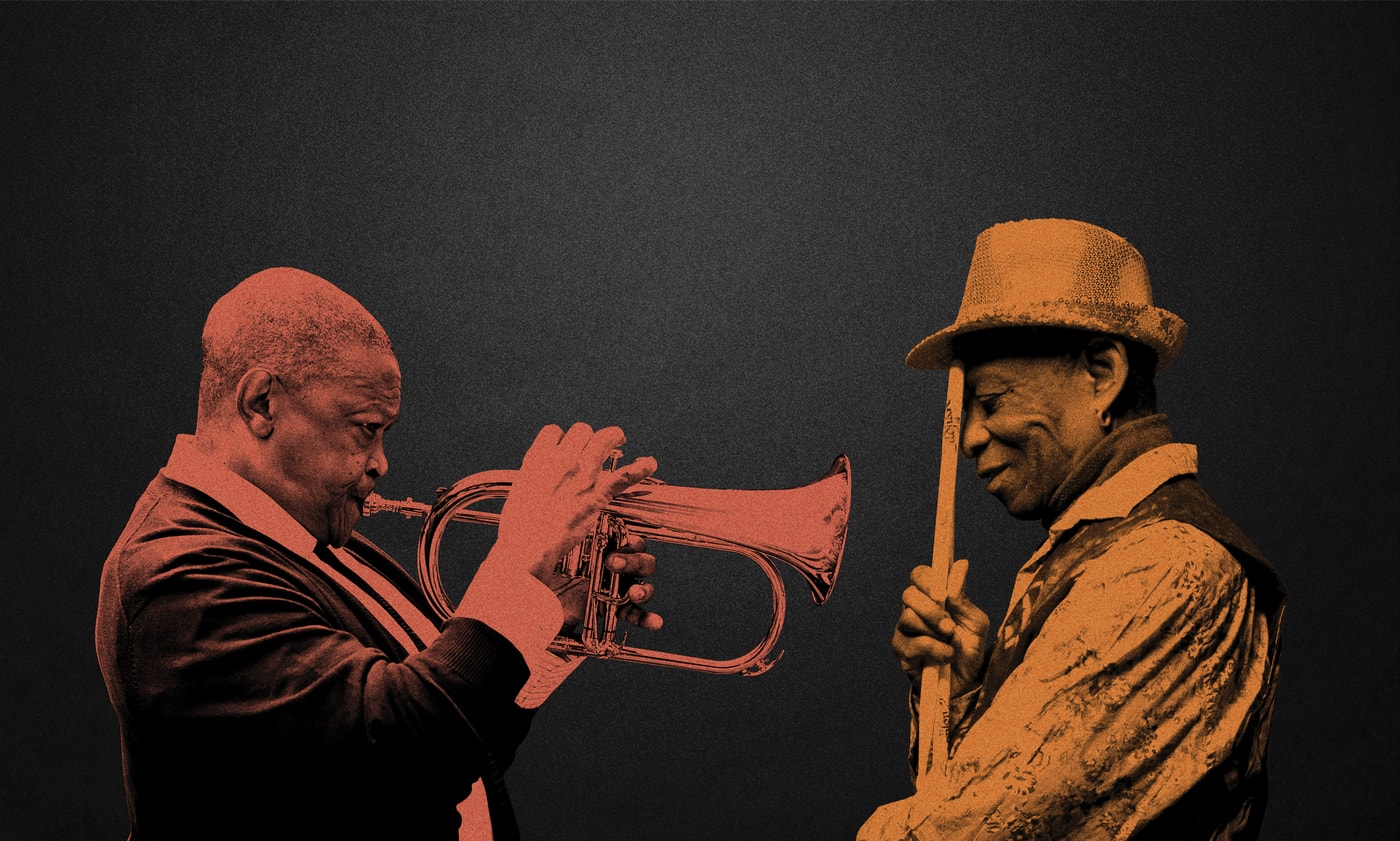 Tony Allen has completed the project he began ten years ago with his friend Hugh Masekela, who left us in 2018. Following the release of this new album, Rejoice, PAM met the brilliant drummer in Paris. Interview.

He chose the shade and the seat, rather than the raised fist and centre stage. The beat rather than the spotlight. And yet his unique tempo took him on one of the greatest musical adventures of the last century, notably alongside Fela. Aged 80, legendary drummer Tony Allen has released a new record, a collaboration with the immense South African trumpeter Hugh Masekela, who died in 2018. Allen has unearthed and reworked tapes recorded in London ten years ago that have never before been released. To bring to fruition what he started with Brother Hugh, he invited along a new generation of British jazz musicians, including Tom Herbert (Acoustic Ladyland), Joe Armon-Jones (Ezra Collective), Mutale Chashi (Kokoroko) and Steve Williamson. Between Lagos, Jo’burg, and London things are sounding hot!

Take care and listen to Rejoice! And find out what Tony Allen himself had to say in this interview he gave to PAM.

When did you first meet Hugh Masekela?

We met in the early 70s in Lagos. Hugh was great friends with Fela. He even recorded at EMI in Lagos with Hedzoleh Soundz, a Ghanaian group whom Fela had introduced him to. They were such good friends, always together, so we had the opportunity to play with him. And then we met again in 1977 for the famous FESTAC festival in Nigeria. At the time, he was living in exile in America – that’s where we met in person – but I’d known his music since the 60s. He was a big name on the jazz scene!

At the time Masekela was one of the best trumpeters in the world. We had often come across one another at festivals, and that’s how we decided to record this record, between two concerts in London in 2010. Whenever we saw each other, we would say we have to work on it again, but sadly he left us before that was possible…

How did Hugh Masekela’s music come to Nigeria in the 1960s?

The radio played a lot of South African music, so we were hearing sounds from all over the world, including zulu jazz. I grew up listening to this. And then of course we listened to Miriam Makeba! (who was, at one time, married to Hugh Masekela, ed). This is what enabled South African music to be heard throughout West Africa. In Nigeria, we don’t have the same musical approach – the rhythms are different, as are the languages – but for us at the time there were two homelands of jazz: America and South Africa. We were living through colonialism and even though we were all experiencing the same thing, South Africa had a special status.

Even in exile far from South Africa, Masekela used his music ‘as a weapon’, like Fela. Were they fighting the same fight?

Not really. Hugh was not as radical as Fela, not quite so direct, even though he was also rebelling, against apartheid in his case.

But I must say that this isn’t what attracted me in his music, nor to that of Fela. Anyway, when I got to know Fela, he wasn’t really singing against the system. His activism started later. Hugh had a committed approach, and he was maybe a little more diplomatic, a little less brutal. I also did a lot to attack the system – especially with Fela – but what interested me above all was working with brilliant musicians. The debates can come later!

Do you think music is more spiritual than political?

Music is spiritual. If you know how to tell a good story, music can be healing. It can do a lot, depending on your state of mind. Above all, music is infinite. It will still be there when we’re gone. We’re just trying to do what we can to make good use of it when inspiration strikes. 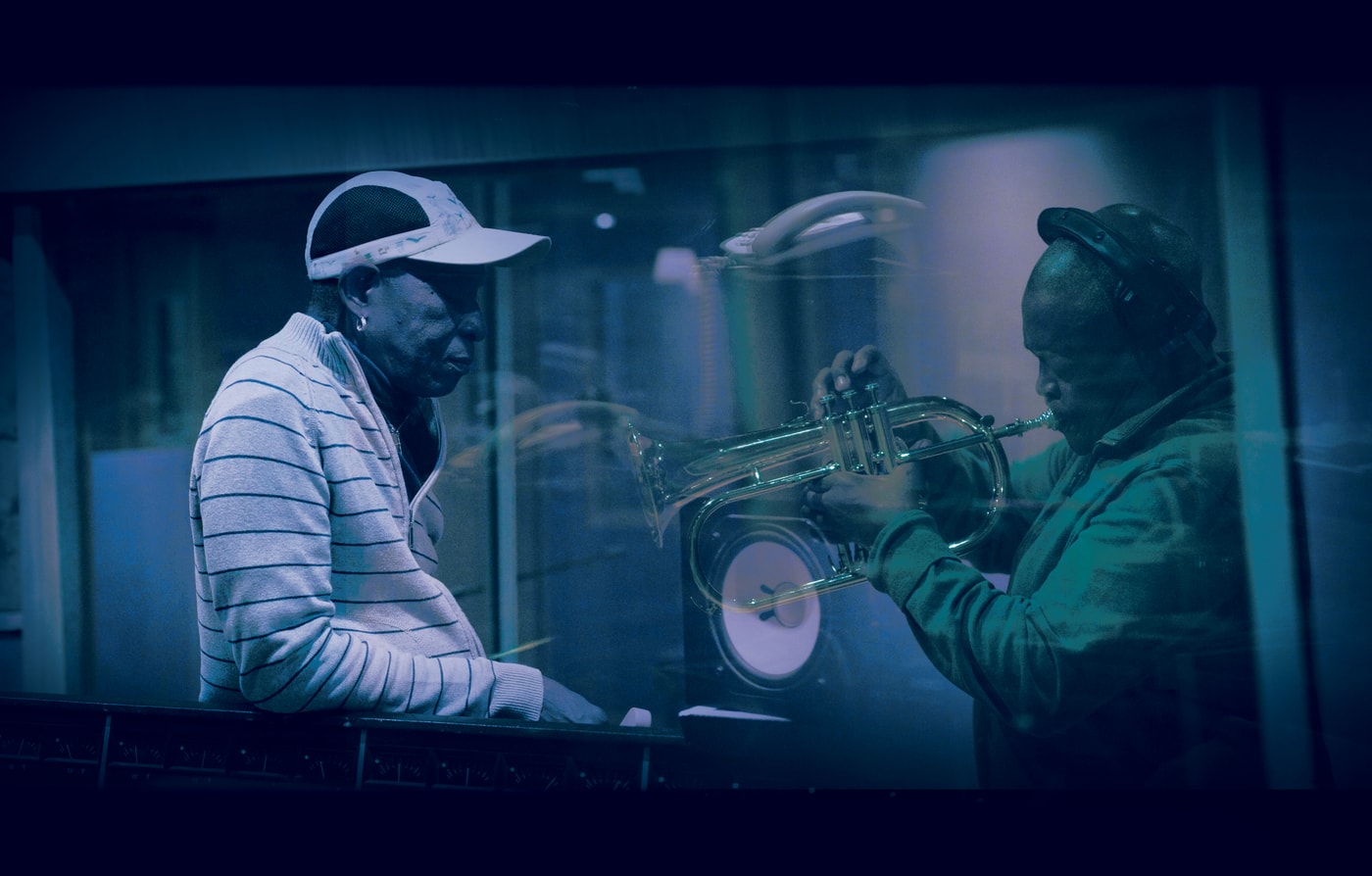 How did you work on this record, ten years after the first recordings, and in the absence of Hugh Masekela?

This album isn’t exactly the same as when we recorded because there’s been a ten-year gap. It had to be updated a bit. To be honest, we didn’t think this project would ever see the light of day! It was the producer of the label World Circuit, Nick Gold (Buena Vista Social Club, Oumou Sangaré, Ali Farka Touré, Afrocubism, etc.) who produced the tapes and asked me to finish it without him…I wanted to pay tribute to Hugh Masekela.

We recorded in just two days, writing and composing on the spot. Nothing was written down. It’s a meeting between my universe and his jazz so there’s no partition – it’s more like a shelf. When you hear Hugh playing, you realise that he has such a special sound. No one plays like him! He speaks his own language.

So first you recorded as a trio – bass, drums and trumpet?

Yes, the drums are the root, the foundation. I don’t really play Afrobeat beats on this record, but with another drummer it would’ve sounded different. There’s intensity, but not really technique – it’s just my way of living and speaking. This is how I make music. And that’s what I wanted Hugh to use, I wanted him to play around with it…We were very effective, but two days wasn’t enough to finish. To make it sound 2020, I wanted to change all the bass lines and add more instruments and Nick Gold found some very talented young English musicians. 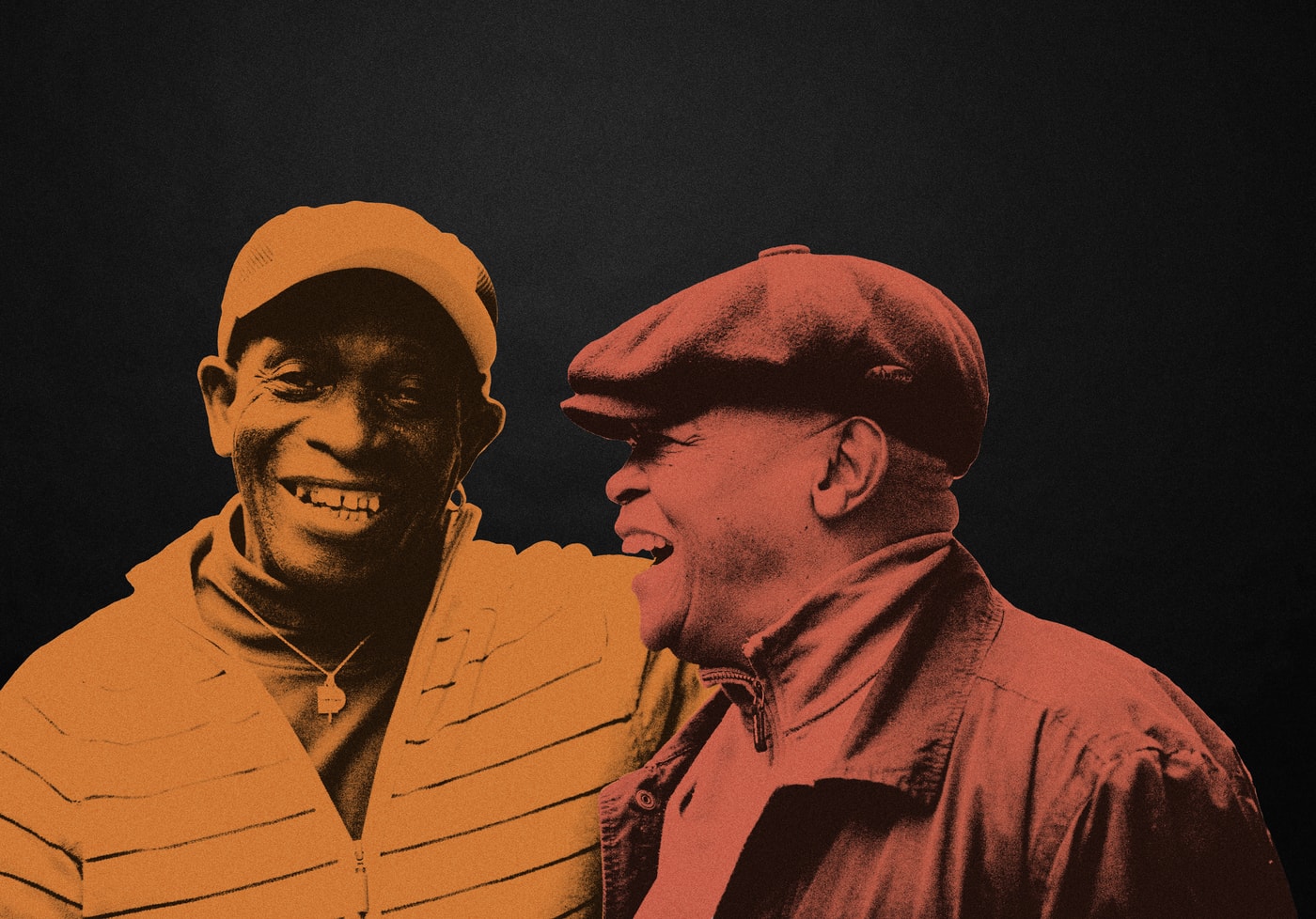 This record is an original. It’s mostly instrumental, although you do sing on the single “We’ve Landed” don’t you?

So were you already looking to the future at that age?

Yes, that’s when I started playing drums. I was a radio technician for a German company at the time, repairing radio and TV sets. I loved music and I went out to clubs every night, so I made musician friends who let me sit in front of their drums and play. At 20 I quit my job and became a professional drummer. It was my destiny. Drums are more than my job. I can spend hours playing. It’s my passion.

On the album Masekela says ‘Lagos never gonna be the same, never without Fela’?

That’s how he felt…he got to know Fela’s Lagos. Maybe Jo’burg won’t be the same without him.

Back then, we were the ones who made Lagos jump. But that freedom has disappeared. All the clubs have become evangelical churches. That’s where they play live music now!

In the 70s, was Lagos the city of the future?

The Lagos I knew doesn’t exist anymore. It was an incredible city, there was life and live music 24/7. When Hugh Masekela came, things started happening! It was getting a little crazy because of the military government, but we could get by. Today it’s an urban jungle. The problem is the government. The authorities are stealing from the people. Most of their children study in Europe or the United States and just come back for treatments. Look at what’s happening in 2020 and imagine what things will be like in 2050! This is my country. I love it. It could be a great country, but the leaders aren’t up to it!

This is definitely an album we’ll still be listening to in 2050. How do you keep up with the times? Is it because, as Miles Davis said, ‘afrobeat is the music of the future’

I don’t think I know how to stay young, but what I do know is that I’m here and I’m doing the best I can. I don’t like to eat the same things all the time or dress the same way, and it’s the same with my music, otherwise I get tired. We can no longer count on the bands who make Afrobeats, and some are even looting Fela’s music. Music will always have waves and things go in and out of fashion. I don’t predict the future because music is spiritual. You can’t predict the future – you just play with what arrives in the moment. 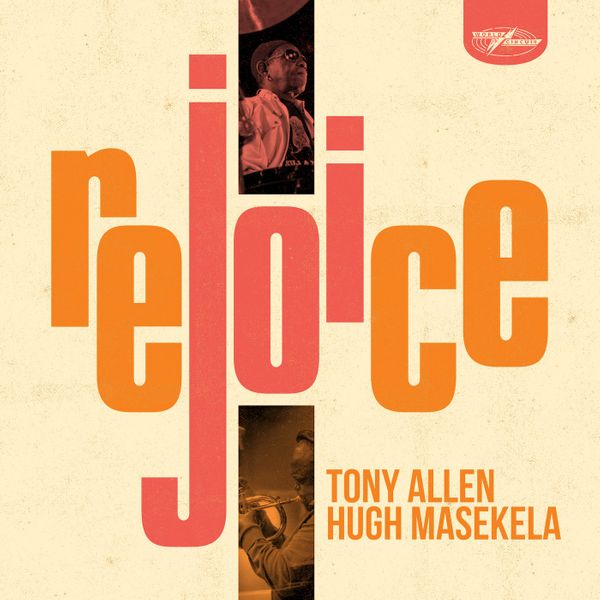