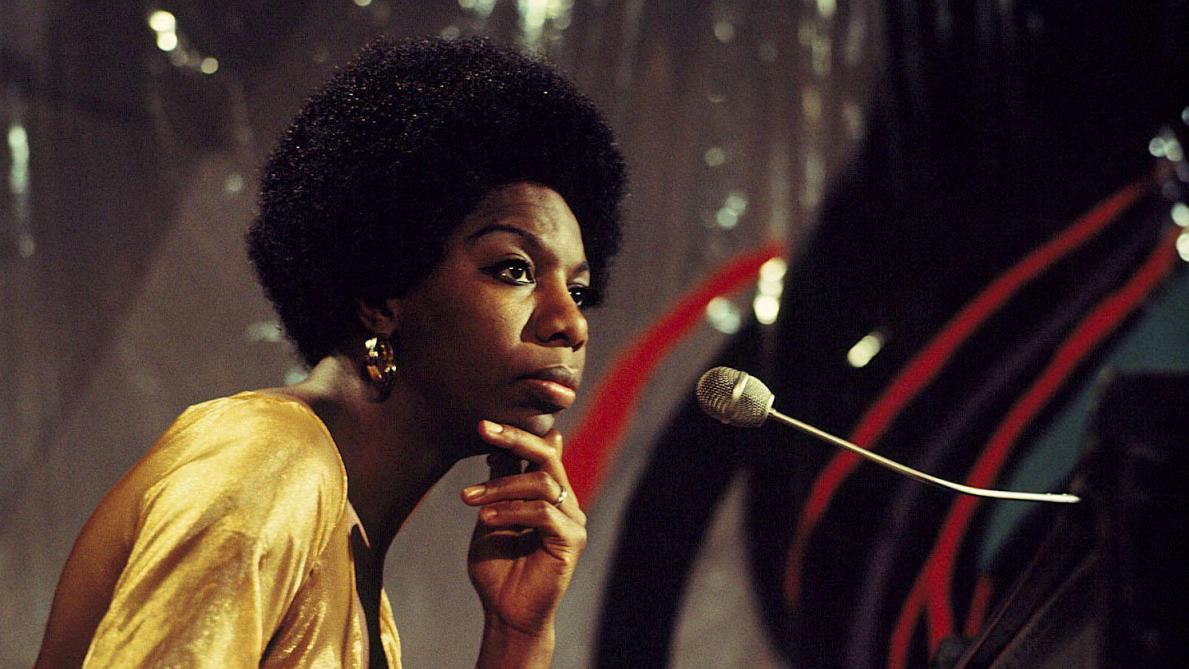 Each year on the 1st of February, Black History Month begins in the United States. A month dedicated to African-American history and the African diaspora. PAM revisits a few moments of its history with emblematic songs.

In March 2019, the prestigious Library Of Congress ranked the song “Mississippi Goddam” amongst 25 national recordings considered “culturally, historically or aesthetically important”. However the song was released by Nina Simone in 1964, at a time when the Senate had not yet abolished segregation in the Southern States, where the artist was born on February 21, 1933, and also where she grew up.

“[This is] a show tune, but the show hasn’t been written for it yet.” It is with this elliptical and bity phrase that Nina Simone introduces the song to a predominantly White audience. We are at New York’s legendary Carnegie Hall in 1964 and this is the first official recording of this song. “Mississippi Goddam” would prompt a scandal – because it soon became obvious to everyone that the story of this song had already happened for real. It refers to the murder of the Black American activist Medgar Evers, assassinated in June 1963 in Jackson, Mississippi, by a White supremacist, a member of the Ku Klux Klan. As a human rights advocate, Evers had been fighting for African-Americans to be granted access to the University of Mississippi.

“I think everyday’s gonna be my last”

America would become shaken by this tragedy, which also inspired a song for another idol-rebel of the time, Bob Dylan, with “Only A Pawn in Their Game”.
But while Dylan chose a rather descriptive narrative technique and sang about the bullets whistling through the air, Nina Simone did not even mention the name of Evers. She sends it crashing down and beats hard on the keys of her piano: “And everyone knows about Mississippi, Goddam!”
Nina Simone chose to link the activist’s assassination to another tragic episode in the history of the Southern United States. Tragically, three months later a bomb explodes in a Baptist church in Birmingham, Alabama. The attack, claimed by the KKK, left four Black youths dead (Addie Mae Collins, Carole Robertson, Cynthia Wesley and Denise McNair) and injured twenty-two other people. By calling out Alabama, Mississippi and Tennessee, Nina Simone draws with a deep clairvoyance, the madness of a hypocritical, deaf and deeply unjust society. The listener can feel the sticky South’s heat-heavy air, with droop-headed people made docile, and the fear and death that lurks, when she sings: 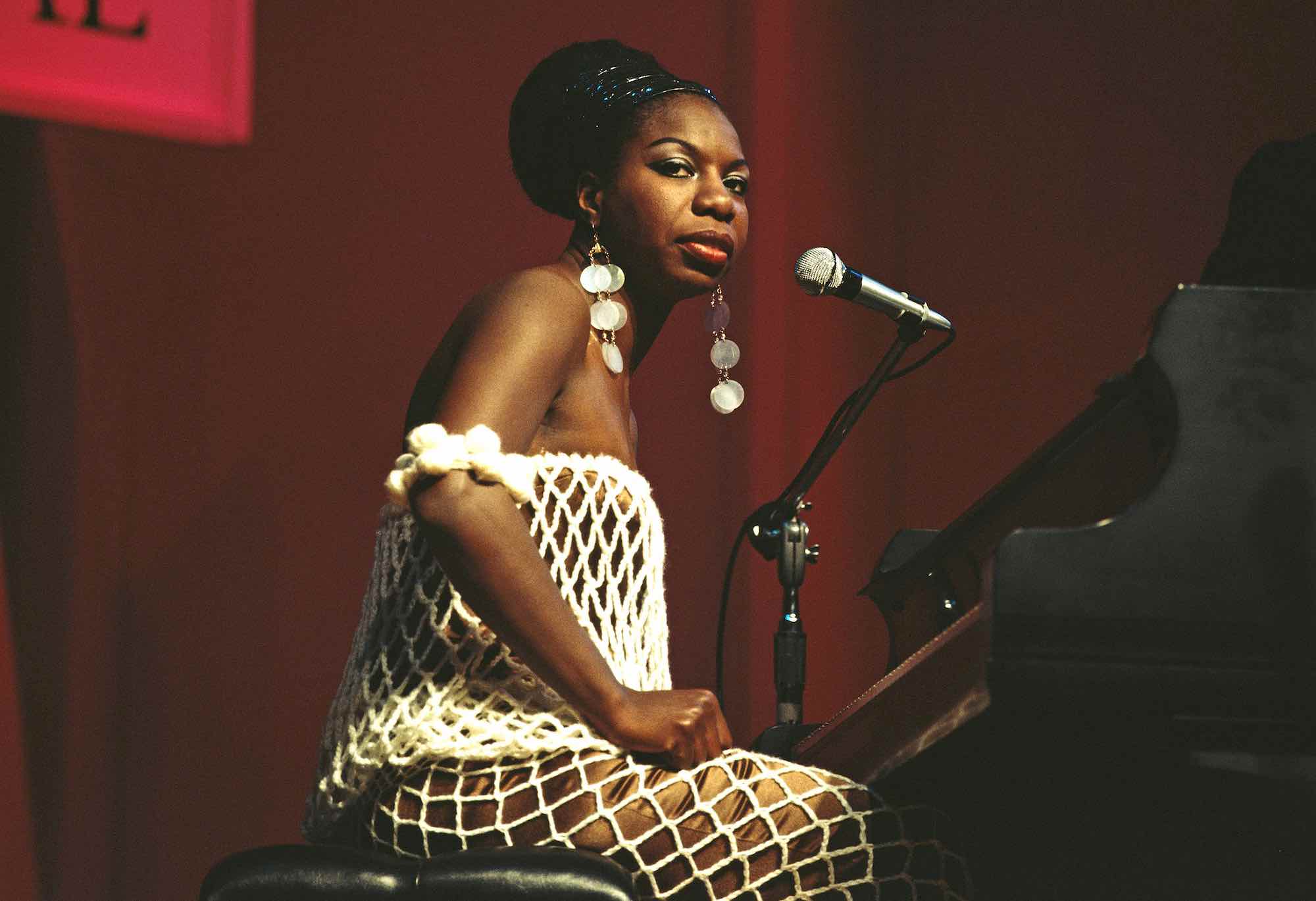 It should be remembered that Nina Simone was born in 1933, just after the Great Depression, under the United States segregation regime. There, neighbours and plantation owners would gather in the evening and wear their Ku Klux Klan white hoods, and on Sundays her mother would preach in church. Eunice Kathleen Waymon – her civil surname – studies piano and performs her first concert at 12 years old. She refuses that her parents give up their seats to White spectators! “When you were born and raised in the Southern United States at that time, at 12 years old, it was like you were already 50! You had seen and experienced so many terrible things that it made you mature,” says Nina Simone’s brother, Sam Waymon.
When her skin color prevented her from becoming a classical pianist and joining the famous Curtis Institute in Philadelphia, the young Eunice forged a new identity as “Nina Simone”, a name that pays homage to her then idol, French actress Simone Signoret. At the time, a wise girl would not say words like “goddam”!

Incorporating this profanity into the title of a song and, in addition, attaching it to a “respectable” State like Mississippi, would earn her the most intense criticism and also being banned from radio airplay in a number of States. By the singer’s own admission, it is the song that “most hurt her career”.

Nina in the land of lies

However, on the album Live at Carnegie Hall which reveals “Mississippi Goddam”, there’s another song, perhaps even more explicit about federal laws. In “Old Jim Crow”, she responds to the segregation laws. But “Mississippi Goddam” remains the song that anoints Simone as one of the icons of the Civil Rights Movement.

And with rising anger, she sings: 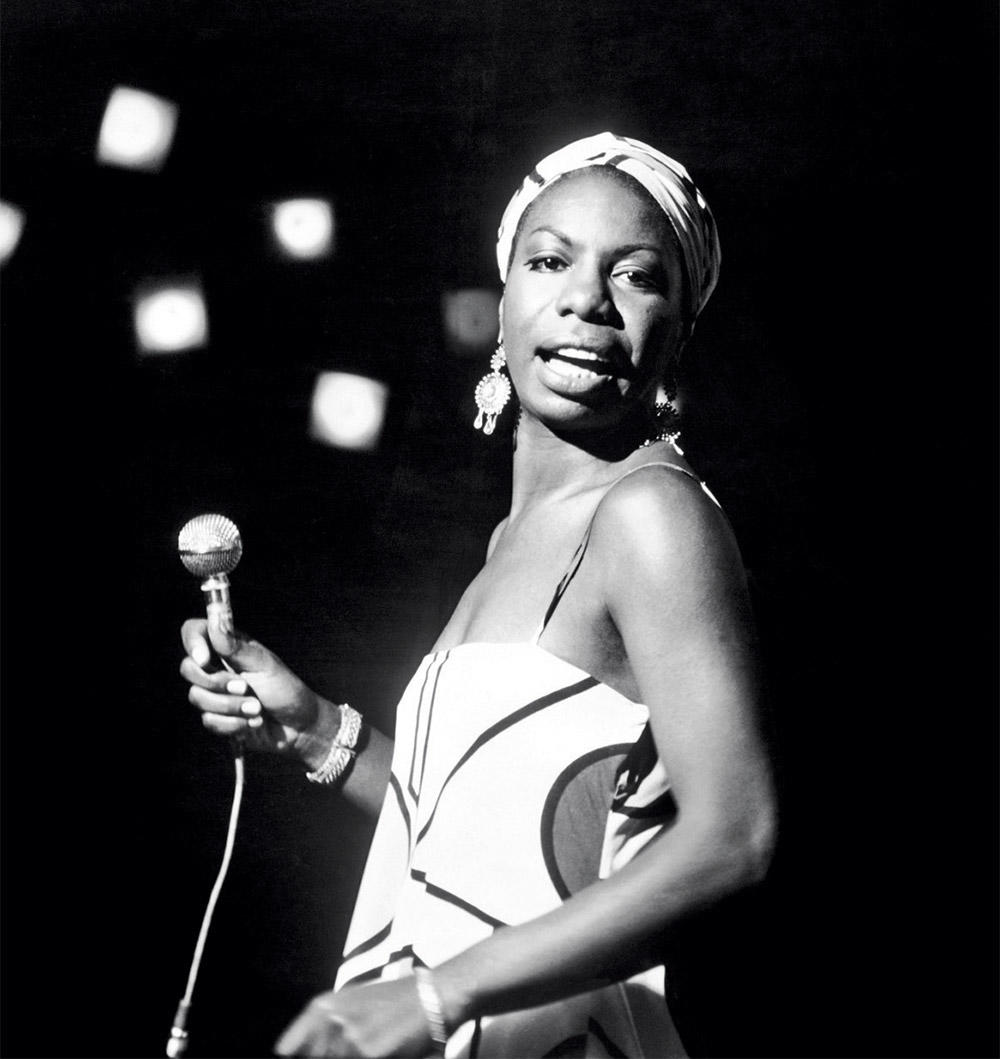 Nina Simone sang this song another time in front of 40,000 people at the end of the famous 1965 “Selma to Montgomery marches”, a seminal demonstration against segregation. That evening, she is introduced to Martin Luther King. While holding out her hand, she warns him: “I’m not nonviolent!” He most certainly replied calmly, “That’s okay, sister. You don’t have to be.”

Three years later, on April 4, 1968, the assassination of the man who cried “I Have A Dream” would end the country’s dreams of non-violence. Riots break out in major US cities, and three days later Nina Simone takes to the Westbury stage. Before singing “Mississippi Goddam”, she says: “A few years ago, four little girls were killed in Alabama. At that time, these deaths had inspired us to write this song. But Dr. King’s death left me so devastated that I don’t know where I am, really. You heard this song by James Taylor [“Shed A Little Light”; editor’s note] composed especially for this sad day. I hope that by the end of the year, we will have recovered enough to write songs that delve into our History and that pay tribute to these wonderful and courageous people who are no longer of this world today.”

In this concert, she leads the audience to sing with her if they are “moved by what is happening, and if [they] know her songs”, and whispers “I ain’t about to be non-violent, honey!” Yet, the song she wrote just for King, “The King of Love” is rather a poignant theme than a call to war.

“It was both spontaneous and sad,” says Sam, her brother who was on stage that day. “We didn’t know what the world was going to look like after all this. When I was on stage, it was the place and the moment when I felt the most free of my life, and for Nina it was the same, because on stage we exist and we feel safe. I was never scared on stage, never. The only place I felt threatened was in the South of the United States…”

Non-violent leaders are being murdered or left in exile, and Nina begins to have doubts. Will she succeed in turning the United States into a more egalitarian country? Can art revolutionize the world?

In her autobiography, she writes: “America as I dreamed it during the ’60s had become a bad joke with Nixon at the White House, and the Black revolution replaced by disco music. […] The assassination of Malcolm X has reinforced my conviction that our struggle could not be fought without violence, and that if we delayed understanding it, ‘we are all gonna die like flies’, as I said in ‘Mississippi Goddam’.”

Rather than getting a revolver, Nina Simone decides to leave the country and embark on a several-year period of wandering and traveling, between Barbados, Switzerland and France, with a halt in Liberia where she would become “finally happy”. She spends a lot of money, falls in love and sees her father in dreams… “I saw lightning bolts in Africa. They strike you and leave you speechless,” she wrote in her memoirs. She would remain haunted by her ghosts of the past and her fantasies of a fairer world before ending her life, facing the sea on the French Riviera. There, Dr. Nina Simone plays Bach, Debussy, Ravel and Chopin. Today, a copy of “Mississippi Goddam” is kept at the Library of Congress and stands as one of the most important artworks the United States have created. It’s only justice.

“Georgia on My Mind”: the spirit of Ray Charles returns to the south
Feature