The two accomplices engraved their reunion in wax. Without preparations or effects, they dedicate their old friendship to it, and confirm their immense talent as sambists. For PAM, Rogê comes back to this “direct to disc” session, which is on its way to become a classic.

They have been friends since the last century: Seu Jorge and Rogê, two voices that are currently among the most beautiful in the land of samba, two worthy heirs of Jorge Ben from the 1960s and 70s. Seu Jorge grew up in the favelas before becoming one of Brazil’s ultimate icons, celebrated on screen and at the microphone all over the world. It was different for Rogê who spent his childhood in Ipanema before embodying, better than anyone else, the revival of samba at the dawn of the new millenium, igniting the nights of the red-light district of Lapa.

While the two foursome have often collaborated together – one inviting the other to guest on his records – this is the first time they’ve co-signed an entire album with their first names. And not just any album: recorded in two days at the end of August 2019 in the Netherlands, this thirty-three minute face-to-face demonstrates, in the most accurate acoustic analysis, their complete harmony and the complementarity of their talents, a matter that goes far beyond the banal stories of virtuosity.

A simple question of friendships and shared feelings, as summed up in the emblematic Pra Você, amigo, which Rogê composed to underline the relationship that unites him with Seu Jorge. Being singular and in line with the best samba authors at the same time, this melody sums up the quality of this author, who may at last get the recognition he deserves in France, where until now only insiders appreciate its worth. From Los Angeles, where he lives, Rogê answers PAM’s questions.

You played together several times, but you had never recorded any albums… Why ?

Jorge has his own career, I have mine; we both contribute to each other very often on our albums, but it’s only now that we have the chance to record together. It was not really our idea, it was the Night Dreamer label that planted the seed – Recording Direct-to-Disc is challenging, and the idea sounded interesting for me and Jorge.

How did you choose the song-book ? Together ? Did you compose specifically for this project ?

Yes. We had only 1 month to build this repertoire and Jorge was busy in Brazil with his acting career, so I started to make the repertoire by myself and we would go through everything on a regular basis to discuss. Two days prior the recording we met in Holland, went through all of the songs and reviewed it all together.

What does a song like Caminhão represent to you ?

This song was made 23 years ago in Jorge’s house in Rio de Janeiro. Our first song together, the beginning of everything… It has a meaning, a power in my career and I have recorded it in my first album, and in my live DVD that I launched in 2014.  It is a milestone in our friendship, that’s why we decided to record this song again.

What does this live and direct, face-to-face formula allow, without any filter ?

It allows the recording to be as true as possible. It’s a picture without any photoshop, it’s the real deal. At the end of the day, the whole project is the picture of our friendship.

In music, less is often better. How did this minimalism of production for Night Dreamer allow your qualities to fully express themselves ?

The emphasis is put on us, our songs, guitars, vocals… There’s nothing else, no other instrument. It’s raw! We just want to make our own music, but the influence of samba is very strong for both of us.

You have composed Swingue de samba, a classical classic… what does this music mean to you? What are its essential values ?

It’s one of the first songs Arlindo Cruz and I wrote together. It means a lot to me, this song reminds me of the time when this friendship started, when we used to compose a lot together. It gives an image of samba with a cultural dimension. In this song we say: “É onde a dor não tem razão, é raça, é dança, é pé no chão”, something like “There is no need for pain, where you are brave, you dance”. These are the true values of samba. Arlindo is my friend, my master, my brother. I learned a lot from him… He had a very serious health problem and since then I miss him very much. Working with him has been one of the greatest pleasures I’ve had in my life.

I remember seeing you in Rio in the 2000s. How does experience on stage, night after night, remain a fundamental factor in being a good samba musician ?

It’s fundamental because you can’t learn samba at school. The only way to learn is to live it, to become a samba.

Was there room for improvisation during the sessions ?

The recording session itself was already a great improvisation, as we didn’t have time to rehearse any of the songs, and we met directly with the two percussionists from Brazil, Pretinho da Serrinha and Peu Meurray. And the songs had to come out almost immediately.

Yes, of course! I have 6 solo albums and 2 vinyls for special projects, and they are very special to me. The first one is in collaboration with Arlindo Cruz, our “Na Veia” project for which we got a Latin Grammy nomination. Today is the second vinyl with my “compadre” Seu Jorge. It’s the gift of life! Working with what I love and with whom I love.

Why did you move from Rio to live in Los Angeles ?

I see this moment as my own exile, and it gives me a chance to look at Brazil from another angle, spreading my culture, my music, to other parts of the world. And it’s a great experience not only for me, but also for my family. The time has come to explore new horizons.

Living in Los Angeles, what does it change in terms of music ? No more experiences outside of samba like those with the Congolese Jupiter ?

Yes, definitely. I’ve mixed, recorded, composed or produced my music with a lot of different artists. The music scene in Los Angeles is extremely rich and strong and Brazilian music is highly respected there. It’s a huge opportunity to be able to enrich myself.

And how do you see current political events in Brazil ?

I’m very ashamed of everything that’s going on in Brazil. Unfortunately, we are going through an economic, moral and cultural crisis and many politicians are taking advantage of it. I don’t believe in Brazil’s current political leaders, the worst I’ve seen. This crisis in Brazil is a very sad situation, which worries me. But it gives me more and more responsibility in trying to spread our culture abroad. Brazil is going through its worst moment for our generation, but there is no eternal storm, the sun will shine again ! 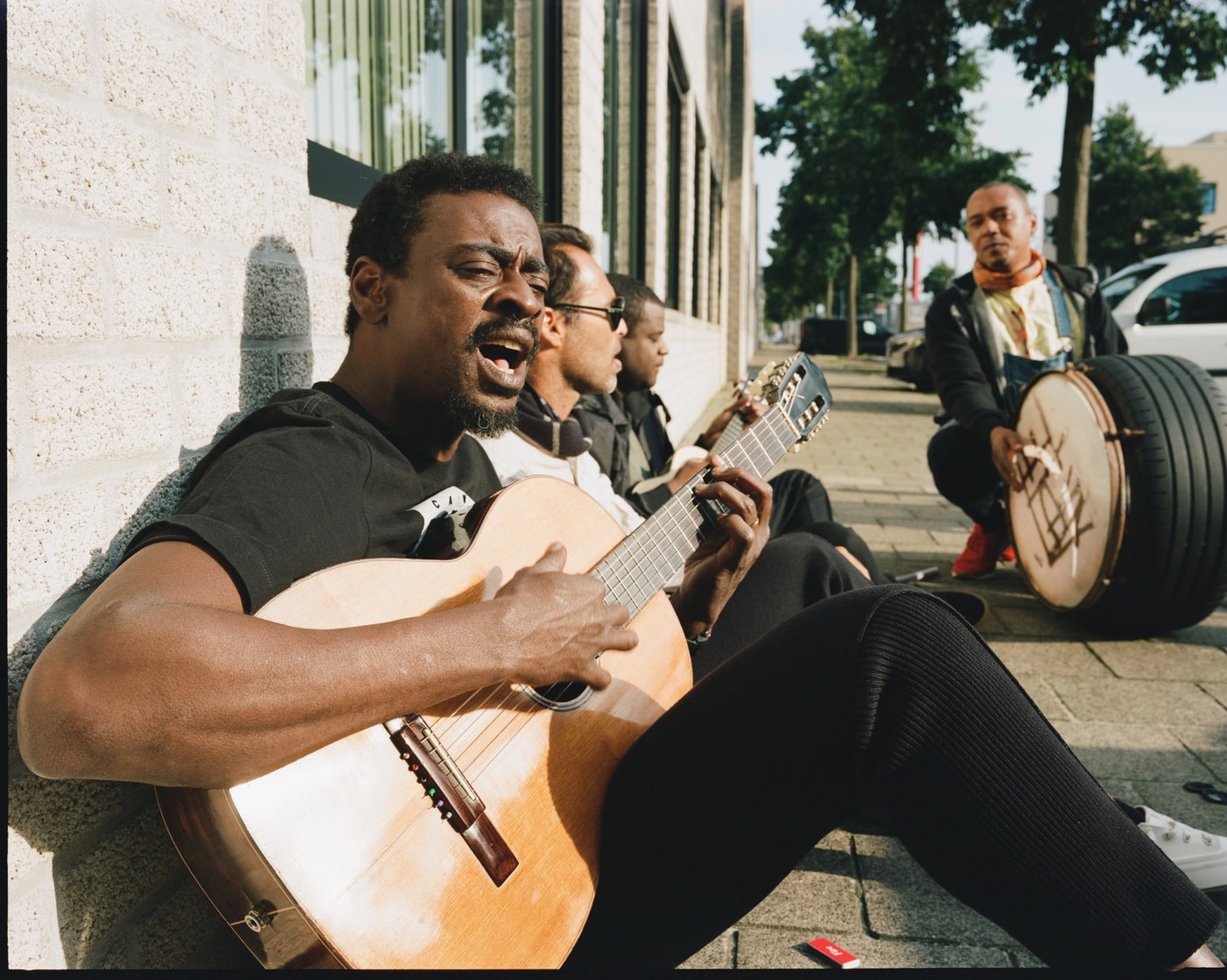