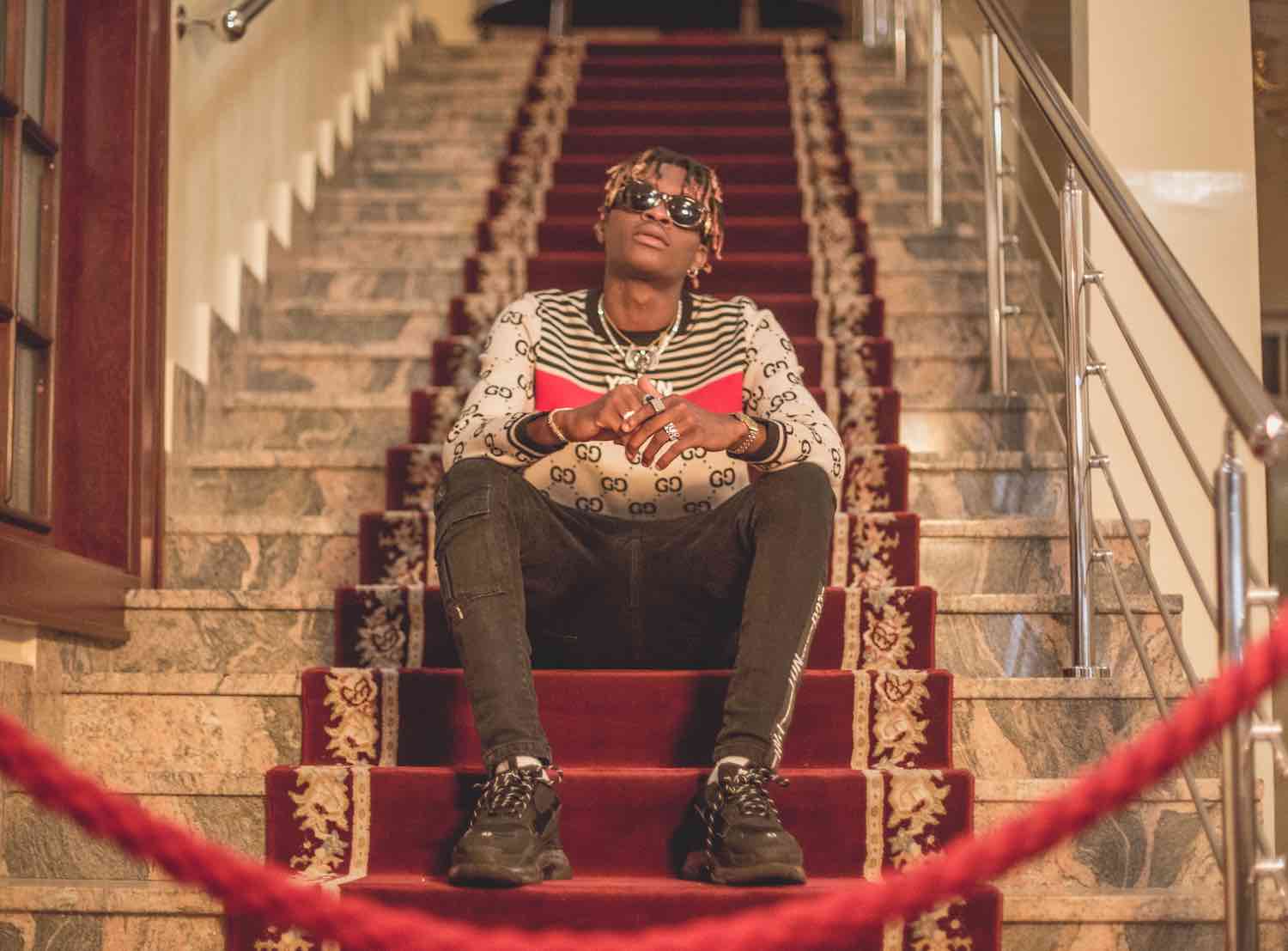 The Nigerian rapper from Abuja built his success away from Lagos, boasting a trap style of his own, drawing on afrobeats as well as American slang and sound. Interview

Is Atlanta still the first city in terms of trap music? The genre has been exported and enriched in so many ways the word “trap” represents today many different realities. The trap sound has mingled with European artists, Asian artists and obviously African artists. Afro-trap, named as such by rapper MHD, is a derivation of this encounter; but it has not much to do with the wavy and stylish music that rapper PsychoYP has been delivering since 2016. The Abuja native, cleverly mixing American and Nigerian hip-hop cultural elements, has been crowned “Fresh Prince of Nigerian Rap” since the release of his second mixtape “YPSZN2” (YP season 2) in 2019. Seen as a pioneer in the trap genre in Nigeria, and reaching number 1 on multiple national charts, PsychoYP agreed to offer PAM some of his time.

What were the influences that led you to rapping?

The music I grew up around was far from limited to Nigeria. We used to listen a lot to American rappers like Drake, Lil Wayne, Mane… I also spent some time away from Nigeria, and that exposed me to various foreign influences. But there was also obviously some local music around: afrobeats, or guys like M.I for example, who even rapped in Nigeria.

Tell us about Abuja and the artistic place it has in Nigeria.

The music in Abuja sounds the same as the music in Lagos, but Abuja is just not at the centre of the Nigerian music industry. Everybody thinks that in order to get big in the industry, you have to necessarily move to Lagos. Certain people even look down on the music from Abuja, when there’s nothing specific about it. I’ve been told several times I have to move to Lagos if I want to get big. But I think things are changing now. I’ve been to Lagos maybe 3 times in my life. And I still am able to do what I do.

What do you think Nigerian rap can bring to the international rap scene? What is unique about it?

I feel like the beats and the rhythms we use are completely unique. Our process is also different. Every country has its own sound, and we definitely have a particular one. Our producers are obviously very influenced by afrobeats, or UK music. The result if that a lot of Nigerian rappers have done afrobeats, and can easily switch to it when they feel like it. To Nigerian standards, it can still be considered rap. We have this kind of chemistry with the rhythms and sounds. 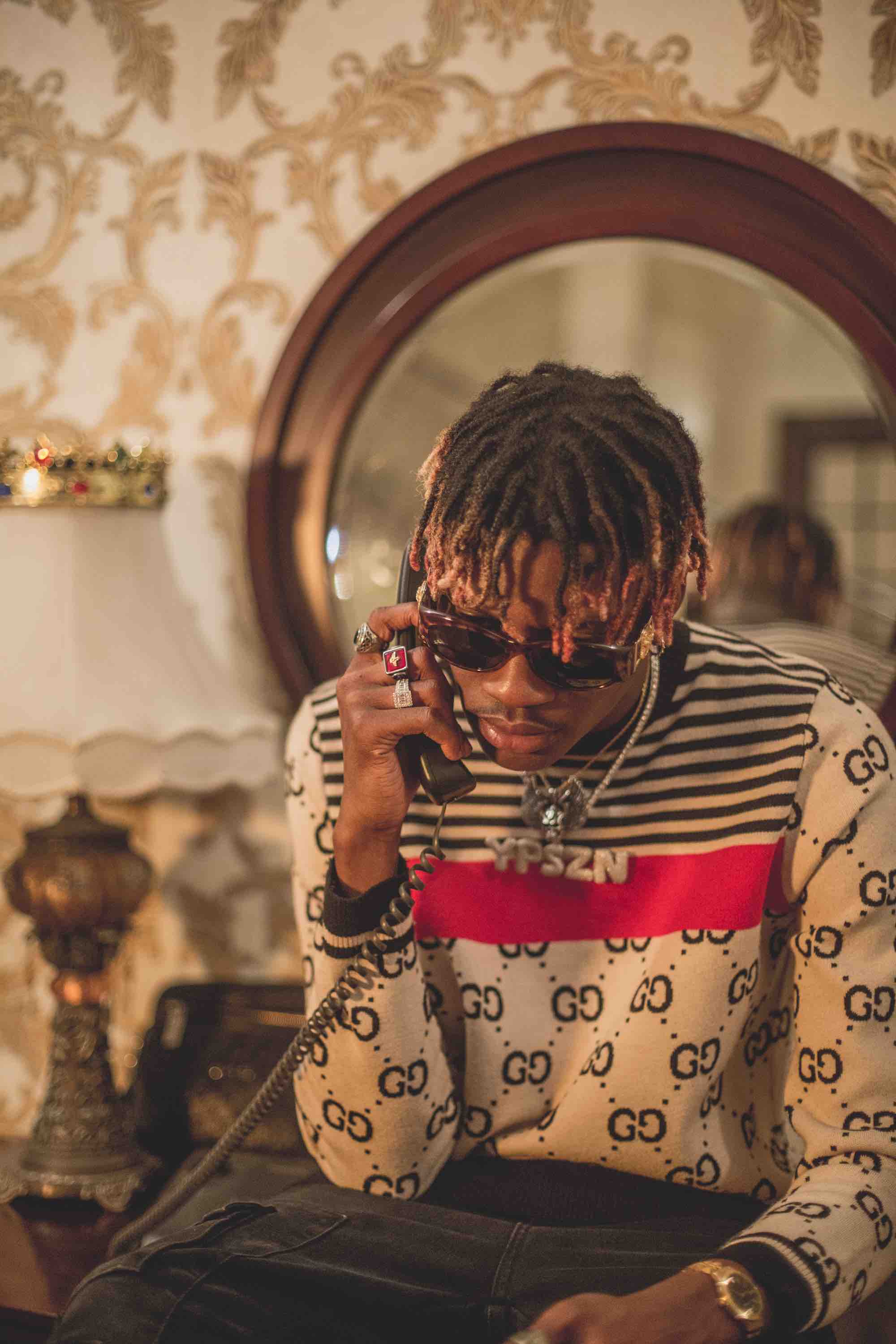 You have a lot of features on YPSZN2. How is the relationship between the Nigerian rap scene’s major players?

There’s no beef. Everyone tries to grow together. I can’t even imagine myself beefing another Nigerian rapper. We all try to support the hip-hop, the culture, Nigeria… It’s a healthy competition: we want to bring the dopest music to the table. It’s still not at the level it deserves, but it’s only by sticking together that we will bring it to higher spheres.

You use a lot of American slang in your songs; the trap, the sauce… Does it make it easy for a Nigerian or African public to understand your music?

Of course it does! This is exactly what I’m trying to show people with rap. It’s a universal language. I am Nigerian, I rap in Nigeria for Nigerian listeners, but at the end of the day it’s not anything different from what’s being put out in America. The goal of my music is that it never feels like I’m expressing myself in a language the listener doesn’t understand. And to do that, I don’t need to make it sound commercial or mainstream. I just stay authentic and try to make it sound good, and anybody can vibe to it.

One of the main genres currently coming from Nigeria is the afrobeats phenomenon. Does it influence Nigerian hip-hop in any way?

The Nigerian hip-hop is influenced by lot of melodies coming from afrobeats that are not usually explored in rap. When you are a Nigerian rapper, the producers will like to play those melodies, make your song sound a little bit like an afrobeats track. They will take all the elements of trap and hip-hop and mix it with afrobeats rhythms. But at the end of the day every artist has his own genre and it’s a good thing when everybody works together. I did a featuring with Terri, who is clearly labelled as afrobeats. But what I do is not afrobeats, you can listen to my verse and you won’t be able to say that it’s anything else than rap.

What are your plans for the future?

I just keep praying that I do better. I do know that I have a talent and I’m doing my best to take advantage of it. I just want to get higher than the point I’m at right now.