The variant colours of Amaarae 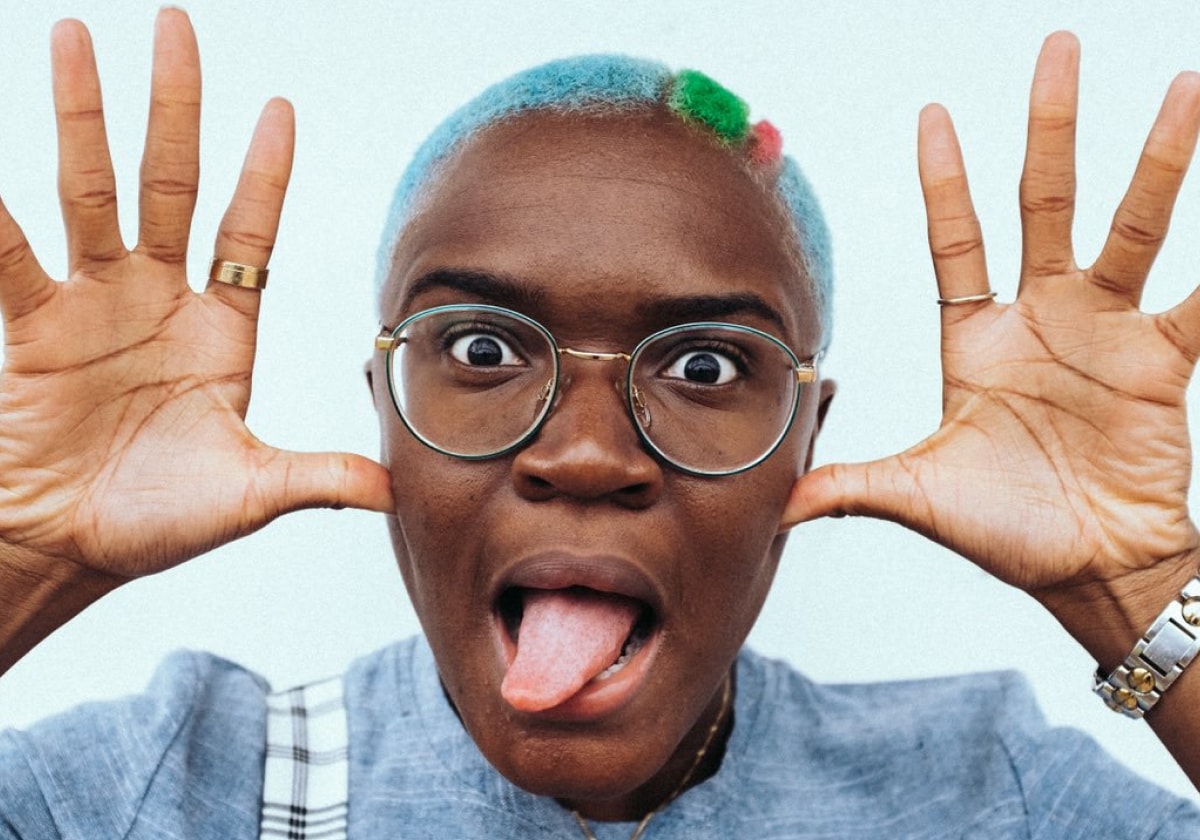 The rising Ghanaian singer has recently unveiled the sensual “Like it” and is currently working on a new project. Due to her musical style, her commitments and her message, she is an unidentifiable artist in her musical environment and is well aware of it. Ama Serwah Genfi alias Amaarae, with her trademark dyed hair and sense of humour, met us in a social café in Accra to discuss music, feminism, the United States and the music industry.

Amaarae’s story begins far away from the Ghanaian capital: it is in the Bronx in New York that she first sees the light in 1994. ” Who knows? Perhaps my mother wanted me to be born an American”, she laughs. “She brought me back to Ghana three months later. She did it for opportunistic reasons: it made it easier for me to travel globally, live and study there”. The strategy works: she returns to the United States 8 years later, staying 3 years in Atlanta and 4 years in New Jersey. She only returns to Ghana for high school at the age of 15. However, the link with her country of origin is far from being broken: “It was easy to integrate! I used to come back every summer, so it was not like I was totally cut off from the Ghanaian experience. In addition to that, I went to the same high school as my cousins”. On the contrary, it is more in the United States that her integration was sometimes bumpy. “I was a victim of bullying because of my accent. And I did not fit in completely with African Americans classmates, who sometimes called me African Booty Scratcher. At that time, they were not as focused on Africa as they are now,” she says with an ironic smile.

Yet, at high school in Accra, Amaarae is not quite like the other students – and it is already music that makes the difference. While most of her classmates listen to afrobeats, hip-hop or hiplife, the young girl finds her pleasure in Billie Holiday or the Red Hot Chili Peppers. This environment overflowing with different genres is hugely stimulating to Ama, and she already starts to record with her friends. “In my high school, the kids were much more advanced in composition than my classmates in the United States. They totally knew their way around music software. In computer back-labs, dudes of my age were recording by themselves, producing instrumentals… I started recording with them. At the time I was a rapper,” she laughs. Between inter-school trafficking of mixtapes and emerging high-school fame, Ama has fun and experiments with different sounds. Until one summer she and a friend save enough money to book a studio for one month. The resulting EP “Heliotrope” is the young girl’s first official and serious project. Her style is already defined: she describes the project as a mix between “alternative rock, rap and RnB”, flying in the face of the Ghanaian mainstream music of the time. Where does this particularity come from, this singularity that has characterised the singer since childhood? She thinks and answers: “I think it comes from growing up around very interesting people, with very interesting viewpoints. It also comes from the geography of my life: imagine moving from Ghana to Atlanta, the trap city, then to New Jersey, in a mostly white area where all the kids were listening to rock! All this has considerably broadened my vision.” 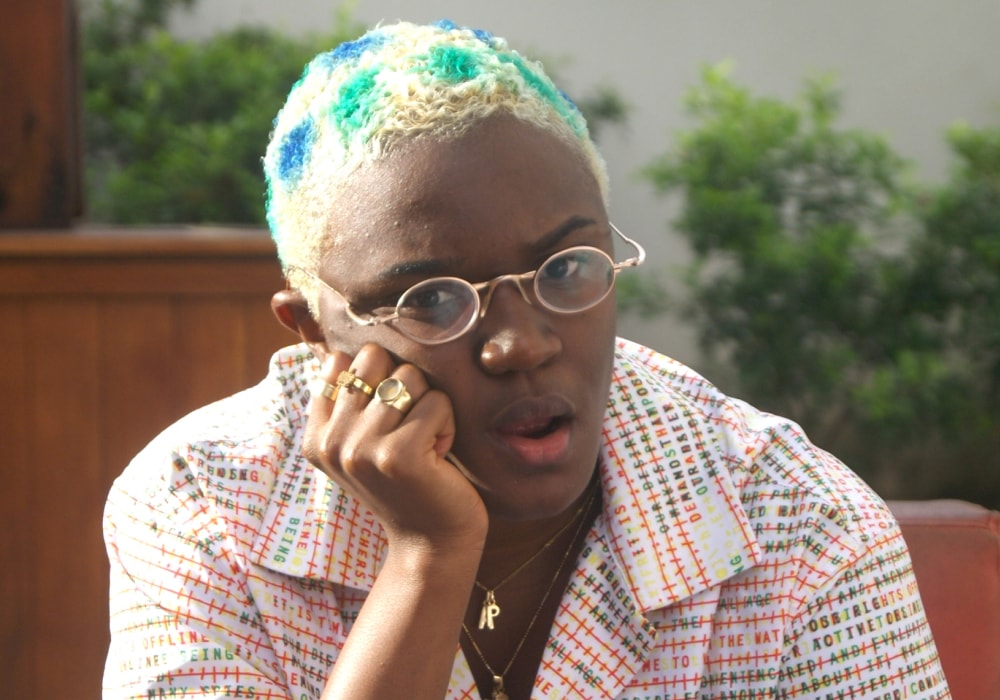 “Heliotrope” is a springboard for the aspiring artist. She does two radio interviews, appears on national television to present her project, and meets the young Stonebwoy, now the undisputed giant of Ghanaian dancehall. Shortly afterwards, she goes to college to study literature and art in the United States. “But I already knew I wanted to be a musician, and I very quickly sensed a change in the wind. I saw that the world was becoming interested in afrobeats and African music. I realized that it was the perfect time to go back to Ghana, make the music I wanted to make and change perceptions around music in Africa. If I had stayed in the United States, I would probably have been lost in the vast pool of female singers. But in Ghana, there is no one to compare my voice, my style or my writing with”. Returning to her country of origin was also essential for the message she wants to convey. “I want to show the young girls that everything is possible and that they don’t have to do what is expected from them. I want to go to the villages so that they can see me with my colourful hair and extravagant clothes and tell themselves, “I want to be like that”. Because I consider myself very lucky to have been exposed to singers like Missy Elliott, who broke down a lot of mental barriers for me”.

Despite Amaarae’s musical mastery, her beginnings as an artist in Accra are not easy. Many professionals in the industry criticize her for not being commercial enough for Ghana – which she considers to be a very narrow vision. “I make my music here because I want the rest of the world to look at Accra. But with all the influences I have in my sounds, I’m also thinking of Tokyo, Seoul, Venezuela, United States, Europe. I don’t want my style to pigeon-hole me in the Ghanaian scene”. Moreover, are the Ghanaian listeners really so impervious to something different? “I think they are much more receptive when they are given the opportunity to be exposed to different styles. There is very little diversity on radio or TV. It also explains why many people are so enthusiastic about what I do”. Being a woman in a predominantly male industry has not helped her either. “It may have been the hardest thing in my career. I see men supporting each other a lot, but I don’t see them extending this courtesy to female artists. Especially when you present yourself with a style that is different from what is expected of a woman”. However, the singer remains positive. The first word that comes to her mind to describe her experience of the industry is “educational”. “If you learn the right lessons from the difficulties, this environment can really shape you into a well-rounded person”. Her second EP, Passionfruit Summers, released in 2017, is a great critical success and won over a large part of the Ghanaian audience. 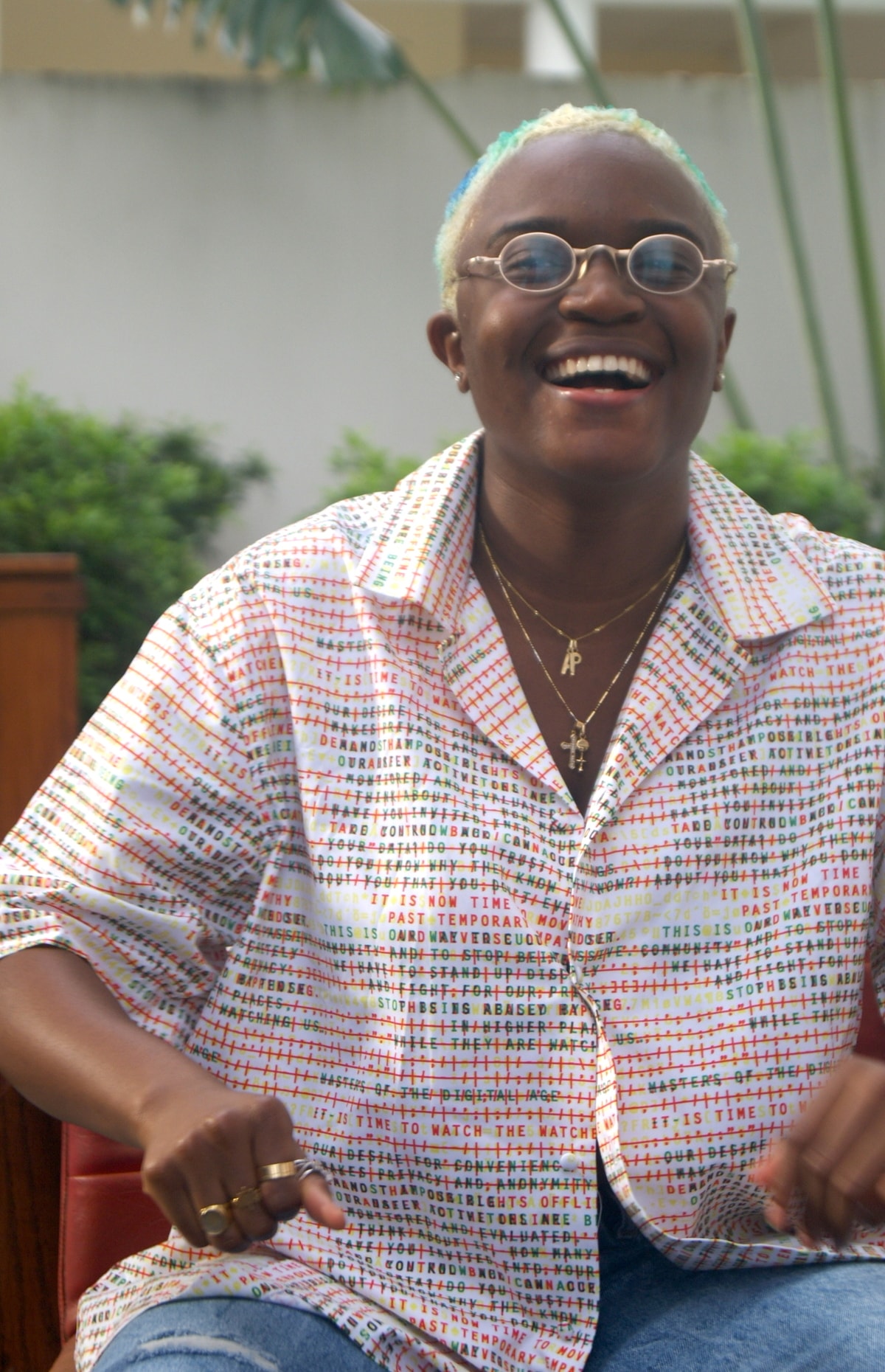 Although the Amaarae phenomenon is hard to define, it can be compared to another West African movement that also disregards a lot of norms: the Nigerian alté scene. “My music has been described as being more alté and I have forged a close bond with many Nigerian alté artists,” the singer confesses. “We have creative but also very personal exchanges. Just like me, the alté scene is about anarchy, freedom and feeling misplaced and misunderstood. We are fed up with the norms, traditions, religious customs, the system that has been totally playing us”. However, all these institutions do not always welcome the fact that young off-beat artists question and challenge them. Amaarae’s colourful hair dyes, for example, seem to be a great source of tension for many elders. An old relative already told her that “true children of God do not have dyed hair”. “But they’re going to have to get used to it,” she smiles. “Young people need an outlet, and they will not be able to keep on preventing them from piercing their ears, getting tattoos, wearing what they want. Freedom of expression is non-negotiable to me”. Can we describe Amaarae as an activist? “I’ve never insulted the government in my songs. But I think I’m political in what I represent. In my space, my hair is political, my gender is political, my songs about sex are political.” An alternative vision of politics that she also applies to other Ghanaian artists, such as the other king of dancehall Shatta Wale. “What he’s doing is incredibly political. The fact that he built his whole career by himself, that he turned his back on the whole industry and its practices, that he blasted huge sponsors in his tracks… All his concerts take place in the street. He doesn’t need any professionals to rig up his shows, and he never gets ripped off”. She welcomes and respects the success of Ghanaian Afrobeats or hiplife artists who may be more “mainstream”, whom she considers talented and inspiring.

Yet, whether she acknowledges it or not, Amaarae is part of this scene and plays a role in the incredible dynamic playing out currently in Accra. Her collaboration on “Like it” with Rvdical the Kid, one of the pioneers of Ghanaian electro music, proves it. She ignores my question of whether the single will be part of a project. However, she claims to have arrived at a new stage of creative maturity. “I don’t yet know what the next step will be. An EP? An album? A prelude to an album? ». The essential thing is that there be a sequel; and in fact, the singer’s singular energy has already left its mark and is not about to disappear any time soon. 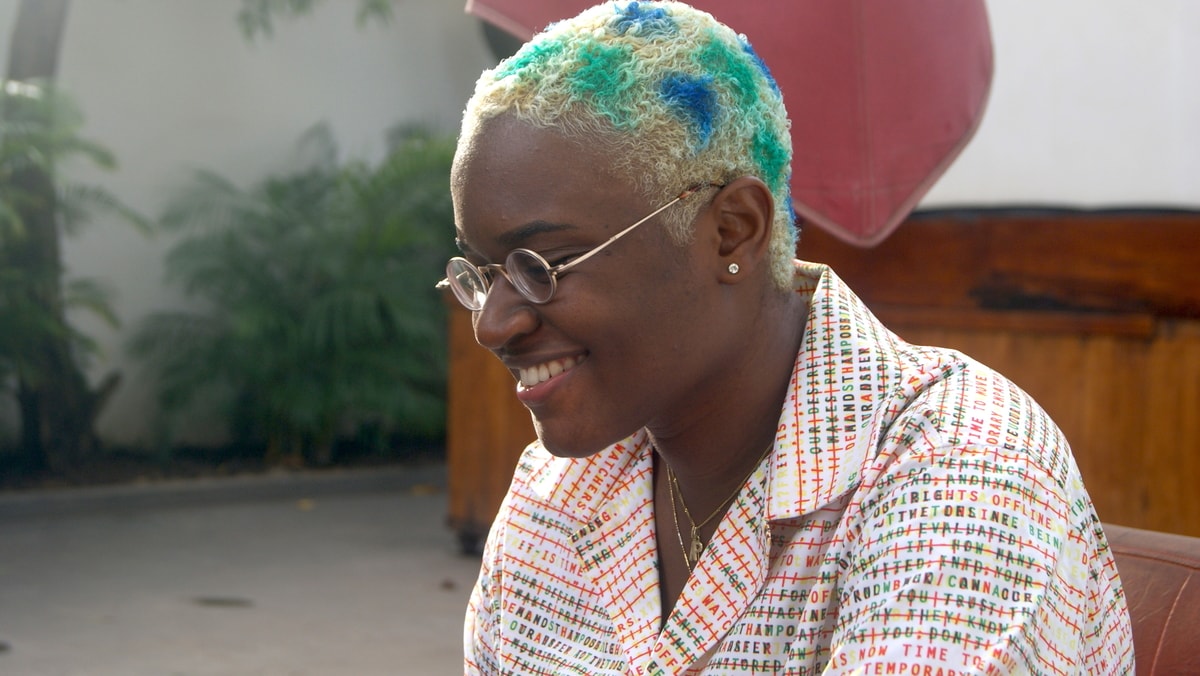 Yinoluu and the alternative frequencies of Nigeria
Feature