DJ Kampire, on the rise 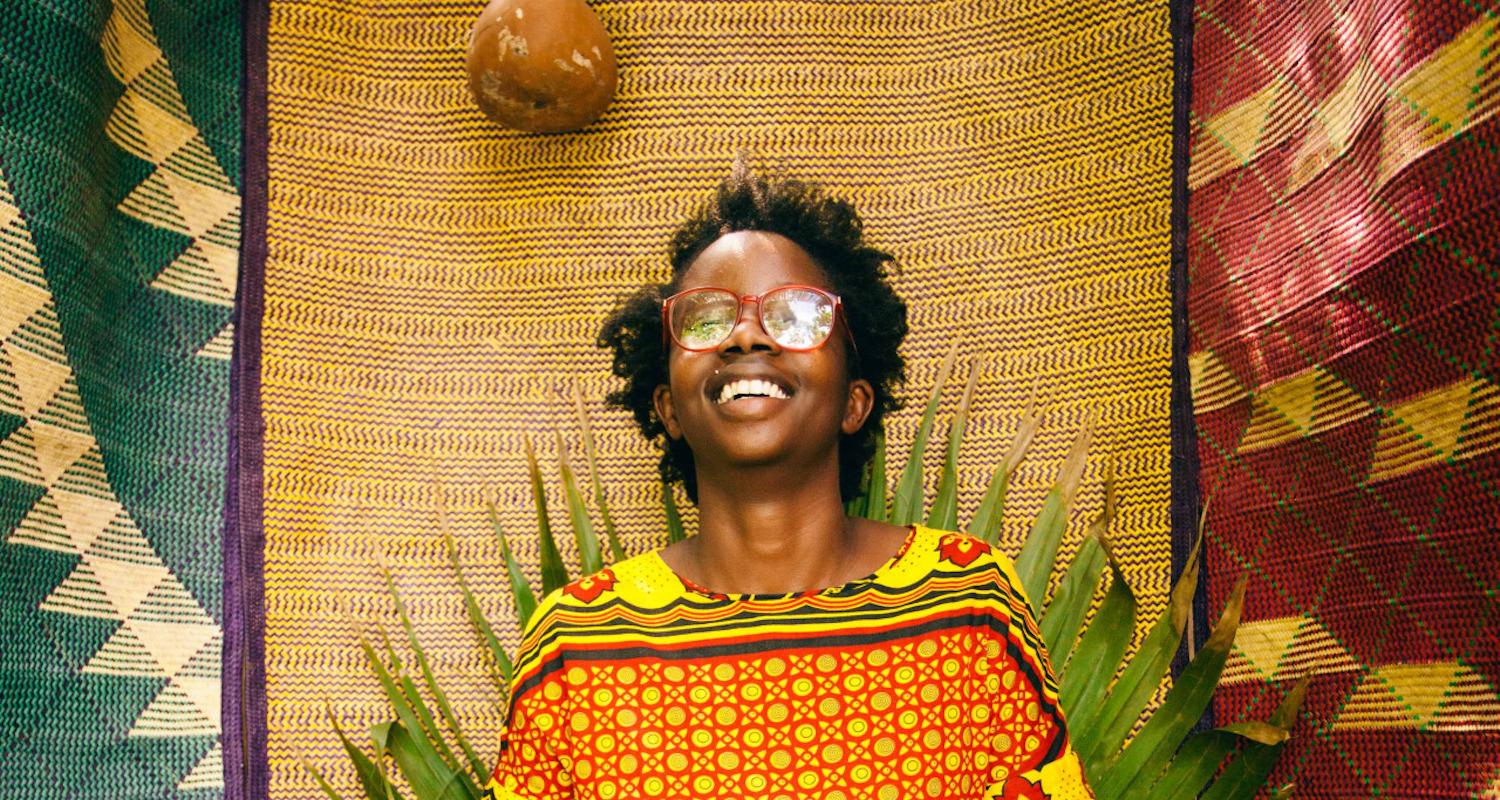 The young Ugandan DJ, signed to the label Nyege Nyege, has become the darling of the biggest electro music festivals. PAM met up with her this summer in Arles, at Les Suds Festival.

If the Ugandan scene is currently booming, the label and festival Nyege Nyege, based in Kampala, are not for nothing. At the heart of the collective – whose primary objective is to highlight the electro scene in Uganda and more widely in East Africa – is Kampire Bahana aka DJ Kampire.

Born 32 years ago in Kenya, this young woman grew up in Zambia before going to graduate school in Ohio, USA. Today, based in the Ugandan capital, she first performed in 2015. Since then, the performer who admits to having ‘started to play a little by chance, for my friends, my community’ is constantly surprised at being paid to play. And yet, from New York to Shanghai and from Sonar (Spain) to the Dour Festival (Belgium), DJ Kampire is conquering the world. On the menu: euphoric DJ sets mixing her dad’s favourite Congolese dance music with electro sounds from all four corners of Africa.

In Uganda, freedom to gather and the freedom to express oneself is limited. In this context, it is hard to imagine how the Nyege Nyege Festival was born five years ago and continues to flourish. How do you explain that?

Uganda has this reputation for being very conservative but it’s also a very liberal place. It’s a place where people come to party. Kampala is the party capital of East Africa. Entertainment is one of the biggest and most free space in Uganda. In a way, it seemed that Uganda was the only place where something like Nyege could happen because it’s a special place. A lot of Kenyans and other East Africans come here to party because of that reputation. We have lots of nature and such beautiful people who are very welcoming and we love to dance and party and, up to a point, we’ve always had the support of the security services in Uganda. We’ve also always had tourism in Uganda. However, there are definitely people who have made it a political platform to champion these very conservative points of view and religious fundamentalism. But fortunately, Uganda has a very diverse society.

What were your plans when you were studying?

I had many different ambitions. I always thought I would write; that writing would be always a part of my career somehow. That’s what I expected to do forever, and what I do now to an extent. I sometimes write as a journalist about arts, culture and women’s issues. But I don’t have as much time for it as I’d like.

On that note, one of your compatriots – the feminist intellectual Stella Nyanzi – has been detained for several months for a poem published on her Facebook page. Can you explain to us what is being criticised?

She is an activist, a lecturer, a writer, and she is very vocal in her position on the current government. She uses social media to make quite a splash and she writes very vulgar poetry and blog posts. These have pissed off the President so he put her in jail. She has been in jail for almost a year now, basically because she wrote about the President’s mother’s vagina. I think she’s great and what she is doing is for all of our benefit.

She’s challenging them and defending our freedom for us. She needs more support so I’m glad you brought this up. I think that part of the reason she’s gotten so much attention […] is because of this thing of using vulgar language. Because we come from a very polite society when you use rude or vulgar language – especially if you’re a mother (she’s the mother of twins which has a status of its own in Uganda) – it shows how fed up people are. It’s kind of like when your grandmother takes her clothes off that means she’s really pissed at you, that she’s really mad… I think that’s part of what she’s trying to do.

How would you explain the excitement for your music throughout Europe and beyond?

Dance music is becoming more expensive and people are interested in the perspectives of women and what people from the global south bring to music. It’s not the common 4/4. Essentially, there’s a lot of renewed interest in music from elsewhere. And it’s just good to dance to!

Is there a place where you felt that it wasn’t catching on, where people didn’t understand your set?

Yes, sure. In ‘super mainstream’ Kampala clubs. There are expecting to hear top 40 afrobeats, American pop, trap…so when you deviate from that you have to convince people to go with you and I think it’s one of those things that makes you a better DJ. Sometimes here you play in these festivals and people have come to see you so you can be comfortable and just do your thing. But it also helps to go to a completely cold audience and see how people react.

Do you ever think about producing your own music?

People keep asking me that. So to an extent, I feel some sort of an obligation to explore it just because there are almost no East African woman who produce music. But on the other hand, because people keep asking me, it makes me want to say no [laughs]. And also because I feel that DJing is a discipline of its own and there’s so much to learn, you can have a career for years and years and still be educating yourself and getting better and learning new things. It’s a very different discipline so the fact that it seems inevitable that people have to do both isn’t necessarily the right way to look at it.

Is there a song that makes you dance no matter what?

A few months ago I played ‘Sai’ by Kanda Bongo Man and everyone went nuts.  It’s one of those songs that really speaks to my generation, very specific children who are born at a specific moment on the African continent.

Read next: DJ Haram, between angels and jinn 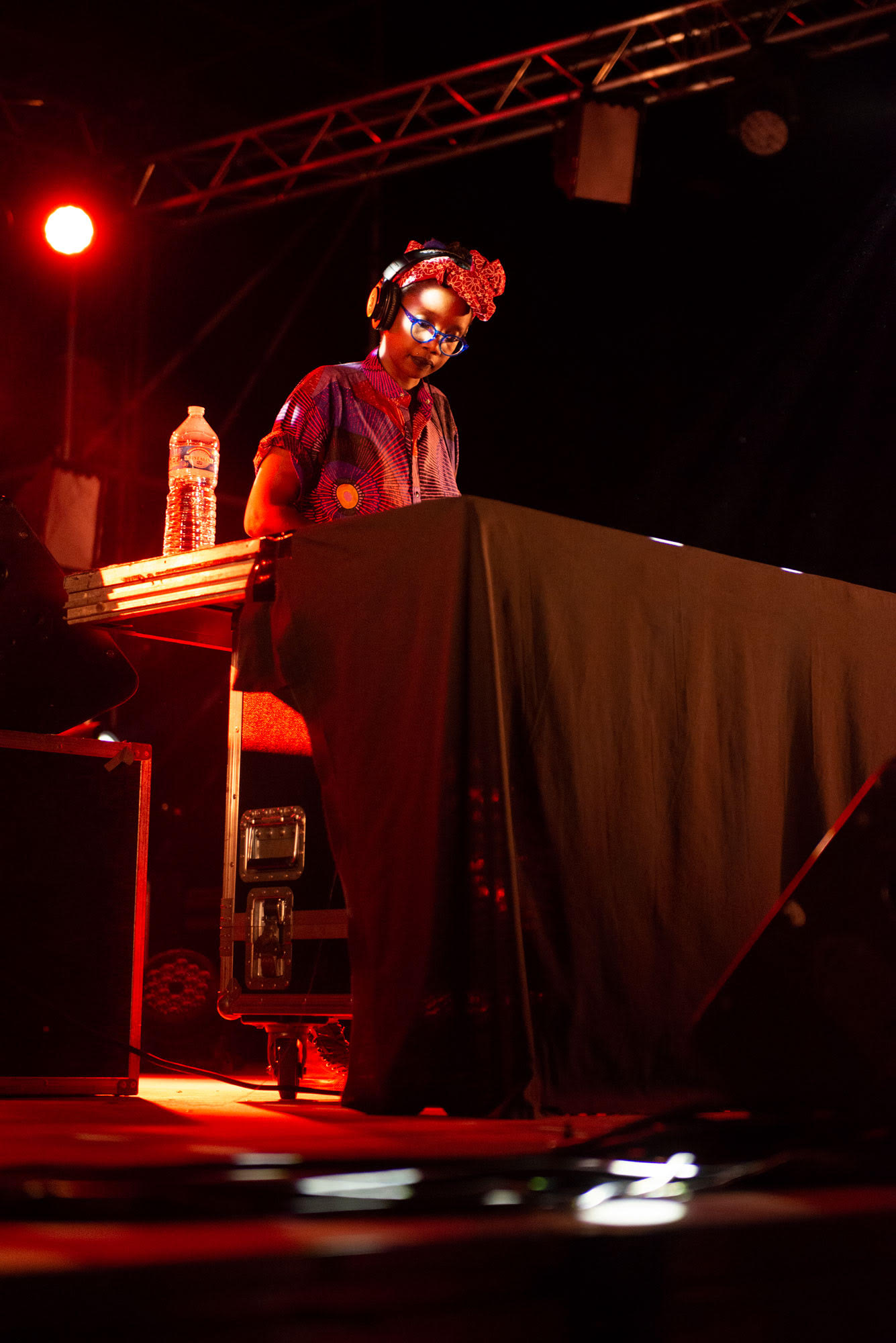