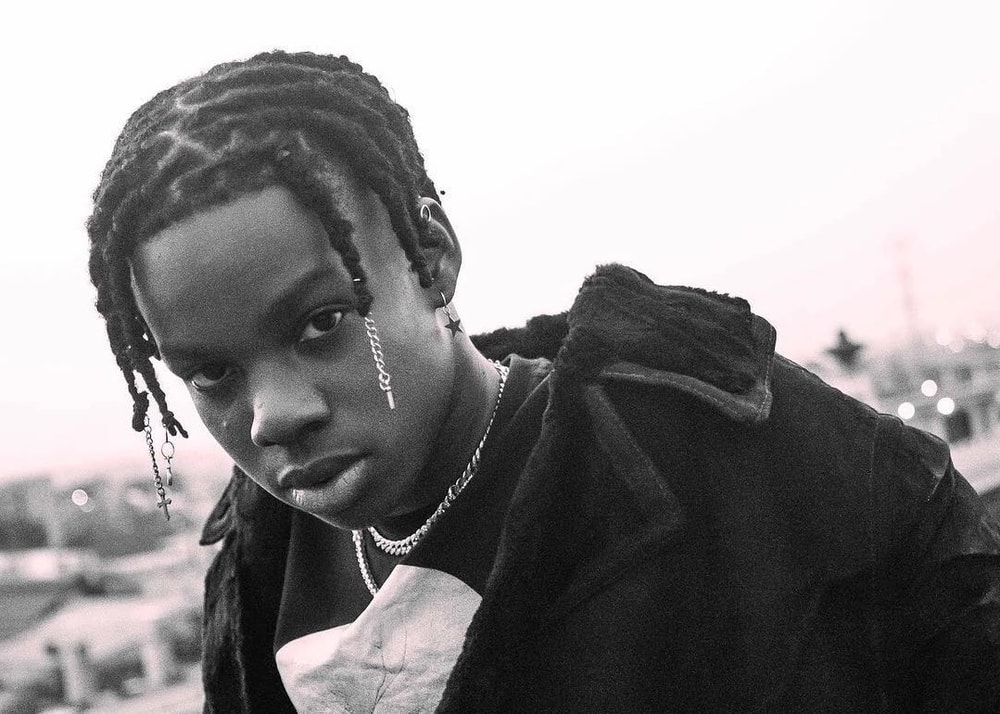 When he released his debut project under the label, – a self-titled four-track EP – there were concerns that he was being forced to ‘switch up’ his style.

One hand holds the pen, and that hand signs the deal. Then come tweets and the social media posts. The kneeling of a family member, head towards the sky. The joyous tears of a mother, the phone call from a father holding back the emotions in his voice. His child has ‘blown’, he knows this by now. What this means to him (and almost everybody else in general) is the image of a familiar person waving from far away, shiny. The terms and conditions which precedes this deal he doesn’t know.

The event of the record deal is celebrated, and rightly so. For the Rema deal to Don Jazzy-owned Mavin Records, we imagine that at least, one of these scenarios played out.

The news of the deal came alongside a trending video of Rema performing in a car. Don Jazzy’s younger brother D’Prince (himself a Mavin signee) was credited as getting earliest contact with Rema. Asides this fact, the 18-year-old was another dreadlocks-wearing kid sharing the same earth space with everybody else, and he just got lucky.

A detailed report of the circumstances which surrounded his signing-on to Mavin Records wasn’t sold. Intentional, seeing as Don Jazzy and Mavin quickly went about promoting his artistry.

When he released his debut project under the label, – a self-titled four-track EP – there were concerns that he was being forced to ‘switch up’ his style. Listeners had noticed that the music form which pre-Mavin deal freestyles took was ‘wavy’ – centred around the fast-paced rhythm of trap music; as a Mavin artiste, he was infusing afrobeats elements into his music which unsurprisingly led him to be compared with a section of foremost artistes in the genre.

With the outcry of a significant portion of fans, it is worth investigating the generational politics that might lead to what many have termed a ‘switch up’. “Dumebi”, for instance, is a loose attempt at painting a story, and Rema does this in the most Nigerian way. After a few listens, it becomes apparent why it is being pushed as the lead song in the four-track album. It also elucidates the words of Native Mag writer Debola Abimbolu who reviewed the project – “his songcraft, knack for catchy melodies, hooks and an understanding of how Auto-Tune best suits Afropop is a rare combination that is pushing the envelope for what we know now as pop music from Nigeria.”

While the sound is distinct from his early break-out songs, it should be considered that songs off Rema’s EP were recorded before he was even signed. This narrative is recognizable as a part of the Rema story, an 18-year-old who has absorbed the sounds and music around him and fused this into his own unique style.

The producer’s career is the stuff legends are made of. Alongside D’banj, he created Mo Hits, an all-powerful musical dynasty which at the peak of its powers, had about three A-list artistes and bangers dropping every other week.

Seeing as Don Jazzy was largely responsible for Afrobeats’ earliest entry into the international music market (via Oliver Twist) when he and then-partner D’banj broke off to make Mo Hits a defunct label, his Mavins imprint (founded on the 8th of May, 2012) was given special attention. On Mavin’s first day at the office, a joint album ‘Solar Plexus’ was delivered by the likes of Wande Coal, D’Prince, Dr Sid and Tiwa Savage. Created around the pop tendencies of its time, the thirteen track album boasted hits, chief among them being D’Prince’s “Take Banana”.

The following year, Tiwa Savage’s debut album Once Upon a Time was released to critical acclaim. When the project was nominated for “Best R’n’B/Pop Album of the Year” at the Headies, it was clear that Don Jazzy had handpicked a gem.

Wande Coal happened, however, with the Afropop icon opting out of Mavins to start his Black Diamond imprint. There was a need to restructure and extend the label’s reach and Don Jazzy pulled his hand once more, signing the trio of Korede Bello, Reekado Banks and Di’ja.

Looking closely at that trio of young acts, their Pop credentials was bubbling. From their input in songs like “Dorubbuci”, “Adaobi” and “Jantamanta”, they seemed AI generated, sure to always release hit songs. In 2015, the prestigious Next Rated award at the Headies had already come home to Mavin, with Reekado infamously clinching it ahead of Lil Kesh.

The other duo which made up Mavin 2.0 were doing great too, Di’ja’s fan base gravitated towards her often playful rendition of her love-themed songs, Korede Bello went by ‘mega superstar’, charming with his overall personality, his teeny-weeny voice which marked the perimeters of his fun-styled music.

Years on, it would be rash to call the Mavins 2.0 a failure. But in comparison to its predecessors and stretching back to the Mo Hits which was a musical superpower in Africa, it put up a weak fight for hits value or influence. This was due to Nigerian pop music fast changing, and with the exception of Reekado Banks, the other two have found it hard to be consistent with their success.

The next set of Mavin signees marked an important change in philosophy for Don Jazzy. While the trio (four, technically) of the DNA twins, Ladipoe and Johnny Drille are anything but unmarketable, it was a risky move, signing an alternative/folk artiste with a relatively small discography onto a major record label. Ladipoe is a rapper and in a more developed system, his signing is important, compulsory even. But in Nigeria where he competes directly (for streams and album sales) with afropop and its stars, he had to adjust, find a middle ground for his artistry and his pay-back-to-the-label plan. The DNA twins were less risky, a return to the outlandish matching outfits show which P Square headlined. Unlike the former duo of artistes, there was little asked of them. It would seem originality begets demands, pleas and concerns about ‘switching up’.

Through this, Rema’s originality is confirmed. As earlier mentioned, he is a child of many sounds. He has drawn a comparison with musicians as diverse as Wizkid, XXXTentacion, Travis Scott, Teni, and his Mavin predecessors Wande Coal and Reekado Banks.

In these times of cross-cultural exchange and export of afrobeats, Rema seems well equipped with the tools that ensure he cuts across markets and genres. This is why the politics of his signing is to be understood – by everyone else and by him.

What is this politics?

There’s a tentative theory that could be applied to the Nigerian artistes Rema is being compared to.

Unlike acts like Johnny Drille and Ladipoe who had generated a loyal underground fan base before getting signed, Rema is an upgrade on the discovery patterns of Wizkid and Reekado Banks.

He is a product of the digital age and his music partakes in the instantaneous and colourful live-as-you-go life that has marked the generation. Outside the Internet and its corridors, he has little influence in underground circles which grows organically. He was signed because his music is loud in its prospect.

This deficit of a traditional underground fan base could either be a blessing or a curse. Like all the external factors gravitating towards the new whiz kid, he will be influenced. By the new fans and followers, by the tabloids, by the charts, by Mavin interests, by his family. And he must choose his demons carefully. Already he had been drawn into humorous conversations: he tweeted a photo of himself in a radio station. He had a lollipop in his mouth and his caption was ‘stick sweet over blunts’. Many said this was how everyone else began – by basically being a good boy.

In regards to his music, there are not many ‘day-ones’ who will put pressure on him to stick to his earlier artistic tendencies. This leaves Rema free to float with the wind, to record as diversely as his influences do. When his sound veers away from a path we do not readily understand or accept, let him have his peace with his choices. He just makes sure that he floats towards his strongest musical ambition, the one that led him to pick a pen to write his first song.