Bonaventure's DIY electronic music blending against all forms of oppression 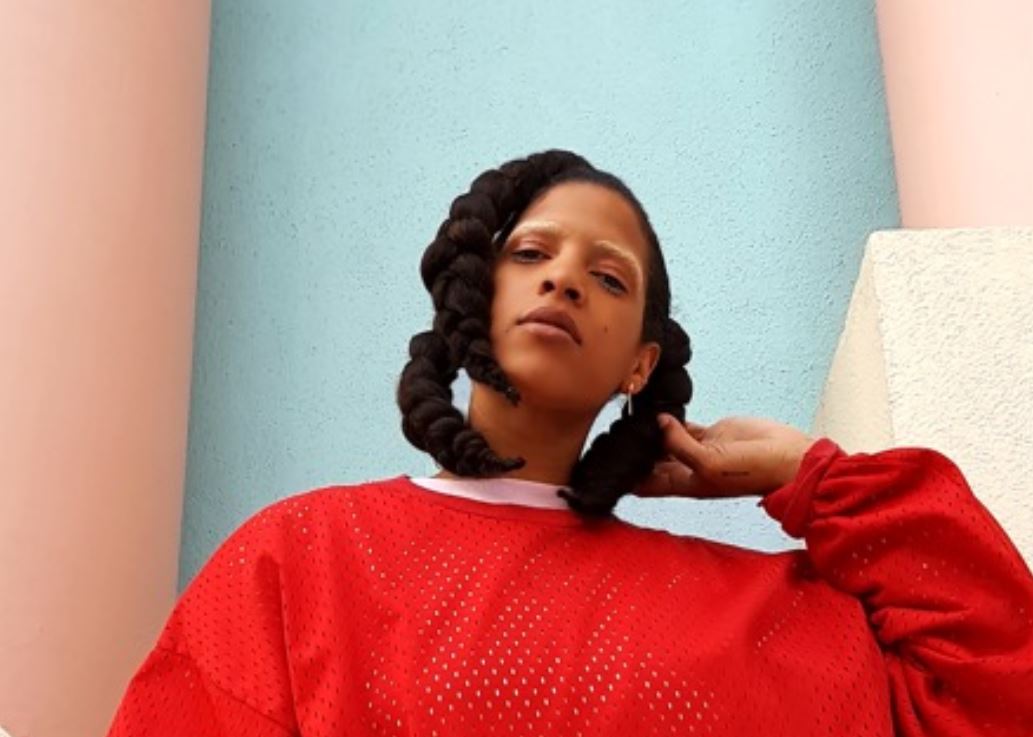 After an acclaimed debut EP on PTP, Bonaventure released a new project on UK label Planet Mu. Mentor is a “homage to people whom inspire her, a gesture towards
engagement and interaction with individuals and subjects she cares about – a research on the responsibility of learning and the process of teaching and sharing information.”

Interview with Soraya Lutangu a.k.a. Bonaventure.

How did the encounter with Planet Mu happen?

Mike, Planet Mu’s label head, contacted me in the fall of 2017 via email to express his interest in my music, and let me know he would be down to release an EP together.

You are saying Mentor is partly inspired by your recent science fiction readings. Can you tell us more about those inspirations?

I am interested in the different type of mentorships. I think it is the kind of feeling/state that reinvent itself constantly and I am curious about the various meanings one unique phenomena can hold. In January 2018, I left for Beijing China, to do a music residency together with the organisations I: project space, The Neighbourhood and China Residencies. I asked them about local authors and advice on what to read and they advised The Three-Body Problem from Liu Cixin. I devoured this trilogy for many different reasons, but this was also the starting point for me to dig into the idea of mentorship between human and extra-terrestrial kinds. Of course I had already heard about theories on the Egyptian pyramids that would have been built with the help of extra-terrestrial forces, but at this point and through this series of books, I got to explore a bit more in depth the multiple layered concept of mentorship. But you know, we could read the same book and understand different things. At the end, I doubt any of those books were really talking about that, but that’s what I wanted to see in them. 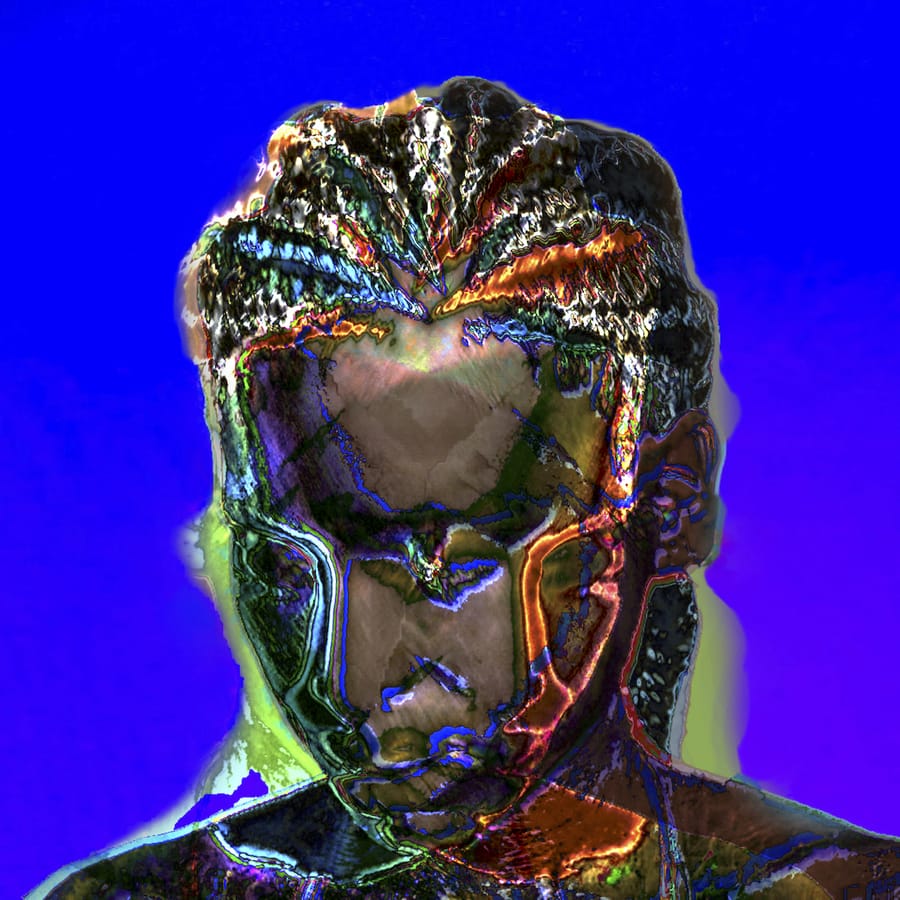 The music on the six-track EP is informed by musical styles like kizomba, tarraxo and coupé-décalé, as well as Western dance music. How do you manage to blend loads of musical styles working on a track? To go further, are you focusing on one inspiration track before composing a song or is it an instinctive thing that came from your musical background?

I really don’t have any agenda or strategy when it comes to composing music. I definitively get inspired by my surrounding, not even in the glamorous sense of the term – literally the everyday life. Like, going to the gym and hearing the bottle of water of the person getting changed next to me falling on the floor. I connect that to a melody or to a percussive pattern, and once I get back home, I can start a track. Most of the time, I find an other idea while I am trying to remember the initial idea so it is really like constantly surprising myself.

When it comes to musical background, I got raised into the Afro-American hip-hop culture and I stick to it to this day. Rap is the music I listen to the most at home. But my heart beat fast for central African groove as well and its part of my heritage. And I also connect hard with western dance music like gabber, trance or hardstyle. Naturally, all those influences are together in my tracks, none of them tries to dominate but rather find balance and throw lights on each other, like siblings do.
You say that you’re organising samples into “natural” and “unnatural” sounds, “European” and “African” sounds. Where do you get your samples from and what is the production process behind it?

Yes, I am definitively obsessive with binary system, even tho I am very cynical about that. Growing up, people too often would ask me if I feel more Swiss or African, if this or that is coming from the Congolese side, or the Swiss one. I am still shook about the violence of this question and a way for me to get over it is to actually use this separative system to create unions in my productions. Whether it is about “nature vs technology” or “Europe vs Africa”, at the end, “ON EST ENSEMBLE” [for “we are together”, in French in the original text].

I sample a lot from the Internet (recent or old school music, advertising, films score or dialogues, political speeches, and so on), and from my phone, whether it is voice messages people send me or by using a recording app.

Can you tell us more about your collaboration with artists Hannah Black and Ali-Eddine Abdelkhalek?

The collaborative project Anxietina is put together by Hannah Black, Ebba Fransén Waldhör and myself and is a performative piece loosely centered around the idea of a superhero figure called Anxietina. The project is an attempt to build a mythic infrastructure around the pervasive anxiety of the everyday: her superpower is an anxiety that is both her own and an undifferentiated collective energy. We performed the piece in different institutional spaces the last two years, like Moma PS1 in New York, at the Chisenhale Gallery in London or the Centre Pompidou in Paris. I am thinking about this project as an experience between the three of us and the audience, so it is more complicated for me to explain what it is about. Come by if we perform in your city! 😉

The collaboration with Ali is linked to my solo performances / projects. Ali is a multi-disciplinary, mixed-media artist and designer and I feel we are both on the same vibe about mixing things that are initially coming from opposite poles. He is ultra skilled and fluid in his practices, so what started as a video for my first-ever track “Complexion” (NON WORLDWIDE, 2016), is continuing to evolve into an ever-growing video that I have been projecting during my live sets. Ali understands my narrative and always finds beautiful ways of translating that into motion pictures. I am very grateful for this collaboration and always get mad love from the audience about his execution. Ali also made the cover of Mentor, which is initially a screenshot taken from this live set video and the evolution of a picture he took of my sister Célia, together with Charlotte Krieger.

I am lucky enough to be friends with all the people mentioned here, which gives to the process of developing ideas together a very beautiful shade. I am super proud of all of those talents and mad lucky to work together with them. 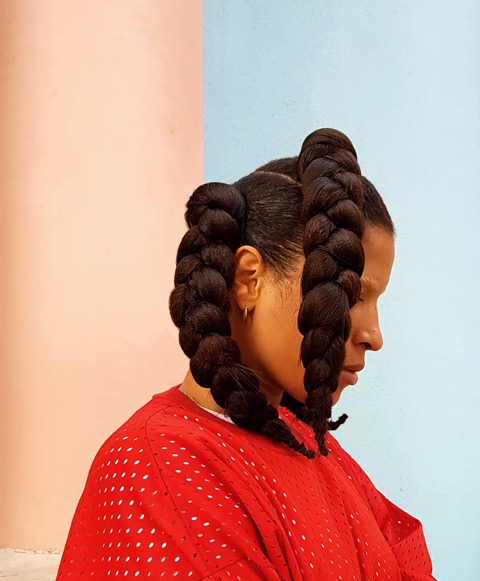 How was your relationship with your nephew Bonaventure, after whom your musical project is named?

I started to compose music shortly after the death of Bonaventure which naturally changed also a lot the dynamic of my family. The project is forever a shout out to him, and my first EP Free Lutangu (2017, PTP) was a very urgent project directly about traumas linked to systematic oppression, neglect and the deaths it can bring, social justice and mental health in the community. Both my EPs have six tracks, as we are six siblings and that I have too much love for them to carry to not constantly dedicate them what I am putting out. We have not been living in the same countries for years but we’re trying to keep the family close.

Now that this first step of urgency is out there and that I could heal, I found new ways to look at things and people, and I also had the time to invest my resources into self-care. Mentor therefore comes from another place, that represents another part of this road. This EP is a big thanks to the people that have helped me carrying myself out there, and that have inspired me. If you want to put it simply it’s a project about being a fan, and embracing that.

Thanks for having me, sending love to the whole Pan African Music family.

Find Bonaventure in our Afro Club Exp. playlist on Spotify and Deezer.

Read next: From the precocious child Pongo Love to the feline woman Pongo