Yemi Alade: "Africa is going be the spot" 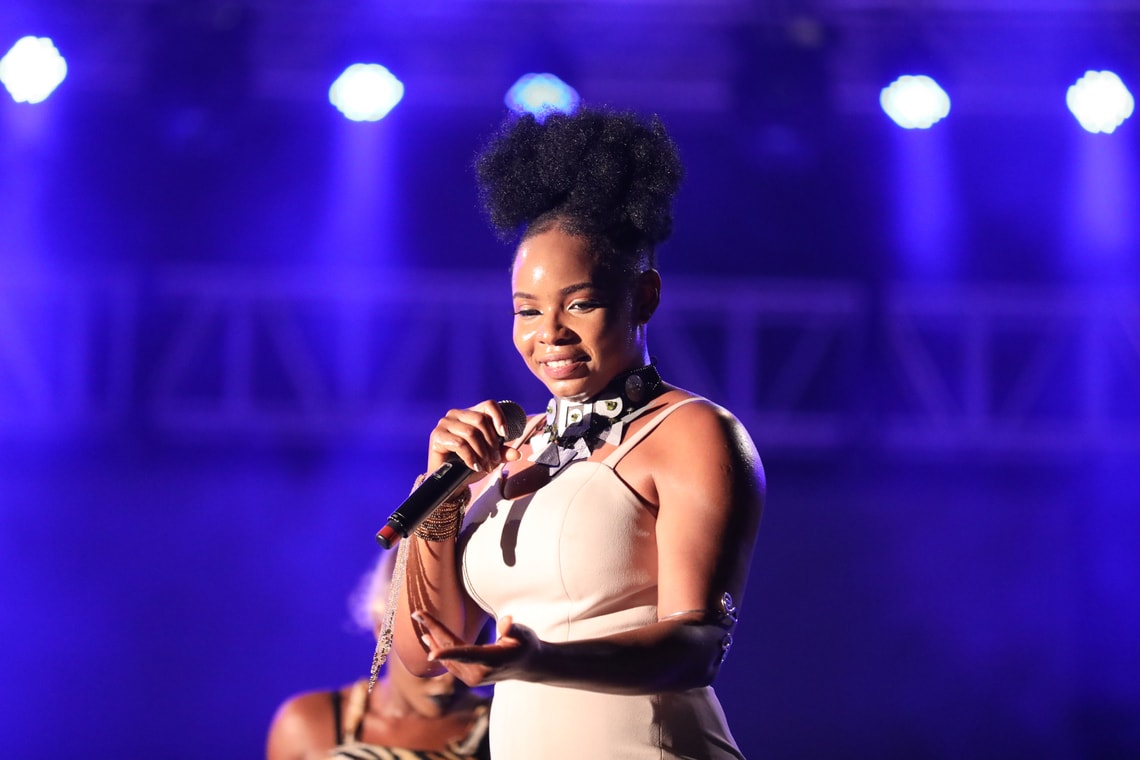 After electrifying the scene of the FEMUA in Abidjan, the new diva of Nigerian afropop received us to talk about Africa and the future. Since the release of the hit single her “Johnny”, she continues to conquer the continent and the world as well, sometimes singing even in French.

We are here in Abidjan, what Abidjan and Ivory coast means to you musically and artistically?

Musically I have been inspired by Ivory Coast for a long time especially krikata, I’m a big fan. I hope that’s the name. It’s a musical gender I really love. They used their mouth to do a lot of sounds, i really love that. Artistically, I have a lot of amazing fans in Ivory Coasts who follow me over the years. it’s always a pleasure to be around. I’m inspired by the people, the lifestyle, each time i come around. So yes that’s what Ivory Coasts means to me

Why according to you Lagos became a real major city of music nowadays where it used to be Abidjan in a way?

I think life happen, things changed the most constant things in life is change, right !?
At the moment people believe that if you make it in Lagos you can make it anywhere.
it’s definitely beyond the name of the country, I think that it’s people who want to make sure that the world hears them even if there is things that limiting them, things that the western world have. I think it’s the hope that people have individually that is making Lagos be what it is today.

« For me being an African today is one of the biggest blessing that god has giving me. »

Since more than 30 years, London and Paris were some of majors cities for music, now it seems that the action and the vision are back again in Africa by artists like you which is a change I think?

I think London and Paris are still the place to make music happen but Africa is going be the spot. Take my stuff for instance I shoot video in Africa, I also shoot video in Paris. I shot video in Paris, I shot few videos in Dubaï, and sometimes i shot some in London
Africa recently became the hot spot but it doesn’t make London or Paris less, there is still a lot of things happening there.

I believe that the perception of Africa is whiling to slightly change. Its very slow, it’s little by little but I know that music has an hand on that as well. Lots of great people who are coming from Africa are doing things in a good way . On my own little way I’m contributing too I hope. 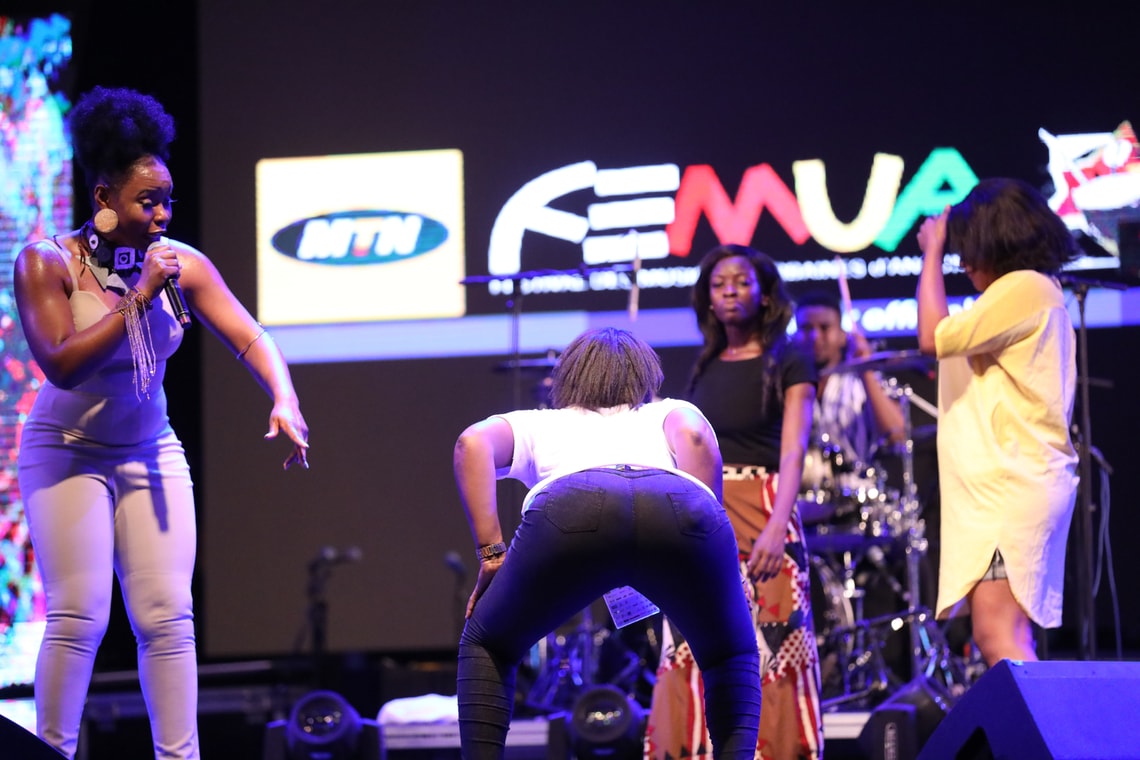 Who else has been your majors influences for you in Africa?

Why is it important to be bigger than life today especially in the music?

It’s not important to me. If you check my Instagram you see that I pretty much be like the girl nextdoor. I don’t stress my life to be bigger than life. Actually I’m looking to live my life as it is and enjoy the little and beautiful things that comes.

Artistically I’m bigger than life, I like to push myself, push boundaries, things I don’t have done before, do things that people couldn’t be done as an African… In a good way for sure.

In Nigeria today, It’s almost a political statement to show off rather than to critic the regim for instance like was Fela doing?

I will tell you something, you see this thing being a musician, being politically vocal is something particular. You have to be prepared for that. I think Fela was prepared himself mentally and was ready for all consequences, because if you read the biography of Fela you understand that the situation affected everybody around him, friends, fans, his mother, everybody was affected. I think Fela was ready for that. That single action still did not break him and also his mother too. I think they were prepared.

What does mean to you to be an African today?

For me being an African today is one of the biggest blessing that god has giving me. Even more than just being a Nigerian, the more I travel the world I see that Africa is a Continent as well but most of that a big country but divided by languages and barriers. I think languages are the biggest obstacles that we have to face beyond religions and barriers.

It’s a debate but for me being African is sign of hope. It’s a sign of possibilities of life where boundaries are crossed over. It’s a stand of strength, it’s make me feel strong, It’s make me feel credible. 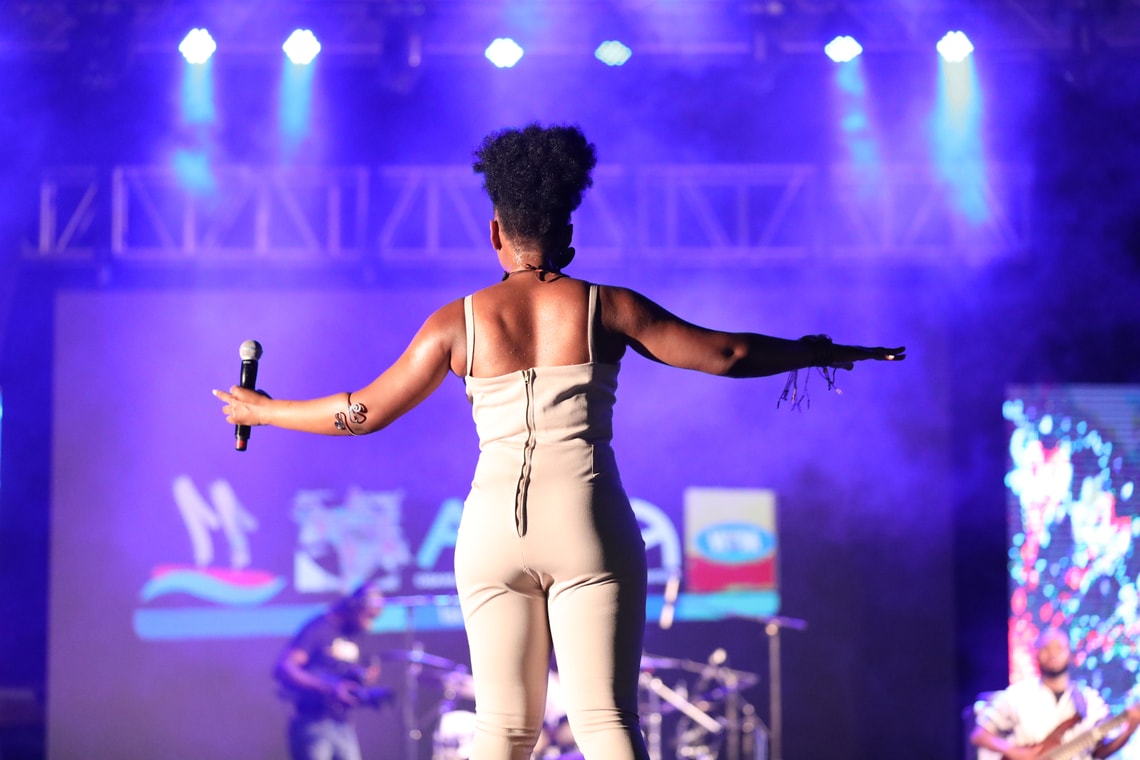 You were mentioning the problems with languages and barriers but when you played in Abidjan everybody knew your lyrics – what do you think about that?

That is something I thank mother nature and music for. Because music on it’s own is a language. I love songs that I don’t know what they are saying because languages are foreigns to me. And I think it’s the same feeling that people have with my music. So when I come to Abidjan, a french speaking city, I see people singing my songs words by words, whao it’s crazy, I can only say thank you.

You sang in french too?

Oui madame ! I sang in french. The first song I sang was « Johnny » but this song was already an hit before I wrote the french version. I have a thing with languages, my mom speaks like seven different languages, I think this is why I love languages. maybe I will learn italian soon (laugh). But the move of doing the french version of « Johnny » was just about to say thank you to people who love me. But french is so hard, I’m glad to have learnt in school I can have a little conversation in french but singing in french is very hard. I think it’s passion whose driving me.

Is there any francophone artists you want to work with?