Music and Democracy in Angola: Batida speaks out 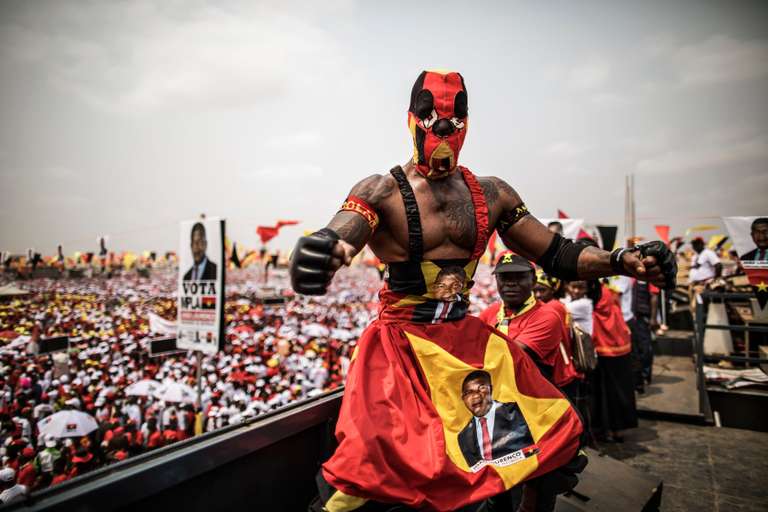 Today is election day in Angola. The people will go to the ballot box to elect a new parliament and a new president. For the occasion, we decided to republish excerpts of the interview Pedro Coquenão aka Batida gave last March to our Lisbon-based correspondent, Kino Sousa. He questions the path towards democracy, and the role of artists in a tense political context.

From radio shows on air and on stage, documentaries, records, collaborations (with Luaty Beirão aka Ikonoklasta and members of Buraka Som Sistema), and live music shows… It’s been ten years now that Portuguese Angolan Pedro Coquenão has introduced to the world its alter ego Batida, between Lisbon and Luanda…

PAM: Do you believe in the possibility of a stronger and fair democracy when José Eduardo dos Santos leaves the power after 38 years at the head of the State? It seems he’s tried to arrange a solution so he’d pass the power to his good friend and current Minister of Defence, João Lourenço…

Pedro Coquenão: Imagine that a woman has been beaten every single day by her husband, under the eyes of the man’s best friend. He has just remained silent there for all these years, sitting in a chair. One day, the husband tells his wife: “I’m leaving you, but my friend stays here.” Do you think that things could change? Honestly, I cannot tell. This guy has been witnessing his friend’s violence for years, and he’s never gotten up off his chair… Maybe he’ll want to kick the wife, too. Who knows? Obviously there’s a symbolic gain in the fact that the population won’t see the same face everywhere everyday. Because until now, the collective fear concentrated on the single figure of the President of the Republic. Finally people will have the possibility to believe that a change is possible. But what I do think is that things will remain more or less the same, and the change will only be marginal. The good thing will be this new sense of freedom and new possibilities, though relatively little. Had the Monty Pythons wanted to write this episode, they wouldn’t have done a better job. 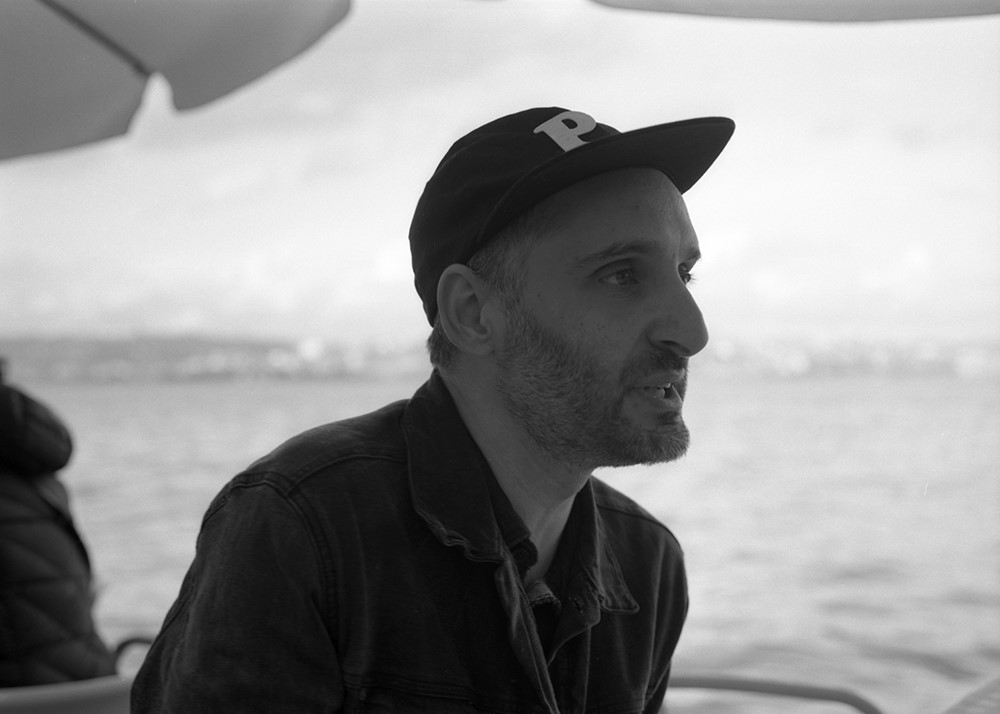 What are the difficulties Angolan people have to face up on a daily basis?

The problems are the same for the whole population. If I live in Lisbon, Portugal, it’s not only because I love this city, but also because I don’t know how I would survive in Luanda. You need at least help from your relatives. And yet… My friends who stay there don’t have any other option, but they’d rather live some other place. I’ll just give you the water example: there’s no running water, but only polluted, infected or highly expensive water, although the country has an excellent water system. This is just frightening! Also, Angola has one of the highest infant mortality in the world [8th rank in 2016]. Same for the freedom of expression/speech and of the media. In Angola, people are born and die without hope.

As an artist, have you ever experienced difficulties with the Angolan government or State?

Yes. Just one example: last year, I was meant to join MCK and Ikonoklasta (Luaty Beirão) in Angola for a common tour, but we couldn’t even give one single performance, as all the shows got cancelled. We would arrive in front of the venue, the doors locked and guarded by the police, although we had organized everything in advance and without apparent problem. We eventually performed a show in a private place and broadcasted it live on YouTube.

Is it possible to succeed as an artist in Angola?

For us Africans, making music in Angola doesn’t provide a living, because of the way the market is structured and because of the small-sized audience. Either you play the game of the government’s propaganda and you end up being associated with the regime, but you can make a living of your art ; or you oppose the power and you don’t have any single chance to survive, and then you’re forced to escape for a greater freedom, often in Portugal.

Why is the kuduro still stigmatized, even in Luanda?

Here is what people think: the afrohouse, it’s this middle-class person whose clothes and dances are similar to mine. The kuduro, it’s this punk guy who enters the club and is dressed the way he feels like, and who often comes from the peripheral suburbs – Luanda’s musseque. And he dances like nobody else does. People are afraid of them. This is true social racism.

Kuduro originated as a dance for popular social rebellion before being completed with music. Have you witnessed its beginning?

Yes I have seen it and I think that it’s the most interesting thing Angola has produced lately. This dance is a very powerful social catharsis. It was nothing sexy at the beginning: they were one-legged kids wounded during the civil war trying to dance, or even people who’d imitate them while dancing on one leg. They would express their post-traumatic stress disorder after 27 years of conflict. Kuduro has been socially accepted in Angola and around the world only once Buraka Som Sistema had turned it into a pop music that would sound nice in the clubs. I was once asked to do a special kuduro radio show for US radio NPR. I had sent loads of kuduro tracks to the editor-in-chief and he eventually told me those sounds could not be aired. If a music is censored on a US radio station, it clearly shows it represents the future!

Have you ever been invited to play in Angola as Batida?

Yes, I’ve received what seemed to be an invitation… in which I was asked to tell what I wanted to perform exactly, and they even suggested me to change my name as a performer…

Still, during one of your last travels to Luanda, you’ve carried sensitive books in your luggage on the plane: novels or essays about Angola’s history, slavery, Nelson Mandela… these are issues that would easily irritate the government. You even posted the picture on your Instagram account. Was it pure provocation or a true attempt to share revolutionary propaganda to your Angolan friends? Can you find these books there?

I always bring books when I go to Luanda because they gain a magical power there. They are not just this piece of paper. Most of the books that tackle Angolan issues are published and printed outside of Angola, and are considered illegal. This picture I took of these books dates back to when my friends were in jail [for having organized the collective reading of a revolutionary manifesto]. I brought one book for each of them, that they wouldn’t find in Angola.

The legend of this Instagram post is “Lisbon-Luanda (Arms trafficking)”. Have you succeeded in smuggling them into the prison?

Yes, I’ve smuggled them inside, all but one, because the control is not as strict as you would imagine. The prison officer only checks the cover and its title, and as long as it doesn’t read the terms “dictatorship”, “revolution” or this kind of hot words, or bear a provoking image, they’ll let it enter the prison. And if it’s one of the officer’s good days – say, the Benfica Lisboa has just won the soccer/football game, the sun is shining… – then everything gets past the security check. And it’s the same for everything in Angola. It must be the Portuguese side of their culture [laughs]. Take this book you’ve brought me today, written by Kalaf [Luso-Angolano writer, and one of Buraka Som Sistema’s founding member]: the cover reads “Angolan” and “Lisboa”, but you see a Black man wearing a tuxedo and nice glasses. This book will never be forbidden in Angola.