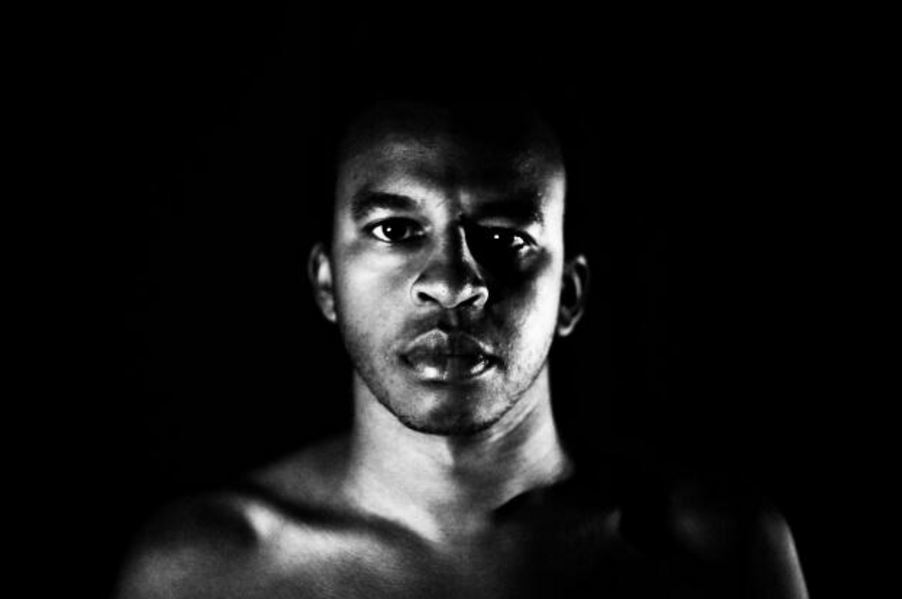 London-born from sudanese parents who then took refuge in the U.S.A., Sinkane’s leader Ahmed Gallab was in Paris to talk about his new album, “Life and Livin’it”. Interview.

PAM: Where does the name Sinkane come from?

Ahmed Gallab:  The name Sinkane is a misheard word from a Kanye West song. I was listening to his first album a lot when I was writing my first album. In a song, he was referring to a slave named Joseph Cinqué, the slave who led the revolt on the Amistad ship. When I heard the song, I kept on hearing the name Sinkane. He was saying « Cinqué » but I heard « Sinkane ». And I kept asking myself, “who is Sinkane?” And I thought to myself, “maybe he is talking about this monolithic African god who inspired the entire continent of Africa?”. His story has been passed down from generation to generation and in the folklore. The story came to the United States through the slave trade, and was immortalized in African studies programs in schools, and finally I got to the point where I thought that I should look up who Sinkane is. When I looked it up, I was totally wrong! I couldn’t find anything about Sinkane… There wasn’t anything about Sinkane at all! But I was ready to release my album, and as I needed a name and that was the one that kept on coming back to me, I used it. If Sinkane did not exist, may be I should start the myth myself [he laughs].

PAM: What is your relationship with Sudan today, the country where your parents come from?

AG: I spent a lot of time in Sudan, growing up. After we had moved to the U.S., my mother, my sisters and I would go back to Sudan every summer, where we’d spent three months every year in Khartoum. So I have kind of lived in the States and in Sudan my entire life, and I still keep contact with all my family there.

PAM: What made you and your family settle in the US?

AG: My father was a politician – a diplomat – and we came to the US because he was doing a studies program. Then the government of Sudan was overthrown by a military coup and when that happened, he lost his job and we applied for asylum in the United States, so we ended up moving in the States.

PAM: What’s the music you grew up listening to?

AG: In the US, my parents would listen to a lot of East-African music – Oum Kalthoum from Egypt, Mulatu Astatke from Ethiopia, and a lot of Sudanese music, Mohammed Wardi, Sharhabil , Zeidane… I could name millions and millions of Sudanese musicians.

But my parents were also big fans of pop music: my mum loved Bob Dylan,  The Beatles, Bob Marley… and my father was a big fan of Phil Collins. Then, from my friends : I had the opportunity to grow up in the US – that’s something my parents didn’t have – and I was able to understand and learn about american culture in a very different way, so my friends were my first influence. And one of the things that my friends put me on was punk and hardcore music. As a kid I fully embraced that. That was a huge influence on me. The music was great because it was very cathartic. When I listened to punk music, I could feel it instantly and when i was playing punk music I felt like I was going through therapy, I was expressing myself and purging all my energy and all my frustrations. At the end of the day there was a huge community in the punk scene, not only in my town but also in the entire US and in Europe. So I could communicate with bands and other punks throughout the US, who were coming to my town, I could help them out, and when I was going to their town, they could help me out as well… That’s really what drove me into it.

PAM: Free jazz also had a great impact on you…

AG: Yes. I think probably it’s one of the biggest influence to me as much as punk music. It’s more or less the same thing, it’s a purge of energy, it’s really boombastic in an immediate way. I was really turned on to it because it almost seemed like a reaction to the normal state of the world where everything is structured, is so defined. And in free jazz it’s so spontaneous… So I really enjoyed that, and it made me feel alive and made me feel free in a way than other kinds of music couldn’t. It also drew me to musicianship and the musicality of all music. Because a lot of people listen to it and think that all of this is just random stuff going on, but it’s not.

PAM: Are your songs still talk about Sudan?

AG: I definitely talk about Sudan, but more than anything I talk about my identity as Sudanese person, and the issues I have dealt with, living in Sudan and living outside of Sudan. Because there are a lot of people who are like me, whose families have fled the country. I mean, a third of the Sudanese population lives outside of Sudan, so there are many people who have grown up very similarly to me. There are a lot of people who have dealt with identity issues because they have grown up outside of their homeland and lived among people who are very different from them. When they go back to their homeland, they feel like it’s not quite their home as well, because they are not exactly like these people there. That’s how I address Sudan in my songs, because it’s a very difficult thing to deal with when you’re growing up, and it’s important to tell the world that there are people like me, like them: you’re not alone, there are a lot of people who deal with this problem. And it’s not just about sudanese people, but there are a lot off different people who deal with this problem. Songs like “The Way”, “Fire”, or “Passenger” are somehow about these issues. These are universal issues and it’s important to write songs about it.

PAM: Was the preparation for “Life and Livin’it” different from your three previous albums?

AG: Yes, Absolutely. In the last three years I have noticed how different the live show is from the album. I wondered what was missing in both of them, and I realized the live show has a lot of energy. Why is the live show more energetic? It’s because of my band. I was playing with three other guys and they contributed to create a collective energy between the four of us. So I decided to record with them for the new album, and I wasn’t going to play all the instruments and do all the things anymore (as before), that just sort of became boring for me. In the past I would write the music and then go into the studio, and this time I decided, “I’m gonna write the music and then learn it with the band, play it in New York on stage, go on tour, do a lot of work, and then go into the studio”. And that’s what we did – we got into the studio, we isolated ourselves, we got very far away from New York so we had no distractions and we spent a week, seven days straight recording, and we finished this album. 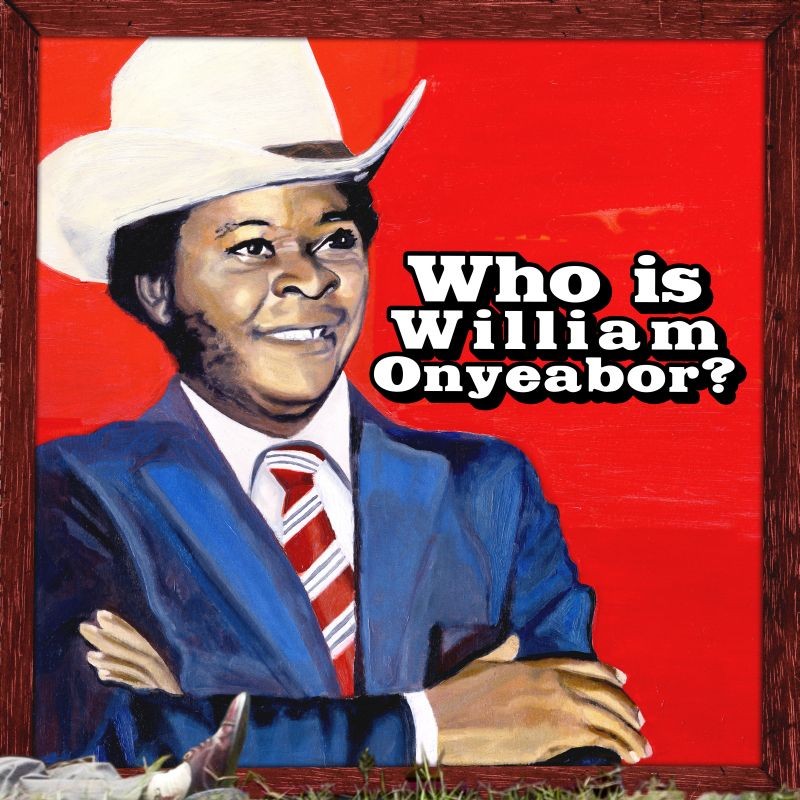 PAM: In 2014 you were the musical director for the
Tribute to William Onyeabor (a Nigerian psych-funk figure who died last January), with the band Atomic Bomb, that was set up just for the event. How do you feel about that?

AG: It’s the best thing I’ve ever done. So rarely you get to get the opportunity to play with your idols – maybe you get one chance to play with one of your idols… I was able to play with many of them: Pharoah Sanders, Charles Lloyd, David Byrne, Damon Albarn, Money Mark from the Beastie Boys, Joshua Redman, etc… It was a dream come true. I was offered the position to be the musical director, and they told me David Byrne and Money Mark wanted to be involved, then I said, “ok, I’ll do this”. I didn’t think it was real. And then I got David Byrne, who called on my phone. When are you ever gonna have David Byrne on the phone? Never! So my band and I got into work and learned all the music. I’ve never studied someone’s music as much as his. I wanted to learn everything, I needed to know how every instrument played, how he was singing all this stuff, and I really got into the depths of the music.

AG: The experience was amazing, because originally we were supposed to play 6 concerts and, as we started to play these concerts, people started catching on to the show, and we kept it going. But every show was different, more artists wanted to be involved and sing with us, so we brought them in, and that changed how we would do every single song. M-1 from Dead Prez, Amadou & Mariam, Pharoah Sanders… how are we gonna fit them into it? All of them? What’s it going to be like? Sometimes it was really great, sometimes it was not great. But that’s the whole point of it! We played these huge concerts and got to see how beautiful William Onyeabor’s music was, and how much it made people happy. We recorded 6 songs in a studio, as well as every live session.

PAM: Are you planning to release those live recordings? 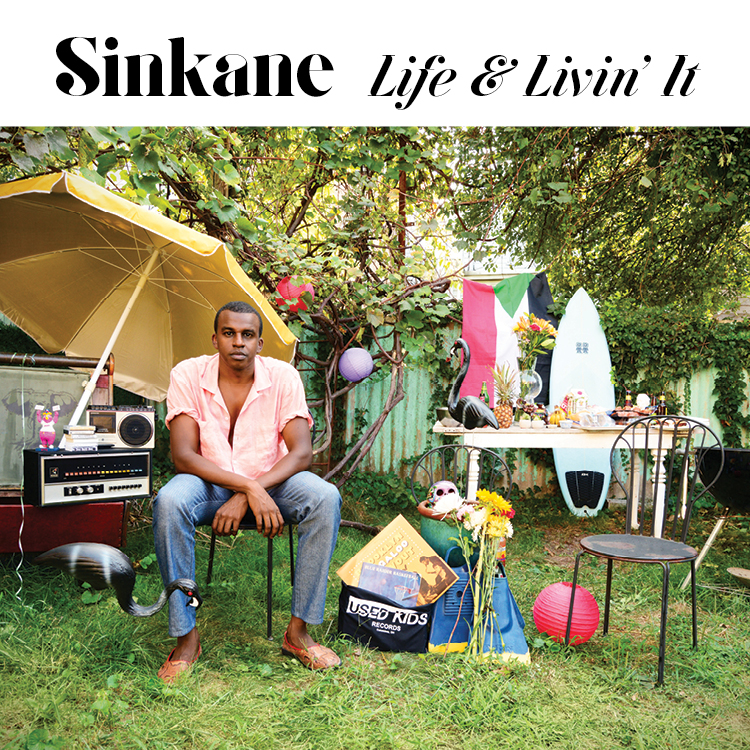