"Forget about Europe, it's a museum!" Daniel Haaksman about the future of dance music 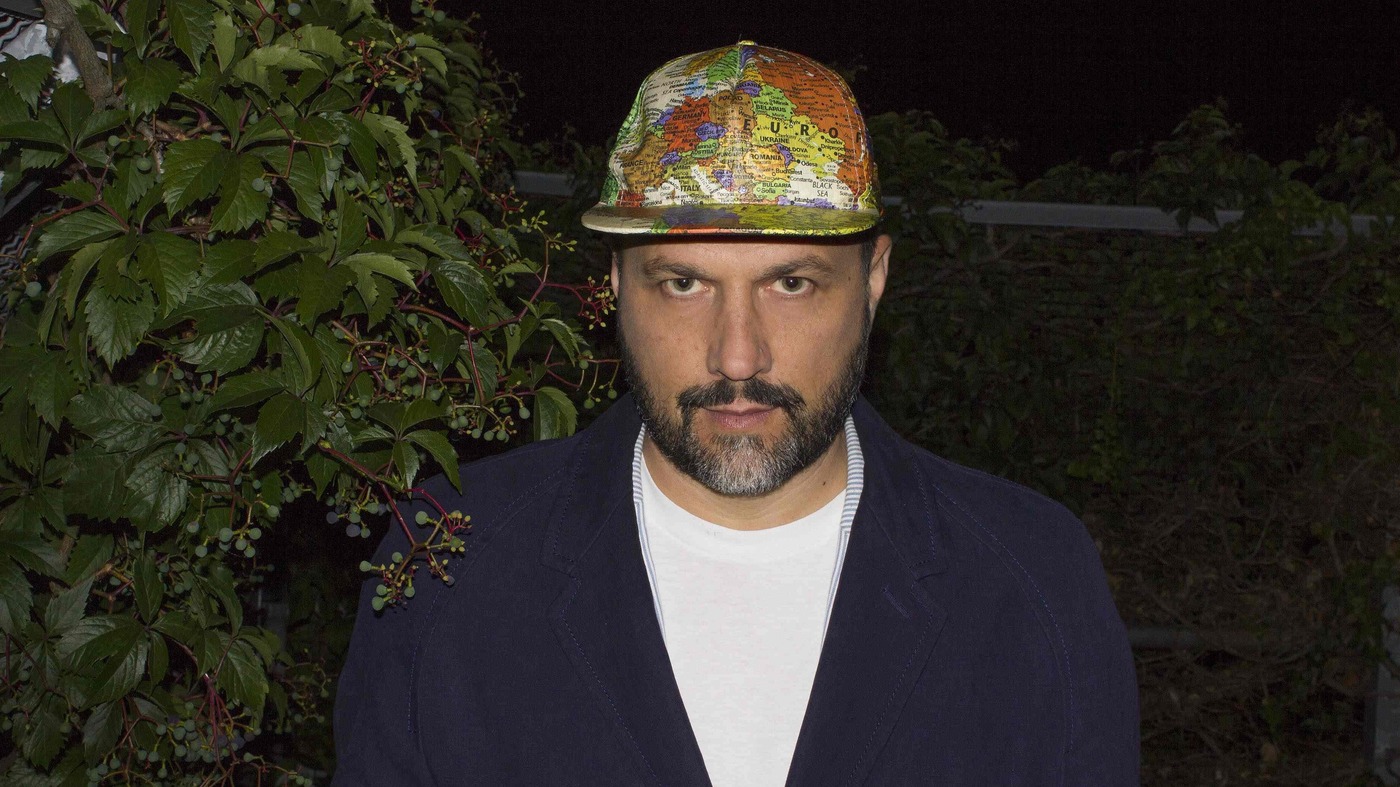 We talked to Daniel Haaksman, the Berlin based DJ, producer, journalist and label boss of Man Recordings, about his new project African Fabrics and global dance music.
With his compilation “Rio Baile Funk Favela Booty Beats” (Essay, 2004) the Berlin based DJ, producer and music journalist Daniel Haaksman put baile funk on the global map. Ever since, he tirelessly promoted various post-local music genres from the Southern hemisphere and their international adaptions through his label Man Recordings. With his own productions and releases, numerous remixes and globally party-proven DJ sets, Daniel Haaksman is considered one of the leaders of the worldwide tropical club sound . Since January 2013, Daniel hosts “Luso FM”, a weekly radio show on German public radio Funkhaus Europa. In May 2013 he conveived and curated Berlin’s “Lusotronics” festival. Besides, he contributes as a writer for German publications such as Frankfurter Allgemeine, Zeit Magazin, German Rolling Stone, Tagesspiegel amongst others.

“I was really impressed by the innovativeness in beat making and the electronic textures they’re made of. I especially liked that many of these local music styles are blending fragments of Euro club music or US rap styles with local grooves, it’s like they’re in a dialogue with the world’s pop culture yet rooted in regional cultures, in rhythm as well as in language.”

Can you tell us how the African Fabrics project is born?

I’ve been travelling to Mozambique and Angola in the last couple of years. On my journeys, on parties I attended and DJed at while being in Maputo or Luanda, I was exposed to the rich variety of local genres such as marrabenta, pandza or bondoro in Mozambique or kuduro, ku house, kizomba, tarraxo or semba in Angola and totally fell in love with these genres. I was really impressed by the innovativeness in beat making and the electronic textures they’re made of. I especially liked that many of these local music styles are blending fragments of Euro club music or US rap styles with local grooves, it’s like they’re in a dialogue with the world’s pop culture yet rooted in regional cultures, in rhythm as well as in language.

Back in Europe I wanted to do similar tracks but with a Berlin twist. You know, Berlin is known for being a city of deconstruction and minimalism, so I applied some of these techniques in my production and voilá there were tracks like “Raindrops” (which use fragments from a Zimbabwean Mbira melody) or a tune like “Rename The Streets” or “Sabado” ft. Bulldozer. I also initiated collaborations with vocalists such as Dama Do Bling from Maputo or Tony Amado from Luanda, I met him on my first visit in Luanda. Tony is the inventor of Kuduro so it was a great honor to have him on board too. Other vocalist collabos such as “Kaggua” ft. Tshila or “Xinguila” ft. Angolan-Portuguese kuduro rock band were made through file exchange. There’s also a track ft. Spoek Mathambo called “Akabongi”. Thus, the “African Fabrics” album is a kind of pan-African sound journey by a Berlin DJ. The idea to call the album “African Fabrics” arose from the fact that the majority of the colourful fabrics we buy in Europa and associate with being “African” are actually from the Netherlands (and lately China) and are a product of early globalisation and a cultural dialogue between Africa and Europe. I thought this dialogue applied also to my approach in working with vocalists from different African countries as well as getting inspired by the local music styles. My friend Tobias Rehberger created for each track of the album a graphic pattern that was inspired by both African fabrics as well as British naval camouflage patterns from WW1.

“I mean if you go to Berghain these days much of the music getting played there was invented 30 years ago and really hasn’t changed much in structure. In this regard I always like to say: Forget about Europe, it’s a museum!”

What’s your point of view on the european norm of dance music?

I mean 4/4 house and techno are big because they’re stylistically very reduced music styles. It’s tool music, allowing DJs to create a seamless mix in a club thus elevating them to the actual musicians. Since techno and house is mostly lyrics free, it’s also jumping language and culture barriers which more song oriented music styles can’t. But not only musically and productions, but also in terms of dancing, techno and house are super easy to acess music styles. They don’t require an extended knowledge of dance routines or a conciousness for elaborate body movements, so it appeals to a very basic common and makes it almost universally appealing. However, when travelling across Africa I noticed that in many clubs, there’s actually hardly any Euro techno or house music been played it’s more the local versions of these Euro club sounds or versions of US trap or rap or r’n’b. If you speak to party people in Maputo or Luanda, no one has heard of Berghain or has ever heard of Berlin as being a musical hub.

Do you think global dance music will soon be as popular as 4/4 house and techno?

I think global dance music is already more popular as 4/4 house and techno, if you take a look at dance charts, there’s loads of tracks that contain reggaeton elements and use oriental melodies, I mean the most streamed tracks on Spotify are “Lean On” by Major Lazer and Drake’s “One Dance” ft. Wizkid, who’s a Nigerian rapper. Both track heavily rely on Carribbean, dembow inspired grooves. This is already global dance music, I heavily doubt that any Marcel Dettmann or Innvervisions track will ever reach these plays or global reach. It’s a pity that European audiences and the so-called Y-Generation is risk-averse and not very open to new genres or innovation. I mean if you go to Berghain these days much of the music getting played there was invented 30 years ago and really hasn’t changed much in structure. In this regard I always like to say: Forget about Europe, it’s a museum! Look to Africa or South America, that’s where the new, cutting edge music styles are coming from. I mean the average age in many African countries is 18 years, in Germany it’s 45 – it’s obvious where the future is!

What’s next on Man Recordings?

I’ll soon release a new EP by São Paulo’s Cybass, who’s been doing very interesting, Brazilian adaptions of trap. The “Baile Saboroso” EP by Omulu and King Doudou is currently getting the remix treatment and the results will be out soon. And I’m working on new tracks as well which will be released early 2017, I’m working on deconstructions of coupé decalé and funaná.