Elza Soares: the woman at the end of the world 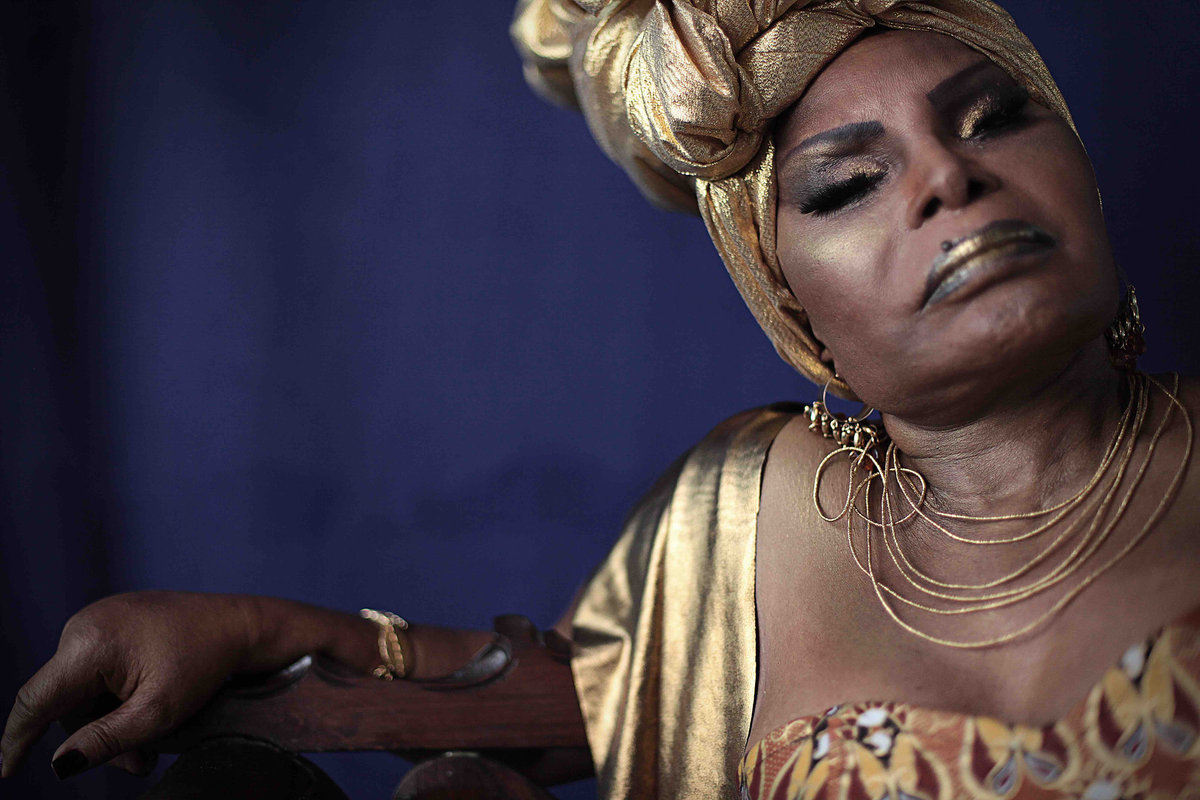 At 91 years, the transgressive diva of Brazilian popular music died at home in Rio. Born on the “planet of hunger”, queen of the “bossa negra”, she lived several lives, the last of which – that of the “woman of the end of the world”, had begun in 2015. Two years later, she sat down for an interview with PAM.

Tireless advocate of the women’s rights, and loud activist for the Afro-Brazilian culture, the Brazilian singer has been performing bossa novas and sambas since age 13, when she appeared at a live singing contest in 1950. When the event host, amused by the look of this young and skinny girl perched on over-sized high heels, asked her which planet she was coming from, Elza Soares answered: “I’m coming from the same planet as you, sir… from Planet Hunger.” Born and raised in the favelas of Rio de Janeiro, Brazil, she has often sung about life, love and death in those wretched and ramshackle neighbourhoods, where it takes a lot of courage to stand up as a Black woman. In the 1980s, her friend and Brazilian music legend Caetano Veloso encouraged her to go back on stage while she had decided to leave the music aside, after a personal life sprinkled of very tough events. Since then, she has incorporated new and contemporary sounds in her productions: hip-hop, funk, jazz, electronic music… Last year, at 79 years old, she released ‘A Mulher do Fim do Mundo’ (The Woman at the End of the World), a very unique samba record produced and performed by some of the most avant-garde musicians in Brazil, embodying the creativity of São Paulo and Rio music scene: Kiko Dinucci (from Metá Metá) and her bandmates in Passo Torto – Rodrigo Campos, Marcelo Cabral, Romulo Fróes, Felipe Roseno (who plays percussions with Ney Matogrosso) -, Celso Yes and Guilherme Kastrup. On stage, she delivers deep and strong vocals, singing about domestic violence against women, racism, African culture and transsexuality.

At Lisbon’s Coliseu venue where she performed her album for the second time in June, she proudly shouted to the audience “I am Black meat! I am Black meat!” [“Sou carne negra”] then “I’m gonna sing till the end, I’m gonna sing, let me sing until the end.” This took place in a post-apocalyptic scenography representing chaos that the world is today, through which love still can emerge: black trash bags on the wall, that eventually reveal to form a heart shape when illuminated in purple colour. If Elza Soares really was “the woman at the end of the world”, then the world would be saved, for sure. Interview – via e-mail – with the Black Brazilian diva.

I ONLY WANT TO LIVE FOR THE MOMENT, THE NEW… I’M A BRAZILIAN SINGER WHO REJECT LABELS: I AM SAMBA, I AM FUNK, I AM JAZZ, I AM ELECTRONIC MUSIC…

After a 50-year-long career and various collaborations, you decided to entrust the composition and production of your last album to a group of producers/musicians who represent the avant-garde of contemporary Brazilian music. It was not just a collaboration for one song, but it’s the full album that follows a unique musical concept and mixes various Brazilian influences. How come you had the audacity to do so?

I’ve always been fascinated by this new generation of Brazilian artists, and particularly from São Paulo, and I’m always attentive to what’s new. When they offered me to record an album of covers of my own songs, I must admit I was not that enthusiastic. But when they came back and proposed to work on new compositions, I turned crazy! This is my own vocabulary, because I only want to live for the moment, the new… I’m not a samba singer, I’m a Brazilian singer who reject labels: I am samba, I am funk, I am jazz, I am electronic music… I’m a singer, and that’s it! And I guess that the mixing I have inside of me combined with these a-ma-zing musicians’ talents, gave this unique result that I just can’t describe. But I know that this is the sound people are gonna listen to in a few years!

In the course of your long career, what were the times when you thought “maybe I’m gonna stop singing”? And how did you succeed in still being active, in studio and on stage?

When I found myself in a very complicated time of my life, without work, without album to record, but with dependent children, I felt desperate… I went straight to Caetano Veloso and asked him for help. When I told him I was considering giving up singing, he told me “Elza, you can’t stop singing, because music needs you”. And we immediately recorded the song “Língua” featured on the album Vêlo (1984). Then I was able to pursue my musical path. Today I have an amazing team that takes care of me, and offers the peaceful atmosphere I need to be working.

You witnessed all the stages of Brazilian modern music: samba and all its variations, bossa-nova, tropicália, funk, hip-hop, electronic music, etc. Do you think there’s a common point in Brazilian music?

Brazilian popular music [shortened MPB, it’s Brazilian music that derived from samba in 1966 and aimed at rehabilitating traditional music and mix it with foreign influences, and served as a social criticism during military dictatorship; it then developed by incorporating other genres] is amazingly rich! It’s what unites all these genres are composers and artists who form today’s musical scene.

The scenography for the show “A Mulher do Fim do Mundo” [AN: “The Woman at the End of the World”] includes black trash bags. What is their meaning? Who had the idea?

It represents the Chaos that the world is today… The stage/set designer, Anna Turra, had the idea.

I’M PROVOKING WOMEN SO THAT THEY WOULD DENOUNCE AND REPORT THEIR AGGRESSORS. THERE IS ONLY ONE REASON WHY A WOMAN SHOULD BE MOANING: PLEASURE!

In the song Maria da Vila Matilde”, you defend and support female victims of domestic violence in Brazil, where the situation is serious and worrying: the country ranks fifth for this crime, and the homicide of Black women increased by 54% in the last 10 years. What is the impact of this song in Brazil?

This issue had not been talked about until we had recorded this song. So when I read the lyrics, I immediately thought I had the moral duty to spread this message to the whole world, and warn people about this violence that too many women suffer from, in silence. The impact was immediate and this song was the first one to stand out of the album, by the way. I’m insisting, and I’m provoking women so that they would denounce and report their aggressors. There is only one reason why a woman should be moaning: pleasure!

In 1961 you released A Bossa Negra (Black bossa); in 2002 you covered Farofa Carioca / Seu Jorge’s A Carne Negra (Black meat, that includes the lyrics “Black meat is the cheapest meat on the market); in 2016-2017 you’re still singing this song during your shows. What changed for an Afro-descendant person in Brazil today, compared to 50 years ago? And in the world?

The situation almost hasn’t changed. Brazilians deeply integrated prejudices that have become commonplaces. Unfortunately it’s still necessary to draw on this issue. There are still too many racist situations, and they try to put us down and make us believe that Black meat is the cheapest on the market, whereas it’s the most expensive! I totally reject this idea, and I’ll be fighting until the end of my life against any prejudice. Against ANY prejudice!

A new restaurant opened a few months ago in Lisbon, called “Colonial Café”. The website presentation reads : “Café Colonial dining experience is a celebration of the Lusophony roots through Portuguese and international dishes reflecting the influences of Portugal around the world especially in Brazil, Africa and Asia. Café Colonial is a place for conversation and sense of community, creating a feeling of a melting pot from Portuguese heritage around the world.” After having been addressed many criticisms on their Facebook page, the team published a statement: “When we created the name Café Colonial we wanted to celebrate lusophony, that naturally came as a result of the colonial times. These times and 500 years of history were not only made of negative things and we, in our restaurant, have focused on celebrating the positive side, such as the cultural engagement, of people and in our case of gastronomy. We understand and accept that this interpretation may not be the same for everyone, and that many see on the Colonial name only the negative side of these 500 years of history. But, since our first day, our intention was to create a journey through the flavors of the lusophone world, that gave us so much of our identity.”

As a Afro-descendant person living in Brazil, what is your opinion?

I’d just say that Brazil is a country that has been colonized and enslaved. I’d love to give another answer, but it’s impossible, as it would be like denying our own history.

What is the main activist figure – still alive or already disappeared – whom you identify/relate to, and who inspires your reflexion?

Jesus Christ. Is there anyone more activist than he had been? If so, please let me know!

During your shows, there’s always someone – you or somebody from the audience – who shouts “Fora Temer !” [“Temer, get out!”, addressed to the current President of Brazil, Michel Temer, who has recently been under indictment of fraud and corruption but was finally acquitted, and is considered by a large part of the population to have reached head of power through a coup d’etat]. Do you think the country might end with political corruption and bring social justice if the political class is renewed, or do you advocate a total change of system?

Of course we need a completely new system! This is logical. What they are doing to our country right now is so sad. Neither Brazil, nor the Brazilian people deserve this… I want to believe that this is only a short phase, and that we will soon have good news. They say God is Brazilian, don’t they? [laughs]

Thanks Elza, and congratulations for your work! 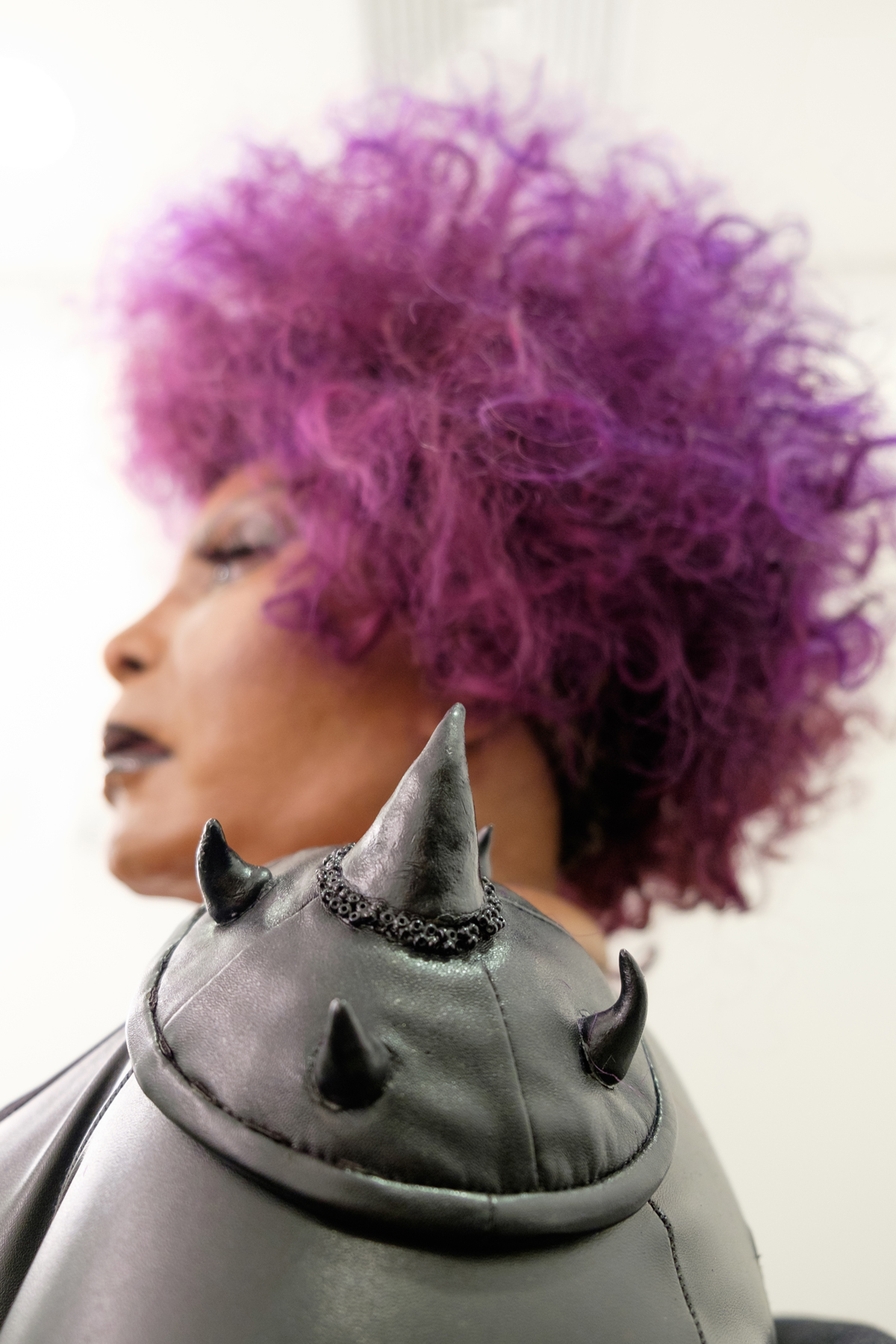