Ifriqiyya Électrique: Trance‑Europe‑Express on the road of the Tunisian Banga ritual 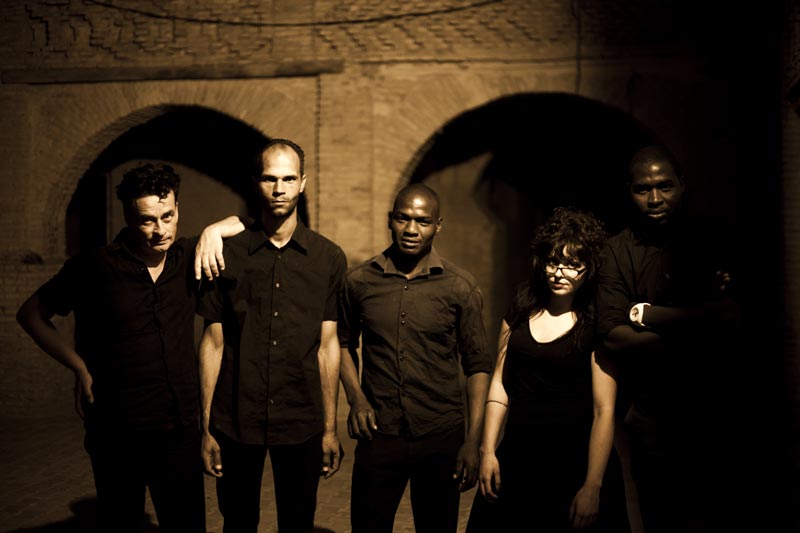 Convulsed children’s bodies, their faces turned towards the sky and their eyes rolling back, people chanting until exhaustion, their feet beating the ground… loud percussions, sometimes slow, sometimes frantic… The electric guitar then enters, with heavy saturation that evokes extreme feelings of pain or pleasure, then the bass guitar that hits the gut. Spirits of Black Africa meet those of Maghreb and Occident.

THE AIM OF THE RITUAL IS NOT TO EXPEL THESE SPIRITS – THE RÛWÂHÎNES – BUT TO MAKE THEM ENTER THE PERSON’S BODY AND MIND SO THEY ARE POSSESSED, AND TO SATISFY THEM BY THE TRANCE.

This is the Banga, a therapeutic ritual practice that the black communities of South Tunisia have kept alive through generations. Their members, all descendents of haoussas Black slaves, have always lived in the Djerid, a semi-desertic region that was the heart of the melting-pot between Berbers, Muslim Arabs and black African slaves. The ritual, that mixes dance, music and ceremonies, is the Tunisian cousin of gnawa from Morocco. They share the same origin, and they are easily confused with exorcism, whereas they are adorcist practices linked to spirits called rûwâhînes. The aim of the ritual is not to expel these spirits, but to make them enter the person’s body and mind so they are possessed, and to satisfy them by the trance.

WHAT DO THESE PROJECT HAVE IN COMMON? THEY ALL DECIDED TO IGNORE THE “WORLD MUSIC” LABEL, EVEN BEFORE STARTING THEIR COLLABORATIONS.

There was Ethiopian saxophonist Gétatchew Mékurya and punk Dutch band The Ex ; Sarahoui wedding band Group Doueh and French proto-punk trio Cheveu ; or Congotronics VS Rockers: Konono No1 and Kasai Allstars from Congo who composed music with the members of Deerhoof and Skeletons (USA), Juana Molina (Argentina) and Wildbirds & Peacedrums (Sweden). We now must add Ifriqiyya Électrique to the list.

What do these project have in common? They all decided to ignore the “world music” label, even before starting their collaborations. Ignore rather than refuse, because they never were projects aimed to satisfy Westerners listeners (or any other listener) or to fill up White producers’ wallets. They were lucky human encounters that put side by side artists with totally opposed ethnic and geographical realities.

So when Tunisia-based musicians of a sufi ritual share their art with international nomadic musicians accustomed to punk basements and sonic experiments squats, but also field recording sessions in Asian and Oriental territories, we have to keep our ears wide open. Especially when the project was initiated by French artist François Cambuzat, who we’ve already seen performing with Enfance Rouge at the beginning of the 2000s. This band is Cambuzat’s experimentation laboratory for noise and modern music [musique contemporaine], with no artistic or geographical settlement, and that already included collaborations with Tunisian musicians.

MY WORK IS DRIVEN TOWARDS ELEVATION, SWEAT, BLOOD, POETRY AND TEARS – NOT TO SOME PRETTY COLOUR POSTCARD.

Initiator of Ifriqiyya Électrique project, Cambuzat discovered the Banga ritual during one of his many travels to Mediterranean territories, decided to produce a film, and to observe what would be the result of the discussion between ancestral African sounds and his own investigation on post-industrial and noise music. He embarked on this road-trip and road-movie with Italian bassist Gianna Greco, the other half of their duo Putan Club, frequent collaborators with New-York (post-)punk poetess Lydia Lunch, also keen on any kind of experimentation. On the Tunisian side stands La Banga de Tozeur, featuring Tarek Sultan, Yahia Chouchen, Youssef Ghazala and Ali Chouchen, who play the typical instruments of their own ritual: tablas, krabebs (castanets), nagharat (drums) and voice.

Ifriqiyya Électrique is a risky human project, and is by definition experimental, like any encounter may be. As Cambuzat put it when talking about sufi music, not losing his regular radicalism: “I like [these] musical scenes (…). And what you should know about them is already badly written on Wikipedia, and it’s enough. The rest of the knowledge will come from the buckets you are willing to sweat to reach them. (…) [My work] is driven towards elevation, sweat, blood, poetry and tears – not to some pretty colour postcard.” 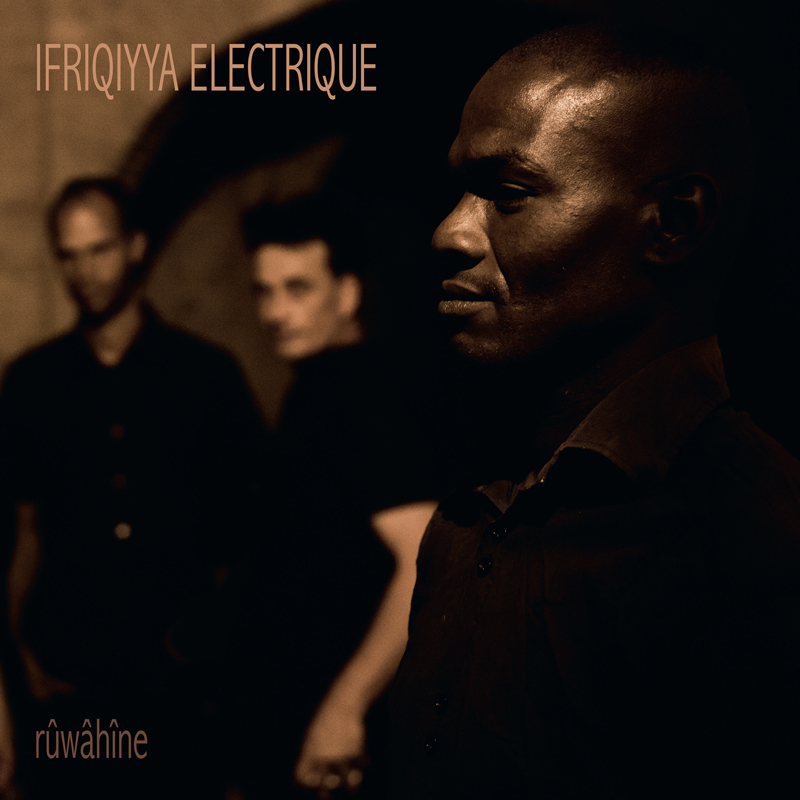 Live isolation: when Tamikrest offers an extract from his album Tamotaït
Live