Pierre Kwenders: we are family 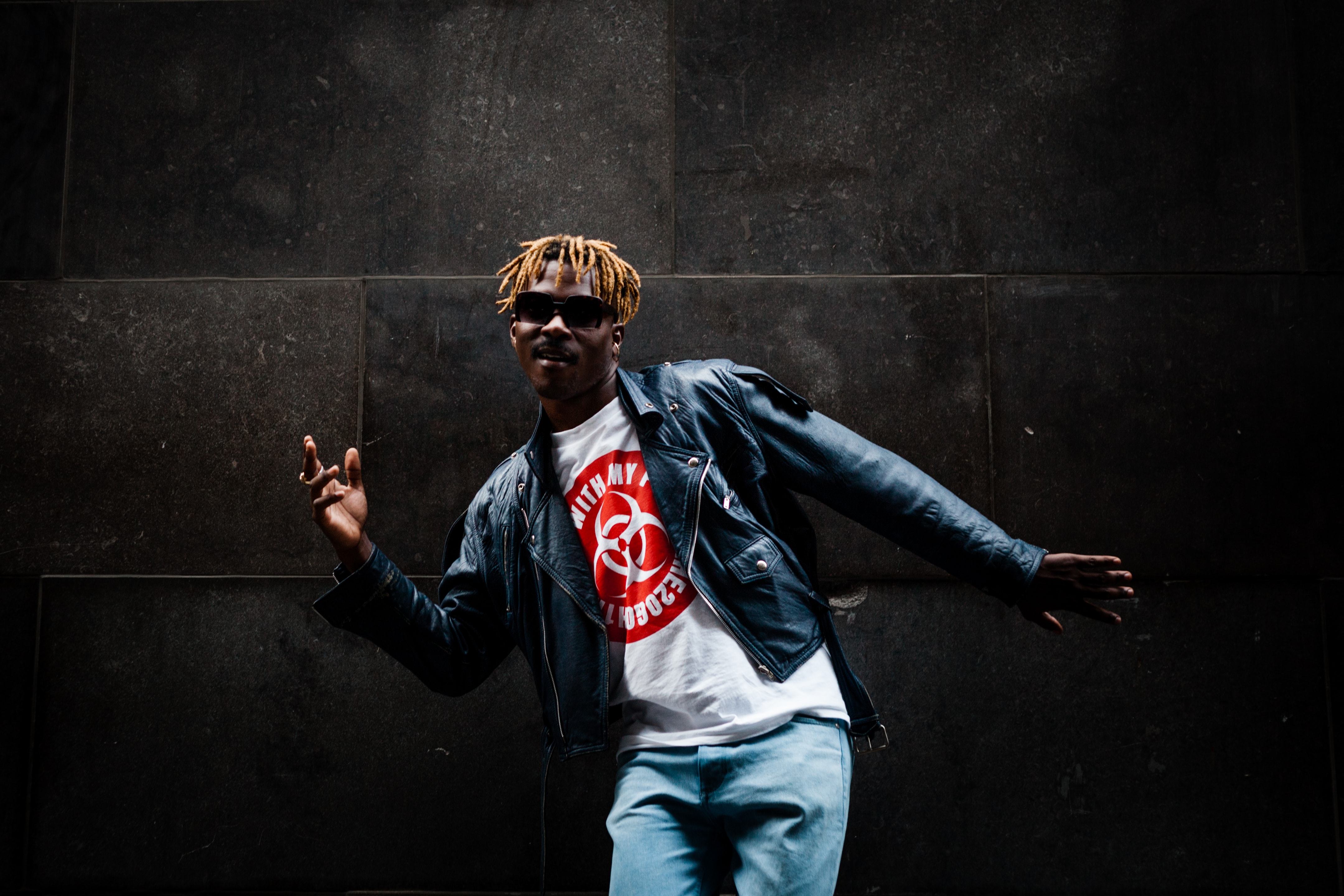 After two EPs and a debut album (Le Dernier Empereur Bantou) that explored an eclectic range of music genres and themes, Pierre Kwenders asserts himself with elegance in a afro-futurist style on this second LP, aptly titled Makanda at the End of Space, the Beggining of Time.

During the interview, José Louis Modabi aka Pierre Kwenders aka PK showed himself neither very talkative nor demonstrative, but one must confess he’s got swag and knows how to chose who he collaborates with. With the arriving of Zimbabwean producer Tendai Maraire (Shabazz Palaces, Chimurenga Renaissance) and the presence of PK’s entire Montreal-based crew during the recordings, this new opus is the perfect fit for the Congolese-Canadian artist that enabled him to produce a work pretty akin to him.

We took the opportunity of Montreal-based Shabazz Palaces’ coming to Montreal to gather the singer and his producer and discuss about Pierre Kwenders’ new album.

“I was already a fan of Tendai’s music when I contacted him, explains Pierre Kwenders. I met him through my friend and manager Hervé Kalongo. Then we did our first pilgrimage to Seattle. At the beginning, we wanted to work on a few songs only, just to see what would come out of our collaboration, and we ended up with a full album!”

“I’VE LEFT MY COUNTRY BUT IT’S NEVER LEFT ME. WHEN I PLAY THIS MUSIC, I’M SHARING THE EXPERIENCE OF MY BIRTHPLACE. I’M SHARING WHO I AM.”

Makanda at the End of Space, the Beggining of Time is a typical diaspora album: a collective work by Africans between Montreal and Seattle. One was born in Kinshasa and moved to Canada as a teenager. The other was born in the USA and his father was a Zimbabwean ethnomusicologist. This album explodes labels and clichés.

“When these two tall Congolese (Pierre Kwenders and manager Hervé Kalongo) came to my place in Seattle, I soon understood that I wanted to work on the full album, confesses Maraire. After a few voice tracks Pierre recorded, I asked them to leave the studio: ‘Go have a walk, get out of here!’ And when they came back, I already had one song. I think this set the tone of our relationship. I wanted to create a new sound, and build something new with Pierre. I don’t know how to call it, but I know it was the answer to an instinct I had with him, specifically.” 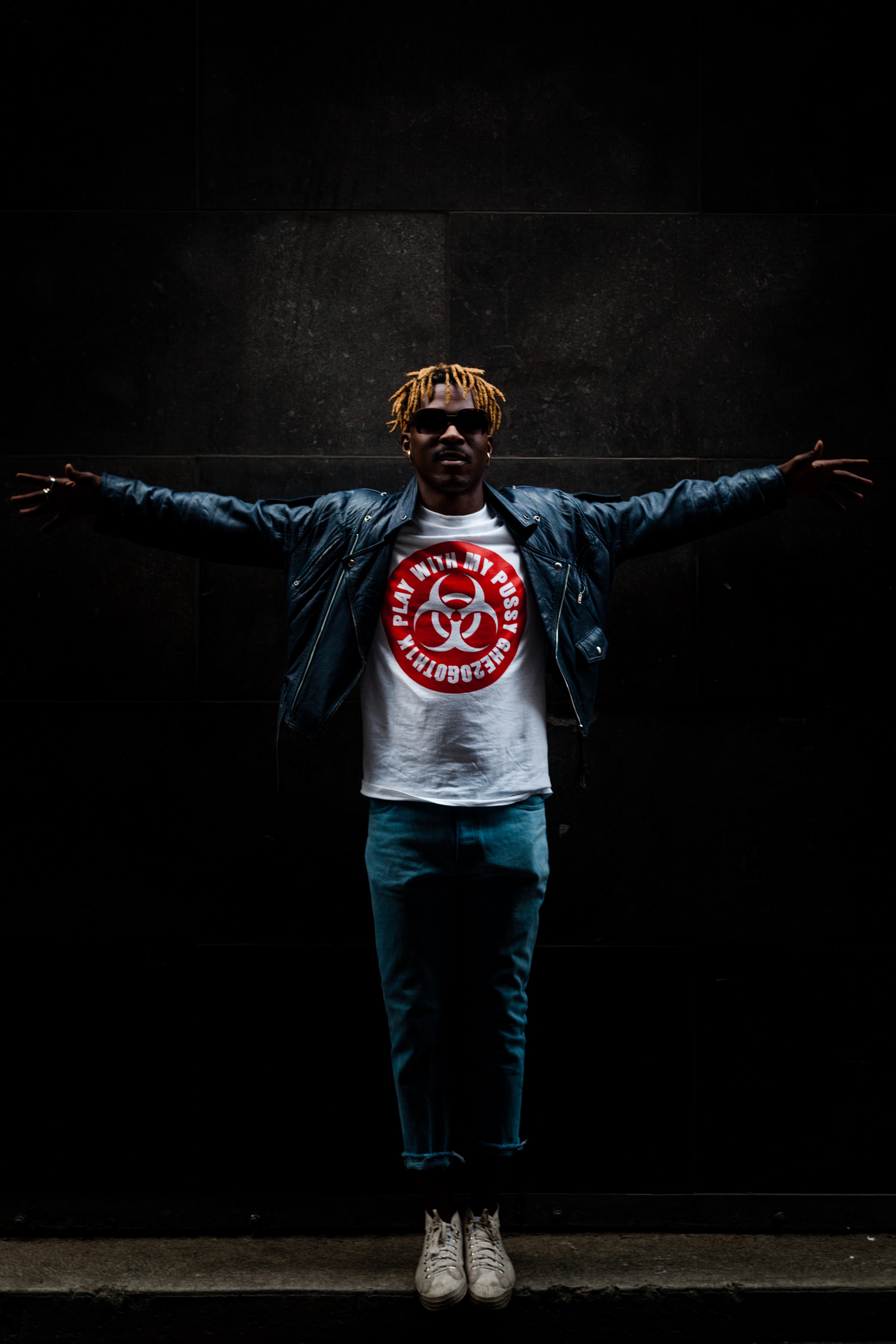 “My two favorite African singers are Miriam Makeba and Mbilia Bel, admits Tendai Maraire. I grew up listening to these two women my mother would play on repeat all day long! I’m fascinated by the sound of some of Congolese music albums. In the studio, I kept asking Pierre and Hussein about the technics the sound engineers were using back in the time… I know they sometimes would record a 20-musician ensemble in a very crowded place. There’s something unique to this sound. I think nobody beats the Congolese guitarists… except for Zimbabwean musicians maybe! [laughs]”

“IT’S A FAMILY ALBUM ABOVE ALL ELSE. BEYOND TENDAI’S PRODUCTION, I WANTED TO ADD A MORE FEMININE TOUCH, AND TO RECALL THE GREAT FIGURES OF MY FAMILY.”

You can tell Pierre Kwenders found his musical identity with this album. He sings and raps in Lingala, Tshiluba, French and English – yet he remains somehow into his comfort zone, technically speaking, this being the only drawback of the album. Kwenders talks a lot about love too: love and introspection.

“I guess I’ve maintained a beautiful relationship with the country I was born in [Congo-Kinshasa], says Kwenders. I’ve left my country but it’s never left me. When I play this music, I’m sharing the experience of my birthplace. I’m sharing who I am. The Congolese rumba you can hear on the album lives inside of me the same way the mbira Tendai plays is part of who he really is…” 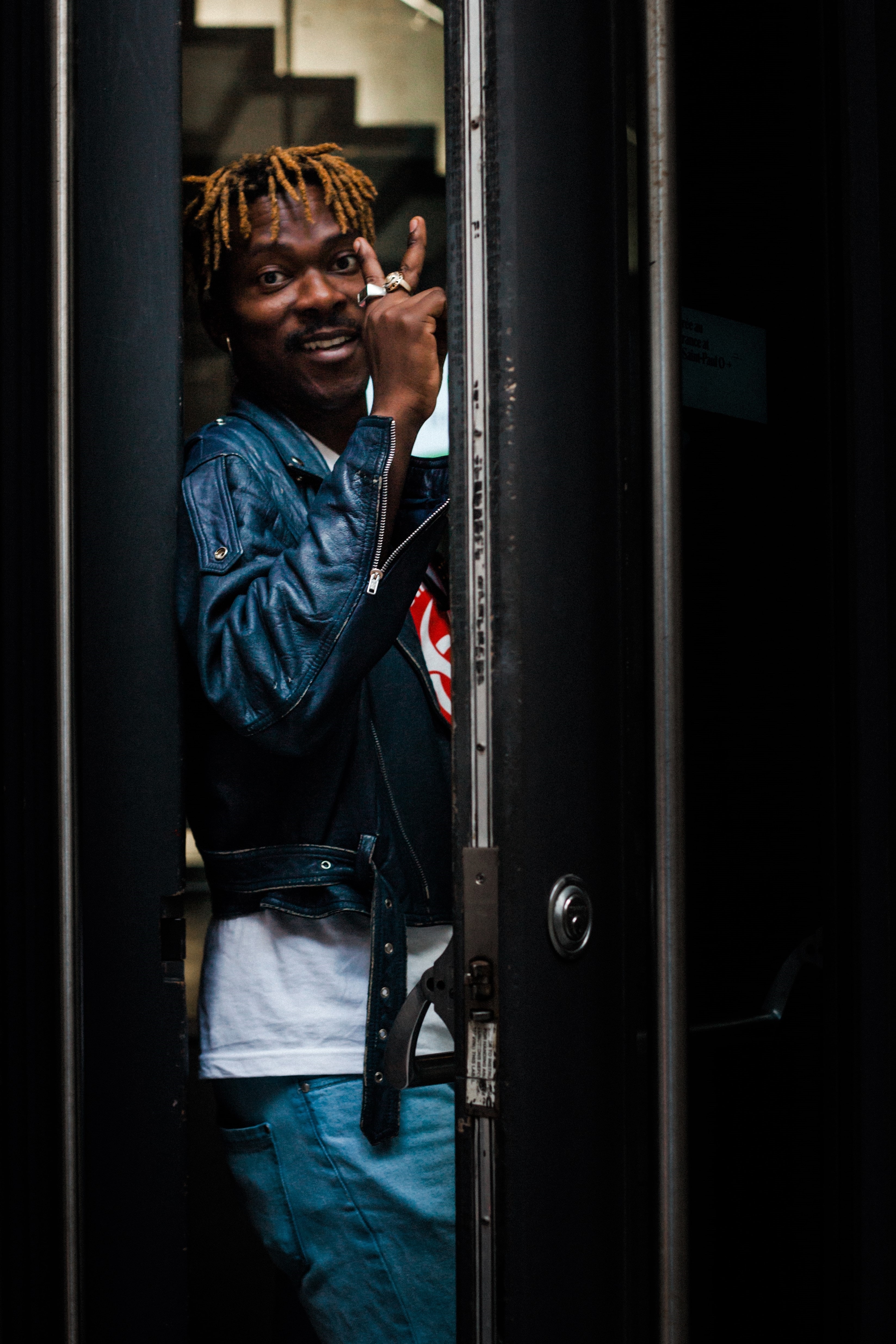 Working in a city like Montreal, without the colonial history Europe have and without the tensions of the USA, is a bonus for Kwenders’ crew. The term “crew” is significant: when PK travels, it’s always as a family, all united. Beyond his singing activity, Kwenders is part of the Moonshine family. They have been organizing monthly underground events for four years now, during every full moon. The music is Angolan, Nigerian, Haitian, among other genres, and the crowd mixes in an ecstatic setting: straights, gays, queers, Blacks, Whites, Arabs… everyone is Moonshine! Maybe this is where Montreal’s DNA lays: in a place with no specific style and where everyone can bring their own thing.

“It’s a family album, above all else, adds Kwenders. Beyond Tendai’s production, I wanted to add a more feminine touch, to recall the great figures of my family. They say that ‘behind every great man is a great woman’. For an African kid, it often is his mother. Thus, this album is dedicated to three women: my grandmother, my mother and my aunt. The latter died a year ago, and she’s the one who sacrificed herself so we could all move to Canada. The title, Makanda, means ‘strength’ in Tshiluba, and this is exactly what these three women have: a huge strength. And I wanted everyone to know about it.” 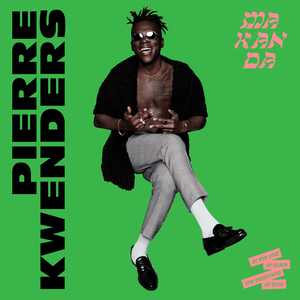 Makanda at the End of Space, the Beggining of Time 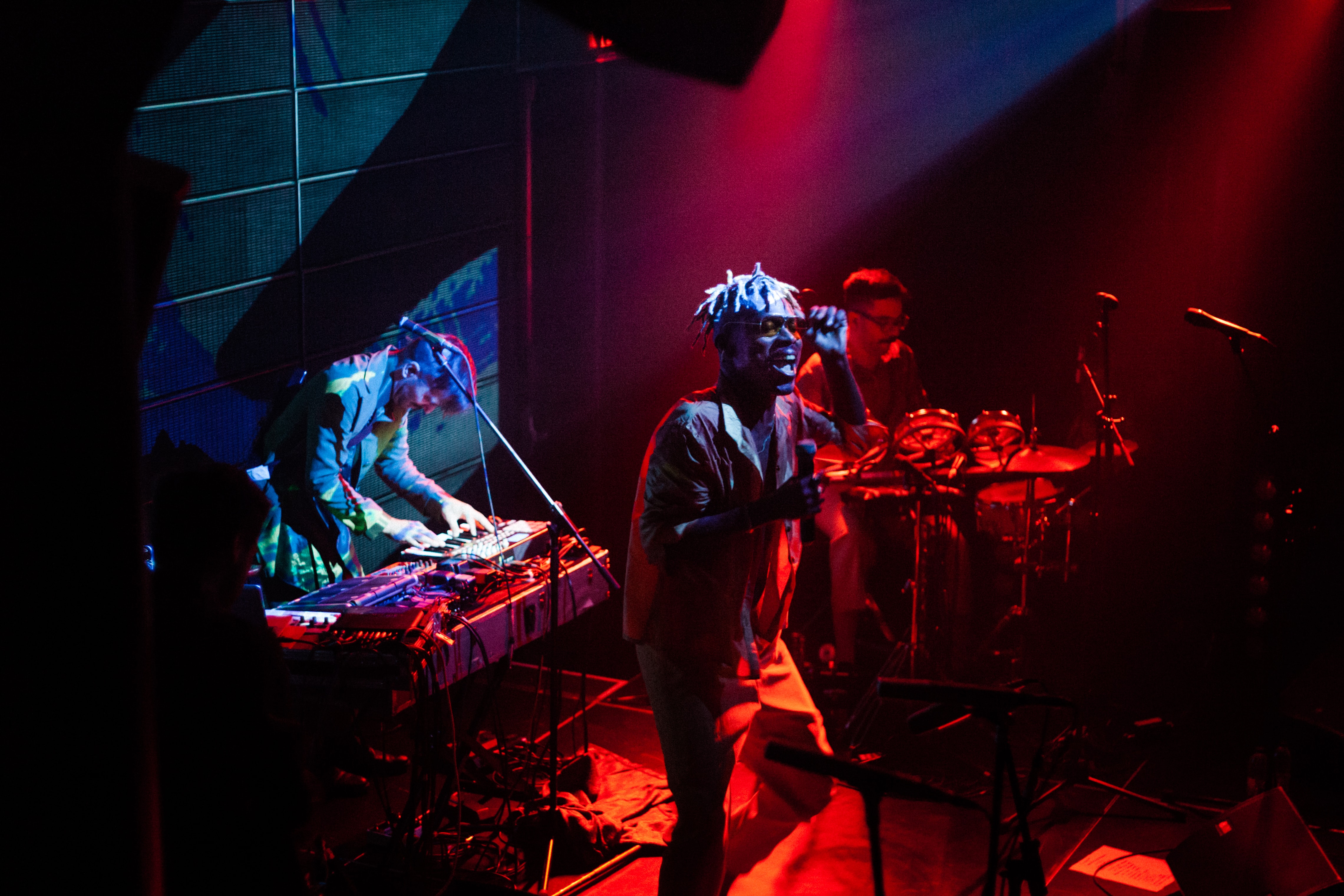 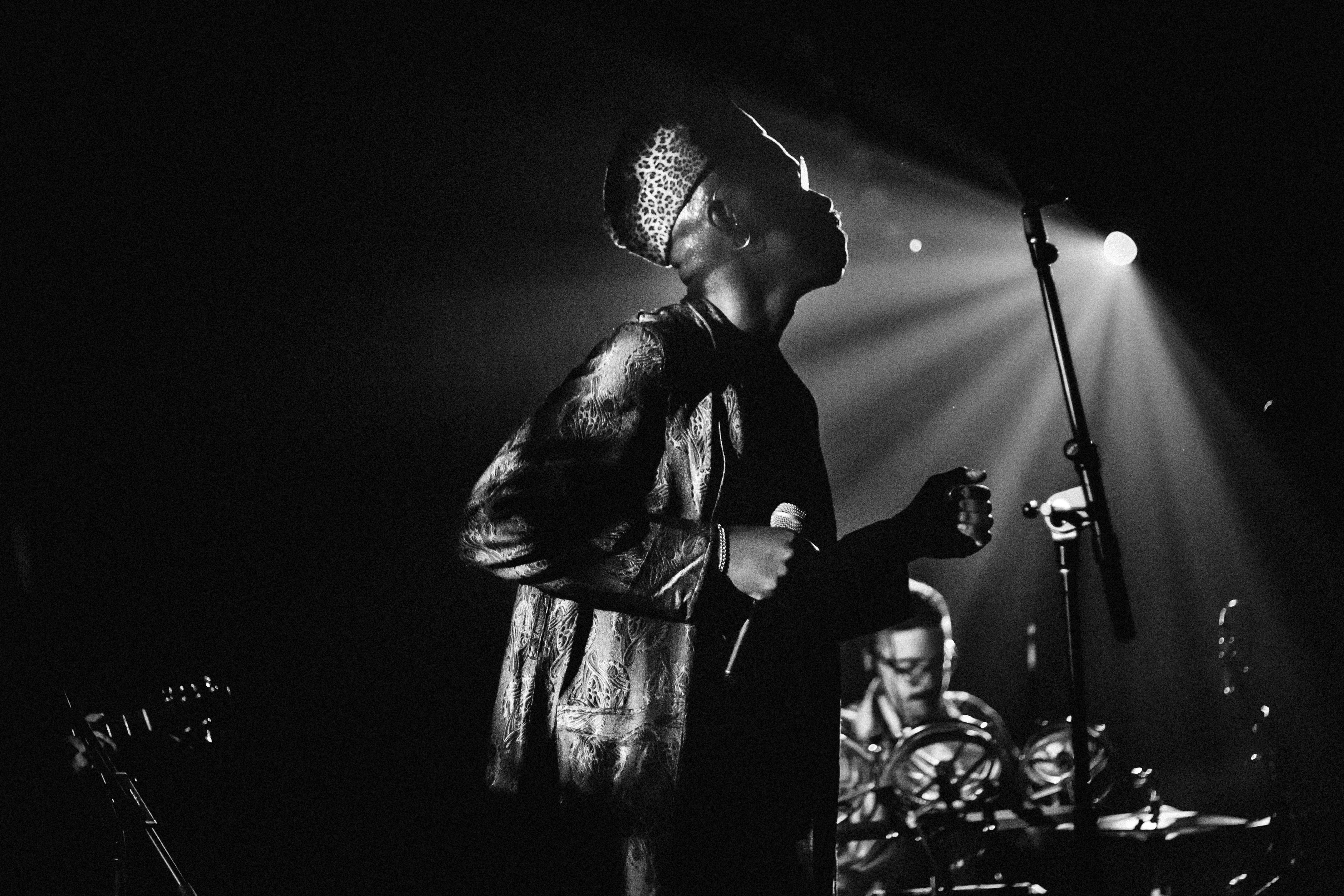 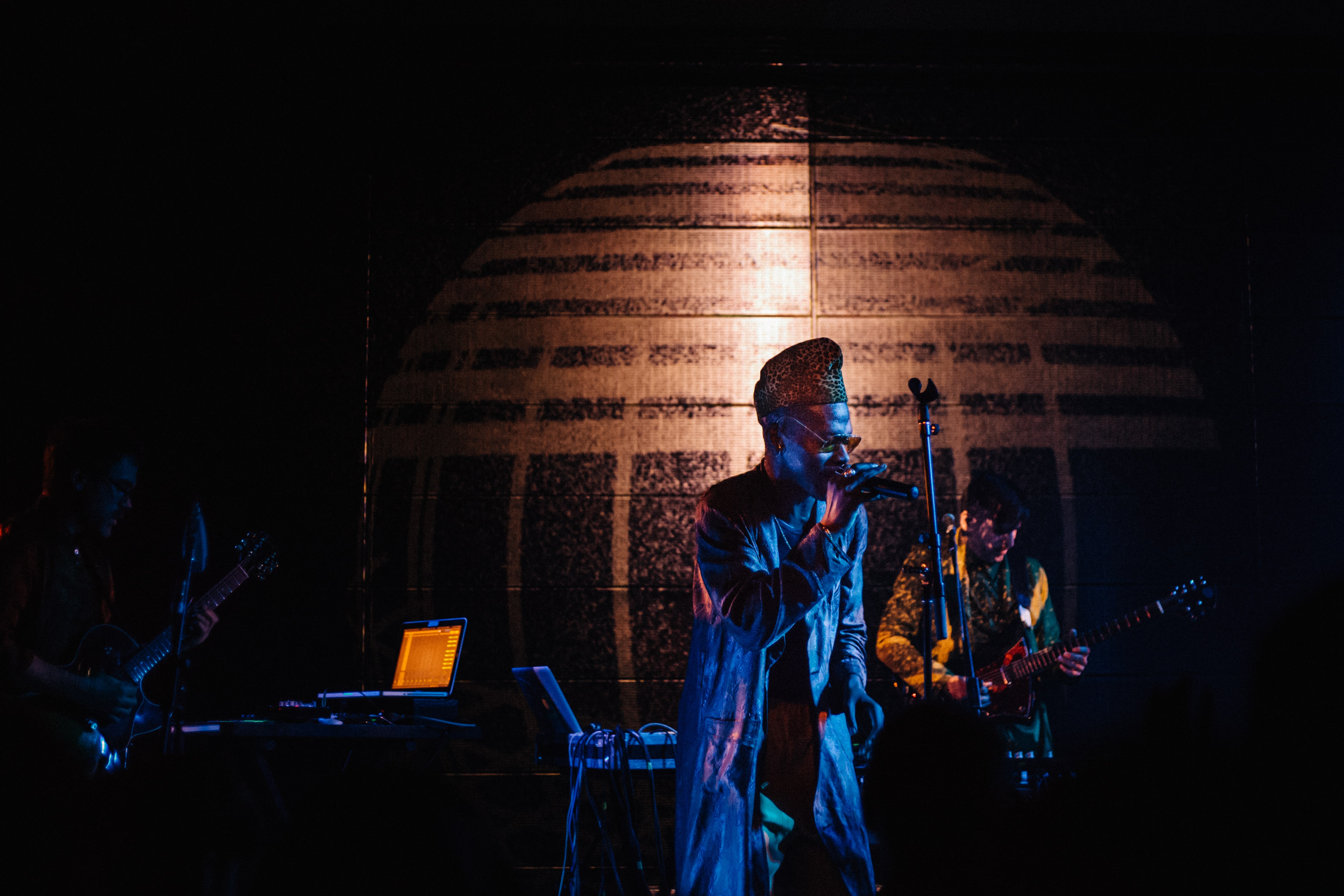 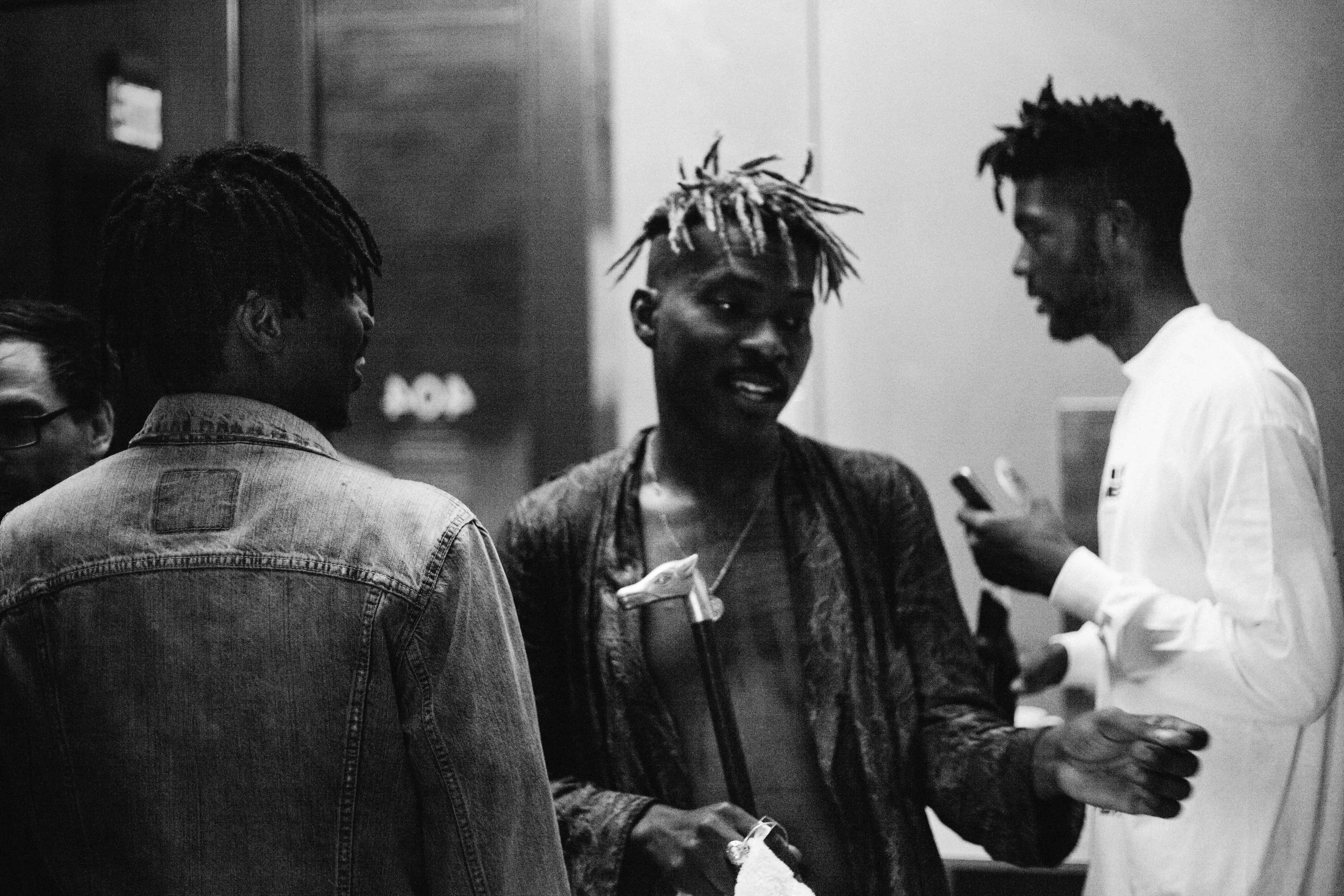 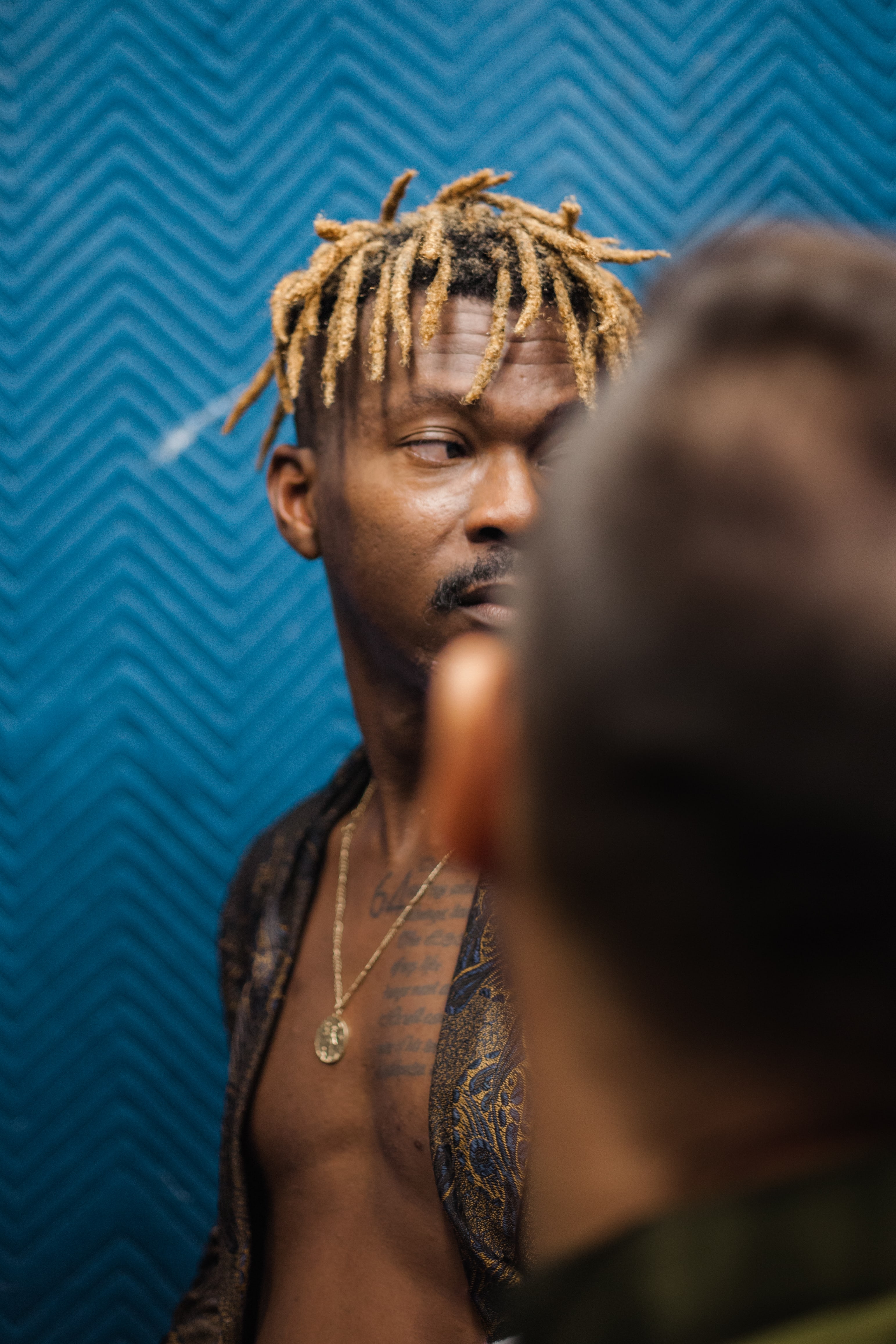 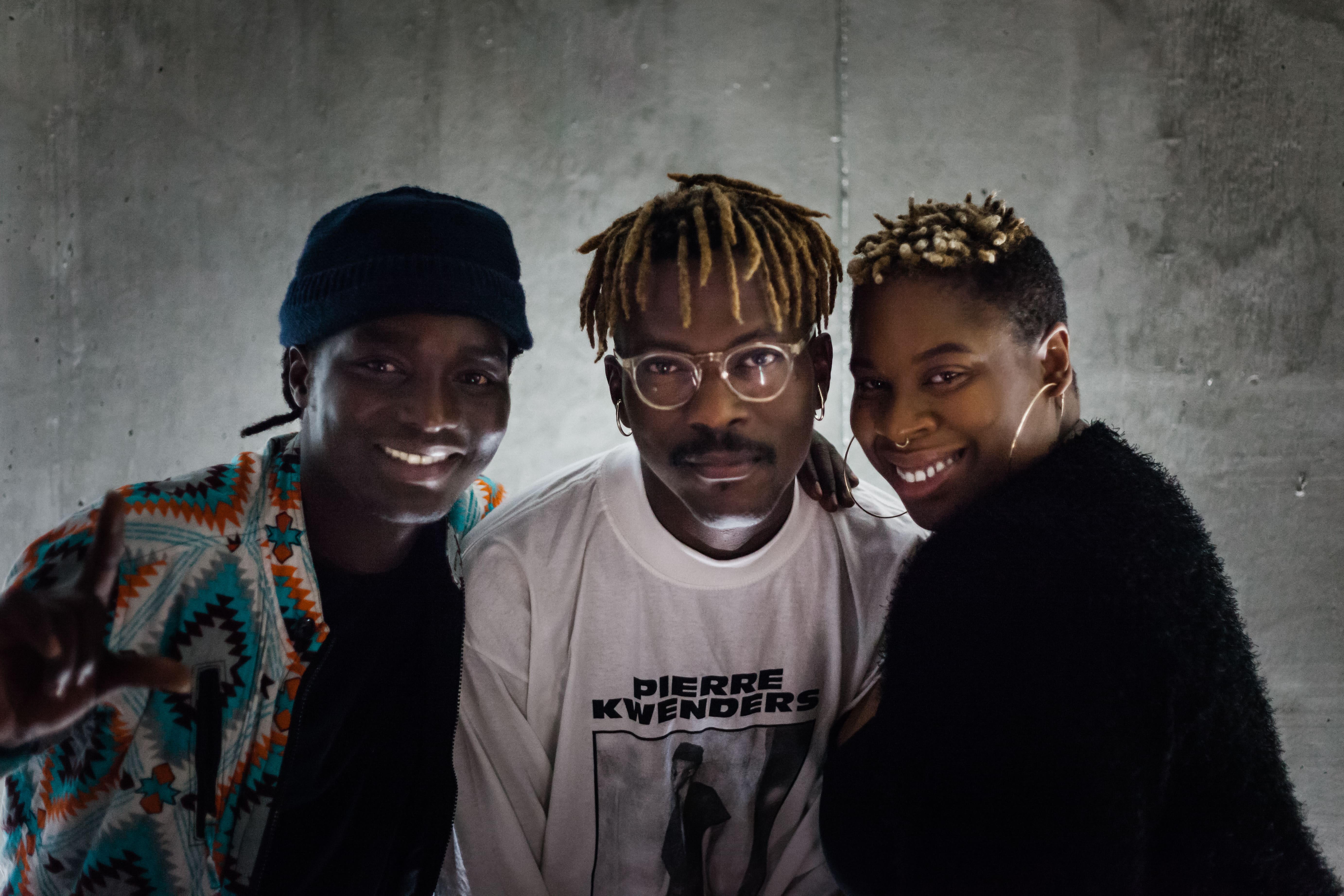