Diron Animal: from the Angolan ghetto to afropop's elite 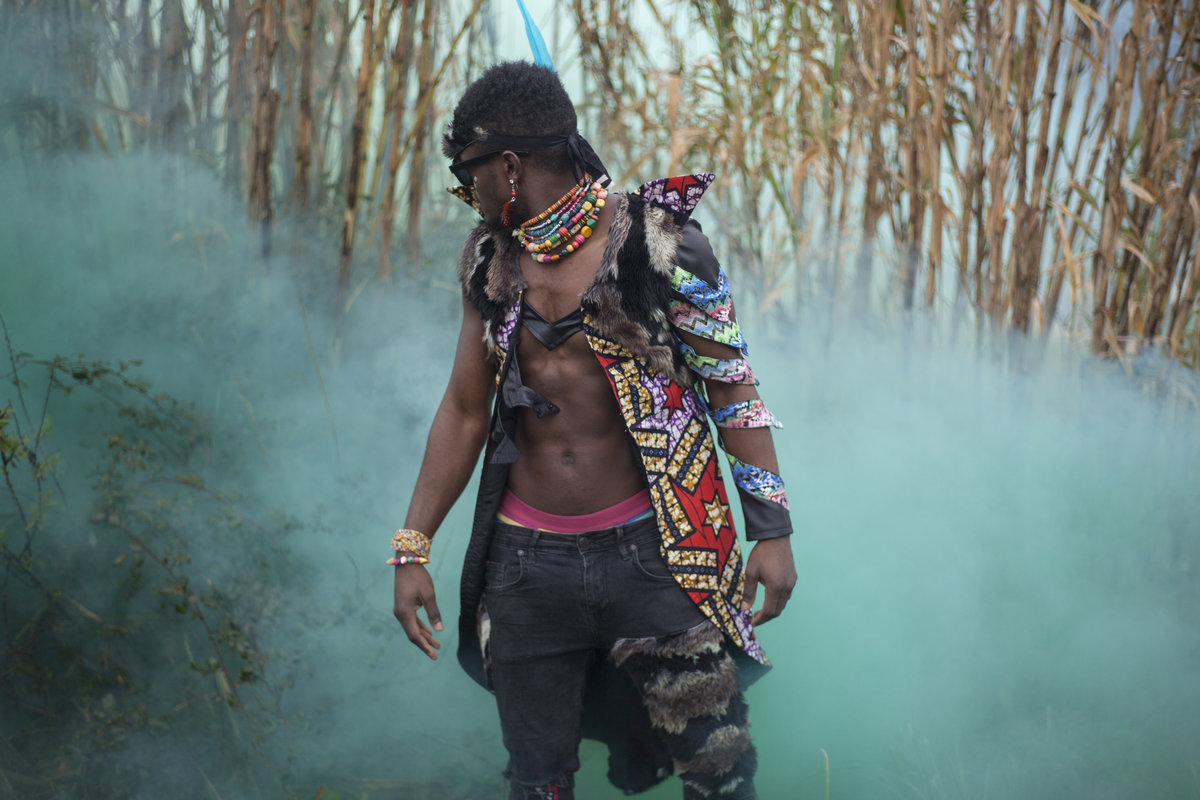 He escaped from Luanda’s ghetto at 17, and recently escaped temporarily from his Porto-based “kudurock” trio Throes + The Shine. Angolan singer and musician Diron Animal plays it solo with his debut album, Alone, proudly released by the excellent UK label Soundway Records. Hope, creativity and positive attitude mix with global warming and a strong taste for the dancefloor. Interview in Lisbon before the album’s release show.

PAM: “The ghetto won’t go away from me.” What’s left of the ghetto within you?

Diron Animal: The ghetto will never leave myself because it’s my main source of inspiration, and it’s the place where I learned to get by and make my own way. I feel European above all else, but I’m obviously an African person too. I was born and raised in the ghetto of Cazenga, Luanda (Angola) and I lived there until 17, when I eventually moved to Porto, Portugal. As a child, I would have loads of free time because school started at 7am and ended at 10am. I learned to cope with daily life, inventing strategies of survival and creativity. As our parents didn’t have enough money to buy us toys, we started to make our own, at around age 6 or 8. For example, we would use metallic milk boxes and flip-flops’ rubber to make small cars. We would find all the material in the huge open air garbage dumps, and we never realised how dangerous it was to wander barefoot in the dirt. We also created our own TV box with cardboard, and we would animate small characters in the hole of the screen. Then when we turned 14, we started to craft wooden kick scooters. We had to develop creativity skills as we hardly had nothing at all.

“The ghetto will never leave myself because it’s my main source of inspiration, and it’s the place where I learned to get by and make my own way.”

Have you kept a link with the traditional instruments of Angola ?

Absolutely. I started to play percussions in the ghetto, using beer cans. Then I crafted my own batuque [AN: an Angola percussion instrument] after the capoeira masters had taught me. The technics is pretty simple, and we would just have to buy goat skin off a family that had just killed a goat for food, and we would find wood and calabash easily.

“Soundway Records’ boss said it was one of the best things he had heard so far this year!”

The album is entitled Alone and you produced it by yourself: as you’re used to do it yourself since childhood?

Absolutely. I now have all the resources I need, and a better musical knowledge, especially on the technical side of things.

How come Soundway Records ended up releasing your album ?

I knew I wanted to release the album on a European label, but I didn’t know anyone. I asked my friend Pedro Coquenão aka Batida if he could give me the contact of his label, Soundway Records. As he liked my album, he decided to send it to the boss, who immediately sent me a message, asking me if he could release the album straight away. He said it was one of the best things he had heard so far this year!

Your lyrics seem to condemn serious issues happening in Angola or in the world – especially those linked to money, work or human relationships – while maintaining a light-hearted tone, so people would still like to dance to the songs. Is that correct?

I don’t think you should read my lyrics literally. I use irony and humour a lot, and I hope people will dance in the end. When I sing that everything in life is a problem [“tudo na vida é problema”], it’s ironic: even if people like to complain a lot, it’s not that bad. In “Kema”, there’s this sentence – “It’s burning up in flames, we need water” [“tá a queimar, temos de pôr água”] – that refers to the forest fires happening in many countries every summer. The song tackles the issues of global warming and climate change, but as I wanted to sing it and not to rap – as I do with my other band [Throes + The Shine] – the message is somehow less explicitly expressed.

In the last song of the album, Help, you sing that “the world is coming to an end” (“o mundo está a acabar”). Is it a protest song?

I don’t know, maybe. I guess it’s irony, once again. It’s obvious that there’s something wrong in the world, but is it really coming to an end? Sincerely, I don’t know. I’m only asking the question, in a light-hearted way. 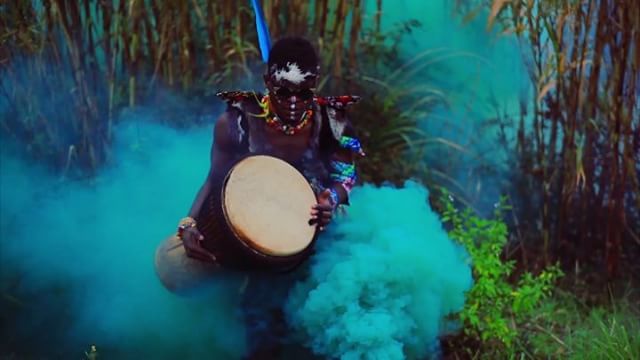 I’m gonna tell you a secret: I don’t drink, neither I smoke, but I do go partying sometimes! This song is for all your annoying neighbours who can’t stop interfering with other people’s business. “Mind your own business! This is my life!” Obviously, the teenagers will have a different interpretation of the lyrics, and will certainly claim their rights to freedom from their parents… But that’s fine with me, because I consider that some people become parents whereas they can’t take responsibility. So if their kids tell them “this is my choice”, I guess they deserve it!

The lyrics depict your daily life, in a way?

Yes, and this has been the case from the beginning. I’m gonna tell you a story. I was playing in the duo The Shine in Porto. We had already performed in clubs and in a few festivals. In 2009, we launched our second single, “Ta Doce”, and we sampled Major Lazer’s “Pon De Floor” gimmick. This was two years before Beyoncé used it for her worldwide hit “Run The World”! As far as lyrics are concerned, this song accidentally popularized in Porto the use of the Angolan expression “tá doce”, meaning “it’s cool”, as well as the term “mambo”, for “thing”. So the chorus of the song launched a trend in Porto: “tá doce! o mambo tá doce!” (“That’s cool! This shit is cool!”). Now in Angola they use “tá a bater”.

“I’m not very much linked to politics. But I have to admit that sometimes, in life, things don’t change, or not that much… There still is no true justice in Angola, for example.

“Seen from the multicultural capital city of Lisboa – a very African place – the North of Portugal and Porto seem to be rather difficult places for Africans or Afro-descendants, where the African culture is way less visible and understood, and racism is more ordinary. Have you ever been victim of racism in Porto?

Yes, I’m very often victim of racism there. But none of these situations has ever upset me. I’ll give you a typical example: an old man crosses my path on a tiny pavement, and he forces his way through, yelling at me “Get the fuck out of my way! And get back to your country!” Porto and Portugal are my land too! And I don’t have any problem with this. I think this is sad, obviously, but there exist deep reasons, sometimes – the person’s family may have experienced traumatizing moments during slavery, colonization or when they had to leave Africa and come back to Portugal during decolonization. And there are so many families who never welcome any Black person – through marriage, for example. I think that it’s too late for them to open their minds on the matter. But things are changing with the newer generations, through mixed couples. I myself am married to a White Portuguese woman and we have a kid. I confess I like to put things into perspective rather than react radically. “We’ve got to move forward” is my motto!

Do you think Angola will move forward, at last, since the departure of authoritarian president José Eduardo dos Santos, who remained at the head of the State for 39 years, since the country’s independence?

I’m not very much linked to politics. But I have to admit that sometimes, in life, things don’t change, or not that much… There still is no true justice in Angola, for example.

Would  you say it’s the desillusionment of your optimist mind, or realism?

I’ve already been closer to militant and activist groups in the past, particularly through my brother or a few friends. But it’s very hard to live a normal life in Angola when you’re an activist. And what I find the most shameful is that Europe doesn’t take sides in the situation. And Portugal should be the first to speak! But that’s only my humble opinion, and I’d rather talk about my music and my artistic production. 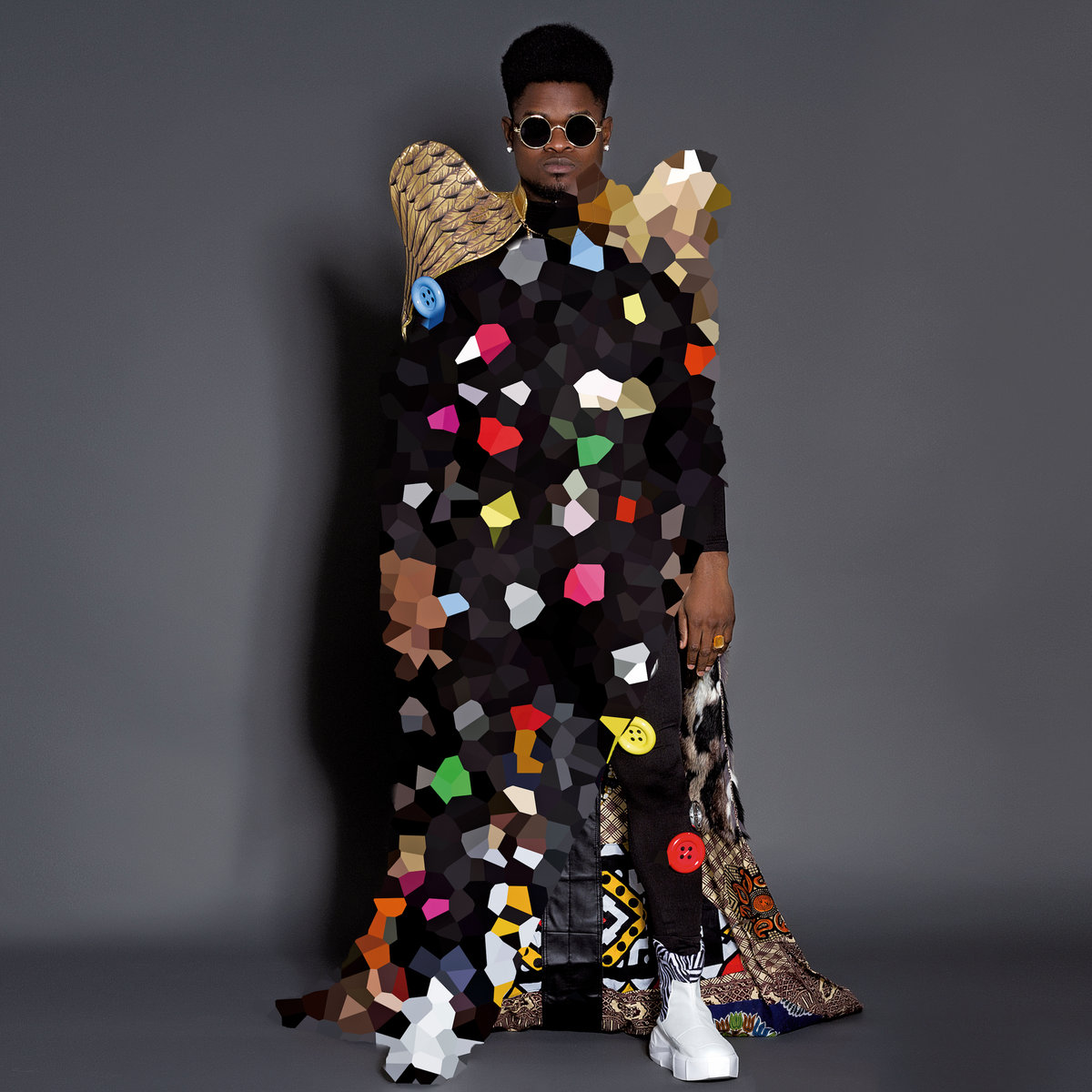