Anthony Joseph : "I hope I can create a bridge between Trinidad and Europe" 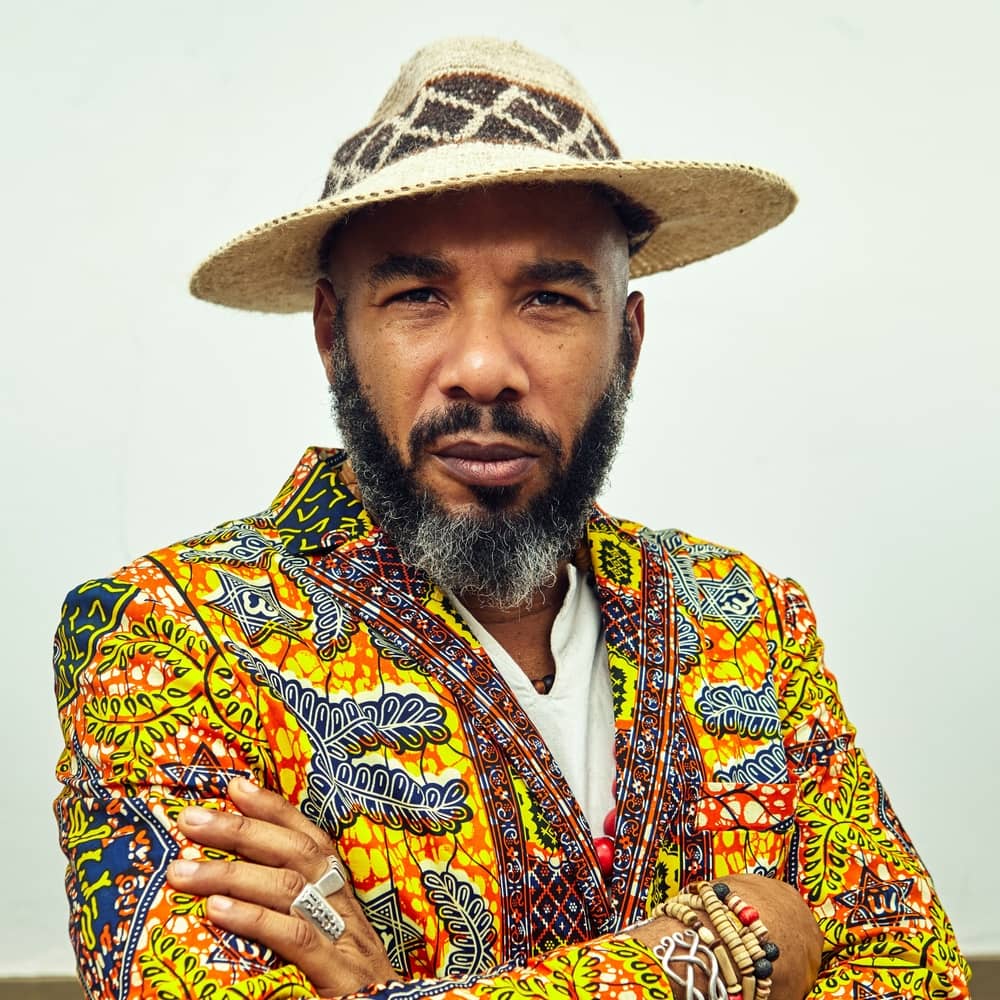 With this seventh studio album Anthony Joseph is back to his roots. Recorded on his native island of Trinidad, this album entitled “People of the Sun” is a tribute to Port of Spain (POS), this bubbling port, meeting place of many cultures and a door open on South America.

Here, Anthony Joseph takes time to talk about this new album, the dream of making it in his hometown, and how the modern musical scene is in Trinidad nowadays. Check out the full interview below.

Hello Anthony, 7th album in less than 12 years plus books, you are like James Brown “the hardest working man in show business”!

I work hard but I’m lucky to do what I do as a poet and musician, for a living. It takes a lot of my time but its my life. I’m also fortunate to be working with a good team and a great label who allow me to produce a new album every two years. I’m just trying to do good work.

The previous album was dedicated to Caribbean music and this one especially on Trinidad. Is that a logical evolution for you?

Yes, this is THE album I’ve dreaming of making since the beginning. I’ve always dreamed of recording in Trinidad, but I needed time. I needed to have a full range of experiments and experiences in Europe, to find myself. You only understand the Caribbean when you are away from it. Now is the right time for me to do this album in Trinidad. Luckily, the label agreed to invest in the project so it happened

How was it to record with artists you were listening as a teenager in Trinidad?

It was beautiful, it was natural, a really natural process. When you are listening to an artist since the 80’s and you finally meet them, you find him exactly as he was. When I met Brother Resistance for example, he was exactly like I thought he would be because I knew him through his music.

All the musicians featured in the album are heroes, but they are really open, really humble. And as Trinidadians, we are part of the same movement, the same family!

Did one artist impressed you more than the others?

All of them (laughs). I guess Ella Andall, because she’s an icon and a really spiritual presence.

I’d met the other guests but not Ella. It took a lot of phone calls and negotiation to get on the project, but when she came, she wanted to keep recording, she didn’t want to leave the studio. She turned out to be very funny, generous lady. I remember hearing her in about 1981 at a concert in Port of Spain, and her voice was moving all through the streets. She’s our queen, very special.

You work with Jason yarde as producer, why this choice?

Jason’s roots are in Guyana, next to Trinidad, so he knows the music. I’ve worked with him for many years. He by far the greatest all-round musician I’ve worked with in UK. A writer, arranger, saxophone player. He played on the Caribbean Roots album as well. So it was a natural choice, and he’s easy to work with; a kind human being. So our personalities match. And as a Caribean person, he understands what I’m trying to do.

Trinidad musics seems to be really trendy now for diggers, DJ and music lovers, how do you see this phenomena?

Laughs…. it’s tricky. I see this trendiness, these DJs going all over the world to find music- it’s great. They discover all this forgotten music, and that’s what people are interested in, music that the world hasn’t heard. But it’s also dangerous, they are looking for the exotic, and that’s a kind a neo-colonialism if its not handled with respect for the music and original musicians. Otherwise it can be exploitation.

But overall, it’s great that people paying more attention to calypso. Its about time! Look at the Calypso Rose phenomena. That’s great for her and for calypso. Years ago I did a few soul-calypso mixes for the Paris DJs website, I’d like to think I helped as well to spread the music. 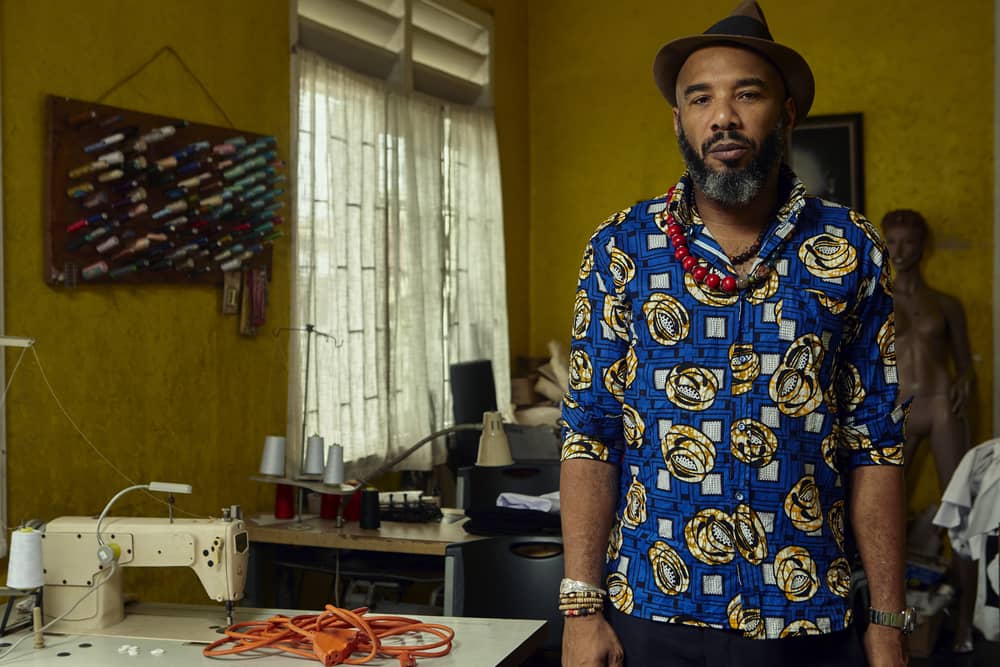 How is the modern musical scene in Trinidad?

Trinidad is still very much focused on Calypso and Soca music. The island has this flavour. There is a small electronic music scene. But Trinidadians love Trinidad, and they love their music. They know how powerful this music is and how rebellious it can be. So even young musicians knows and respect the music and they incorporate it into other genres, like dance music, dancehall, soul etc. They always keep the “trinidadianess” in the music. John John Francis, one of the artists on the new album, is an R’n’B singer who’s doing this – fusing the local with the international.

Also, because of the carnival, hundreds of new soca songs are recorded every year. We have a culture of creating and moving on, we place great emphasis on ‘the new’. So yes, its a really dynamic scene.

How do you see your place in the contemporary trinidiad musical scene?

Wow, good question – laughs. I occupy a very unique place. I’m a Trinidadian artist who lives in Europe. I do Caribbean music in Europe. I’m in the diaspora and there are not many of us doing this work at this level.

I’m signed to a European label. Its a really unique and privileged position. Besides Calypso Rose, and a few huge soca artists, I don’t know other artist in this situation.
Maybe people in Trinidad don’t really understand what I’m doing! But it’s changing…I hope that this new album will create a bridge between me, Trinidad and what I’m doing in Europe.

Would you like to tour in Trinidad and the whole Caribbean islands?

We have to! You can’t record an album in Trinidad and not perform the record on the island. That’s when the music will find its its real sound, its real home. You have to finish the circle.

For sure, If we can play in Saint Lucia, Barbados, Guadeloupe or Martinique that will be great, to make connections between the people and the music.
I know this is bigger than me. It’s important spiritually!

Listen to Anthony Joseph’s People of the Sun. 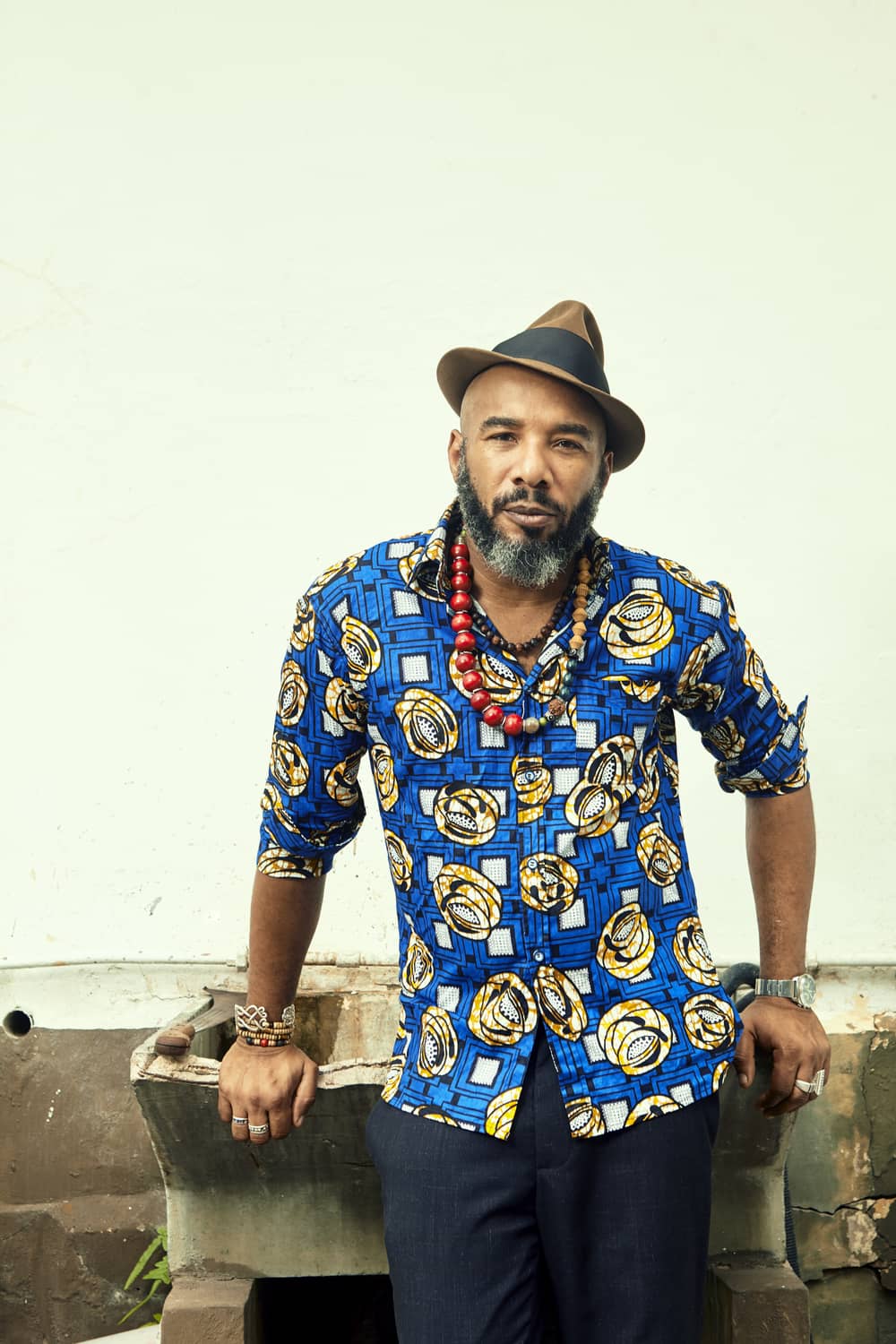