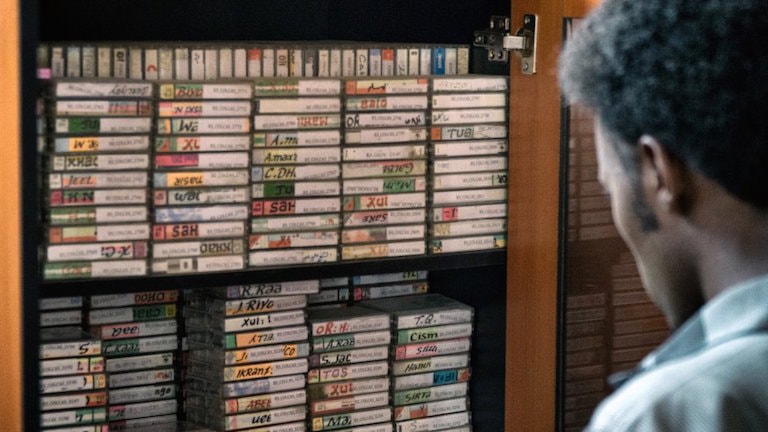 As Ostinato Records is about to release this autumn its newest compilation about the forgotten yet golden era of Sudanese music, we had a conversation with the label’s founder, Vik Sohonie.

At the time of our interview via Skype, Vik Sohonie was in Bangkok, Thailand where he grew up, “and this is the place where I spend most of my time”. His label is based in New York but he’s rarely there: “I’m usually in Africa or Asia, particularly in India – where I was born – to visit my parents”. This quick explanation already draws a very relevant personal world map of the founder of Ostinato Records, a music label whose releases aim to “shed a positive light on societies” that suffered from forced migration, internal war and conflicts, or natural disasters, all having resulted in concealing or destroying the countries’ artistic heritage. Since 2016 and his first release, Sohonie has relentlessly been digging up forgotten music of Haiti, Cape Verde, Somalia and – Ostinato’s latest fresh compilation – Sudan.

With a background and formation in journalism, Indian-born Sohonie’s work seems incongruous in the generally white Occidental small world of music digging, and our conversation quickly took a strong social and political meaning, with themes ranging from postcolonialism ever-present trap, to the possibilities of ethical and fair trade within capitalism. And how releasing music might sometimes have more impact than telling stories. Digging? Yes, but storydigging. “Music is the most powerful weapon, as a storytelling tool.”

How do you define your activity? Would you consider yourself a digger? A music producer? A musicologist? A cultural traveler?

Vik Sohonie: I started my career as a journalist, and I would say I’m still a journalist. I like to tell great stories and I use music as a storytelling tool. I look for defining political and cultural events in history, like immigration waves, civil wars… Stories that need to be told, as they’ve been denied because of prejudices and editorial choices of powerful Western media.

I wouldn’t say I’m a digger: i think digging has a colonial connotation to it… ethnomusicology, all these things are terms and labels that do a disservice to cultures because they – again – place the cultures of the “global South” in one room, and the culture of the “developed world” in another room. Do people really say they go digging in Europe or in Japan? So I’d say I’m not even a journalist: I’m a storyteller. Whenever there’s a great human story to be told, there’s usually great music behind it. And I’d rather tell a story with a soundtrack than with an article I could easily publish in the New York Times but would hardly get the reader’s attention.

How do you choose the countries you want to cover?

I’m interested in countries that have been severely badly represented and have had their international image torn apart by major media. After we’d released the compilation of Somalian music, I went to the Somalia page on Al Jazeera website, and 99% of the stories were negative, the only positive story featured there being our compilation! Most of these countries I already had on my radar, like Cape Verde – whose music I’d already loved – or Haiti – that I’ve intensively studied at the university.

How do you look for the music stories you want to tell in such different countries?

I usually look for the story first, then the music comes after. Or sometimes, like in the case of Cape Verde, I found amazing music and I found there was a beautiful story of immigration behind it. In the case of Somalia, I knew there was an amazing story to tell of Mogadiscio and the country from before the civil war, and I thought that there must be great music linked to it, and so I began my research.

Because I grew in so many different countries, I understand the depth of what cultures can be and I have serious issues with the way stories are told and the perceptions imposed by global images and international news stories. That is why I look for stories that are gonna change the narrative and tell the truth that hasn’t been told for many decades or centuries.

Why do you think these musics have been unheard for so long? Is it the result of five centuries of colonization?

Yes, colonization and the media industry that it created: who is empowered to tell the stories? For example, there are many European journalists telling the story of Brazil, but why can’t you find Indian journalists telling it? How come we in the global South don’t tell our own stories? We come from similar histories, legacies and traumas, thus we can emphasize each other better and tell each other’s stories more richly.

What do you think are these “common legacies” between India, Africa and Caribbean?

As an Indian, when I go to East Africa, I feel like people are long-lost family members. There is a bond between us, and this is why if you let more people of color cover countries of color, you probably going to get richer and different stories. It created a solidarity that has existed for a long time, at least since the 1950s and the creation of the Non-Aligned Movement [a group of states that are not formally aligned with or against any major power bloc, Translator’s note]. Most of the former colonized countries decided not to be part of neither American capitalism, nor Soviet communism. They created an alliance between Africa, Asia and South America and all gathered in Indonesia at the Bandung Conference to found this new movement.

Still, is there a risk of being seen as a neo-colonist when you as an Indian go to Somali to exhume local music?

First of all, in our history, we are the ones who were colonized, and we didn’t colonize anybody. That guilt that comes with it colonization is not on us.

I went to Haiti, Dominican Republic, Somalia, Sudan, Djibouti… and I was very nervous when I first went to these places: will I be seen as an outsider, will I be treated as a foreigner, with suspicion? Finally, it helped me learn more about my own history. Not many Indians go to Haiti, as it is far, but I found that Haitians knew we had a common history. And I would be truly happy if an Haitian did an Indian music compilation; that would be the most beautiful thing in the world!

I understand your work is not the same as a record producer. What are the purposes of your music compilations?

With my releases, I’m trying to change global images and shed a positive light on those societies. Because who tells your story controls your image. We, in the global South, we don’t fetichize war and poverty, but we look to the depths of the history. If you perpetuate false images, you’re complicit in the crimes that happen to these places.

The European labels do a very great job, and we’re all allies in this, but why are most of the compilation/reissues labels based in Europe and are run by Europeans? There’s an history behind that. I’m the first Indian to run this kind of label, though we are a billion people. I hope the little success that my label has had, hopefully can inspire more people from Asia to take on cultural preservation work.

As an Indian-born person, why haven’t you released a compilation about Indian music yet? I guess there must be some unheard or unrecognized music in such a huge territory populated by so many different communities.

I’ve already thought about this question, and I very much want to do something with Indian music, but there are many reasons why I haven’t released this music yet. When you’re born in India, you’re told not to like your own country, and you’re taught to look West, because of the British colonization. My parents who grew up in the 1960s in India were listening to The Beatles! That was the major thing at the time, especially for the people living in the city, who didn’t have link with the small villages life. I myself had to learn about Indian music through European record collectors! That’s crazy. I grew up with the African-American culture: listening to American hip hop, reading Black poets… Hip hop was everywhere where I grew up – big cities of India, Thailand, Philippines. Then I could relate to this culture because I felt similar racism and inequalities in my life before.

The second thing is linked to journalism: in the major news companies, if you are a White Westerner journalist, you can cover any country in the world and tell the story you want, but if you are a Sudanese, they only let you cover Sudan. And the same goes for other South country. And because I myself have been pigeonholed this way, I haven’t felt like covering Indian music till now.

The third thing is though I want to celebrate Indian music, if I look for a great story, I don’t find one. India is such a diverse country, because it was never meant to be a unified country, due to so many different cultures and communities. There are so many things to be told, so where do I begin? Actually, I’m currently working with a great Indian music collector and we’re trying to find out what we can do. But as an Indian, I’ll have to be very careful with that.

The last thing is that – and you shouldn’t forget about it –, as any other colonized society, India has its own complexes. So an Indian like me, who has spent a lot of time abroad and in the U.S.A, has an American accent, I’m not Indian enough for Indians. And they would tell you “Why do you care about our past? We have so many great things happening nowadays.” India is not like Somalia or Sudan, where so much has been lost and the infrastructures damaged: India doesn’t need a global perception change. It would be for me more a way to discover my own music and culture. And I still need some time before understanding how to do it.

Before you go back to your Indian roots, what’s the next stop then?

You mentioned the Carribean earlier, and I precisely would like to work on Guiana. I want to tell the story of Indians in South America. And I find Guiana has an incredible history. 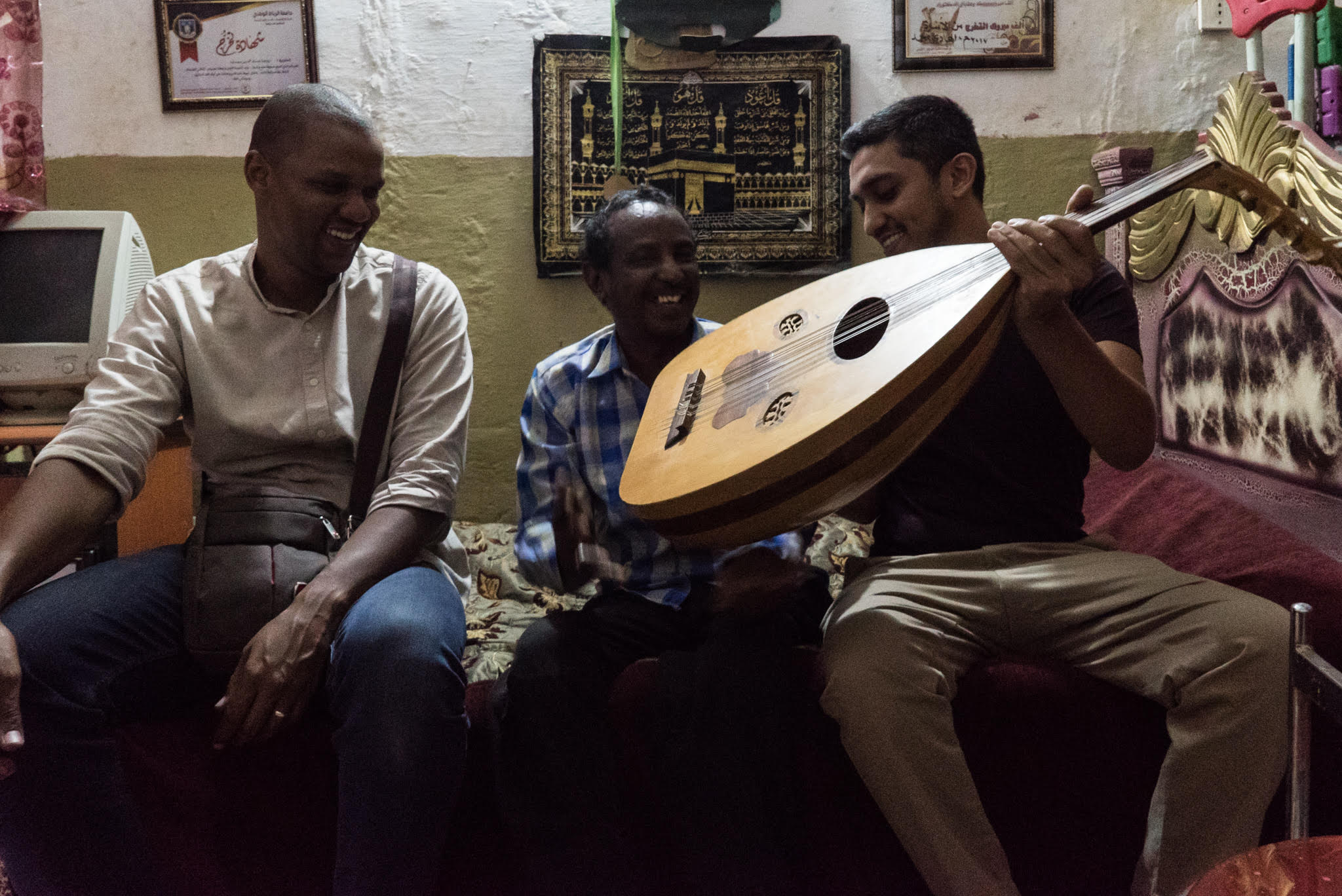