Nakhane: the voice of an angel who beats his inner demons 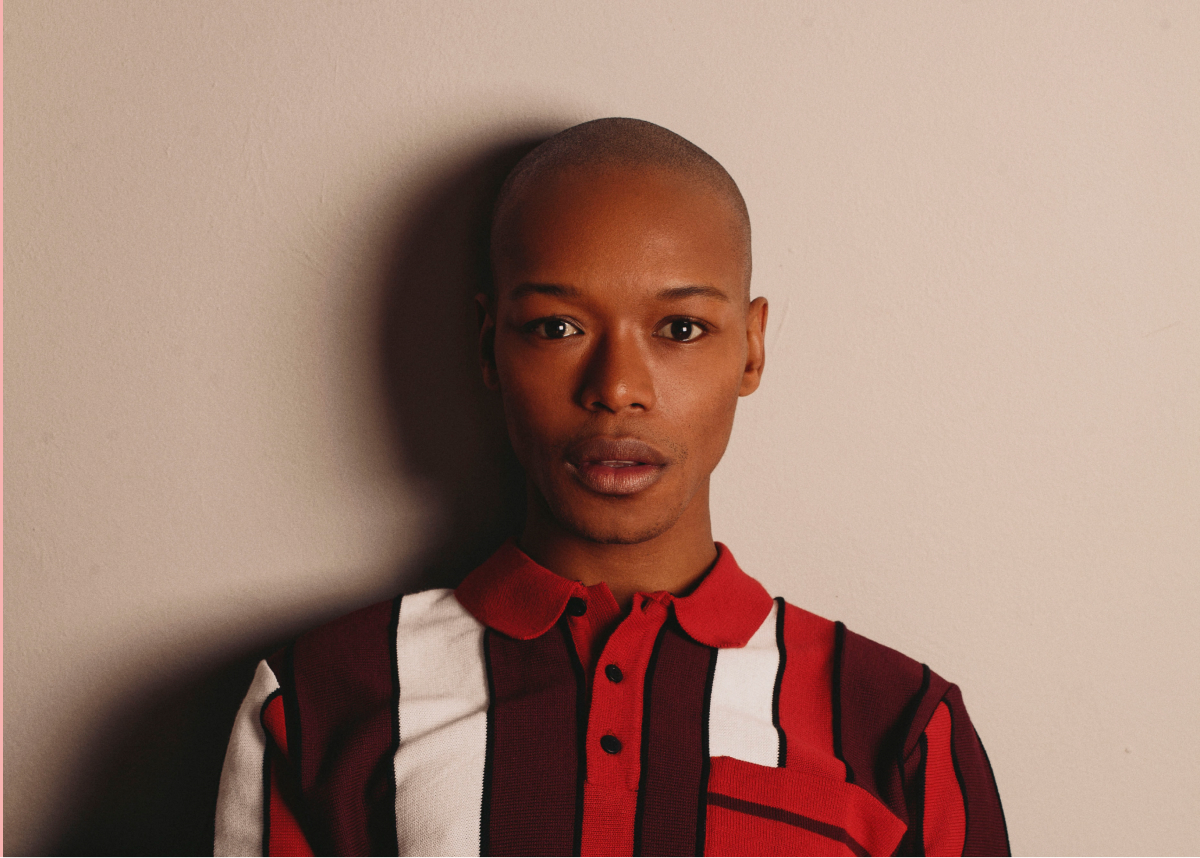 Nakhane, 30 years old, has just released a unique album, mixing David Bowie’s pop, Marvin Gaye’s soul, church choirs and the house beats he’s been drowning to in clubs. Interview with a surprising artist whose past has been chaotic and who seems to have found peace today.

When you released your first album (Brave Confusion, 2013) you called yourself Nakhane Touré. Where did this name come from, and why did you changed it afterwards?

I used to call myself Nakhane Touré, now I just call myself Nakhane because you know I heard Bob Dylan called himself after Dylan Thomas, and I like this tradition of naming yourself after a hero, almost like when you open a book and they have a little excerpt from a poem that they named the book after…

And on my first album there was a song called “In the Dark Room” and the guitar was sort of influenced by a lot West African music, it was also the beginning of my guitar playing days, it was me trying to emulate Ali Farka Touré because I was very obsessed with him. I never heard a guitar sound like that before, I never thought it was possible. My idea of guitar was either funk or punk music, or blues… but his music was snaky, sounded sexy, it hypnotized you. The first album I heard was his last one, Savane, then I wanted to hear everything. Naming myself “Touré” was also a political thing, I wanted it to be an ode to panafricanism. Because 1 000 years ago we were living in West Africa and then we decided to migrate.

And so, in South Africa where we can be quite xenophobic, it’s quite important to know that maybe one of your direct ancestors is still there. So the West Africans are not foreigners they could be literally your cousins. So that’s why I named myself Touré.

I was born Nakhane Mavuso and when I was 7, I was adopted by my aunt, and my named changed. My aunt became my mum. I moved at her place in Port Elizabeth. Then, really in a sense of taking charge of myself, I kept my first name, that has always been Nakhane.

You often talk about your grandmother, whom you dedicated your second album to. It seems she’s had a great influence on you, hasn’t she?

She raised me from 0 to about 5. She was amazing, and I realized after she passed away, eleven years ago, how much she meant to me in terms of the decisions I’ve made in my life. And I guess that she didn’t think she was being wise or giving me some advice, but she was just saying things to me, which I didn’t take seriously at the time but I took it more seriously when she passed away. She was alcoholic, but yet she told me: don’t drink alcohol under the table, some one is bound to find you and you are going to be embarrassed and humiliated. Whatever you do, do it openly. She was talking about alcohol, but she was actually talking about life.

And she was the first person who defended me… ever! I remember when a domestic worker threatened to hit me and she said « before you touch him you’ll have to hit me first ». And As I child who felt I didn’t belong anywhere, for someone to say that, I just felt so… loved.
No one had ever done that for me before. She had nothing to give me in terms of material stuff, but she loved me.  She was amazing.

Can you talk about your musical education?

It started with my mum and her sisters. They were singing in choirs, like 60 voices choirs: Mozart, Hændel… choirs are huge in the Eastern Cape where I grew up. There was like a festival almost every week-end, national competitions… high stake shit ! (with bribes, etc.). It was all I knew for a long long time, and then I moved to Port-Elizabeth, and I got introduced to Marvin Gaye, and that completely turned everything upside down for me. When you are seven years old, you don’t know how dirty the songs are, or how sad they are, or political… all you are attracted to is the music, the melodies…

I’ve been obsessed with Mr. Gaye for all those years. I didn’t listen much to pop music as a child, I didn’t listen much to the radio nor watch TV. At school I was practicing a lot of instruments: I studied classical trombone, I was in a choir, I studied piano, played some steel drums. I was very busy at school. During all breaks, I would be in the music room; it was really my passion.

At around 16, I discovered Myspace, and then this whole new world of music was open. And also the music shop I worked in, it was one of the best education. Because we could borrow the records: you see the cover, you find it interesting, you just take the record home and listen to it. I learned a lot, listening jazz, etc. That served my musical education.

I remember between 17 and 19, I had this hunger of discovering so much music and I was just gobbling it up. When I found something interesting, I could listen to the song of the album for weeks. I was really obsessed with it. When I love something I want to do it a lot, that’s why I don’t do drugs; I would die in a week.

At around 17, I started to have the desire to write my own stuff. But how do you write a song? A song! A poem, yes – I was writing plenty of them. But a song, it seemed so big, like writing a book… But even a book seemed easier for me. And when I was 19 my mother bought me a guitar, and I sat down and worked to learn the basics. I just wanted to use it to write songs. And then I was very obsessed with Leonard Cohen: the words and the melodies. And it grew from that. So I’ve been writing songs for eleven years. 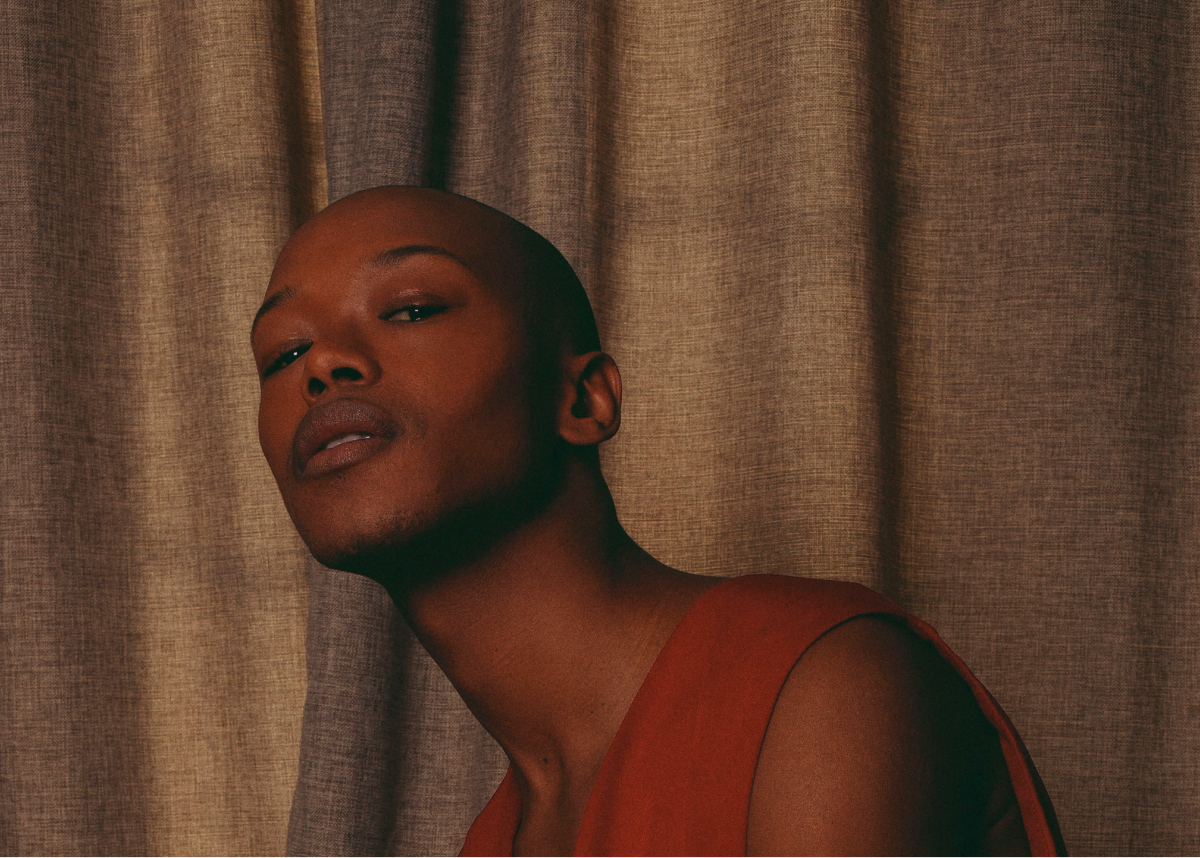 What about South African music?

There was this album from called TKZee, a kwaito group, and you couldn’t get away from that… and Brenda Fassie of course, not only for the music but also her attitude: she was so bad ass. She reminded me my grandmother. And also in the early 2000s there was this whole new generation: Thandiswa Mazwai , Bongo Maffin, a kind of continuation of what Makeba and Masekela were doing, but it was much more relevant to what we were going through. They were political, conscious, poetic… it was a kind of revolution. And then, when I moved to Joburg [Johannesburg],I became interested in more electronic stuff, much more harder stuff. May be because of the sound systems, they sounded like shit but you get used to the sound distortion, it becomes part of the music. It’s like a painting; it depends on where you see the painting. It’s the same with music: it depends on how and where you hear it.

I believe my grandmother is with me all the time, and her spirit is all over the album. That’s why there is so much red in it, because her nickname was “Star Red”, and also red is a very important color in my family’s spiritual line.

Most people discovered you in 2017 with the movie The Wound (by John Trengove), that talks about a ritual of initiation. What’s your relationship with tradition and the word of your ancestors?

Very good, now. Ancestry and spirituality were seen as something satanic, and when I left Christianity it was because it didn’t make any sense to me. I remember I would ask my grandmother: “So they are saying that all our ancestors are going to hell because a few White guys came and said it does. It doesn’t make any sense!”

I just needed to go back and see what was happening before colonization, and I was lucky enough to meet an insagoma [traditional healer]. It was my introduction to xhosa spirituality; understanding it for what it really was. And not how they told it was, which was mostly lies. Christianity has led people to despise their own spirituality, to despise who they are. Now it’s a big part of who I am. I believe my grandmother is with me all the time, and her spirit is all over the album. That’s why there is so much red in it, because her nickname was “Star Red”, and also red is a very important color in my family’s spiritual line.

The title of your album is You Will Not Die. Have you ever thought you would die?

I already had this title for eight or nine years. I first got it at the Bible studies. There’s a line in the Proverbs where Salomon says: “Withhold not discipline from a child, for if you beat him, he shall not die.” I was reading this and thought: interesting… If I take this phrase and personalize it, what do I get? Sure there’s pain in life, but not dead though. Not dead…

And one day as I was in the bath – because I work on my albums in the bath – I had this melody and these lyrics: When I walk on you I will not die. I sprung out of the bath, went to the piano, and I wrote the song. And that was a song about abandonment… I knew it would be the title of the album. I was so scared for a long time, but then I realized: “You’re not gonna die dude. It’s fine, you’ll wake up tomorrow.” And then The Wounding [the movie] happened. You will not die. The title sounds somber, but it is really hopeful when you take it deeper. “You gonna wake up, brush your teeth, put some clothes on, and then continue.” Human beings are very good at that. We refuse to die.

In the song “All Along”, you say “I want to get my innocence back”. What do you mean?

That song man, how much can I reveal of it? It’s the idea of experience. When you are an artist, you want to experience everything. But there are moments you wake up in the morning and you think: I took it to far it. Maybe it’s my Christian guilt. But sometimes I wish I shouldn’t know. That line means: “Can we just rewind it? I wish I hadn’t seen those things.” But this was a year and a half ago. Now it’s more like: “Bring it on! I want to experience everything I can. I want all of it!” It’s going to give you something, whatever it is. That night, it gave me a song…

Read Next: Ady Suleiman: Neo Soul and the Inner Workings of a Disquiet Mind 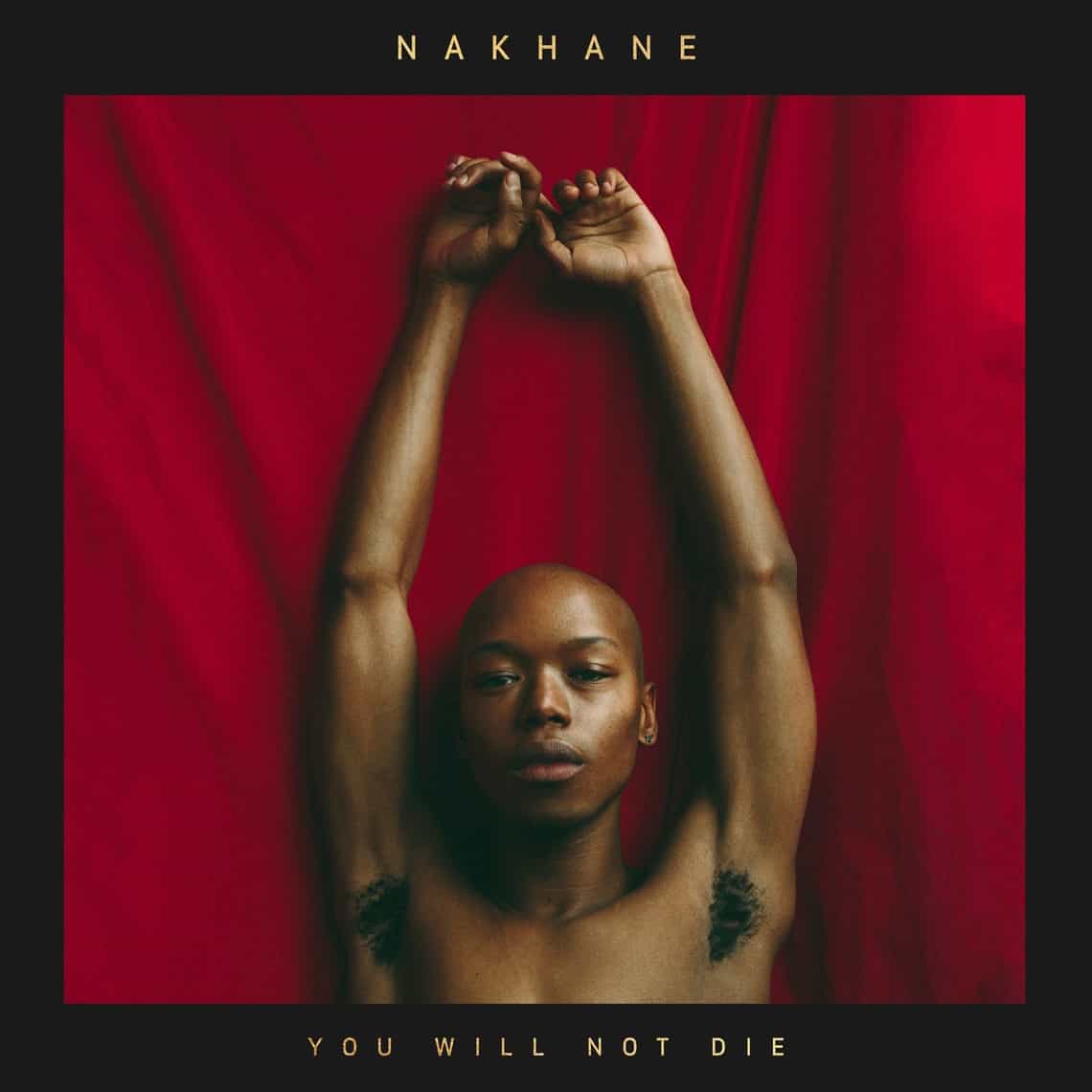