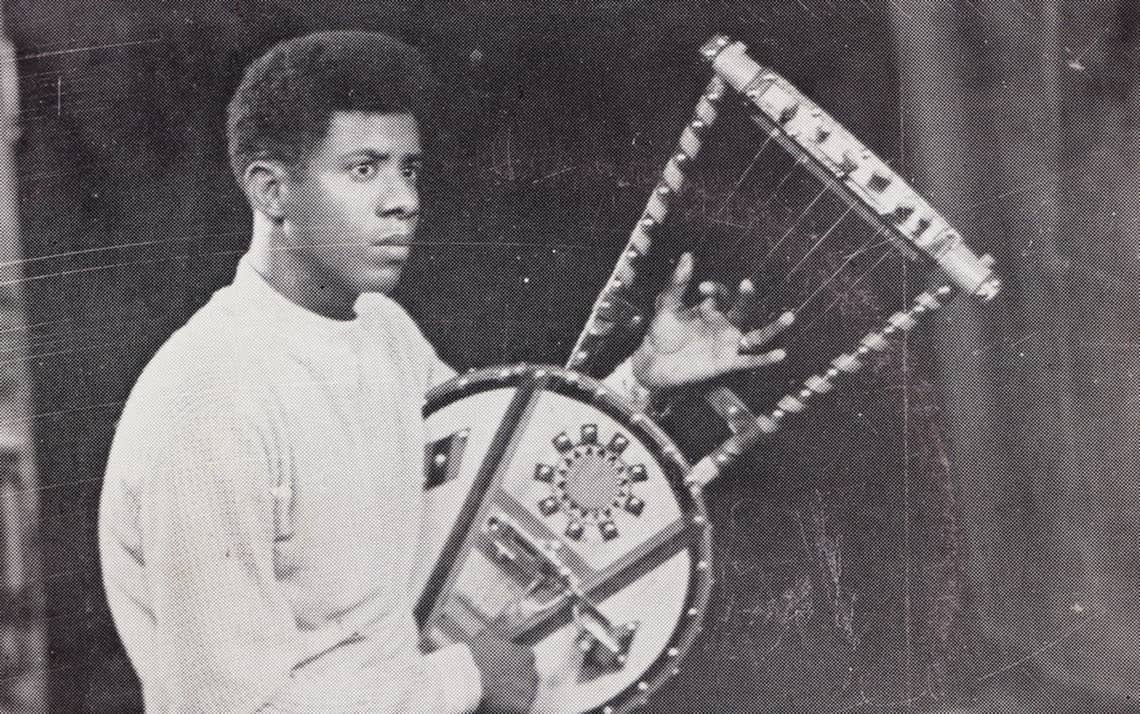 Premiere: listen to an extract from Ostinato’s compilation Abu Obaida Hassan & His Tambour: The Shaigiya Sound of Sudan.

Brought to you by the Grammy-nominated team behind last year’s “Sweet As Broken Dates”, the first global release of Shaigiya music is just the beginning of Ostinato’s immersion into Sudan. A full compilation of the lavish musical history from one the most diverse countries in Africa due later this year.

Abu Obaida Hassan and the wonders of his five-string tambour remained largely a mystery. In the early 2000s, a prominent Sudanese newspaper declared him dead. Internet forums confirmed his passing. Many in Khartoum, Sudan’s capital, said he had indeed died. But rumors that he was still alive persisted.

What is always certain is Abu Obaida Hassan’s mercurial talent. His command of a modified tambour, backed by a chorus and two drummers, unleashed swirling melodies alongside complex Nubian rhythms and hypnotic Sudanese call and response. His bands roster constantly changed, but he remained at the helm, playing for sold out shows in cities across the country and capturing the dancefloors and youth of 1970s and ‘80s Sudan.

The Ostinato team first came across Abu Obaida’s recordings in 2011, finding scratchy bits and pieces along the years. We traveled to Sudan in 2016 to find the clues to piece together the Abu Obaida Hassan puzzle. Through some extensive detective work with our man in Khartoum, Ahmed Asyouti, and a generous dose of good fortune, we tracked Abu Obaida to the rural outskirts of Omdurman, the old capital just across the White Nile from Khartoum. Age has taken its toll, but he remains full of life and music, ready to jointly curate a selection of his eight best cuts. He has written over 100 songs, only 30 were recorded.

Abu Obaida comes from the Shaigiya people, whose culture is spread around the ancient city of Merowe, home of traditional Nubian culture, where pyramids older than those in Egypt still stand. They trace their entire lineage to one man, Shaig, who migrated from the Arabian peninsula in the 15th century. An endlessly rhythmic syncretism between Arab and Nubian styles, Abu Obaida’s Shaigiya music was an in demand party affair in an era when a vibrant nightlife and roving sound systems were a staple of life in Sudan. 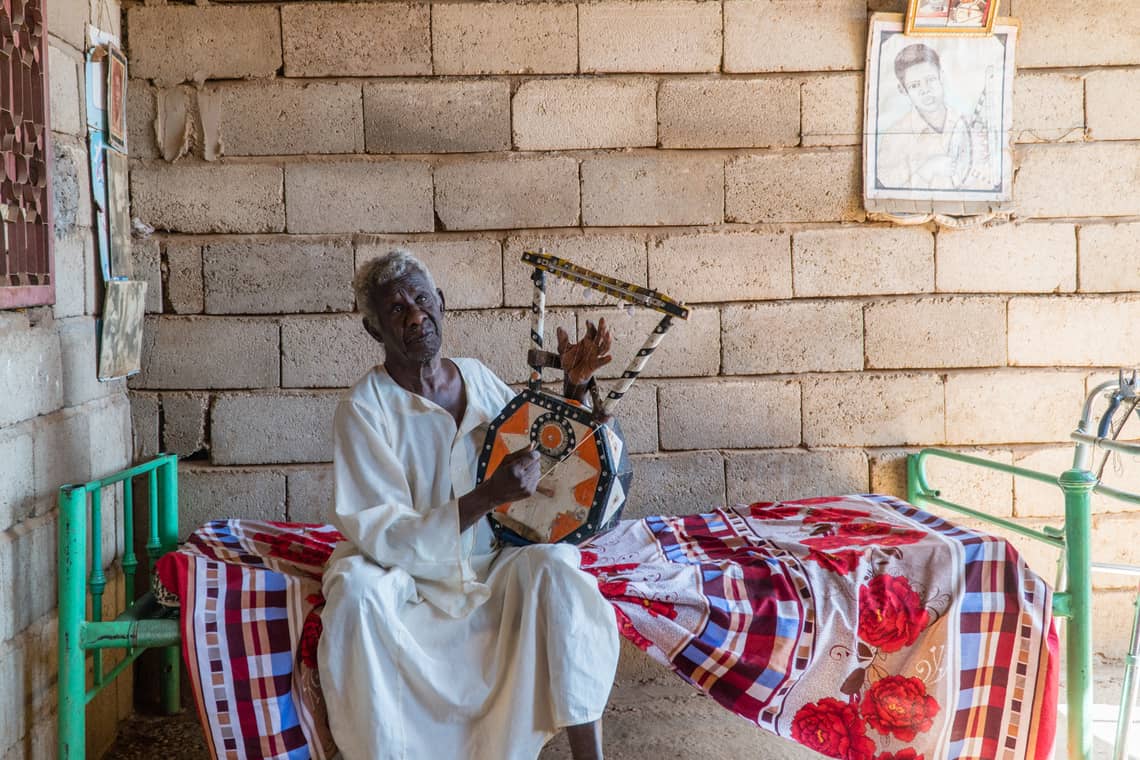 It was music for a modern era, and Abu Obaida, at just 19, rebelliously abandoned traditional Shaigiya music traditions, pioneering a new sound by adding an extra string to his tambour and electrifying an instrument adored across East Africa. The result was complexity in simplicity and a hyper-talented artist who mirrors the story of Sudan’s highs and lows, from the leading tambour maestro of the hour to such obscurity on the fringes that he was believed dead. “They killed me!”, he likes to joke.

Abu Obaida Hassan, his music and the musical traditions of the Shaigiya remain alive and kicking. A culmination of a 7-year journey, from first hearing Abu Obaida’s distinct sound, found only in Sudan, to finding the man to the first global release of Shaigiya music. This is a rich, raw example of the human experience with sound from northern Sudan, an ancient part of the world, and the birthplace of civilization. Music like this isn’t mastered overnight.

Read next: In South Sudan, Music is Louder than Bombs 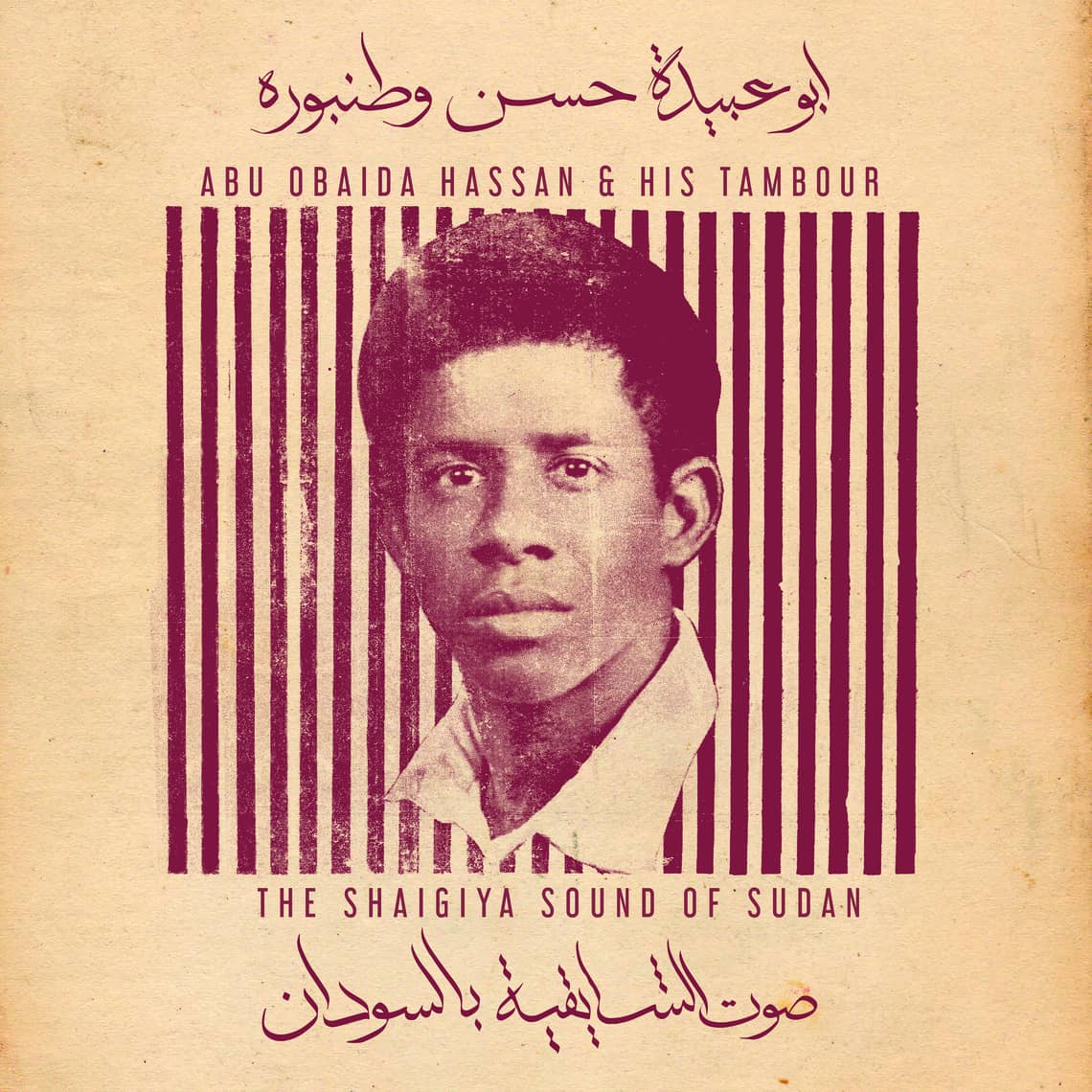