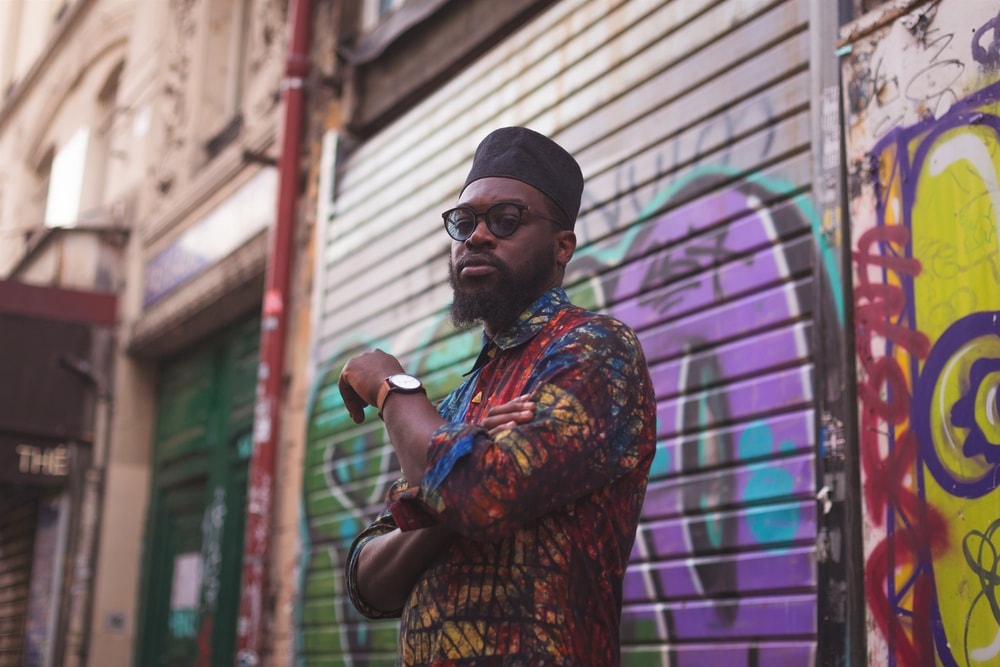 With his first solo album, Everyone’s Just Winging It And Other Fly Tales (Lusafrica/The Garden), DJ, rapper and producer Blinky Bill puts Kenyan modern music on the global map. PAM met him after his concert @ MaMA, in Paris.

It is largely in his studio of Nairobi that leading figure of underground Kenyan and backbone of the collective Just A Band, recorded his first album: 12 groovy tracks between rap, funk, nu soul and electro which favour the vibrant Kenyan urban scene (Muthoni Drummer Queen, Sage..) and more widely African (Petite Noir, Sampa the Great, Nneka). A feel good album that owes its coherence to the haunting flow of this prolific experimenter and to its impeccable production.

Listen to Blinky Bill in our Afrobeats playlist on Spotify and Deezer.

You just finished a tour in France but you played also in the UK, how was it to play your new album in Europe?

I played in Europe as a dj but this is the first time I’m playing with my band. It’s been amazing. The response has been really great. It’s a learning experience for us as well because we were playing to an audience that is just discovering my material. It’s just exciting.

Your real name is Bill Sellanga. Why did you choose Blinky Bill for the scene?

Because one day I saw my name while reading a newspaper. I thought that name was boring, Bill Sellanga, It sounds like an accountant ! In high school there was this cartoon called Blinky Bill and everyone used to call me that…

In the Australian cartoon, “Blinky Bill”, is a small courageous and eco-friendly koala. Are you as brave and green? 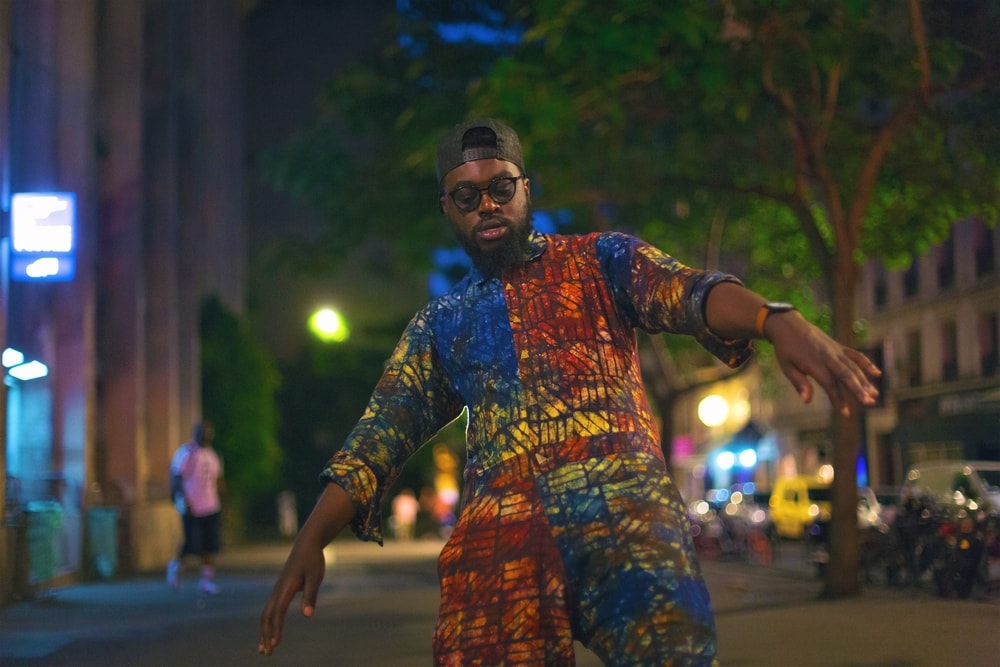 Music has always been part of your life?

Yes, I’ve been growing up in a musical environment. My mum used to play guitar and my dad used to sing in a choir for national events. He did play music all the time.

What kind of music your parents were listening to?

My dad used to listen congolese music like Franco, Awilo Longomba… a lot of those artists. My mum used to listen to gospel music. So I was surrounded by those kind influences a lot at home. But also we’d sneak in TV shows that had Michael Jackson… So we were very exposed to pop music. As a result, some of my music is very heavily rooted in African music but with a global outlook. I listen to hip-hop mostly, african and american hip-hop. And I love jazz too, old school jazz singers as well. So my musical influences are very wide.

“California love“ (2pac feat Dr. Dre) was a revelation for you. Why?

Because of the Talkbox! I love the Talkbox. I play with it on my new album. I just never heard it in African music. It’s something i practiced a lot so i could figure out where to put it in my music. 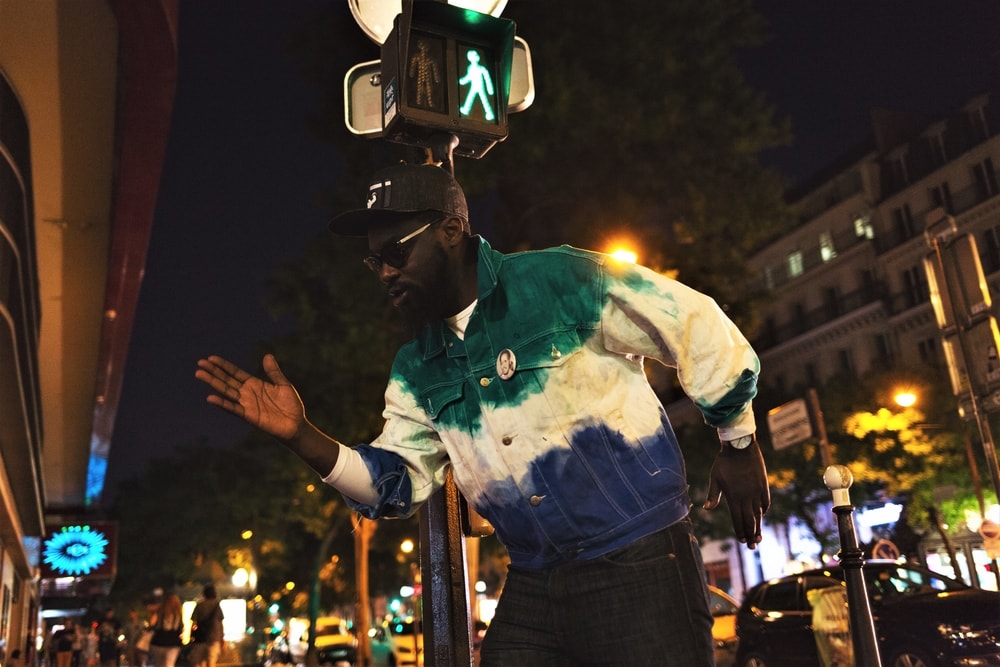 To TED Fellows you said : “sometimes i feel like navigating a path that not many people have passed trough”: can you explain?

With kenyan music we don’t have a strong legacy of musicians who we can build up on. When I was talking about congolese musicians… They had Franco, then they had Werrason and then Fally Ipupa : those different generations build up on what older musicians left. But with kenyan music, there’s not someone you can be like : «oh that’s our Hugh Masekela » in that sense.

We don’t really know the Kenyan music scene here, how would you describe it?

They are so much new fresh kenyan music right now. They are so many different artists who are coming up. Some of them act on my new album. My album was mostly made in Nairobi. I also featured a lot of kenyan musicians in the scene who i really admire. I hope that people will want to discover more because there is so much talent waiting for a chance to show to the world what we do it.

Sage was already on your first EP. Who is she?

Sage is a really good friend of mine. She is one on my favorite singers in Kenya right now. She is very talented and we like working together. She was always in the studio when I recorded the album.

What do you build your music on?

I spend most of my money on buying musical gears and equipment. It’s the first trip i didn’t buy any things.. maybe because I finished my album and I’m just feeling lazy. So I ended up buying shoes… (laugh)

Well, I just want to give myself a little bit more time. But normally I buy a lot of musical equipment, I listen to records, I love to sample, I love to hear how other producers make their stuff. I’m always studying different producers from around the world because there’s always something to learn from other people’s methods.

Each track of your album is an invitation to dance. Is it what you are about : sending good vibes out there?

From my understanding of where the world is right now, we are living in a very strange time. We have crazy presidents who say whatever it is they want to say, and I know there’s been presidents like those in the past, but i feel like as an artist in his generation and in his time. It’s important to spread some good cheer because people are going through a lot of things. If we can do something that makes someone feeling like « oh man, my day was a little bit better because of this » It’s a good thing. 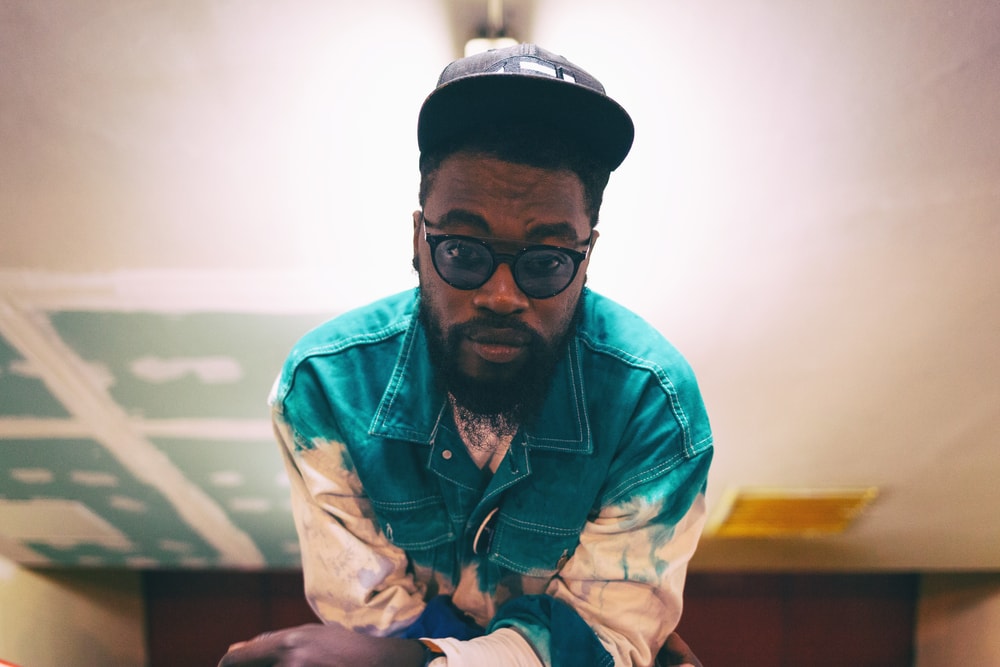 You sing mainly in English but also in swahili. What does Mungu Halili means?

“God doesn’t sleep”. It’s a phrase that is used a lot in Kenya. It means roughly : even if I’m having a lot of trouble in my life, things will get better.

Sampa the great is based in Australia, Petite Noir in South Africa, Nneka in Nigeria. How did the collaborations with these artists happened?

Petite Noir came to Nairobi last year in February to perform at a venue. He came to my studio, wanted to hang out. I played him a bunch of tracks and when I played “Oh Wah” he just went crazy for it.

I met Sampa The Great for the first time last week in London. I reached out to her on twitter and sent her the song. That’s how she’s featured on the project.
Nneka as well… I went to Lagos, I met her, we went to studio together. I’m just a big fan of her, her voice and her stuff. She’s amazing.

And how did you met the American rapper GoldLink? Can you tell us about this new project?

I know someone who is a good friend of him. They gave me the chance to remix his last project, as an executive director. But it’s not out yet. We worked on a bunch of tracks that are really really great but I don’t know if they’ll see the light of day.

Blinky Bill, Everyone’s Just Winging It And Other Fly Tales (Lusafrica/The garden) – listen to it here.

Read next: Sampa The Great: sing it loud and free yourself