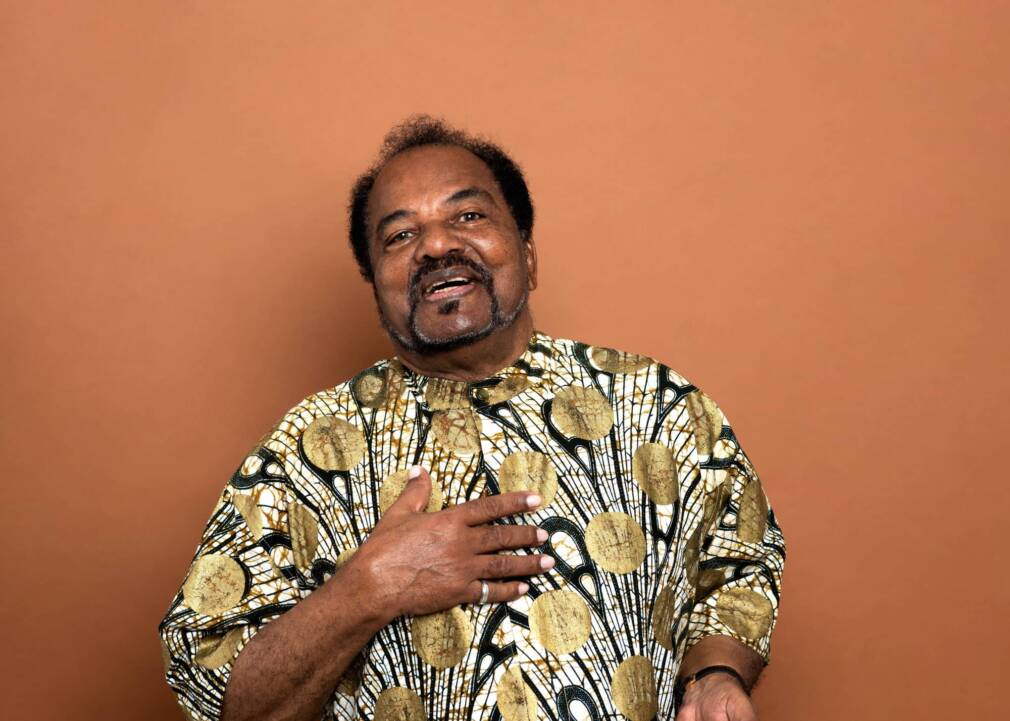 Bonga, the golden voice of Angola, returns from his childhood courtyard

The legendary singer announces a new album with “Ti Zuela”, first single from a project full of memories and tender nostalgia.

The Angolan childhood of José Adelino Barceló de Carvalho alias Bonga, in the mid-1940s, was cradled by three types of education: a colonial version, dominated by the Catholic Church; a street version, which forged his character; and an education in the courtyard of his family’s home in Kipiri, where he forged his social and political conscience and his aptitude for love and revolt. It is precisely to this tender and friendly place that the Angolan legend wants to pay tribute with a new album entitled “Kintal da Banda” (“The Courtyard of the Place”), scheduled for release on the iconic Lusafrica label.

Forever the standard-bearer of semba, the national genre whose legend he partly created, the singer will resurrect the flavors and memories of his childhood in various songs, tackling themes such as gastronomy, the bush, everyday acts of resistance and benefactor solitude. In “Ti Zuela”, the first single from the album, his recognisable raspy voice humorously evokes “the eternal talkers who end up speaking essential truths“.

Yet even today from his Lisbon home, the man remains deeply militant: “I sing back to the negative movement of the planet”, he says. “As long as malicious people – European, African, Chinese… – will lead the world, I will take the microphone to counter them”. A habit, for the man who recorded the revolutionary album Angola 1972 in exile in Rotterdam. However, when he gets angry, it is now with more restraint… “I don’t want to get angry anymore, it’s to the detriment of my health“, he jokes.

Kintal da Banda by Bonga, out on February 18 via Lusafrica.

Listen to “Ti Zuela” in our Songs of the Week playlist on Spotify and Deezer.

Bonga, from the childhood courtyard
Interview