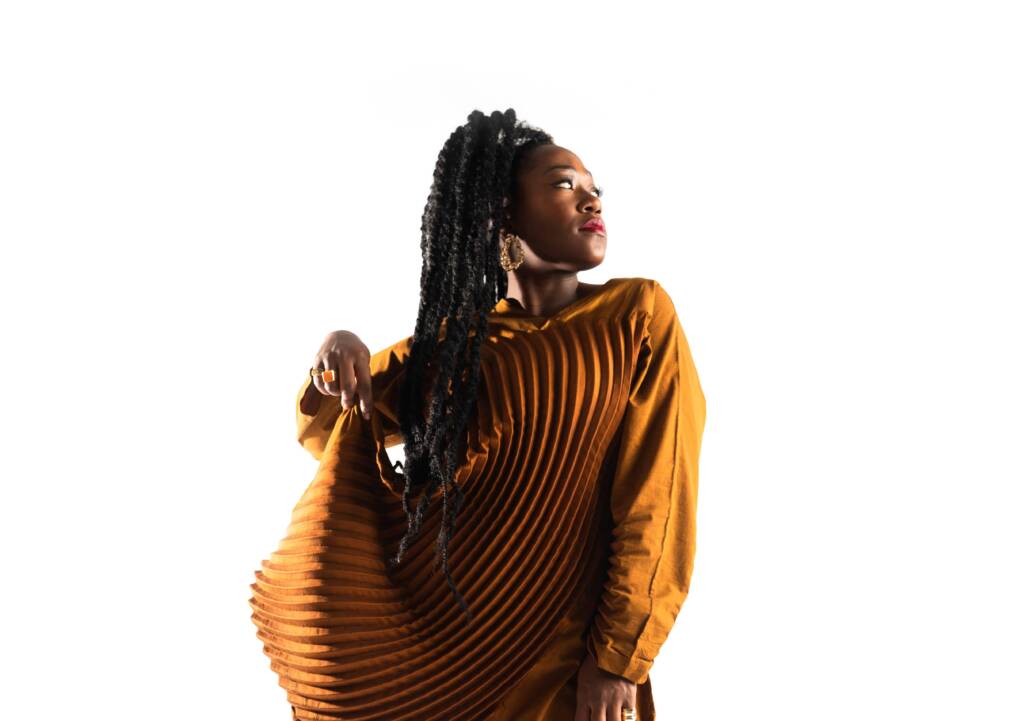 In her spellbinding new track, the Haitian-born Canadian singer delves into the mysteries of the “papess”, the second trump card of the tarot.

After a remarkable COLORS performance in 2021, Mélissa Laveaux is back with “Papessa”, a new track from her upcoming project. “The Papess, the most mysterious arcana of the tarot, hides a secret,” she explains in a press release. “A symbol of prophecy, intuition and wisdom, I see it as a warrior, a female warrior in strategic meditation. A rewriting of an oppressive design by attempting something both impossible and irresistible. The papess falls, from a great height, but she rises again because she answers to no one.”

“Papessa” is the first single from Mama Forgot Her Name Was Miracle, the singer’s fourth studio album. Following the excellent Radyo Siwèl released in 2018, the record promises to be “spiritual, poetic and highly emancipatory“, with a desire to rewrite our models and mythologies “by summoning powerful voices from beyond time, from Audre Lorde to the goddess Lilith […] because to change the legends is to change the present.”

Mélissa Laveaux, of Haitian origin, was born in Montreal and grew up in Ottawa where she found an interest for hip-hop, electronic music and Brazilian songs. “[My parents] had left the island because, when they were students, friends of theirs who were activists were killed“, she told us in a 2018 interview. “My father left first, and then he raised money to sponsor my mother’s trip to join him in Canada”. Her three albums released via No Format! saw her reconnect with her Haitian heritage and blend it with rock and soul influences.

Mama Forgot Her Name Was Miracle by Mélissa Laveaux, out on March 11.

Listen to “Papessa” in our Songs of the Week playlist on Spotify and Deezer.