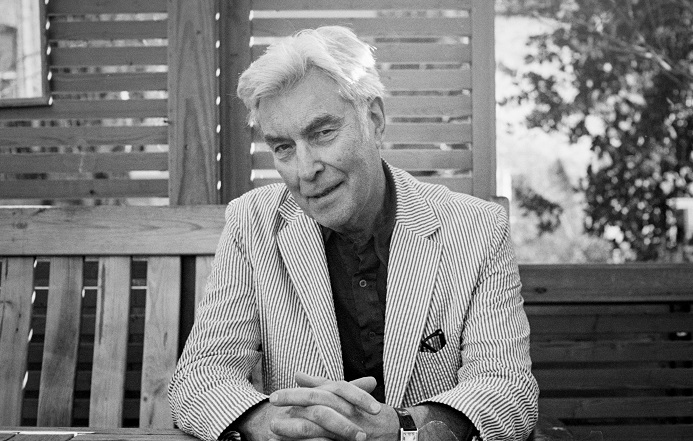 British journalist John Armstrong has selected the best of his curatorial work for the African branch of the BBE imprint. A PAM Club for connoisseurs!

A retired lawyer, John Armstrong is above all a music lover. He was already playing records in London jazz clubs in the late 1970s and is considered one of the first British selectors to organise events focusing on so-called “tropical” music. During a decade-long residency at the Bass Clef Jazz Club, he enchanted patrons with his cutting-edge selections, with no stylistic barriers between Afro, Brazilian, dancehall, soca, zouk and reggae music. In 2008, he wrote and presented Viva Latino , the first programme dedicated to Latin music on the BBC; we are here dealing with a visionary who has produced no less than 200 compilations in 30 years, whether they are dedicated to rockabilly, flamenco, and of course African music and its offshoots. PAM discovered the journalist’s work in 2019, when he embarked on the delicate mission of reissuing part of the Nigerian Tabansi Records catalogue. In addition to giving us a mix of his favourite tracks from his work with BBE Africa, John recounts…

“When I began my curation work on the Tabansi catalogue, I slowly realised that here we had an invaluable contemporary recording of what West Africans of all ages and backgrounds were enjoying in the late 70s and early 80s. There was disco, boogie, highlife, afrobeat, Congolese rumba, juju, afro-reggae, soul, pop hits for the charts, even country – it was all here.

So I was tasked with making sure that our reissue series reflected this reality. I wasn’t so keen on the idea of only reissuing rare, highly sought after and super expensive LPs! I think this approach often gives a misleading picture of the history of music, whether it be African, Latin, Caribbean, European, or North American. After all, the ‘favourite’ records of a given music at a given time are favourites for a reason: they were great records that people liked and bought in large numbers. So you’ll find both the well-known and the lesser-known favourites, the super-rares, the super-chers, etc.

A lot of this music – particularly Nigerian highlife and soukous-flavoured music – has its roots in Igbo culture, a very rich musical heritage that is completely different from the (equally rich) musical expression of Nigerian Yoruba culture. While Fela Kuti, Sunny Ade and others were recording in the Yoruba tradition of the Lagos area, Igbo dance bands and solo artists were in studios in towns like Onitsha, Aba and Owerri, throughout the south-east and delta region, producing music similar to what you will hear in this mix. It is also worth noting that many Ghanaian, Congolese and Central African artists – such as Ebo Taylor and Zorro, both in this mix – made the trip to Tabansi’s studios because they knew they would get a much better product than anywhere else.

I’m also sure that PAM fans will be familiar with the extremely exciting Afro-champeta sound system culture of Caribbean Colombia. Many of the most sought-after tracks among ‘picoteros’ (champeta sound system selectors) are from Igbo highlife guitar bands from the South East, and in particular from the Tabansi label. These are records made for dancing and partying, many of them even renamed in Spanish for the revellers at Colombian carnivals, much in the way that Northern Soul and reggae sound systems did when they hid the titles of their rarest 45s! One of the tragedies of the Biafran war was that many Igbo military band musicians lost their lives in the conflict. As a result, the old-school, brassy Nigerian highlife sound was forced to readapt to guitar-band format highlife music. The genius and adaptability of the Igbo musical talent thus saved the day and found new listeners throughout Latin America and beyond.

I hope you enjoy this mix, which is just the tip of the iceberg of music already reissued and about to be reissued by BBE in the near future.”

Find the various reissues of Tabansi by BBE here.

The Good Samaritans’ cosmic Edo-Funk brought back to life by Analog...
News