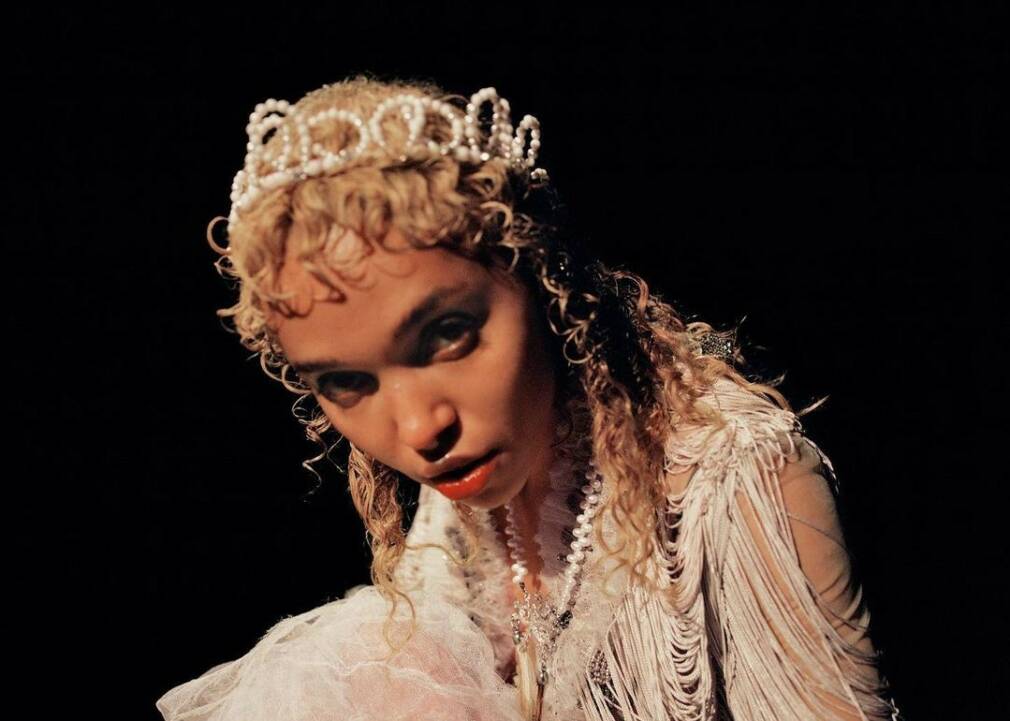 The British-Jamaican multidisciplinary artist makes her come back on the scene after three years of absence alongside Rema, Pa Salieu, Jorja Smith and others.

“CAPRISONGS… it’s bronzer in the sink, alco pop on the side, a cherry lolly, apple juice when ur thirsty, friends in the park, your favourite person, that one sentence somebody said to you that changed everything, a club pre-game, your bestie who is always late but brings the most to the party, meeting a friend at the airport, just togetherness”, FKA twigs explained on her social media. These enigmatic and allegoric words echo the smooth electronic pop and mysterious alternative punk the British-Jamaican artist has been putting out since 2012 and her critically acclaimed EP1, followed by the hugely successful LP1 in 2014. Her artistry is characterized by experimental sounds and multidisciplinary releases, twigs also being involved in dance, acting and video direction. A superstar with 7 million monthly listeners on Spotify, her work has been nominated for several prestigious awards (Grammy, BET, MOBO) and she has already collaborated with internationally renowned artists such as Kanye West, Future and A$AP Rocky.

Following three years of absence after the release of her album MAGDALENE, the artist has unveiled the tracklist and cover art of CAPRISONGS. Spanning over 17 tracks, the project will feature new British rap king Pa Salieu, English artist Shygirl, Nigerian sensation Rema, Jorja Smith, Unknown T, The Weeknd, Daniel Caesar and Dystopia. “Tears In The Club”, featuring The Weeknd, can be heard below.

CAPRISONGS by FKA twigs, out on January 14.

Catching up with Hiribae and Nairobi’s alt scene
Feature