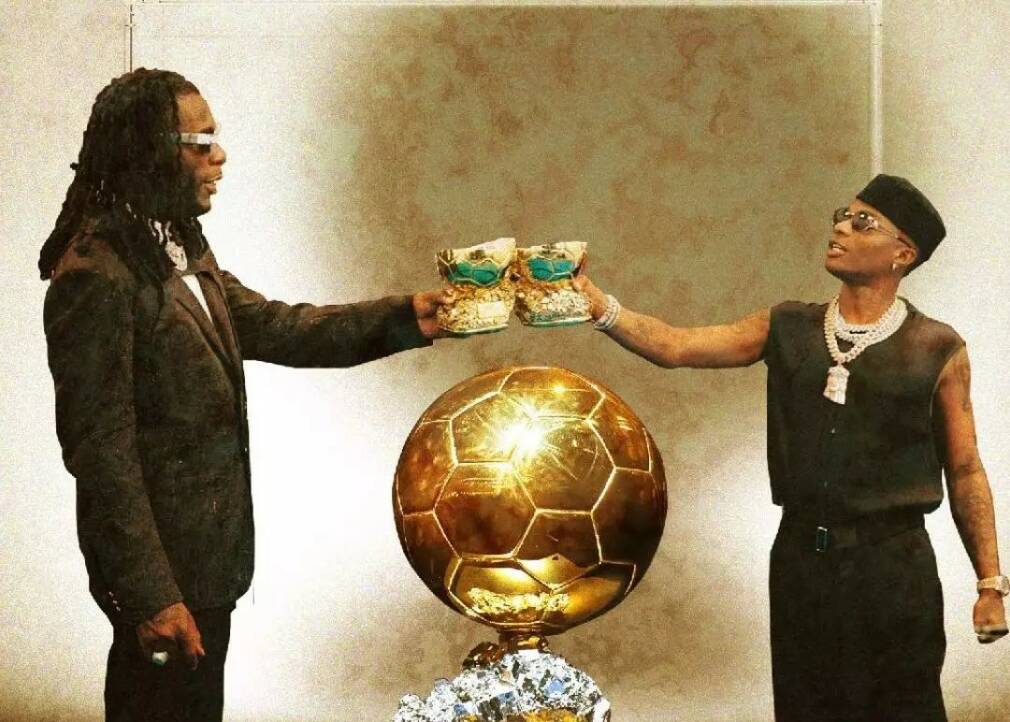 On a new banger, the two Nigerian superstars use football to proclaim themselves the best players in the world.

Made In Lagos, Wizkid’s latest critically acclaimed album, was the occasion for the Nigerian Starboy to finally link up for the first time with “African Giant” Burna Boy on a hugely anticipated track: “Ginger”. Accompanied by a lush video, the track was a huge success, accumulating almost 40 million streams on Spotify. After both winning a Grammy Award, the two superstars are back at it with “B. D’OR”, a new single they teased on stage at Wizkid’s London O2 Arena concert. Produced by Nigerian-British producer P2J, present on Made In Lagos, this banging track is inspired by one of the most prestigious trophies given to professional soccer players: the Ballon D’Or, whose recipient is regarded as the best male football player in the world.

Just in time for the holidays, this upbeat, feel-good sound arrives after Burna Boy announced his history-making debut appearance at Madison Square Garden on April 28, 2022, making him the first Nigerian artist to headline a concert at the iconic venue for his show.

Listen to Burna Boy and Wizkid in our One Dance playlist on Spotify and Deezer.