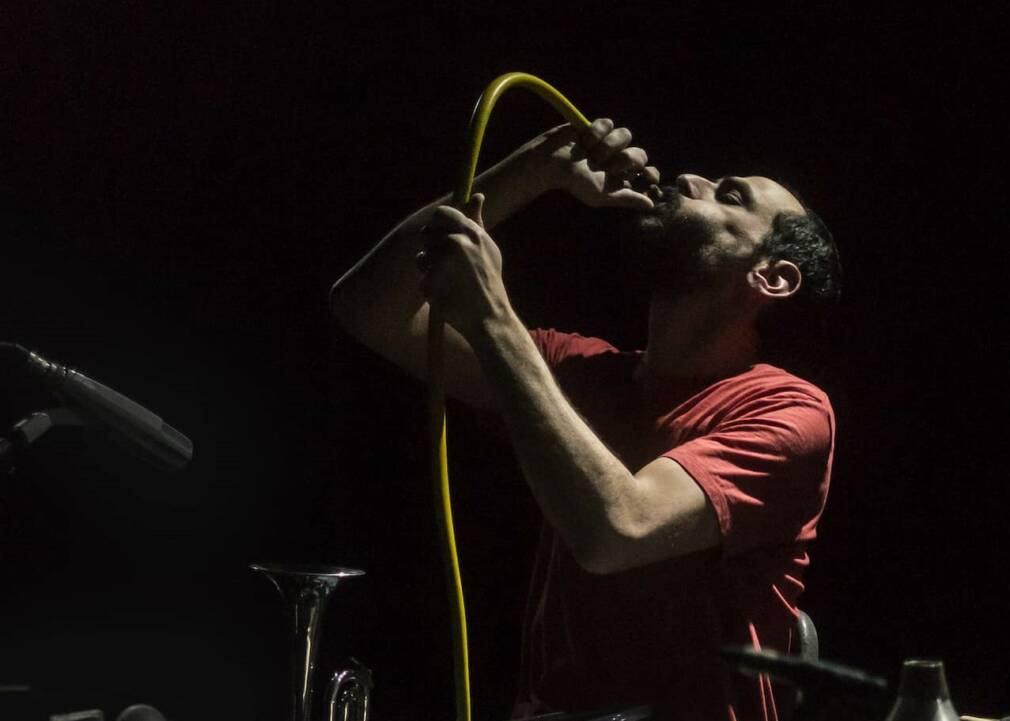 Between music and visual arts, the Berlin artist announces an album in collaboration with the Ugandan Don Zilla, the Jamaican Gavsborg or the Tunisian Deena Abdelwahed.

Morphine Records shares today Deena Abdelwahed and Mazen Kerbaj’s new track “Blue Malediction”. The piece serves as a teaser to Kerbaj’s upcoming album, which will feature Nyege Nyege’s Donzilla Lion, Equiknoxx founder Gavsborg, Palestine’s Muqata’a, and many others. Sampler / Sampled can be seen as two interdependent albums. The first part of the project, Sampler, is a trumpet solo album that catalogues the extended techniques Mazen Kerbaj developed in the past 25 years; it consists of 318 pieces ranging from less than a second to forty seconds each, presenting different sonic materials. The second part of the project is the composition sampled for a musician working with loops.

Beirut-born, Berlin-based Mazen Kerbaj is a comics author, visual artist, musician, trumpet player, and experimental music initiator in Lebanon. His practice is improvisational and performative, visual or sound, and he is behind the Irtijal festival and Al Maslakh label in Lebanon since early 00s.