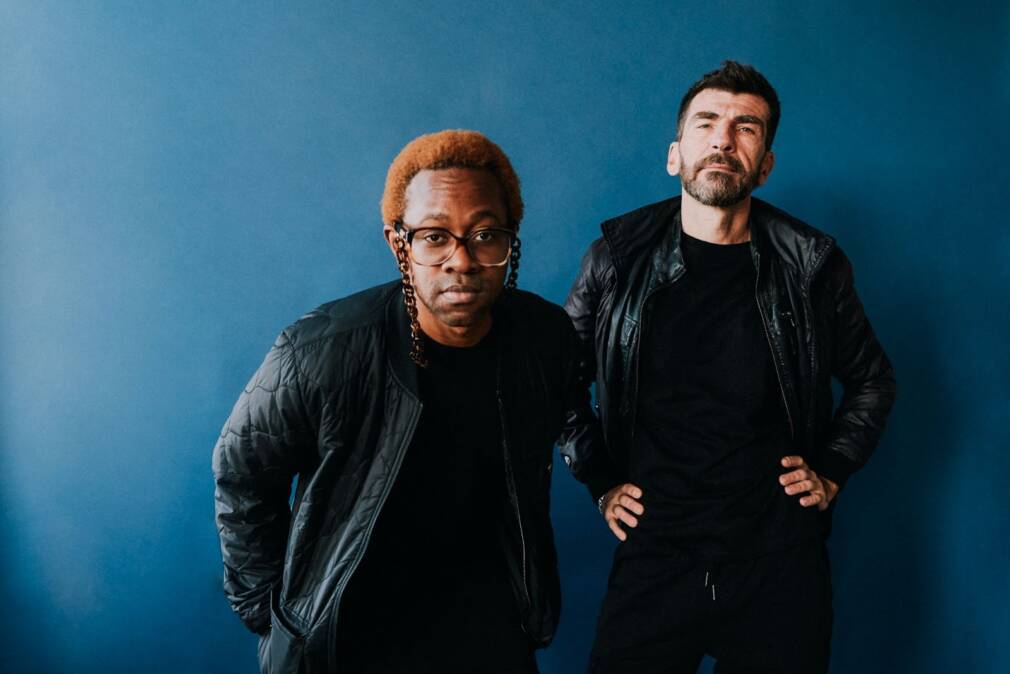 The Mozambican-Canadian pair will drop their first official body of work in February, a project filled with debate and questions of our time.

Sonically, MAGNUM DOPUS will explore “the spaces between South African amapiano’s sophisticated rhythmic foundations, classic house filtering, techno, and those sounds that can only be ascribed to Montreal’s indie scene”. To this guideline, the duo will add its Portuguese vocal melodies, and themes like  identity, influence, modern love, and social norms in the digital world. The track “eBoy”, already available, was born from a palette of beat-driven instruments, serving as a bed for lyrics exploring the depth of passion involved in some of our current major conversations, particularly around activism through technology.

SPRLUA takes its name from the Portuguese “Superlua de Sangue de Lobo” (or Super Blood Wolf Moon in English), a rare lunar eclipse that takes place in the middle of winter. It symbolizes the meeting of two producers, Samito, a singer-songwriter/producer originally from Mozambique, and eclectic beatmaker and music producer Haig V. Their collaboration over the past two years has been “driven by a common desire to explore creative ideas outside conventional music frameworks”.

MAGNUM DOPUS by SPRLUA, out on February 25th via FEZIHAUS.