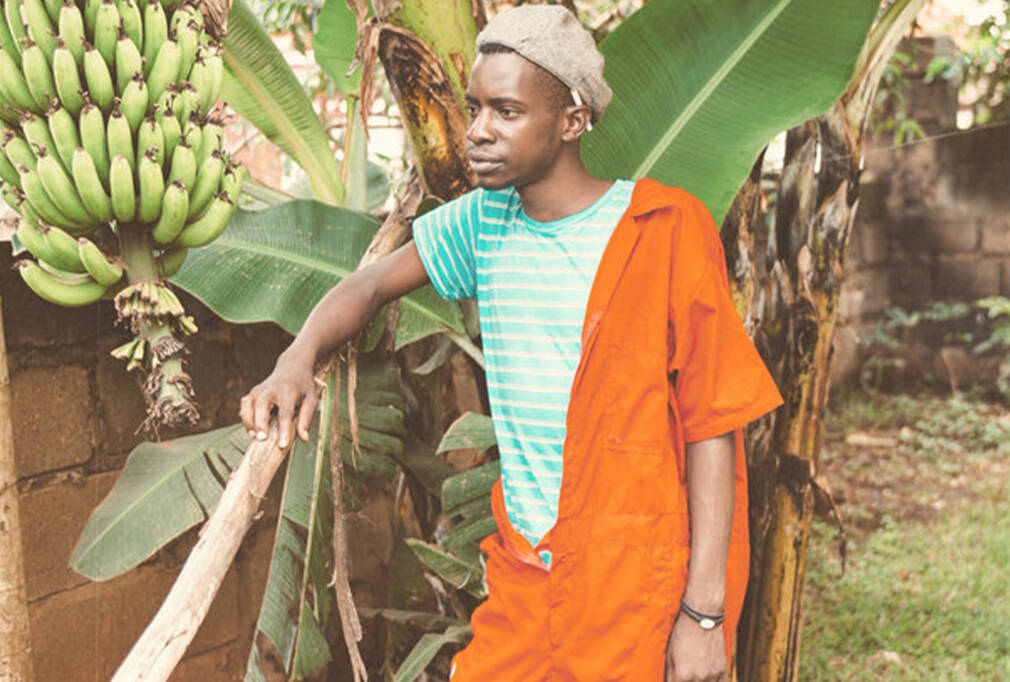 After an extremely complicated period, Swordman Kitala joins forces with Moganjah to mark his return to the Kampala underground scene. Listen to “Back in di Yard” exclusively on PAM.

In June 2020, British label Blip Discs released a remix EP on Bandcamp, calling on fans to help Swordman Kitala, who had suffered a massive stroke. Indeed, shortly after his first release on the label, the Ugandan MC caught a typhoid infection, which spread to his brain and put him in a deep coma for two months. After coming back from hell, the survivor underwent a long treatment punctuated by physiotherapy to try to get back on track, driven by the desire to start singing again.

Fortunately, the ending of 2021 brings great news: Swordman Kitala is officially “Back in di Yard”, in other words, back in the game! “I feel so good to be back, and it’s thanks to Emiliano, who helped me come back“, he says, referring to his guardian angel Emiliano Motta aka Moganjah. With one foot in Mexico and the other in Uganda or Congo, Emiliano is the producer behind the Makabila Umoja label, which recently offered us the Pambulo EP. With the complicity of Acholi master Leo Palayeng, he propels local musicians and MCs into a modern but still underground electronic dimension.

“This track is about how I feel about people telling me I should get out of the game,” says Swordman. “The message is that no one can stop you from doing what you love, as long as you feel you can“. Composed in Mexico City in May 2021 and finished in Kampala, “Back in di Yard” mixes the power of Kitala’s flow, which has lost none of its flamboyance, with the electronic compositions of Moganjah, who relies on the playing of Spyda, former drummer of Nihiloxica who plays the engalabi, a long cylindrical drum from Central Africa. highly percussive, “Back in di Yard” marks the resurrection of an important player in contemporary African music!

The track will be available on December 16 on Bandcamp.