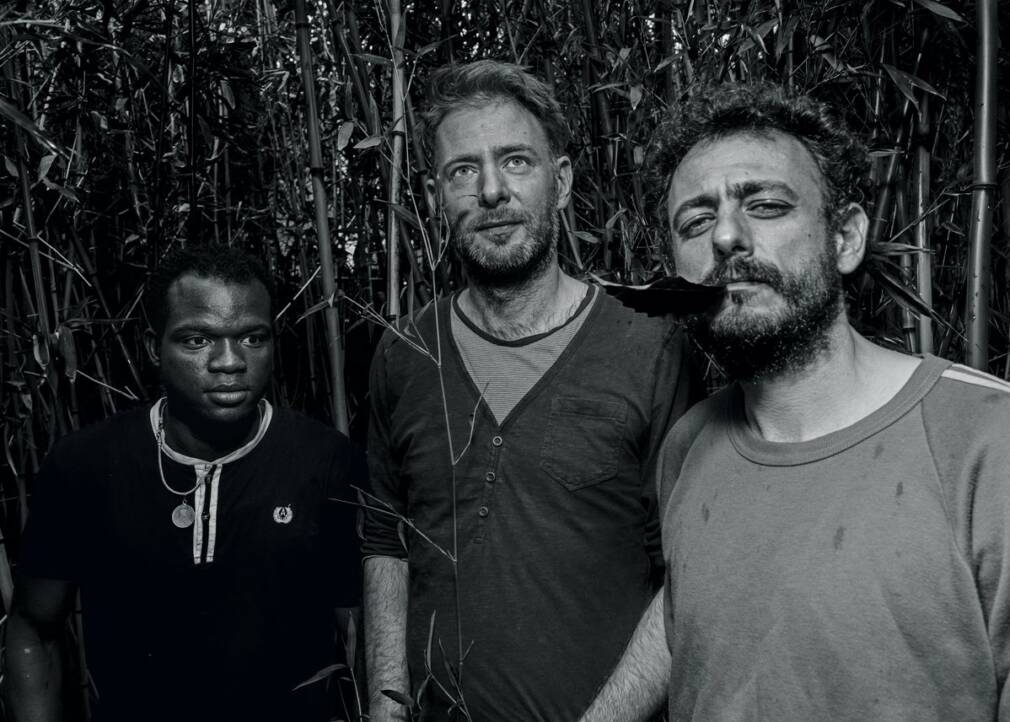 Avalanche Kaito is the meeting between Kaito Winse, a Burkinabe urban griot, vocalist and multi-instrumentalist, and a Belgium noise punk duo composed of drummer Benjamin Chaval and guitarist Nico Gitto. The band describes their music as “the sound of the world as it truly is; an unruly and unforgettable sonic explosion created by the intersection of wayward travellers.”

The trio has recently unveiled “Le repas du cobra” (“the cobra’s meal”), an experimental track with a particularly heavy atmosphere. “Kaito got in front of the mic and recorded a long vocal in one improvised take, over an abstract electronic base”, the band explains. “Benjamin then played with the material of Kaito’s voice in many ways, as if Kaito had been singing in a distorted ice palace. The text is about the wisdom of animals, and therefore probably about ours too. The unexpected moral is that you should not step on a blind man’s testicles twice.”

“Le repas du cobra” is part of Avalanche Kaito’s four-song digital EP Dabalomuni, the group’s opening salvo. Their self-titled full-length album will be released via Glitterbeat Records in June of 2022.

Dabalomuni by Avalanche Cobra, out on January 21, 2022 via Glitterbeat Records.