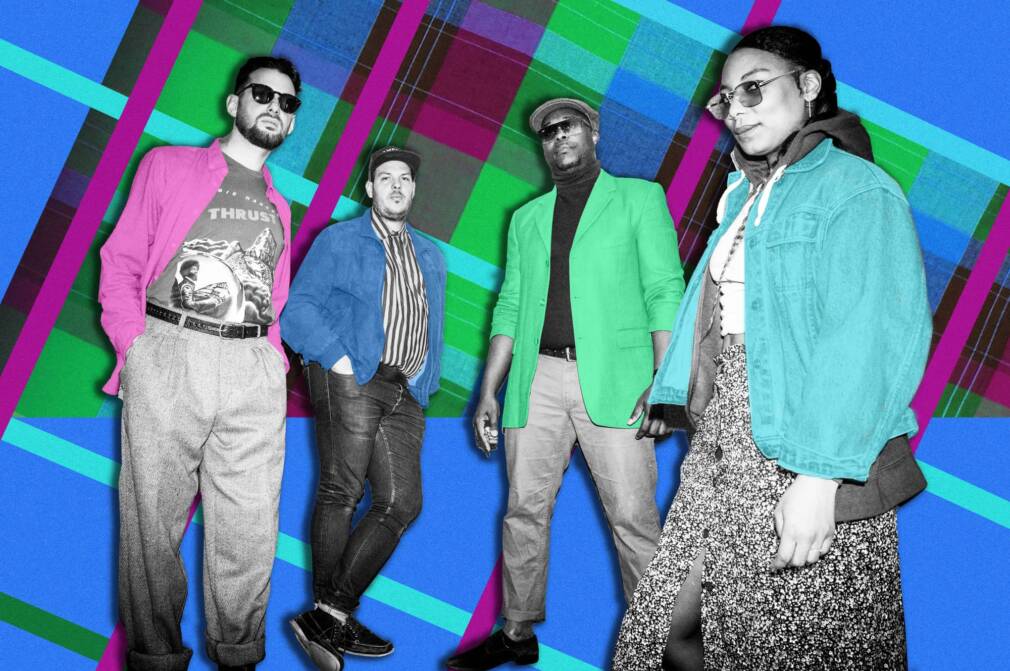 The French band keeps on spreading love with a project that will blend Afro-Caribbean grooves with Creole jazz and future-funk.

“To make the language of our roots, that of the country in which we live, and that of the globalized culture cohabit to embody the cultural hybrid that we are” has been French group Dowdelin’s goal since 2018, year of their debut Carnaval Odyssey release. Co-founded by multi-instrumentalist David Kiledjian, Lyon-based singer-songwriter of Martinique origin Olivya Victorin, French-Guadalopean drummer, saxophonist and bandleader Raphaël Philibert and Greg Boudras, the band has already released two projects with their 2019 EP Poul Wélélé, drawing inspiration from modern jazz and alt-pop with an omnipresent Creole twist.

Their upcoming album Lanmou Lanmou will pulse Afro-Caribbean polyrhythms with Creole jazz and future-funk grooves, representing the “possibility of hearing the same melodies in traditional African music, as we do in music from the west today”. The single “Simé Love” and “On Nou Alé”, already available, exemplify well the direction the band is taking, with the importance of love as a central theme – in Creole French, “Simé Love” stands for “spread love” and “Lanmou Lanmou” translates to “Love Love”.

“Touring, performing live really shaped the sound of Lanmou Lanmou.” explains David Kiledjian. “The first album, we were still figuring out our sound but here, everybody in the band understood their role and the kind of music we’re dealing with. I think that is what made this record more alive, organic and danceable. If we had to keep only one label, it would be Afro-futurism (Creole) because the term refers as much to Coltrane, Herbie Hancock as to Georges Clinton, Sly Stone, Kassav, Outkast, Derrick May or Flying Lotus.”

Lanmou Lanmou by Dowdelin, out on January 28 via Underdog Records.