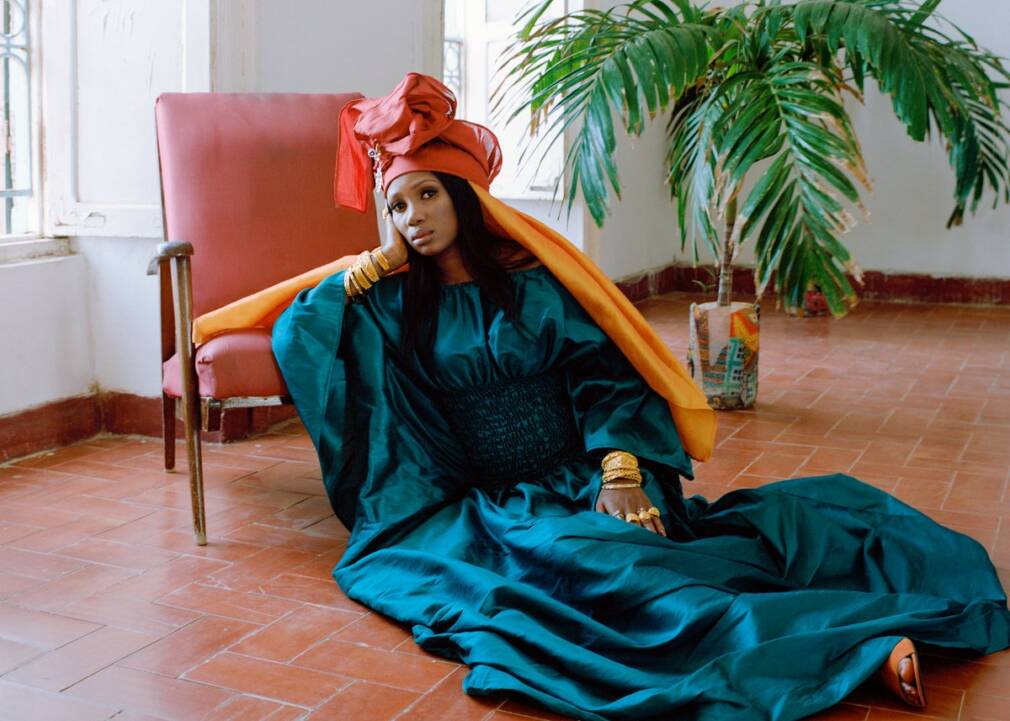 The “Rose of Bamako” continues to drop visuals for her new project including “N’yanyan” and “Kurunba”.

Rokia Koné’s musical journey began in the courtyard of her childhood home in Dioro, cradle of the Mande empire. “I used to sing mostly my grandmother’s songs,” she says. “On both sides of my family my aunts and uncles were also singers: I was always surrounded by music”. The young Rokia then moved to Bamako and became a backing singer for Alia Coulibaly, one of Mali’s biggest stars. In 2016, she joined the female supergroup Les Amazones d’Afrique, giving her the opportunity to make her debut on the international scene.

Building on this success, she recently chose to team up with rock producer Jacknife Lee, known for his collaborations with U2, R.E.M, The Killers, and a Grammy for his work with Taylor Swift. For the album BAMANAN, Jacknife illuminates the stark beauty of Rokia’s voice, making the singer’s melismatic improvisations audible. At the heart of the project is a tribute to the Bambara people of southern Mali, their language, culture, and practices.

The single “N’yanyan” was recorded in Bamako on 18 August 2020, the night of the coup d’état that marked the beginning of a new period of instability for Mali which had been troubled by severe political upheaval for almost a decade. In one take, Rokia Koné delivered an intense vocal performance, just before electricity was cut off and curfew imposed on the city. “N’yanyan’ is based on a very old song sung by our ancestors, acknowledging our limitations and mortality. I sing it for all human beings, to tell them that we are halfway there and that it will all end one day,” she says. The video was directed by Senegalese filmmaker Joseph Gaï Ramaka, at his home on the island of Gorée in Senegal.

The duo’s latest single “Kurumba”denounces the maltreatment of women in patriarchal society after raising and sending off their children. “Kurunba tells the story of a special woman who was freed from her isolation,” explains Rokia. “And on her daughter’s wedding day, when she sang this song the people who had tried to lock her up turned into dogs and flies. It’s like a kind of curse.” The song is accompanied by a music video directed by Zambian choreographer and dancer Kennedy Junior Muntanga. The video was shot in a London club and the energy of the dancers matches perfectly with the contagious rythmes of the single.

Listen to “Kurumba” in our afro+club playlist.

BAMANAN by Rokia Koné and Jacknife Lee, out on February 18 via Real World Records.

Montparnasse Musique releases “Panter,” a video shot in the streets on...
News