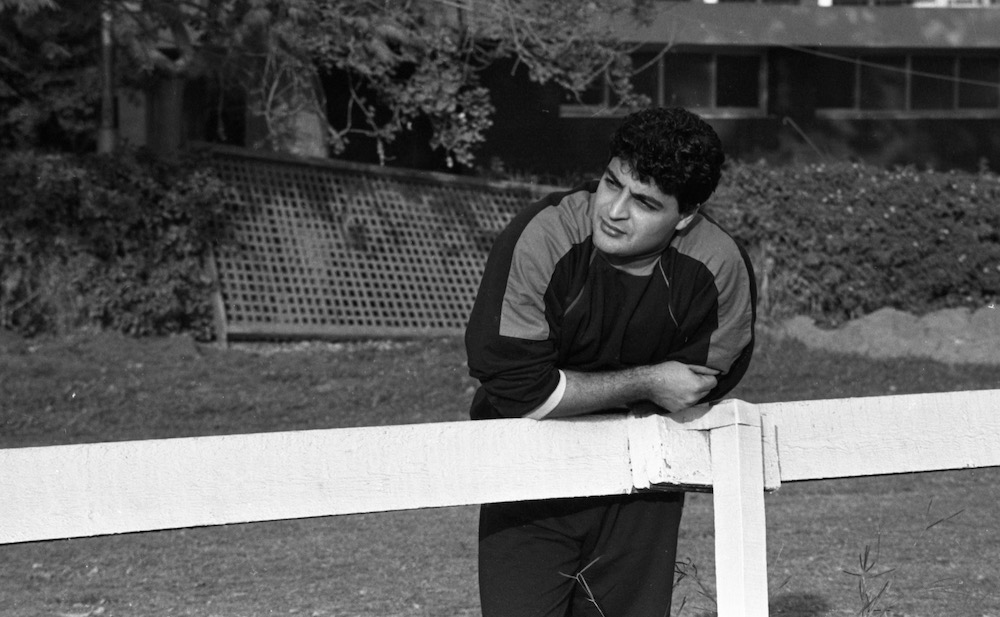 The German label will be reissuing ten tracks from the singer, recorded under the legendary Egyptian SLAM! imprint.

Habibi Funk met Hamid Al Shaeri through singer Youssra El Hawary in 2016 at his office and rehearsal studio in the outskirts of Cairo. The team insisted on connecting with him after hearing his songs from the early 1980s, composed at a time when he had just left Libya to pursue his career in Egypt via a detour in London, where he recorded his first album. “He liked the idea of an effort to amplify his early works again, which, when originally released, were far from an economic success”, the team recalls. “While he was down to assist with an interview and his blessing for the project he also told us that for any license we needed to speak with the original label SLAM! who released these songs, still held the rights and also remained in business over the decades though they didn’t actively release any new music.”

Indeed, by the mid-1980s, Hamid El Shaeri was one of SLAM!’s key artists. Hany Sabet had started the record label in the early 1980s and focused on cassette tape releases, the format that expedited the success of a new generation of record labels in Egypt. SLAM! quickly became one of the most successful and economically dominant record labels in Egypt, with El Shaeri recording alongside Mohamed Mounir, Hanan, Hakim, Mustafa Amar and many more.

The result of this collaboration is the compilation Habibi Funk 018: The SLAM! Years (1983 – 1988), scheduled for release on February 25th, dedicated to Hamid El Shaeri’s work on SLAM!. Three songs are already available: “Maktoub Aleina”, “Reet” and “Ayonha”, which holds a special place in the heart of the Habibi Funk team: “If you were to ask us for a defining Habibi Funk track, there are a few that come to mind […]. However, none are as widely connected with us at this point as Hamid Al Shaeri’s ‘Ayonha’.”