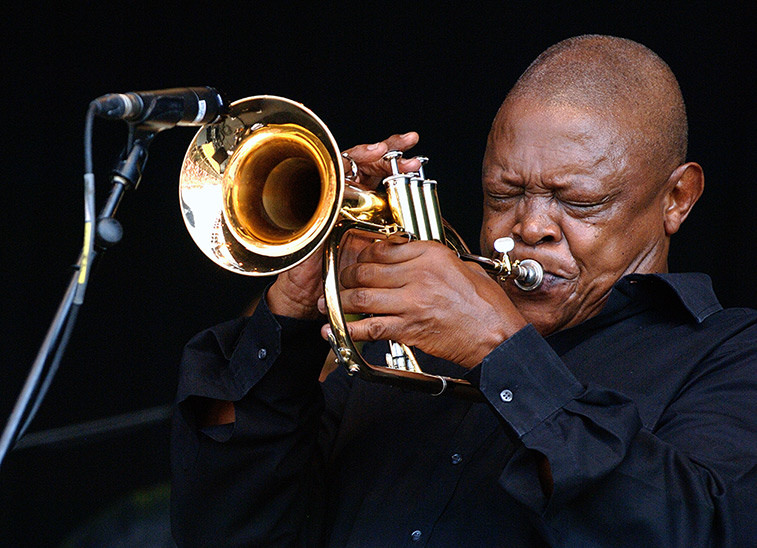 The Hugh Masekela Heritage Festival, a tribute to ‘Bra Hugh’

The Hugh Masekela Heritage Foundation and Assupol will celebrate the musician’s legacy with an online festival this Sunday, on the 4th anniversary of his passing. Long live Bra Hugh!

January 23rd, 2022 will mark the 4th anniversary of Hugh Masekela’s passing. Throughout his more than 60 year career, the man has risen to a legendary status, marking deeply the landscape of South African music and global jazz. Four years after his disappearance, his anti-apartheid militant songs as much as his mainstream intergenerational hits remain in our minds, and will continue to be transmitted for many years to come. To remember and celebrate Bra Hugh, his foundation is organizing a music festival, under the theme “Looking Ahead…And What We Bring With Us”.

“It seemed appropriate, in keeping with the tremendous creative energy that marked his phenomenal life, that we celebrate Hugh’s passing with some spark, some echo of that incomparable creative spirit of collaboration, tradition, innovation, heritage, music and laughter”, says Mabusha Masekela, Bra Hugh’ nephew and festival co-organizer.

“My biggest obsession is to show Africans, and the world, who the people of Africa really are”, Bra Hugh once said. This Sunday at 8pm on Skyroom, the Hugh Masekela Heritage Festival will try to live up to that obsession. To celebrate the trumpetist’s incredible legacy, the audience will be treated to performances by Msaki, Langa Mavuso, Mandisi Dyantyis, Berita, Muneyi, Gcina Mhlophe and Tsogang Bana Dance Group, as well as tributes to two of Bra Hugh’s close collaborators Sibongile Khumalo, with Ayanda Khumalo, and Tsepo Tshola, with Mandla Ntlaks.