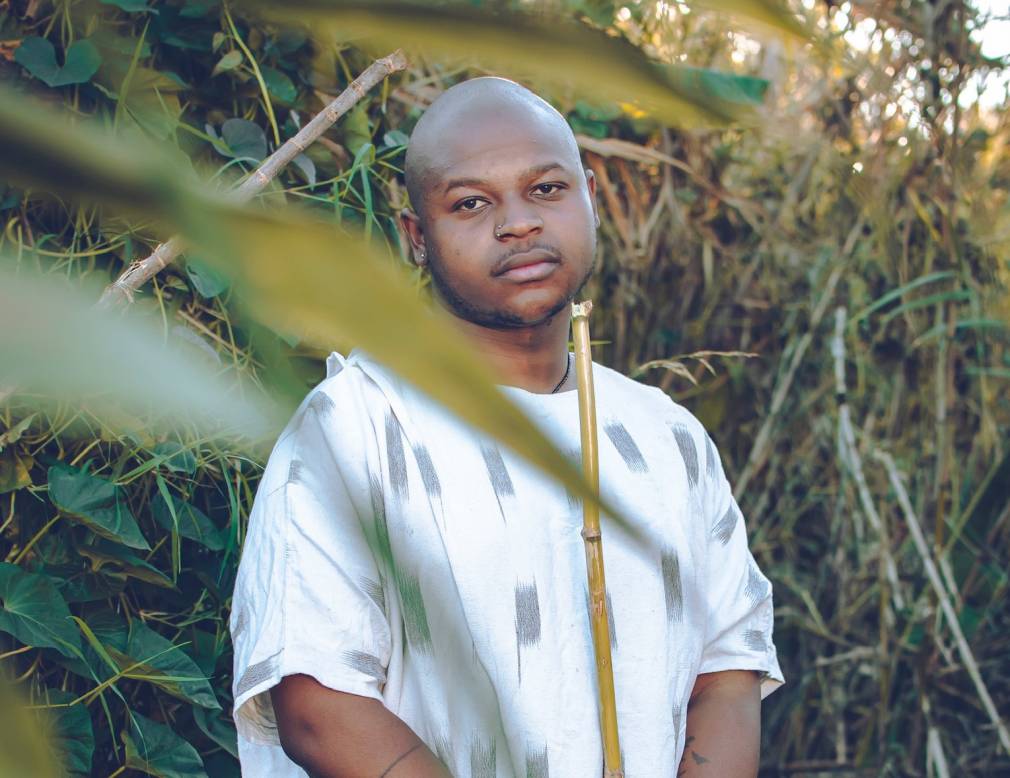 The South African Venda-Folk singer unveils his first official body of work, inspired by a healing experience and a meeting with the gods.

Makhulu is a music project, but could also be seen as a well-written tale of an inspiring story. Indeed, the album is actually a full round journey that leaves you pondering on the meaning of life. And if life is at the centre of this sonic journey, it is because it has been inspired by one particular life: the one of Muneyi’s grandmother. In the opening song “Makhulu” for example, meaning grandmother in Tshivenda (South African language spoken in the Limpopo province), the artist sings about life values from his grandmother’s perspective. “From a young age, my grandmother has always instilled values of hard work, discipline and to always go for what I want”, the singer tells us. The subtle lyrics are accompanied by harmonizing saxophone, electric guitar and bass guitar from some of South Africa’s top instrumentalists. The song slows down to a beautiful bridge that almost feels like a breeze of fresh air, in which Muneyi emphasises show we should draw from the wisdom of our elders as they know better.

The song “Makhulu” elegantly summarises the full body of work, setting the tone for the other tracks. The rest of the album slows down and mellows into a rich lyrical and musical abyss, transmitting different emotions. Pain is one of them, starting from the deeply significant cover of the album, portraying a South African pass, a document that black people had to carry to move freely during apartheid. But healing is also present. “Ndo Mu Wana” (“I have found him/her”) for example, is a magnificent song about love and destiny. “Mbidzo” is also a hopeful track about spiritual callings, that Muneyi describes by saying: “we all need the healing!”. The song features Zoë Modiga, another prominent actor of the lively South African indie scene.

“My grandmother made all this possible, by existing as a powerful force”, the singer says on his social media. Force was indeed needed to produce this album, which is the result of a journey that started two years ago with the single “Lufuno” and went on with crowdfunding, live concerts and Afropunk Battle of the Bands competitions. But Makhulu is not only an ode to grandmothers. With this project, Muneyi hopes to connect, heal and inspire with his sound, deeply rooted in old Tshivenda folktales and modern sounds. Even if inspired by a specific period, we have no doubts “Makhulu” will be timeless.

Makhulu available on all platforms.

Listen to Muneyi in our Songs of the Week playlist on Spotify and Deezer.