Pierre Sandwidi, the troubadour from the bush 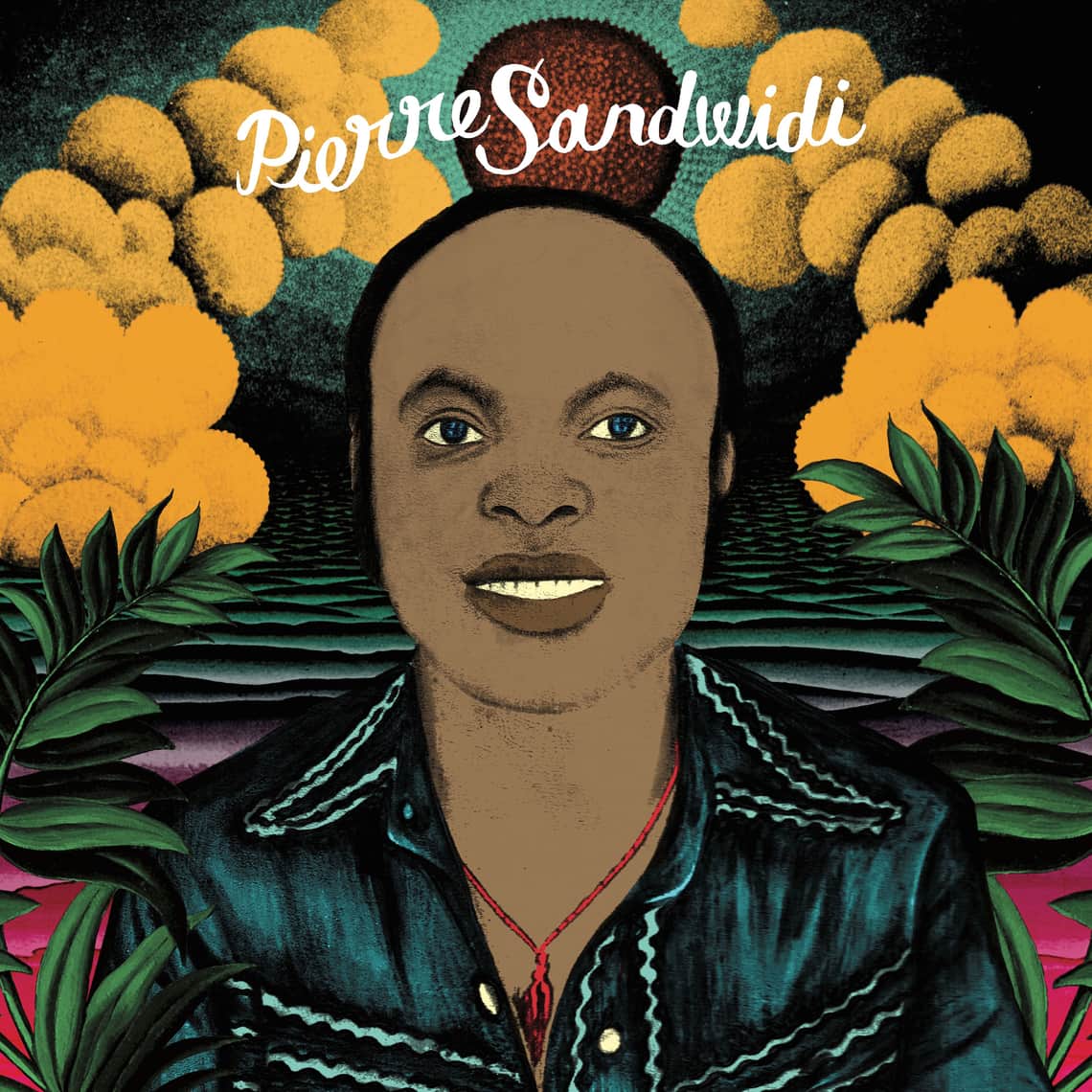 Born in 1947 in Boulsa, a small village in central Upper Volta, Pierre Sandwidi studied at the Zinda Kaboré high school in Ouaga in the early 60s.

Popular music that sprung up from Burkina Faso owed much to the music from neighboring countries like Mali, Ghana, Ivory Coast or Benin, and to the longing for “cultural authenticity” conveyed through Guinean music. In capital city Ouagadougou, as well as in Bobo-Dioulasso (Burkina’s cultural capital until the 1980s), the first two decades of independence saw the upcoming of such orchestras and artists as Amadou Balaké, Georges Ouedraogo, Volta Jazz, l’Harmonie Voltaïque, Les Imbattables Léopards, Abdoulaye Cissé, Tidiane Coulibaly or Pierre Sandwidi.

Nicknamed “the troubadour from the bush”, Pierre Sandwidi stands as one of the finest Voltaic artists from the 1970s. He belonged to an unsung elite of Francophone artists such as Francis Bebey, G.G. Vickey, Amédée Pierre, André-Marie Tala, Pierre Tchana or Mamo Lagbema. His entire released output consists of less than ten 7 inches, two LPs and a bunch of cassettes. A man from the provinces, he always favored social engagement and carefully crafted lyrics over instant fame. His words and music challenged General Lamizana’s dreary presidency, which ruled the country from 1966 to 1980.

Along with his friends Jean-Bernard Samboué, Abdoulaye Cissé, Oger Kaboré, Joseph Salambéré or Richard Seydou Traoré, he was part of the “vedettes en herbe” movement. Their songs were played on the national radio before even getting the chance to be released on a single, recorded live in the studio – a straightforward technique favored by most Voltaic musicians over the decade.

In 1970, Pierre Sandwidi traveled across the country, working for the state and learning much from the Upper Volta’s many cultures and history. Involved in trade unions, he followed his own musical path. He observed changes at stake in his native country. In 1971, he won the first prize in the ‘modern singers’ category of a national competition. He also joined as a guitar player the National Ballet of Upper Volta, modeled after Guinea’s “African Ballets”. With them, he traveled to Niger, Ivory Coast and Benin, before visiting Canada in 1973.

Back home, he met Bobo-Dioulasso cultural entrepreneur and Volta Jazz boss Idrissa Koné, who offered him to record a few songs for his own imprint, Disques Paysans Noirs. Sandwidi then delivered Lucie, a romantic song in the classic mandingo vein (‘diarabi’ or ‘love song’), while combining Afro-Cuban influences (by way of Congo) with French songs. He only had his bicycle and a guitar to conquer his young love, while others drove cars or rode motorbikes. Penniless but full of love, he walked in the steps of both Abdoulaye Cissé’s L’homme à la guitare and Amadou Balaké’s Bar Konon Mousso.

As a trade unionist and a member of the African Independence Party, he opposed General Lamizana’s politics, denouncing the lack of morality and the corrupted new administration in Ouagadougou, while praising the virtues of the working class and the wisdom of farmers. In 1975, Pierre Sandwidi recorded two more singles at the Maison du Peuple for CVD (Compagnie Voltaïque du Disque). Using an Akai recorder as a soundboard, he was backed by Super Volta’s mighty guitar player Désiré Traoré. In spite of such a raw recording environment, his mature voice revealed new harmonic possibilities.

In 1976, he recorded 3 more 45s with L’Harmonie Voltaïque as a backing band. Tond yabramba (“Our ancestors”) was the peak of this fruitful collaboration. A sinuous organ allowed Sandwidi to reach new heights, with a stunning melody that became instantly familiar. Recounting his country’s chaotic history, it stood as one of the continent’s best political songs. A true lesson of history, this song has been played enough on the radio to gain cult status.

In 1977, he delivered the amazing Yamb ney capitale (“You and your capital”), one of his best songs, with masterful guitar by Super Volta’s Désiré Traoré. Once again, he fought against ailing morality and rising individualism in the country’s capital. Sandwidi praised the virtues of country dwellers, enhanced by Ghanaian lo-fi keyboards wiz Father Ben. The b-side Mam ti fou is another instant classic, dealing with the loss of identity and an ever-increasing race for profit. This single sold over 3,000 copies, a true achievement in one of the world’s most destitute countries.

In 1979, while in Abidjan, Pierre Sandwidi recorded his first full length LP with the help of Voltaic Prince Edouard Ouedraogo. It confronted once again his country’s true state of affairs. He launched his own ‘callao’ dance, as a homage to this Sahelian bird that bounces instead of walking.

During the Sankara years (1983-1987), Sandwidi took part in the cultural animation of his neighborhood as a militant of the mighty CDR (Comité de Défense de la Révolution). After Sankara’s fall in 1987, Sandwidi distanced himself from politics, focusing on writing new songs and plays. In 1995, he delivered his last piece of music: Cousin Halidou, released through Moussa Kaboré’s Bazaar Music. Being of fragile health, Pierre Sandwidi passed away in 1998, leaving a beloved and dedicated family behind.

His funeral had a national echo, while new generations are slowly rediscovering a great body of work. Sandwidi used to tell his family that one day, some interest would come from abroad regarding his artistic legacy. Twenty years after he died, this compilation stands as a vibrant tribute to one of West Africa’s most outstanding and adamant artist. 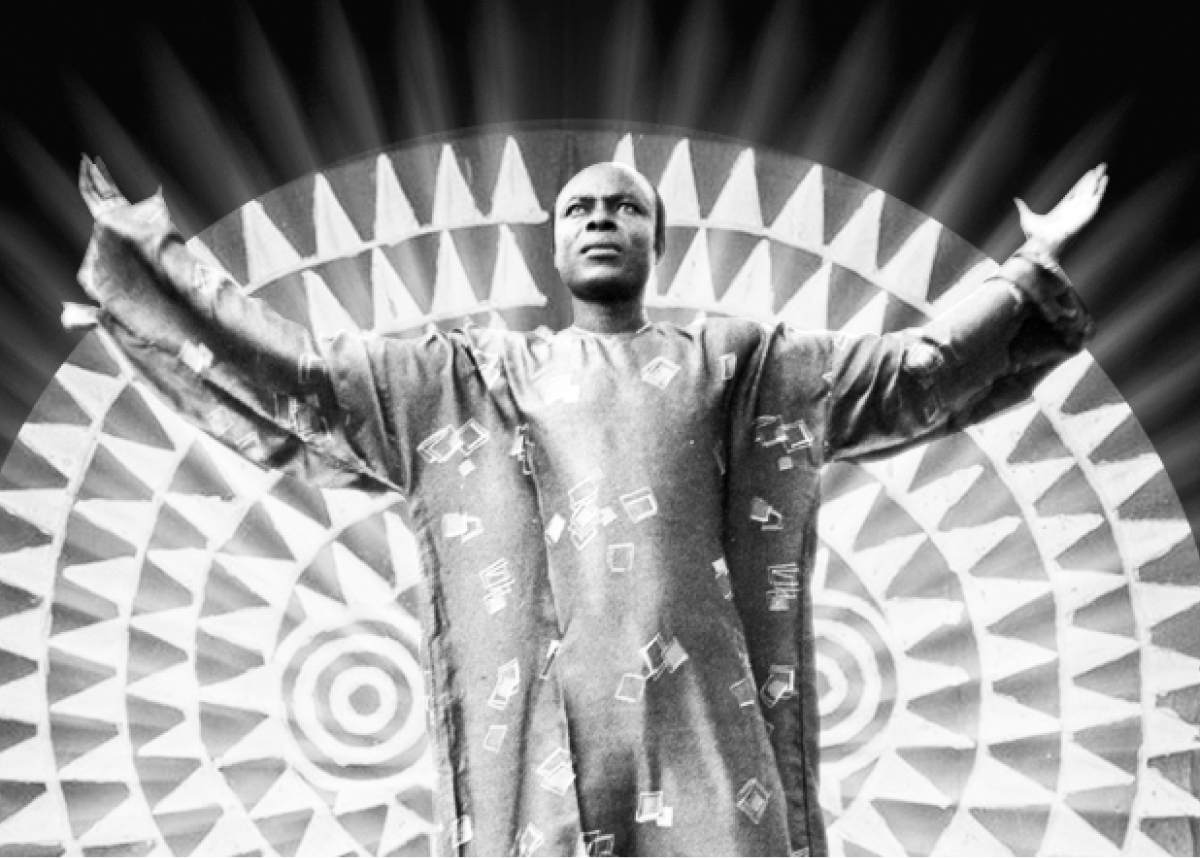 Cannibale is back with Life is Dead
News