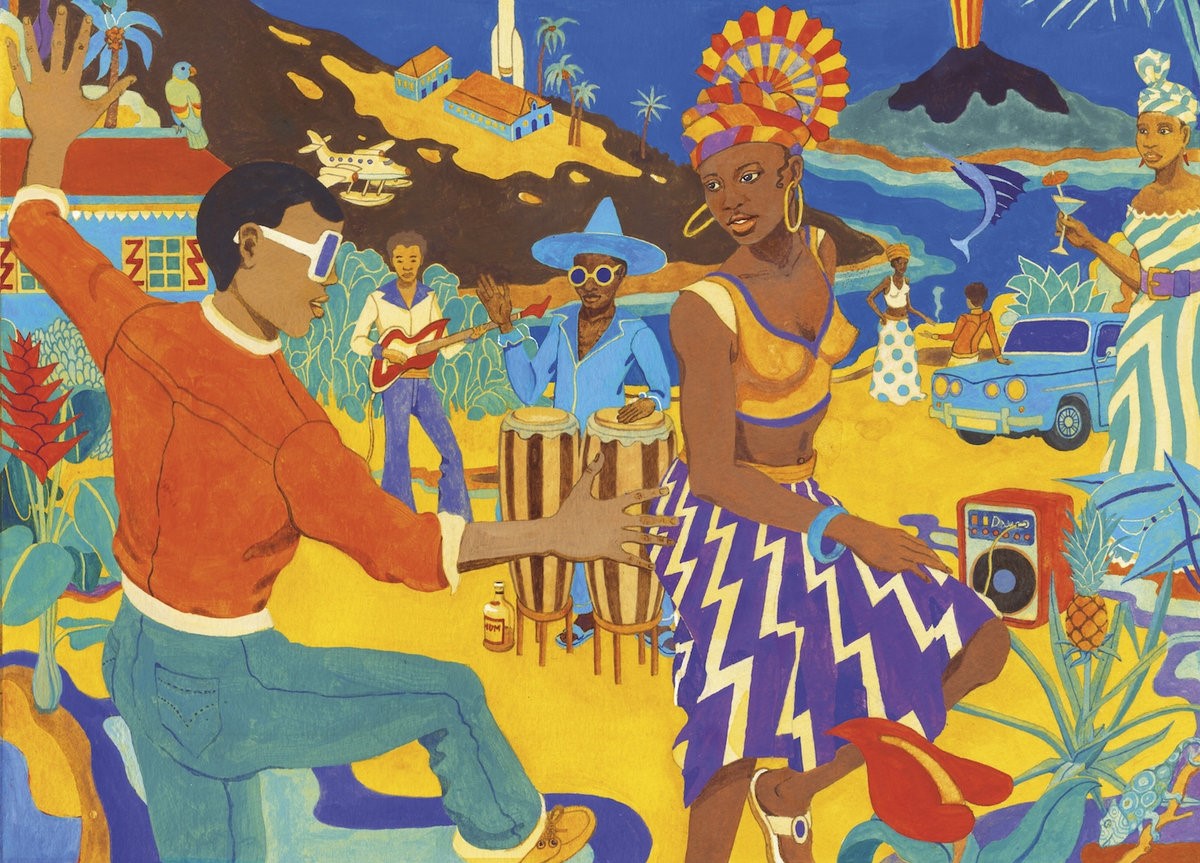 The title reads “Boo-boo-galoo” and not “boogaloo”, rightly so: indeed, except for Ry-Co Jazz, Vikings and Fred Aucagos‘ compositions, the 13 tracks of the compilation are not proper Nuyorican boogaloos. This genre was invented by the Puerto Rican diaspora based in New York’s Harlem and Bronx – hence the portmanteau term “NuyoRican” – and was a major influence on the French West Indies musicians in the 1960s. The music left the bay of the US big city and flooded the shores of the Caribbean sea at the end of the decade. Boogaloo is a founding component of Puerto Ricans’ identity, when the migrants were confronted with heavy ethnic and social stigmatization. Mixing afro rhythm’n’blues and latin rhythms like mambo, pachanga and cha-cha-cha, it soon became very popular in the minority and low-income neighborhoods. “Everybody loves to cha-cha-cha”, sang African-American artist Sam Cooke as early as 1959 !

Once landed in the French West Indies (“Antilles”), boogaloo sounds smoothly integrated the local music framework, that resembled a deep and complex syncretic crucible and still constitutes the core of Antilles’ creole culture. At that time, the trendy local music genres eagerly fused with new sounds, especially through the almost State-forced migration – some might say “exile” – to Metropolitan France (this program called BUMIDOM started in 1963), but also through the voluntary departures of students to Parisian universities, when there was no strong and complete academic institution in Antilles (this is the case of Fred Aucagos, featured on this comp). Rock, new jazz and Parisian yé-yé met gwoka, bèlè, tumbélé, quadrille, mazurka and biguine – the latter being the star of the music and dances of that era. Hence the favorable reception of boogaloo in these territories. 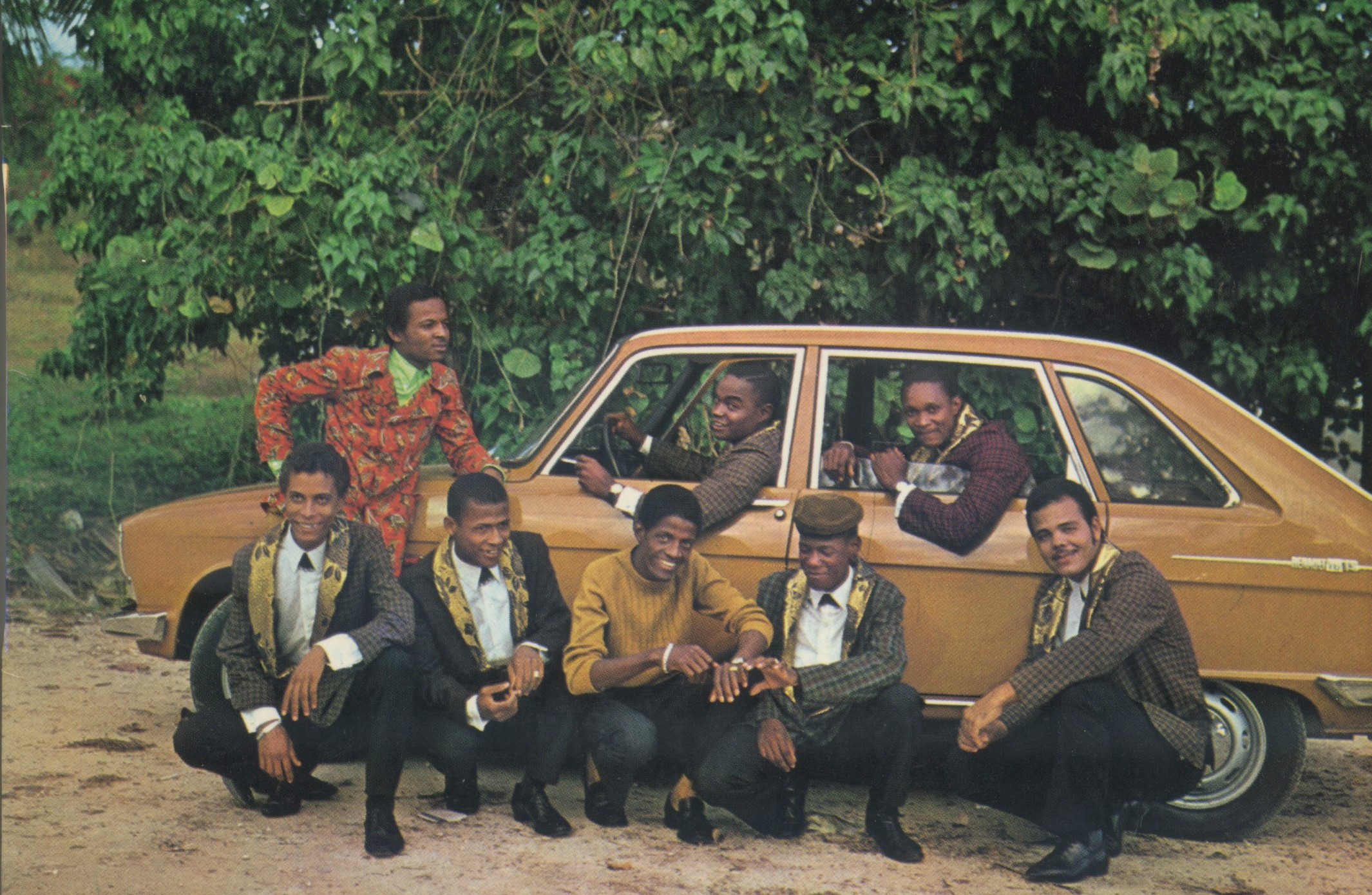 The evidence being the Creole adaptation of the Puerto Rican standard “El Disco Rayado”, a boogaloo tune that is said to have been penned by Margarita Rivera García de Gurabo (Doña Margot Rivera) herself, the mother of the great Ismael Rivera, aka “El Sonero Mayor”. The song is still sung and covered by contemporary artists from Antilles, thus concealing its afro-latin origin to many listeners (cf the many comments on the videos online).

THIS COMPILATION IS A PERFECT WAY TO GAUGE AND GET TO KNOW THE COMPLEXITY OF THE MUSICAL EXCHANGES BETWEEN AFRICA, THE USA, FRANCE AND THE FRENCH WEST INDIES.

According to music specialist Julien Achard, co-founder of Digger’s Digest website and curator of this compilation, Disk La Rayé aimed to “gather danceable tracks from 1966 to 1970, that were at once Latin, Creole and French, and with a typical 1960s sound. The boogaloo theme is a pretext to tell a story of Antilles’ musical spectrum through major labels like DEBS, Aux Ondes and Hit-Parade. We wanted to show the richness of the era’s productions, that immediately followed the trends of USA. But all in all, it really is a Creole boogaloo.”

As disordered and little coherent the tracklist may sound for whom is not a boogaloo and 1960s’ Antilles specialist – the Creole title is not explained or translated ; the tunes cover a wide range of styles – this compilation is precisely a perfect way to gauge and get to know the complexity of the musical exchanges between Africa, the USA, France and the French West Indies. A precious detail lies in the front cover: Guadeloupe, Martinique and Guyane (the three French overseas territories of Antilles) are beautifully painted by the artist Félix “FLX” Vincent, also guitarist in the Pythons de la Fournaise, a band from La Réunion island, another French overseas region with African culture. The loop of syncretism is complete, and can repeat itself ad lib… on a scratched disc!