Elza Soares is back with an anti‑reactionary time bomb 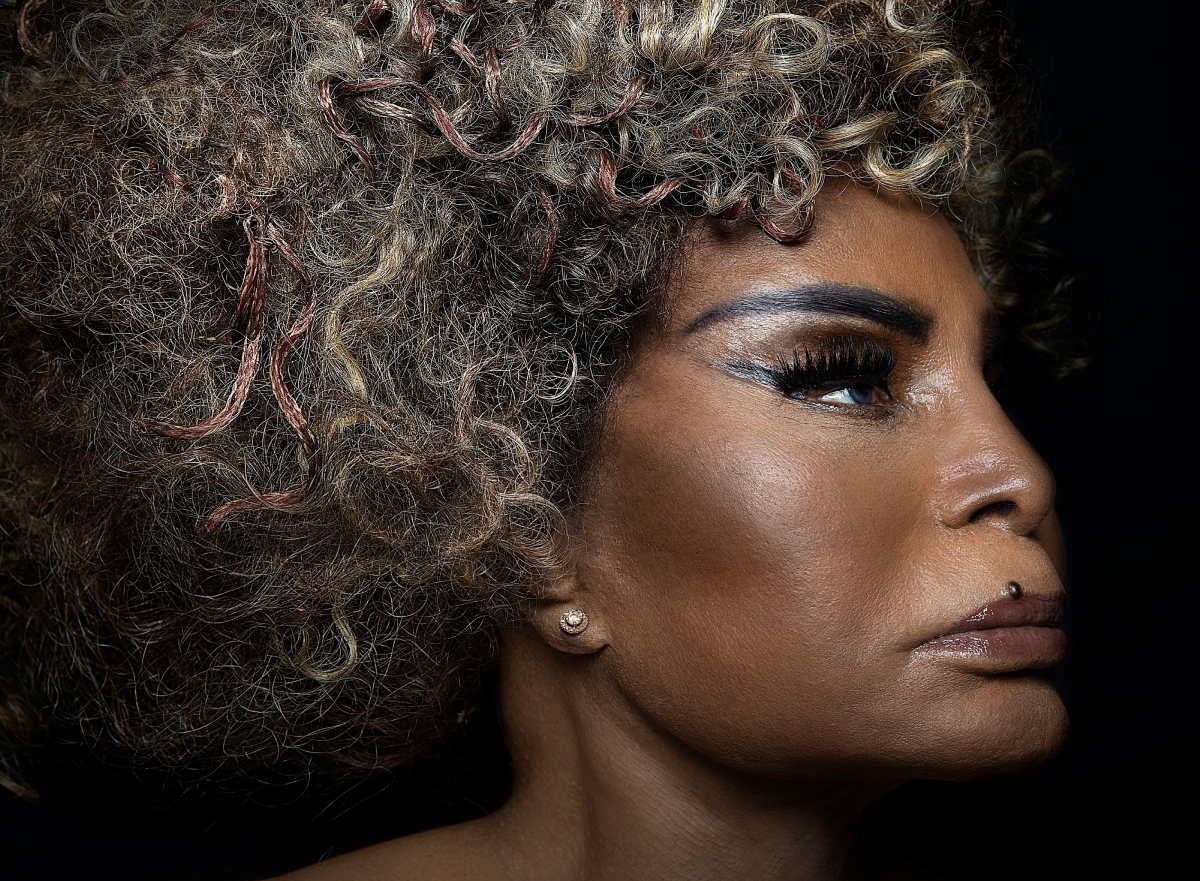 What comes at the end of the world? The self-proclaimed “woman at the end of the world” since 2015 when she released her last album Mulher do Fim do Mundo, unveiled the mystery; after the end of the world comes… God. But not your regular god. God is a Woman, and she’s Black. Elza Soares’ latest album is titled Deus é Mulher, one hell of a sacrilege in a profoundly sexist and catholic country like Brazil. And the art of provocation repeats itself too, after the singer dared to entitle her second album A Bossa Negra (“The Black Bossa”) 58 years ago, facing a society that had always been racist to the core.

“Minha voz / Uso pra dizer o que se cala / O meu país / É meu lugar de fala” (“My voice / I use it to tell what’s kept quiet / My country / Is the place from where I speak” – “lugar de fala” is a safe and judgment-free place to talk for oppressed communities). Never short of provocative energy, which she’s showed since her 20s and her debut in Musica Popular Brasileira – MPB (“Popular Brazilian Music”), Elza Soares has kept the same team she’s had since her last groundbreaking album and put them on the field again. Because there’s a golden rule in futebol (“soccer”) as well as in music: never change a winning team. The coach being Rio-based Guilherme Kastrup, in charge of the production, arrangements and multiple instruments. On the field, in charge of arrangements and performance, the musical avant-garde of São Paulo: Marcelo Cabral on bass, Kiko Dinucci on guitars and keyboards (the pair play together in Metá Metá), Rodrigo Campos on cavaquinho and guitar, as well as other commendable talents, amongst them Mariá Portugal on drums, Maria Beraldo on horns, and lyricists Tulipa Ruiz, Rodrigo Campos and Romulo Frões. Notable guests on the album include the only-female and mainly Black percussion and chants group Ilú Obá de Min, the first Afro-Brazilian bloco de carnaval that appeared in São Paulo. The common point for these field players being that they’re in their 30s or early 40s, and their artistic freedom is as deep as their admiration for Elza Soares, their female leader; 40 years their elder.

This admiration for Elza Soares runs so deep that it gives them the audacity to experiment the richest syncretism the Brazilian music scene has ever heard since Gilberto Gil and Caetano Veloso’s tropicália in the ‘60s. The team daringly ventures into the samba and bossa field – an easy task at first glance, but the real challenge is to make it sound modern – moving them into the more exotic sounds of post-punk, afrobeat and psychedelic rock; they dribble around the national championship of instruments (cavaquinho, classical guitar, violin, pandeiro, and samba percussions) as well as the international outsiders (rhythm box, synthesizers, distorted electric guitar). For the duration of the game, the Brazilian team offer their female coach a perfectly fitted strategy, allowing Elza her freedom to murmur, whisper, shout out and eventually scream, to express how happy she is to be alive as well as how she’s angered to see the promises of an inclusive and united society quickly faded away. The very society that the end of its dictatorship in 1985 had given a taste of. This very society that Lula da Silva had laboriously tried to bring about between 2003 and 2011, during his presidency. No one would argue that post-colonial and post-dictatorship Brazil is today experiencing a deep political and social crisis, and that its society contains almost all of the issues the world has or will have to cope with pretty soon.

Religion, decolonization, sexuality, domestic violence, corruption… the veteran diva of the show spares no prisoners and speaks out loud on the album and on the stage, to represent the voices of the oppressed, at an age when her contemporaries tend to be more discreet (Gal Costa, Maria Bethânia, Caetano Veloso and Gilberto Gil, although the latter is known to be more activist when on stage).

It can be heard on “Exú nas Escolas”, where she criticizes the dominating teachings of Catholicism at school, and advocates the importance of Afro-Brazilian religions and cultures, marginalized or made invisible. Or on “Banho”, penned by lyricist Tulipa Ruiz, where she pays tribute to two orixás figures that represent women and the water that comes out of their eyes, mouths and vaginas: “Eu não obedeço porque sou molhada” (“I won’t obey, because I’m all wet”). This mystic and sensual prayer/manifesto has become the unofficial anthem of the lusophone lesbian community. Or on “Eu Quero Comer Você” (“I want to fuck you”) where she explicitly talks of a woman’s sexuality with an infectious pride. Or on “Credo” where she assures that “love is a god that has nothing to do with religion”. Or on “Dentro de Cada Um” where she confronts both patriarchy, sexism and homophobia:

[loose translation by the author]

Deus é Mulher is a bible for transgression, a manifesto for activism addressed to the oppressed minorities of Brazil and anywhere else. This anti-reactionary time bomb should be placed into the hands of anyone who has the courage to fight. “Nós não temos mesmo sonho e opinião / Nosso eco se mistura na canção / Quero voz e quero o mesmo ar / Quero mesmo incomodar” she confesses in “Língua Solta”: “We don’t share the same dreams and opinions / Our echoes merge into this song / I want a voice and I want the same air / I really want to provoke.” Elza Soares and her team are in a league of their own, truly too dangerous to be let on the field of panem et circenses that has long ruled the society. 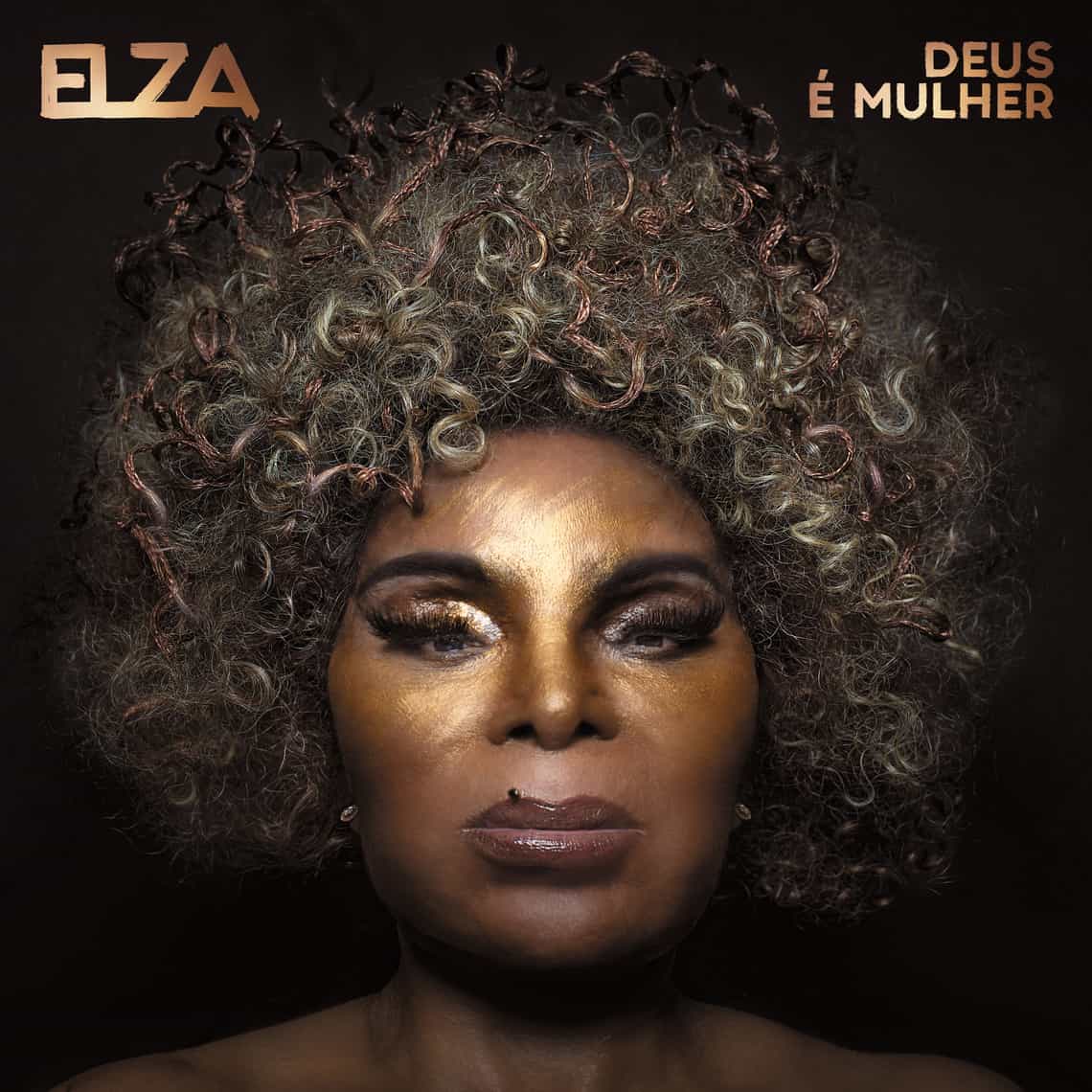